It might boast one of the most extensive ranges in town, but Samsung’s UK flat TV offering has nonetheless got something missing; a little something called ‘Full HD’.


The brand may have given us ultra cool designs, wide colour gamut technology, specialist game modes, a wide viewing angle system, special filters for soaking up ambient light, and loads more besides… but squeezing 1,920 x 1,080 pixels into a panel has just not been on the Samsung menu. Until today.


Samsung’s first Full HD LCD TV is the LE40F71BX – and as with all Samsung’s current models, it looks a million dollars. The build quality is impressive, the gloss black finish is sublime, and the little silver strip angled back along the bottom is exquisite. 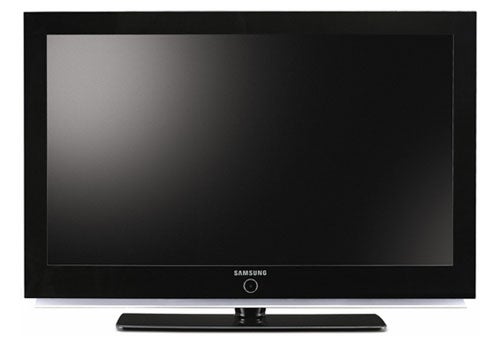 It’s suitably well connected too, with twin HDMIs and a component video input leading the HD charge, backed up by a PC jack, two Scarts and even slots for JPEG-carrying USB devices or any of nine different multimedia card formats. There’s even a PictBridge output for sending pictures to a printer, for heaven’s sake!


Heading back to the 1,920 x 1,080 full HD resolution, we’re pleased to find Samsung making the most of its pixel count by supporting playback of the new 1080p format now gaining currency thanks to its appearance on many Blu-ray HD film discs.

Aggravatingly, though, the set doesn’t go the extra full HD mile by supporting 1:1 pixel mapping with video sources. In other words, if you feed a 1,920 x 1080 source into the 40F71BX, it automatically applies overscan – and there’s not a damn thing you can do about it.


This matters because ‘overscanning’ a picture means pushing the extremities of it off the screen to hide any ‘mess’ a broadcaster or DVD masterer might have left around the edges. But if you push the edges of a 1920×1080 high definition picture off the edges of a 1,920 x 1,080 resolution screen, it follows that you’re having to use scaling software to adjust the incoming picture’s size. So even though this size change to the image might be tiny – around three per cent in the case of this Samsung – it still means you’re no longer showing the picture in its pristine, scaling-free pixel to pixel form and so you’re potentially introducing all kinds of noise and artefacts caused by your scaling system.

Of course, there are instances where some HD sources do leave a line or two of mess around their edges – as we saw when we hooked a Sky HD box up to the Philips Cineos 37PF9731D. So what you really want on a full HD TV is the option to apply overscan or not, depending on what your source dictates.


Sorry if we seem to have banged on about this for too long, but to the sort of AV purist most likely to be interested in a full HD TV, rescaling HD signals arguably defeats the whole object of having a full HD resolution in the first place. Just to make the situation extra confusing, though, Samsung HAS permitted 1:1 pixel mapping via one port: its VGA PC input. 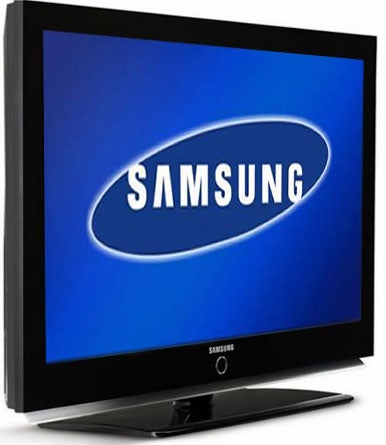 Happily the 40F71 has a few other neat features up its sleeve to try and win us back to its cause. Not least among these is Samsung’s ‘eXtended Wide Colour Gamut’ system that uses improved phosphors and backlights to produce almost a third more of the natural colour spectrum than standard LCD TVs.


Just when things are starting to look up, though, we uncover another nasty surprise: the 40F71 doesn’t have a digital tuner for Freeview reception. Given that Freeview tuners are present across practically the entire rest of Samsung’s flat TV range, we can only surmise that it’s absent from this otherwise ‘flagship’ product is because Samsung felt it had to rush it out before it could customise it for the UK marketplace. Not that this is any excuse, mind.

Thankfully, after spending a few crucial moments adjusting the picture from its frighteningly OTT factory presets, the 40F71B puts its best foot forward with its picture performance.


The colours are so vivid, in fact, that you may find they take some getting used to. But persevere, and after a few days your TV will generally look ‘right’ while your friends’ TVs start to look rather flat and listless.


With some serious brightness underpinning the colour vibrancy, it’s surprising that the 40F71’s images don’t look noisy. But possibly partly because of the high native resolution and partly because of its noise reduction systems, its pictures – at least its HD ones – are actually impressively clean. 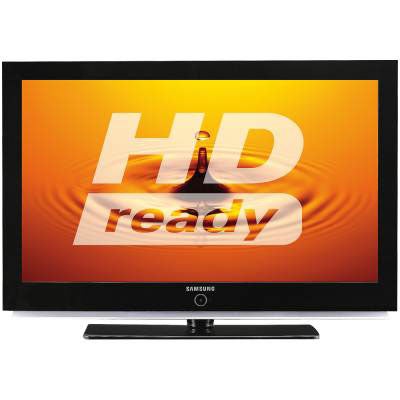 Even better, this lack of noise isn’t achieved by artificially softening the picture. On the contrary; HD pictures actually look terrifically sharp and detailed, and don’t even soften up badly when there’s motion to handle.


Add to these strengths some good – though not quite great – black levels and the ability to be watched from a much wider viewing angle than is common in the LCD world, and you really have got a talented performer.


But you haven’t got a perfect one. For instance, remarkably wide-ranging and eye-catching though the colours are, they do occasionally slip over into looking cartoonish. And second, while HD footage looks mostly excellent, standard definition softens up a little and can look noisy if the source is anything less than perfect.


Finally, the 40F71’s sound doesn’t do its pictures justice. The speakers are actually tucked under the screen above that angled strip along the bottom edge, a seemingly design-led idea that means you don’t get enough raw power and frequency response to fully involve you in what you’re watching.


As an HD monitor, the 40F71 is a tantalising full HD option, especially given its appealingly low price. But its lack of both 1:1 1,920 x 1,080 video playback and a digital tuner, together with one or two colour inconsistencies, mean we can’t give it a completely unreserved thumbs up.