The great TV bargain bonanza shows no sign of letting up, despite recent pronouncements by some (so far conspicuously Japanese…) electronics brands to the effect that their prices will have to go up by as much as 25%.


For instance, the Samsung LE40A558 40in LCD TV I’m looking at today started life costing north of a grand. Yet while researching this review, I managed to find it for just 578 pounds and 99 pence – a steal for a seemingly well-specified 40in LCD TV from an increasingly respected brand.


Inevitably, though, your £579 is not getting you anything like the highest reaches of Samsung’s current flat telly range. And so, for instance, while it’s certainly attractive in its high-gloss, subtly curved and accented body, it lacks the red-tinged aesthetic flourish introduced by the step-up A656 range. 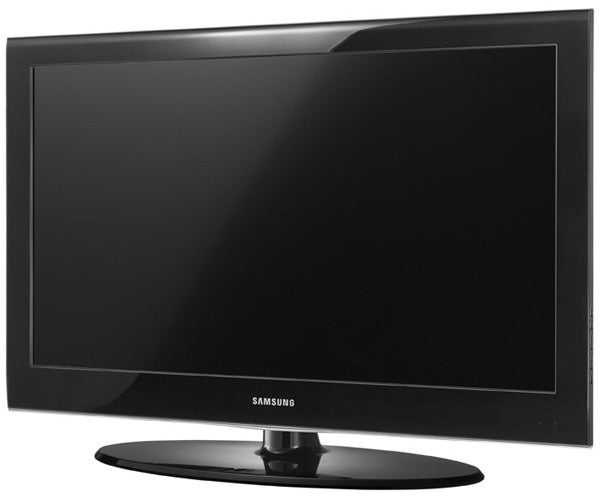 What’s more, there’s no sign of the Internet connectivity or Content Library functionality sported by models from the A756 series up, or the LED backlighting technology that so illuminated – pun very much intended – the A956 model we looked at.


Having said all that, it certainly wouldn’t be fair to call the 40A558 basic. Its connections, for instance, include a very respectable three HDMIs, a side-mounted USB port for playing MP3 music and JPEG stills into the TV from USB storage devices, and a dedicated D-Sub PC port – alongside all the usual more basic stuff.


A trawl through the prettily presented onscreen menus, meanwhile, turns up a reasonable amount of user flexibility around the 40A558’s pictures. Examples of some of the more esoteric stuff on offer includes a black adjustment, an optional, multi-level Dynamic Contrast system, gamma adjustment, white balance fine-tuning, fleshtone adjustments, Edge Enhancement, noise reduction, and, last but not least, Samsung’s Movie Plus system, which interpolates extra frames of image data in a bid to reproduce motion more naturally.

The only serious concern about the 40A558’s specification is its lack of any 100Hz processing to back up the Movie Plus arrangement. After all, the frame rate-doubling antics of 100Hz have a proud history of profoundly improving most LCD picture performances, while Movie Plus has a tradition of tending to struggle without 100Hz to support it.


Sadly this tradition is all too evident on the 40A558. Fed a fast-paced HD fight scene, like the black and white one in the toilets at the start of ”Casino Royale” on Blu-ray, even on its lowest setting the Movie Plus feature makes the picture look rather twitchy and flickery. And the processing artefacts merely amplify the higher up the Movie Plus power settings you climb.


Unfortunately, though, since there’s no 100Hz on the 40A558, if you leave the Movie Plus mode off completely, motion starts to suffer from occasional yet quite noticeable blurring and resolution loss. It’s a classic case of damned if you do, damned if you don’t.


While we’re discussing the 40A558’s image processing situation, I also must say that I’m not a big fan of the Edge Enhancement tool. For me, this generally makes pictures look rather forced and inconsistent, with edges taking on an over-exaggerated life of their own. 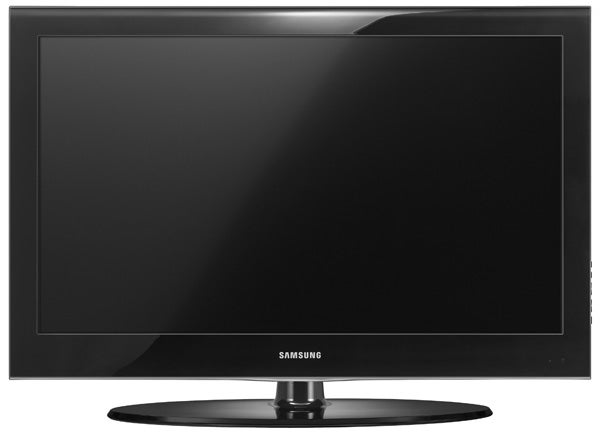 One more negative to throw into the pot at this early stage concerns the 40A558’s viewing angle. For while far from the worst I’ve seen, it certainly isn’t the best either, generating a few contrast and colour problems for anyone watching from much of an angle.


Having ripped into the 40A558 rather mercilessly so far, it’s high time I introduced some much-needed positive balance. For the fact of that matter is that in most ways, beyond those already covered, the 40A558’s pictures are actually very good for what’s now so affordable a TV.


Black levels, for instance, are unusually deep and neutral in tone, suffering far less with the customary greyness than the vast majority of similarly priced competitors. This helps dark scenes like the one where Bond has to try to resuscitate himself outside the casino appear with an impressive sense of depth and credibility, while also providing a terrific counterpoint for the 40A558’s colours.


And very impressive these colours are, too, provided you avoid the ludicrous ‘Dynamic’ factory preset. Obviously there’s the typical LCD/Samsung trait of extremely rich, bright saturations. But far better in the context of the 40A558’s price point is just how believable those colours are, thanks to a surprisingly expansive and sensitive palette, and smooth, stripe-free blends. There’s little if any sign with HD of the generally ‘PC graphics-flavoured’ colour tones – with their particularly troubling over-pink or green-tinged skin tones – often witnessed on sub-£600 flat TVs. Colour tones even hold up pretty well when you’re watching standard definition footage.

Standard def playback is notable, too, for how relatively free of MPEG and mosquito noise it looks compared with the efforts of most ultra-affordable Full HD sets.


Relatively static HD images, meanwhile, such as the shots of Bond recuperating on a gorgeous hillside following his eye-watering testicle/knotted rope interaction, reveal the 40A558 to be quite excellent at pulling out all the lovely fine detail that makes HD so lovable. Leaves, individual grass shoots, stubble, skin pores – all these traditional signs of HD quality are present and correct.


There is, of course, a degree of irony to this, in that the sharpness of static footage to some extent emphasises the smearing and softness introduced when things start moving around. But hey – at least it’s nice to know that the core detailing talent is there. 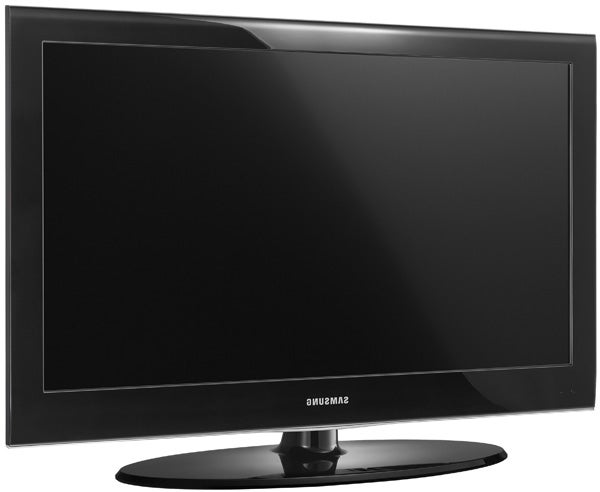 It’s not just the 40A558’s pictures that are caught out by action scenes, either. They also prove a bit of a challenge for the set’s audio. In standard mode, for instance, the sequence where Bond averts an attack on a new ‘superjet’ lacks dynamic range and clarity, ending up sounding slightly thin and muddled.


Turning to the provided SRS TruSurround XT processing improves the soundstage width and even the sound’s general frequency range, But since this mode can’t suddenly conjure extra speaker power out of thin air, there’s a price to pay for the expanded dynamics in the form of subdued vocals.


The various motion issues exhibited by the 40A558’s pictures make it impossible for me to give it a whole-hearted recommendation, and will likely make it a non-starter for AV purists. In other words, if I’m honest, I wouldn’t seriously consider buying one myself, saving up instead for something from the A656 series or beyond.


However, if you’re one of the growing number of people out there more interested in raw screen size for your buck economics than the last word in AV quality, the 40A558 has far more going for it than the vast majority of its cheap and cheerful rivals.