Red, it seems, is the new black. For hot on the heels of LG’s extraordinary ‘Scarlet’ TV, we now find ourselves staring agog at another TV with red as its central theme: Samsung’s LE32A656.

The red in this case, though, is rather more subtly employed than was the case with LG’s Scarlet set. For here it’s not so much an in-your-face blaze of red glory, but rather a delicate hint of red introduced into the largely black colour of the bezel that becomes more obvious the further towards the outside edge you look. 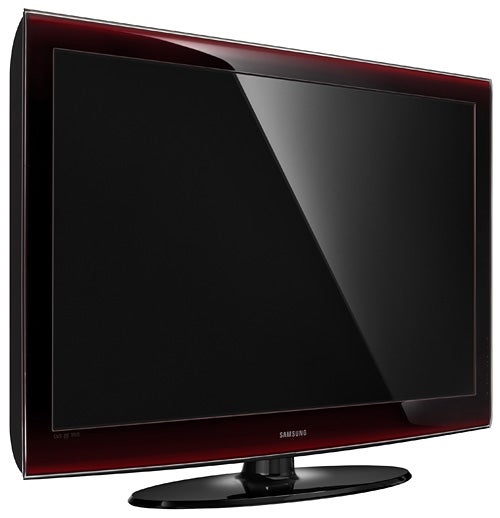 While less aggressive design-wise than the LG model, the LE32A656 is certainly no less gorgeous. Indeed, I suspect that its extra subtlety together with the flash glassy panel that’s fitted over the top might win it a few more fans than even the LG.

It’s not just in its ‘hint of colour’ that the LE32A656’s design innovates, either. For the TVs in the A656 range are the first to be put together without rivets or glue. God knows what is holding it all together, but whatever it is, we’re sure it’s jolly cleverl

Also jolly clever is the set’s provision of a rather marvellous four HDMIs. Especially as they are all built to the latest v1.3 specification and can all lap up 1080p/24 feeds from Blu-ray players. Other jacks of note, meanwhile, include a D-Sub PC port, and a USB 2.0 socket you can use to play MP3 audio and JPEG still files into the TV. 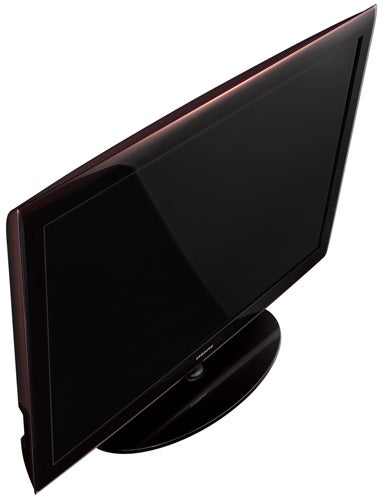 A search through the LE32A656’s other specifications reveals that this is the first 32in TV Samsung has done with a full HD resolution of 1,920 x 1,080 pixels. Cool. What’s more, it combines a dynamic backlight system with proprietary filters built into the screen to deliver one of the highest claimed contrast ratios we’ve seen on a 32in TV: 15,000:1. Though high this may be, we have to say it’s hardly in the same league as the 50,000:1 quoted by this TV’s 40in sibling.

Also potentially key to the LE32A656’s capabilities is its Movie Plus system. The latest version of this Samsung process introduces extra frames to the image in a bid to counter LCD’s problems with showing motion with everything from standard definition Freeview broadcasts to the latest Blu-ray extravaganzas.

Final little features worth running by you that we found tucked away in the 32A656’s menus include a flesh tone correction system, edge enhancement, noise reduction, gamma tweaks, a black level booster, and finally a handy selection of picture-in-picture tools.

In action the 32A656 is mostly very good indeed, with one tiny area of disappointment.

Contributing to the ‘very good’ part of the equation is the rather excellent Motion Plus engine Samsung has employed on the 32A656. During a run-through of ”Casino Royale” on Blu-ray this effectively delivers the dream combination of notably crisper motion handling for action sequences like the opening freerunning sequence, but few if any processing artefacts such as edge flicker or lag. Superb.

The picture is also breathtakingly sharp. You can thus, for instance, make out pores and stubble on Le Chiffre’s face as he speaks from his cellphone in Uganda, even though the shot is by no means an extreme close up. This exceptional sharpness is partly down to the Motion Plus processing, partly down to what I take to be some genuine improvements in the DNIe system, and partly down to the screen having a full HD resolution and knowing how to use it! 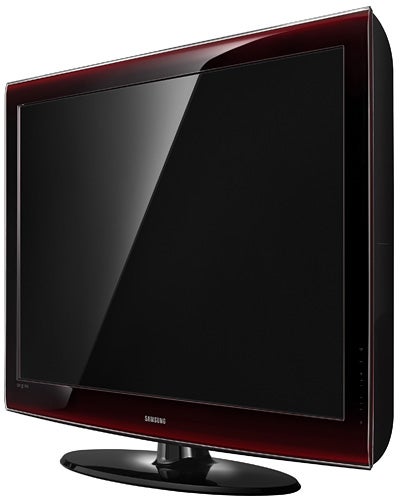 The LE32A6556’s picture is also striking during, for instance, the sun-drenched scenes in the Bahamas, thanks to both the sheer brightness of its pictures and the impressive vibrancy of its colours. What’s more, as with all the best LCD TVs this impressive colour saturation doesn’t come at the expense of tonal accuracy, as everything from the tricky skin tones on show in the various casino sequences to the rich blues of the Bahamian skies and stunning red of Vesper Lynd’s dress looks entirely credible rather than overcooked or ‘PC-like’.

Yet more good news concerns the LE32A656’s handling of standard definition, with Samsung’s latest processing engines doing a much better job of converting standard def stuff to the screen’s full HD resolution than we saw on its previous LCD range.

The black level response on show during dark scenes like ”Casino Royale’s” infamous ‘nutcracker’ torture sequence, meanwhile, is a cut above that offered by most rival 32in screens. Yet at the same time I did feel there was a touch more greyness in really dark corners than I felt aware of with the 40in 40A656, and a little less shadow detail.

Aside from this really quite minor issue, though, the only other complaints I have about the 32A656’s pictures are mere matters of settings; for instance, choose the Dynamic preset and pictures can suddenly look garish and noisy. Or set any of the black level boosters too high and pictures soon look forced and unnatural.

Be careful with such settings, though, and your reward is a prime contender for the title of best 32in LCD picture we’ve seen to date.

These are exciting times in the LCD world, with designs and picture quality improving at breakneck speed across the board. But on the evidence of the 32A656, for now at least – until the arrival of Philips’ imminent new range, perhaps? – Samsung’s A656 range remains very much the one everyone else needs to beat.