So successful has Samsung been with its media-friendly ‘hint of red’ A656 LCD range that it hasn’t really seemed as particularly bothered about marketing its other LCD TVs. Certainly it’s taken us an age to get our hands on something from the brand’s ‘5 Series’.


But our perseverance has finally paid off, and we have a 32in LE32A558 sat on our test benches as we speak. And first impressions of this new set are, well, mixed.


The problem is that it’s hard not to feel an immediate pang of disappointment at how relatively ‘straightforward’ the A558 looks versus the red-tinged glories of its A656 siblings. But to be fair, once you’ve got over this, you start to appreciate that the design is actually still very nice, partly thanks to the extreme minimalism of its gloss black lines, and partly due to the quality of its finish.


In terms of connections, the 32A558 is good, but again not quite as good as the A656 range. The key difference lies in the 32A558’s provision of three v1.3 HDMIs versus the A656’s four. Still, three will probably be more than enough to keep most TV viewers perfectly happy. Plus, of course, most 32in TVs from rival brands also currently favour three HDMIs over four. 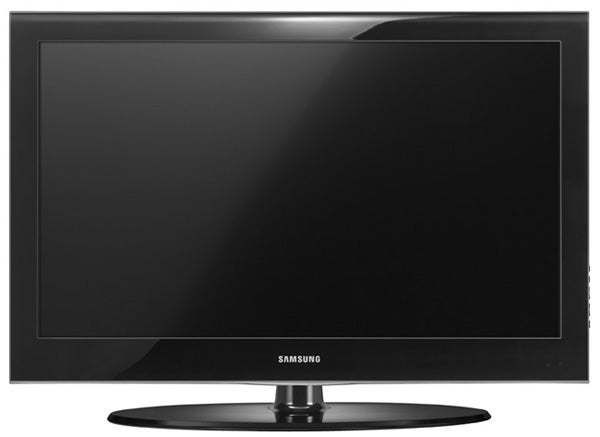 It’s nice to find that the 32A558 retains a ‘wiselink’ USB port for playback of JPEG photos and MP3 audio files, as well as a digital audio output and a dedicated PC jack, alongside all the typical TV basics.


Despite only costing £487, the 32A558 is, remarkably, a Full HD set, like its A656 brothers. We know there are a few cynics out there who don’t reckon there’s much point having a 1,920 x 1,080 pixel count in a TV as small as 32in. But we reckon there really can be visible differences in the way high quality Full HD 32in sets can present the UK’s 1080-line HD sources, so we’re always happy to see them. Provided, that is, they also do well at getting around the traditional Full HD weakness when it comes to showing standard definition.


The 32A558’s other key specifications line up pretty well too, with a decently high claimed contrast ratio of 15,000:1 (the same as the A656 range) achieved via a dynamic backlight system, and picture processing on hand from the Samsung’s Movie Plus and DNIe+ systems.


The first of these processing systems sees the TV interpolating extra images into what you’re watching to make motion look sharper and more fluid, while DNIe+ targets a number of key picture elements such as fine detail resolution, colour response and motion blur.


Other noteworthy tweaks tucked away in the 32A558’s very presentable onscreen menus include a backlight adjustment, a ‘Black Adjust’ option, the option to vary the aggressiveness of the Dynamic Contrast system, a gamma adjustment, a white balance adjustment, a flesh tone adjustment, an Edge Enhancement tool, and a noise reduction tool.

This all adds up to a pretty impressive level of flexibility for a 32in set costing the right side of £500 – though as we’ll see, you might find yourself spending more time in the presence of some of these features than you’d really like…


Before we move on, it’s worth pointing out one feature that the 32A558 does not have, namely 100Hz. Used by some rival TVs – and bigger sets in the A558 range, come to that – to counter LCD technology’s traditional issue with losing resolution over moving objects, hopefully we’ll find the lack of 100Hz on the 32A558 negated by the Movie Plus system.


The 32A558’s pictures seem to be pretty much on a par with those of the 32A656 – no bad thing considering how impressed we were by that TV’s pictures back in May. That said, the 32A558 also proves that three months can be a long time in TV technology, as its pictures no longer stand out from the LCD pack as starkly as 32A656’s once did.


Starting with the good news, the 32A558’s HD pictures look impressively sharp and detailed, at least where there’s not much motion to deal with – especially if you use the TV’s Exact Scan mode. This perfectly maps the 1,080 lines of HD sources to the 1,080 lines of pixels in the TV’s screen, delivering a definite jump in sharpness as you take image rescaling out of the processing equation. 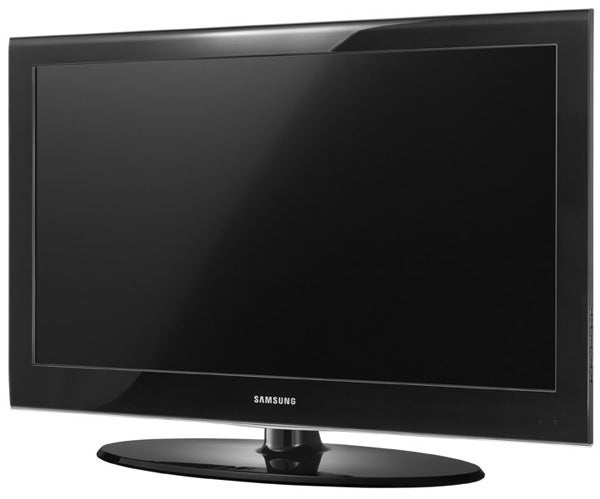 There’s a good degree of subtlety in the screen’s colour rendition too – another potential benefit of the Full HD pixel count, which sees colour blends looking free of ugly striping.


The picture retains its quality from a much wider viewing angle than is common in the LCD world, meanwhile, making it an instant hit with people whose living room layouts demand that members of the household have to sit to the side of the TV screen.


Motion is quite well handled too, with only a little blurring and resolution loss, and black levels are decent, reproducing nicely the dark corners of the low-lit Epitaph online level in Halo 3 (which I’ve suddenly become obsessed with all over again for some reason).


However, you’ll have noticed that we didn’t exactly rave about the 32A558’s motion or black level handling. This is because of advances in those areas made by one or two recent sets from other brands. This means I’m now slightly more aware of the 32A558’s soft look to rapidly moving objects, especially when watching standard definition, and slightly more aware of a touch of greyness in dark areas on the 32A558 than I was when I saw the 32A656.


You can improve the motion situation by turning the Movie Plus feature up to its medium or high setting, and darken black levels with careful tweaking of the backlight, black boost and dynamic contrast settings. However, if you crank the Movie Plus feature above its ‘Low’ setting, sporadic glitches and twitches start to crop up in the image, especially during rapid camera pans. And focussing too much on black level depth can significantly reduce the amount of visible shadow detail in a dark scene.

Colours on the 32A656 also need a bit of TLC before you get the best out of them. With any of the factory presets there seemed to be a tendency to exaggerate rich colour elements like green grass and blue skies at the expense of truly believable tones for subtler image elements, such as skin. Using the features in the TV’s menus can thankfully partly correct this situation, achieving a more even-handed and natural colour finish – albeit at the expense of some colour vibrancy.


The set’s standard definition is fair to middling by Full HD TV standards. Things look rather noisy using the same picture settings that favour HD material, but careful manipulation of the noise reduction and backlight settings improves things to the point where standard def becomes at least passably enjoyable. 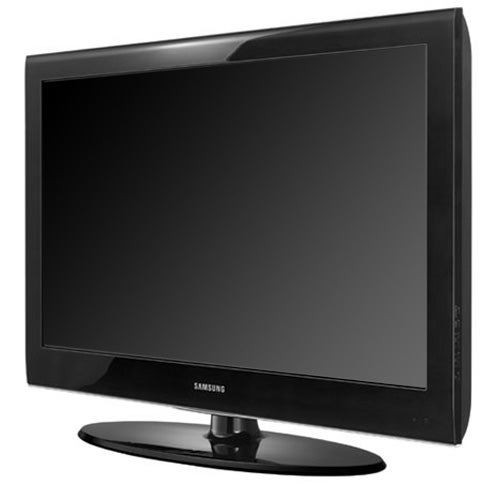 You’ll probably be starting to understand by now where I was coming from when I suggested earlier that you might well find yourself spending quite a bit of time in the TV’s menus, tweaking various settings. I should add here that you need to be careful with the noise reduction and edge enhancement options too, as the former can make pictures soft while the latter can make edges look stressed.


Of course, we don’t mind a bit of regular feature tweaking provided the results are worth our time. But with this in mind, we’re bound to say that while time spent in the 32A558’s menus is rewarding, it’s not as rewarding as such tinkering on, say, Philips’ PFL9603 or PFL9703 sets.


The LE32A558’s sound is underwhelming. As usual with Samsung TVs, the speakers have been made ‘invisible’ to preserve the purity of the set’s design, and this seems to prevent the soundstage being driven out of the set with as much force, clarity and bass as we’d like. We’re not suggesting here that the whole idea of ‘invisible’ speakers is flawed; JVC and Philips have both proved that it really is possible to get power and range aplenty out of a hidden speaker design. It’s just that Samsung isn’t getting quite as much out of its system as we’d like.


The LE32A558 is a cute, well-specified TV and a likeable performer once you’ve put in some time sorting out its picture settings. Its strikingly low price also hugely enhances its appeal. But with the prettier, better-connected Samsung LE32A656 only costing a little more these days, and other TVs setting new standards in terms of picture performance, it ultimately only finds a place in our good pile, not our great pile.