I’ve been trying to get this TV off Samsung for absolutely sodding ages – but they’ve simply refused to play ball. Which is weird, since Samsung is actually rather more efficient than most when it comes to supplying review products. In fact, Samsung’s apparent reluctance seemed so weird that I started convincing myself there must be something wrong with the LE37R87BD they didn’t want me to discover. And my tragic obsession eventually reached the point where I just had to source a 37R87BD from a third party I know, rather than just leave it alone.


So now that I’ve had the chance to spend some quality time with it, have I found some dark, dirty secret lurking within its 37in body? Er, no. Actually there’s nothing wrong with at all.


For starters, just look at its price. Under £500 for a 37in LCD TV from one of the TV world’s biggest brands looks like a heck of a bargain from where I’m standing. 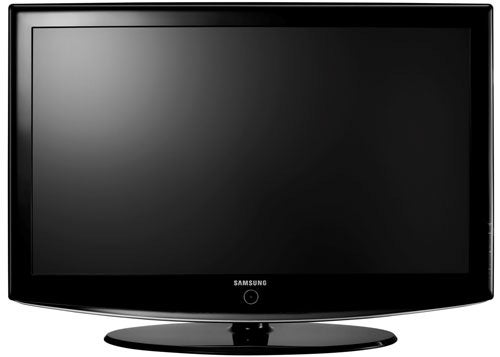 Also, if you could judge a book by its cover, the 37R87BD would be the best TV in the world. Its sleek black finish, subtly curvaceous lines and minimalist stance make it for my money the single prettiest 37in LCD TV around right now – at least without spending megabucks on stuff from premium brands like Loewe and B&O.


As my opening to this review implied, the LE37R87BD is not the newest 37in TV on the market. But it still shames many more recent – and more expensive – rivals by providing a very healthy three HDMIs alongside the usual component video input, PC jack, S-Video, SCARTs and so on. Plus there’s a digital audio output for shipping on digital audio tracks received via the HDMIs.


The HDMIs are not, it should be said, built to the new v1.3a specification, meaning the TV is not compatible with the Deep Colour enhanced picture quality format now appearing on a couple of upcoming HD camcorders. And nor, more alarmingly, are the HDMIs able to receive 1080p/24fps feeds of the sort now receivable from the majority of Blu-ray players.


But you know, I really don’t think either of these ‘shortcomings’ are remotely deal breakers on a TV as cheap as the 37R87BD. After all, neither of them automatically mean that the 37R87BD can’t produce tasty picture quality. Especially since in many other ways the set is surprisingly well featured.


Then there’s Movie Plus, which draws up extra image frames and inserts them between the ‘real’ frames coming in from your source in a bid to make motion look sharper and smoother.


The 37R87BD also retains a feature designed to accompany Samsung’s original tie-up with the launch of the Xbox 360 console, namely a Game mode reckoned to cut the screen’s response time so that your gaming skills aren’t damaged by screen lag.


The screen at the 37R87BD’s heart is HD Ready in nature rather than sporting a full HD pixel count of 1,920 x 1,080. But this is as we’d expect given the set’s lowly price. And in respect of another key specification – claimed contrast ratio – the 37R87BD actually considerably outperforms our expectations by promising a very healthy 8,000:1. 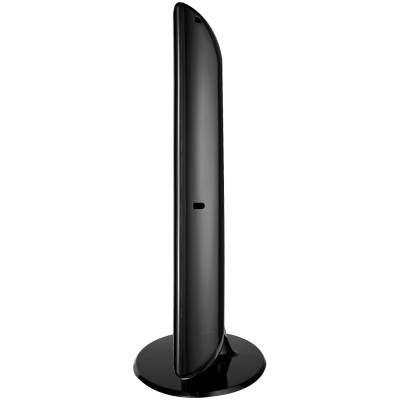 Although regular readers may be getting fed up with hearing this, though, I do have to remind you that this figure is only achieved by sacrificing a little brightness during dark scenes, reducing the backlight in order to make blacks less cloudy.


Still, it turns out during a run through of the perpetually dark ”Blade Runner” on Blu-ray that the 37R87BD’s ‘dynamic backlight’ system actually works rather well by the standards of such an affordable TV, producing reasonably deep, grey-free black levels while also retaining a fair amount of background shadow detailing.

Obviously for this money I’m not talking about the same sort of black level prowess witnessed on higher-end Samsung models like its M series, or especially its premium LED backlight range. But it’s certainly a cut above the same-price competition.


Black levels as proficient as these are usually accompanied by some decent colours, and here again the 37R87BD doesn’t disappoint. Bright parts of the image, such as ”Blade Runner’s” vivid neon advertising boards, look radiantly vibrant and dynamic, with rich colours that also, with the exception of one or two particularly tricky low-lit skin tones, enjoy pretty natural hues.

The 37R87BD outperforms its price point when it comes to the picture’s sharpness and fine detailing too, doing full justice to the impressive amounts of fine detail Warner has managed to reproduce from what is, after all, a relatively old film by modern home cinema standards. Even better, the generally high level of detailing is achieved without attendant grain or the common tendency to over-stress harsh edges.


The 37R87BD’s standard definition pictures are relatively light on noise too, surviving being scaled up to the TV’s HD Ready resolution surprisingly well. 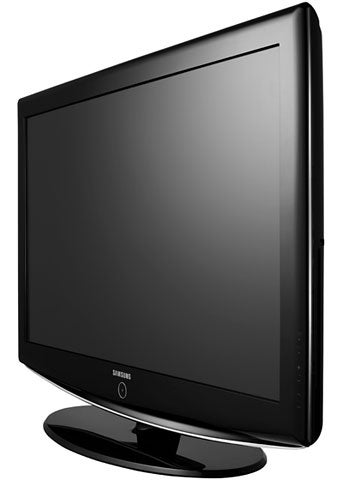 Really the only serious complaint I can muster about the picture quality, at least with its price in mind, is its motion handling. It’s not shockingly bad by any means, but there’s no getting round the fact that no matter how I adjusted the TV’s settings, I couldn’t ever quite get moving objects to look as crisp or noiseless as I’d like.


For instance, without the set’s Movie Plus mode engaged, objects definitely lose resolution as they pass across the screen. Yet when I call Movie Plus in, although motion looks crisper, moving objects also appear with a sort of flickering noise around their edges that’s often more distracting than the loss of resolution Movie Plus is designed to address!


Considering that the speakers in the 37R87BD’s frame are clearly subservient to the requirements of the TV’s extravagantly minimalistic design, they don’t sound too bad. Bass is decently abundant, and doesn’t sound too ‘poppy’, and the mid-range is clean and well-rounded if not quite powerful enough to really open up to meet a good action scene.


Despite its issues showing motion, the 37R87BD would be a solid LCD TV at any price. So at under £500, it’s got to be one of the bargains of the year.