Clearly, size matters. For surely if Samsung was anything less than the world’s largest maker of LCD panels it wouldn’t be able to sell a 32in LCD TV as packed with features and quality as the LE-32R87BD for south of £500.


Right from the off the price/quality equation just doesn’t seem to make sense. The TV’s sumptuous high gloss finish, minimal fascia and subtle but telling curves all belong on a premium TV, not one priced at the ‘bargain basement’ level.


Then there are its connections, which include – drum roll please – three HDMI sockets. Fancy attaching a Sky HD box, a PS3 and an HD DVD player all at the same time? Well, with the 32R87BD you can.


What’s more, the trio of HDMIs hasn’t led to compromises elsewhere, as we spot among other things a component video input, a D-Sub PC interface, an optical audio output for passing along digital audio tracks received via the HDMIs, and a Common Interface slot which, as always, immediately alerts us to the presence of a built-in digital tuner. 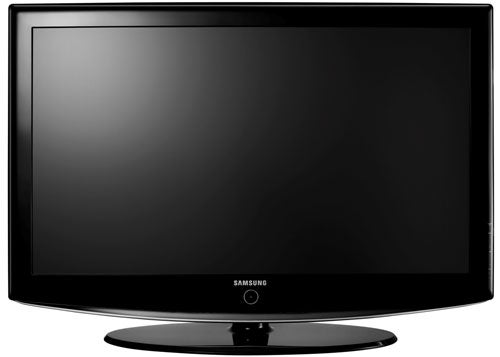 The HDMIs aren’t just for receiving your lovely HD source pictures, either. They’re also compatible with the new ‘CEC’ industry standard, meaning you can control via the TV’s remote any CEC-enabled sources attached to them. Cool – especially since, unlike the similar system offered on Panasonic’s latest LCD TVs, Samsung’s approach generously works with other brands of kit.


There seems little sign of price-induced corner cutting with the 32R87BD’s specifications, either. The native 1,366 x 768 resolution joins with the connectivity in making the set fully HD Ready, while a claimed contrast ratio of 8000:1 is actually higher than that of most 32in LCD TVs costing twice as much.


Inevitably this contrast ratio isn’t an entirely ‘pure’ figure, since it’s only achieved by reducing the output of the backlight during dark scenes, to make black levels look deeper. But we’ve seen some of these ‘auto backlight’ systems deliver very good results on LCD TVs before – including some earlier Samsung models.

Pictures are also boosted by Samsung’s ‘Wide Colour Enhancer’, which uses a combination of processing and enhanced phosphors to deliver a wider colour gamut than a ‘normal’ LCD screen, as well as what Samsung claims to be around four times as many potential colour gradations.


Then there’s Samsung’s Digital Natural Image Engine (DNIe), a picture processing tool designed to boost motion, colours and detailing while also reducing noise levels. And last but not least you get an intriguing new picture tool called Movie Plus. This apparently calculates and then adds extra frames of picture information to counter the loss of resolution over moving objects that customarily causes LCD technology so many problems. 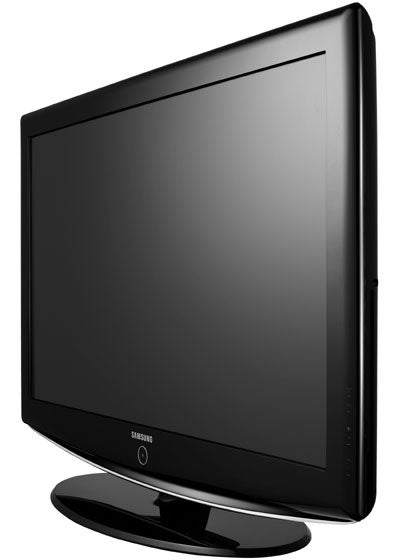 Unfortunately, though, it doesn’t work very well. Activating the feature from the 32R87BD’s attractive, well-organised onscreen menus causes two things to happen. First, moving objects do seem to cross the screen more smoothly and retain slightly more resolution. But second, their edges sometimes flicker and shimmer, which can at times be more distracting than the problem Movie Plus was designed to counter! This is a pity, since without Movie Plus the 32R87BD does suffer with slightly more blurring of motion than some of its best rivals.


Considerable compensation for the 32R87BD’s motion problems, however, comes from the fact that in just about every other way its pictures are considerably better than you’ve any right to dream they could be for under £500.


Colours, for instance, are sensationally vibrant, delivering the full splendour of your customised dream machines in the Xbox 360’s Forza Motorsport 2, and all the neon delights of Shanghai at night in the HD DVD of Mission: Impossible III. But as well as the rich saturations, there’s also more subtlety in colour blends and tones than we’re accustomed to seeing from Samsung, which gives pictures a greater sense of solidity and naturalism.


Going back to HD images, the 32R87BD delivers them with a pleasingly fine eye for tiny detailing and texturing, a fact which combines with some impressive suppression of video noise to produce exactly the sort of crispness and ‘snap’ that we always like to see while viewing HD material. It’s worth noting, too, that the DNIe system also helps the 32R87BD’s standard definition presentation look slightly sharper than most. 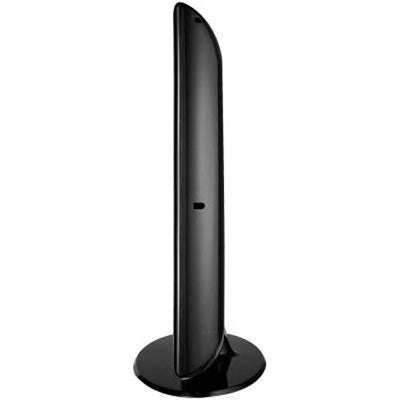 More good news comes with the TV’s black levels. The almost perpetual darkness of the Superman Returns HD DVD is delivered with deeper, richer and more detailed blacks than we’ve ever seen before on such an affordable TV. Sure, we’ve seen deeper black levels still on one or two more expensive TVs from the likes of Philips and Panasonic, but so relatively affordable is this Samsung that such comparisons aren’t really fair.


We do have a couple of late niggles with the 32R87BD that we’re duty-bound to report, though. One is that its viewing angle isn’t the greatest, so it might not suit a living room where some people have to watch from an extreme angle. The other is that its sonics are slightly weedy, failing to step up a gear in terms of volume and frequency response when a typical action movie soundtrack demands it.


With its motion, viewing angle and audio flaws the 32R87BD’s performance is clearly far from beyond reproach. But by the time you’ve added to the equation its mind-bogglingly cheap price, designer looks, exceptional connectivity and other picture strengths, you’re nonetheless looking at an all-round package that represents truly outstanding value for money.