Apparently 26in LCD TVs are no longer as popular as they used to be. Plummeting prices of bigger screens and the sudden embracement to the collective UK bosom of the home cinema experience have both taken their toll on what was once the biggest-selling TV market. Indeed, we at TrustedReviews are starting to find it quite difficult to find 26in models to review – and even more difficult to find brands willing to send them to us when they’d rather we focussed our attentions on their more ‘glamorous’ big fry.


But we have no intention of giving up on 26in TVs just yet. For even if they’re no longer the TV of choice for most people’s living room, as second-room sets in a bedroom, study, or kitchen they’ve still got loads to offer.


All of which hopefully serves as a good enough excuse for us to look at a TV which actually we just couldn’t resist on account of its pure cuteness: Samsung’s LE-26R87BD. 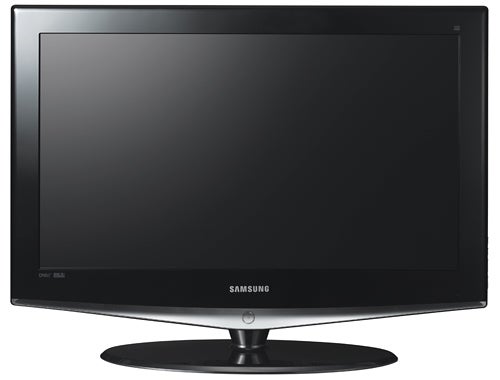 Regular readers will know that we’re dedicated admirers of Samsung’s current flat TV aesthetic, with its glistening black finish, subtle curves and brave lines and angles. But even we’re surprised by just how adorably perky this look becomes when shrunk down to the 26in level.


Considering that we’ve seen this set on sale for comfortably under £400, it also seems unexpectedly well specified. Connections, for instance, gratifyingly include two HDMIs, a component video input, a PC port and even a digital audio output for shipping on digital audio tracks received via the HDMIs.


The set also sports an HD Ready native resolution of 1,366 x 768 (it’s not realistic or even worthwhile to expect a full HD pixel count at this price/screen size) and compatibility with all HD signals up to and including 1080i. The 1080p system currently in vogue following its common appearance on Blu-ray and HD DVD discs is not supported, but then we seriously doubt that you’d be able to see any differences between 1080i and 1080p signals on a screen this small anyway.


Worth running by you, too, is a claimed contrast ratio for the set of 5,000:1. This really is a very high figure for this sector of the TV market and owes much to the 26R87BD’s use of a dynamic contrast system, whereby the light output from the backlight can be automatically reduced when a dark scene is detected in order to improve black level response.

The set’s relatively small size and low price haven’t precluded it from enjoying two of Samsung’s picture processing elements: the Digital Natural Image engine (DNIe) and something called Movie Plus. DNIe is really just Samsung’s name for the sort of multitasking picture processing common in some form or other to practically every TV these days, and as usual its focus is on improving colour saturation/tone, sharpness, motion handling and video noise reduction.


Movie Plus is rather more unusual but potentially no less welcome, as it calculates and interpolates extra image frames in a bid to reduce the resolution loss that can occur with LCD technology when showing motion.


Also of interest to videogame obsessives like ourselves is the 26R87BD’s Game mode, which mysteriously claims to optimise pictures for HD console gaming. This includes reducing the screen’s response time so that you don’t end up ‘pwned’ by some shotgun wielding maniac on Halo 3 before your screen has even told you he’s there. 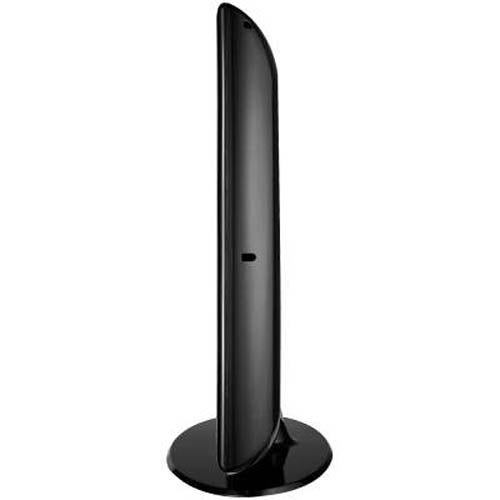 Other more general bits and bobs include a black level booster, manual gamma adjustment, the facility to adjust the backlight output, Samsung’s Wide Colour Gamut technology for a more expansive colour palette, and finally edge enhancement circuitry for sharpening up the extremities of objects in the picture.


All in all the 26R87BD’s features count and flexibility is very impressive indeed for such an affordable telly. And we’re happy to say it all translates nicely into an equally impressive picture performance.


Or at least it does after a bit of tinkering. For it’s a simple fact that the Dynamic picture mode the TV is set to when you get it out of its box is really quite scarily bad: a horror show of overcooked colours, forced black level response, and video noise. Quite why Samsung should think that anyone would want such a mess as their default picture settings is anyone’s guess?


Thankfully, switching to the TV’s Standard mode and ramping down the contrast, brightness and colour levels improves things immeasurably. For instance, colours that previously looked garish and unreal suddenly become vibrant and believable with pretty much every type of source, from a colour-rich game like Halo 3 to the drab palette of your average episode of EastEnders.

Also snapping into focus is the picture’s sharpness, as the 26R87BD rises to the fine detail challenges of a good high definition source with aplomb. Anyone who tries to say that 26in is too small to really appreciate the joys of HD clearly hasn’t seen this TV strut its high definition stuff.


Although there’s still room for improvement, we also found ourselves impressed with its black level response. Dark scenes are certainly less troubled by the familiar greyness that dogs so many small LCD TVs than we would have expected, and there’s also a touch more shadow detailing subtlety than is common this side of £500.


Yet more good news comes with the 26R87BD’s portrayal of standard definition sources such as those from its own digital tuner. They look much more crisp and free of noise than is common with an LCD TV, expensive or otherwise, though we accept that some of this may simply be a factor of the TV not having such a large and therefore unforgiving (of poor source material) screen as most of the TVs we review these days. 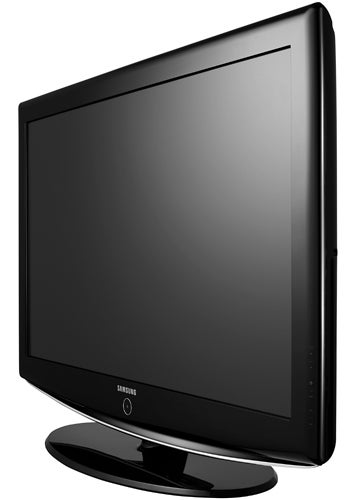 And so we come to the inevitable problems, kicking off with the TV’s motion handling. There’s more smearing and blurring over fast-moving objects than we’d ideally like to see, especially with standard definition sources. You can counter this to some extent by engaging the Movie Plus mode, but this causes its own, arguably worse problems in the form of flickering or shimmering noise around moving objects’ edges.


Furthermore, edges aren’t helped by the (thankfully optional) Edge Enhancement feature, which tends to make lines and contours ‘glow’ quite distractingly. And finally, we also found the set to suffer – in common, it has to be said, with practically all of its LCD rivals – from a loss of colour and contrast if viewed from much of an angle.


So the 26R87BD isn’t perfect. Big deal. We’re not sure we’ve seen a perfect TV yet at any price, never mind a sum as paltry as under £400. What really matters about the 26R87BD is that had its price been a couple of hundred quid dearer we’d still have recommended it as one of the finest 26in LCD TVs around. So basically it’s a steal with a capital S.