Over the years that I’ve been following the digital camera market I’ve seen a number of attempts to create multi-function cameras, and very few of them have been even remotely successful. Usually these attempts have come from minor brands producing low-quality cameras, who attempt to hide the inadequacies of their products by stuffing them full of extra features. Unfortunately this just means that you end up with a gadget that does a number of things very badly, rather than just doing one job well, which is what one hopes to get with a single-function camera. 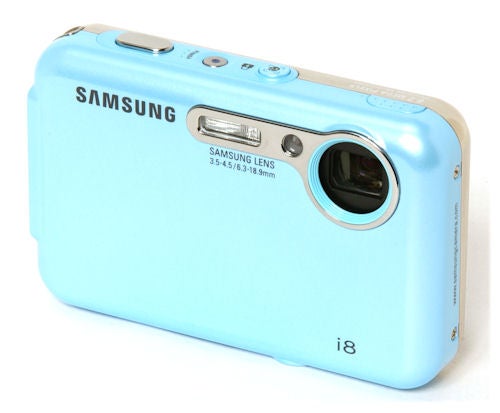 It’s unusual then to see a respectable brand like Samsung venturing down this path. It already makes some excellent cameras, such as the NV30 that I reviewed last week, so it’s not like it’s got anything to hide. Of course Samsung also makes a wide range of other electronic gadgets, including some highly-regarded MP3 players, so I suppose it’s only natural that some bright spark in Samsung’s design department should try to combine the two.


The i8 incorporates a fairly well featured MP3 player and comes with a decent pair of headphones. That’s not all though, because the i8 also includes a text viewer, a multimedia viewer and an unusual Tour Guide function which can offer advice and information about a range of worldwide tourist destinations that can be pre-loaded into its 190MB of internal memory. It also takes photos, with an internal 3x zoom lens and 8.2-megapixel sensor, which at least in theory should make it the ideal holiday camera. 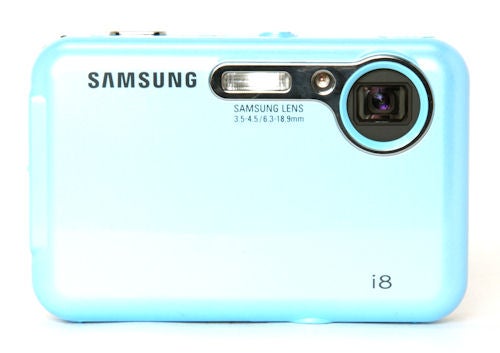 At first glance the i8 doesn’t look like anything terribly special. It has a fairly unassuming shape, a plain rectangular slab with rounded corners, with the lens mounted in the upper right corner of the front face. The body is made of plastic and comes in a wide range of colours, and to be honest the overall build quality isn’t that impressive. The front panel flexes a little when squeezed, and the general feel is a bit on the cheap side, more like a toy than a serious bit of consumer electronics. However the rounded shape is inherently strong and the lack of any protrusions means there’s not much that can be broken off.

I have never been a big fan of corner-mounted non-protruding lenses, but the i8 does at least have a small raised lip around the lens portal, and the actual front element is recessed several millimetres into the body, which should help to avoid the usual problem with this type of camera, that of greasy fingermarks all over the lens. The same cannot be said of the rear of the camera, which is a smooth plane of shiny plastic, pierced only by the rear controls, covering the LCD monitor in a highly reflective surface that quickly accumulates a collection of fingerprints that would make the FBI envious. This makes it very difficult to see the screen in bright sunlight, and also spoils the look of the camera. 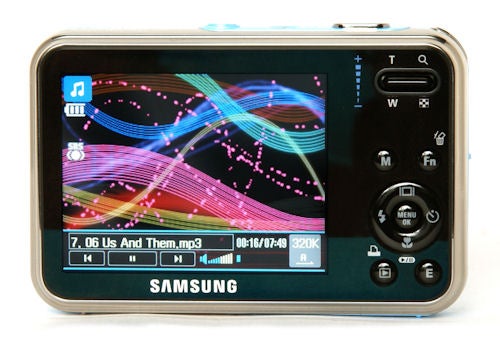 The controls themselves are generally similar to those of the L210, in other words fiddly, poorly labelled and difficult to understand, with the additional complication that they also have to control an MP3 player. At least the white-on-black lettering is easier to read than chrome-on-chrome, but you’ll need a thorough study of the rather poorly translated manual (in PDF format on the CD) and a couple of days practice before you’ll remember which button does what.


As a camera the i8 has a limited range of features, but does include some useful ones. The optical zoom range is only 38 – 114mm (35mm equivalent), which is a bit restricted by recent standards, but the optical quality is good, especially for a non-protruding lens. Stand-out features include multiple face detection, digital image stabilisation, five-step adjustable contrast, saturation and sharpness, Auto Contrast Balance to improve the dynamic range, a Photo Style Selector option with eight different looks, and Auto Macro mode.


As for the extra functions, the MP3 player at least is very good, with excellent sound quality. The supplied in-the-ear headphones are of good quality, and the cable used to attach them features a standard 1/8th-inch headphone jack, so you can use your own headphones if you prefer. The player has a fairly standard set of features including a small selection of equaliser settings and playback options such as loop and shuffle. 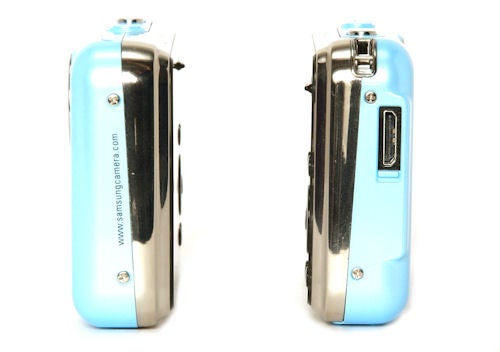 The text viewer, multimedia viewer and especially the travel guide do have the distinct odour of gimmick about them however. The text viewer breaks words when wrapping lines, making reading difficult, and the small screen and relatively large text make heavy going of all but the shortest document. The idea of reading an e-book on it is ridiculous. The multimedia viewer can be used for watching movies, but these have to be converted to PMP format using the supplied converter software. The resulting quality isn’t brilliant, and the idea of watching a feature-length movie on a 2.7-inch screen makes my eyes hurt just thinking about it.


The world travel guide is all but useless. It contains a few brief, inaccurate and badly-translated notes for a small and eclectic selection of cities and other tourist attractions, with some very small and badly-cropped photos, and again the text layout makes it very hard to read. Even the cheapest of tourist guide books would be far more useful.

As a camera however the i8 is far more useful. Its overall performance is surprisingly good, starting up in well under two seconds and shutting down again even more quickly. In single-shot mode it has a shot-to-shot cycle time of approximately 2.3 seconds, which is a little slow, and it has one of those annoying shutter releases that won’t work if you press it too quickly. In continuous shooting mode the camera can manage approximately one shot a second, which is respectably fast, but the monitor screen is blank and there is no audio cue to let you know it’s still shooting, which is also annoying.

The autofocus system is very good, focusing quickly and accurately in most lighting conditions, and coping extremely well in low light. It focuses without a problem in nightclub conditions, and a small but effctive AF assist lamp means it can cope with total darkness at a range of a couple of metres.


Image quality is also surprisingly good. The lens is the weakest link, but even this performs reasonably well, with good centre and edge sharpness awith only a small amount of barrel distortion, although it does suffer from noticeable chromatic aberration in the corners of the frame at wide angle.


Colour reproduction is very good, and captures highlights in bright colours better than some cameras I’ve seen recently. The exposure system does tend to sacrifice highlight detail in favour of shadow detail, resulting in some burned out highlights, but on the whole it copes well with a wide range of conditions. 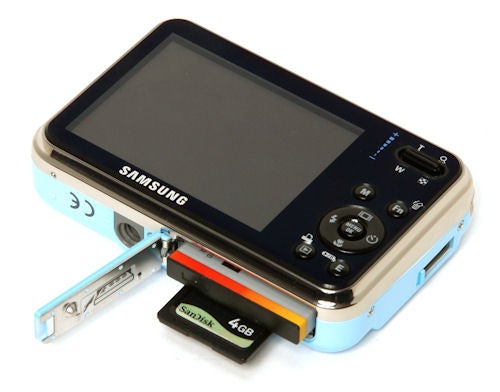 The only real weakness in terms of picture quality is noise, which is a visible at 200 ISO and a problem at 400 ISO. Higher ISO settings are very poor, and as usual the 3200 ISO maximum is utterly unusable.

The Samsung i8 is a fairly good attempt to turn a digital camera into an all-in-one travel gadget. As a camera it performs well, with particularly good low light capability, and the built-in MP3 player works well. The other features however are little more than gimmicks that add little to the camera’s value. Overall build quality and design are barely above average, but for under £100 it’s not bad value for money. 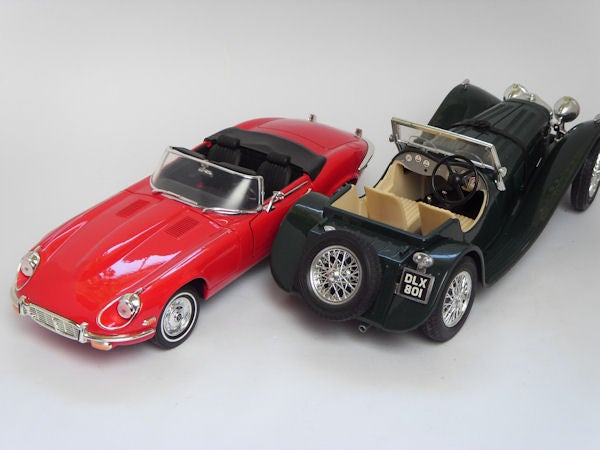 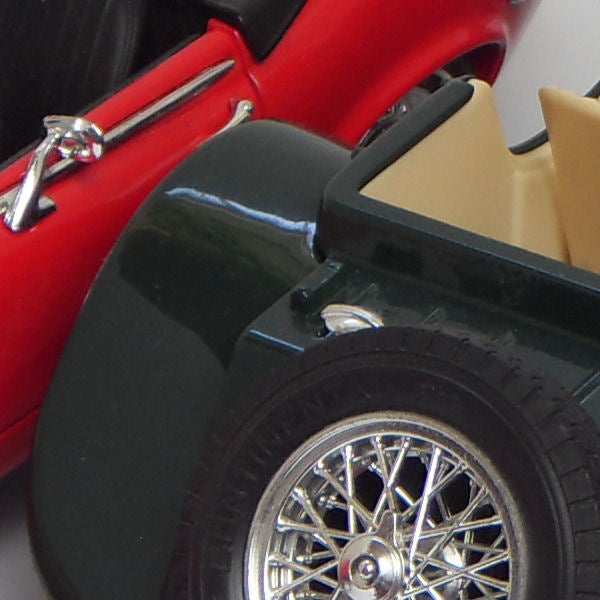 At 80 ISO the image quality is very good, with no visible noise. 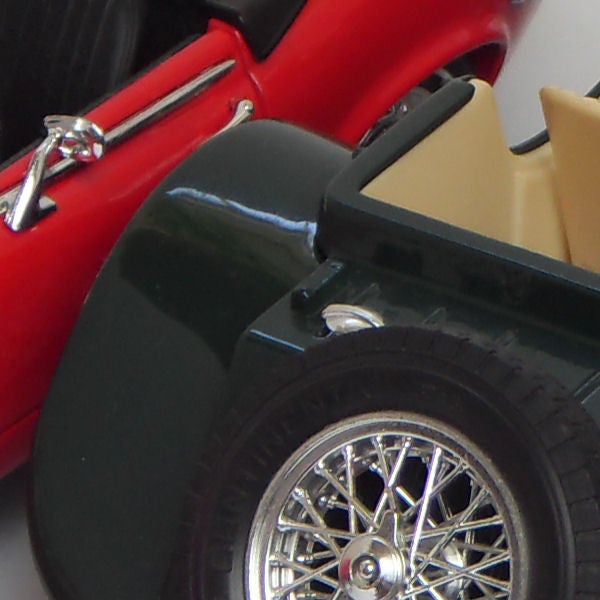 There is little difference in this shot at 100 ISO. 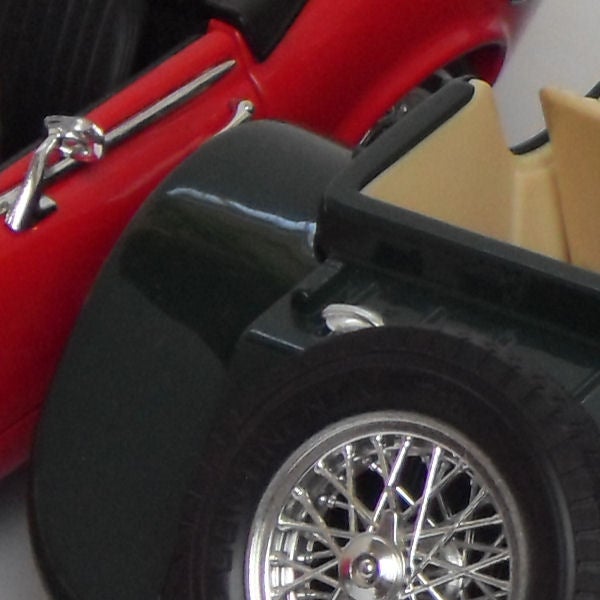 Already at 200 ISO there is some noise visible in this shot. 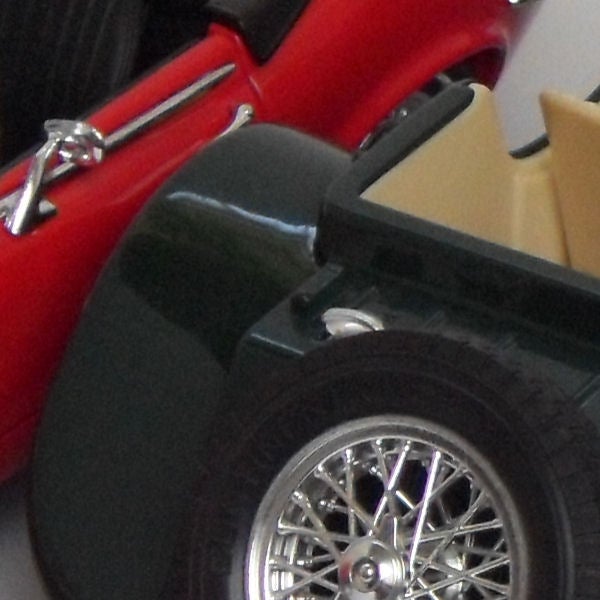 Fine detail is fading at 400 ISO, and noise levels are worse. 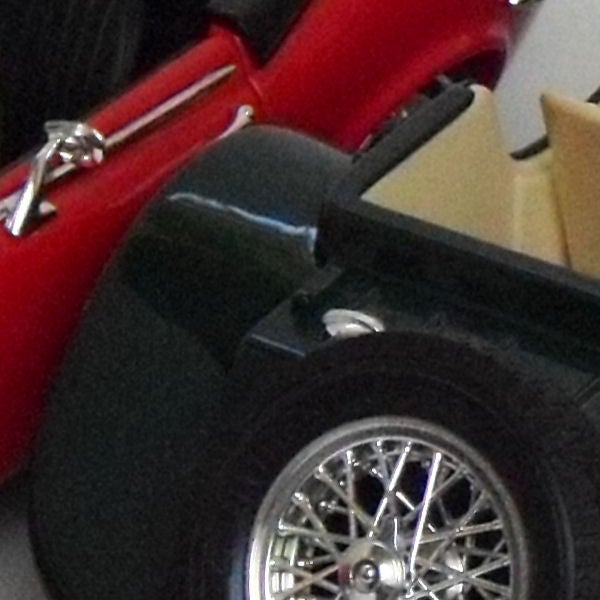 Image quality at 800 ISO is surprisingly poor compared to other recent Samsung models. 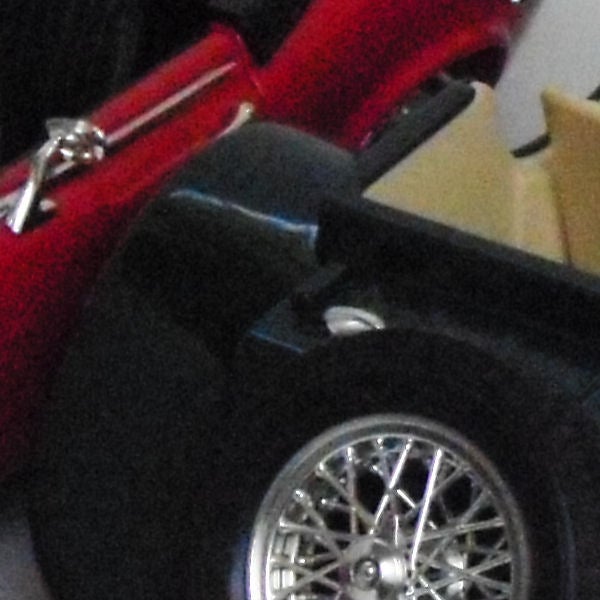 Image quality at 1600 ISO is pretty much unusuable. 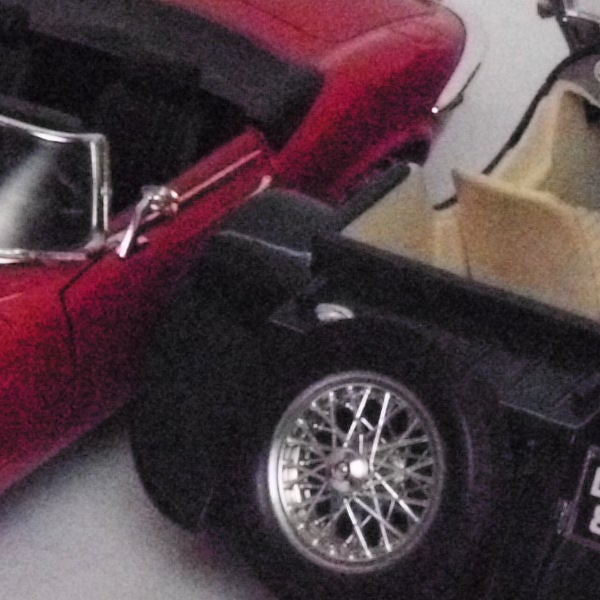 3200 ISO is available at 3MP image size, but the quality is terrible. 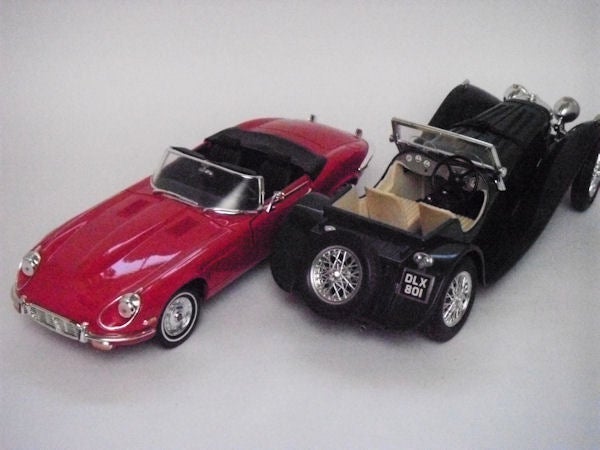 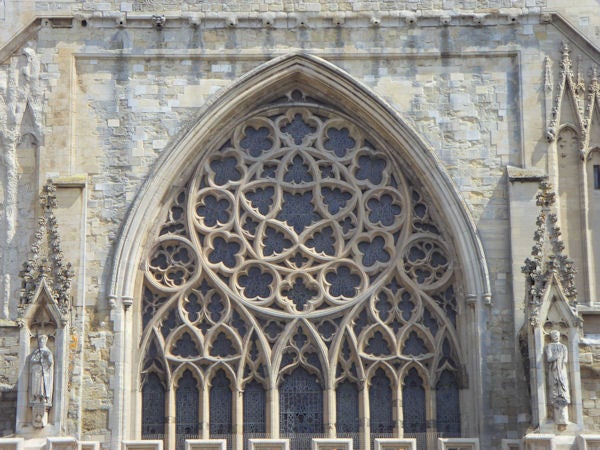 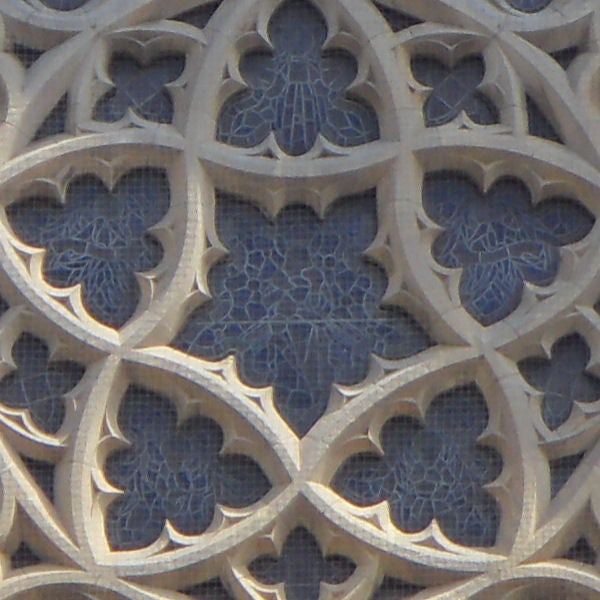 The level of fine detail isn’t as good as some other recent Samsung compacts, but it’s not too bad. 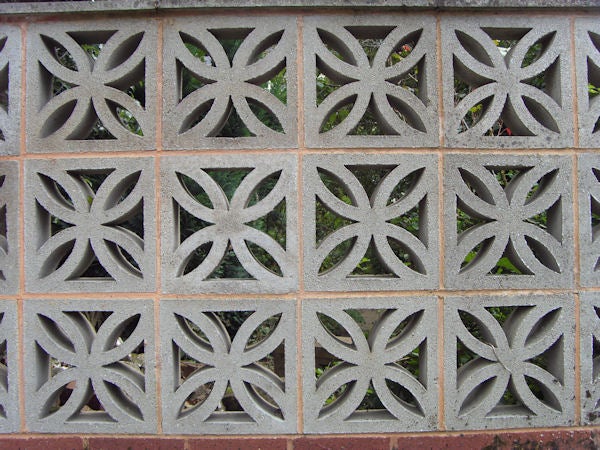 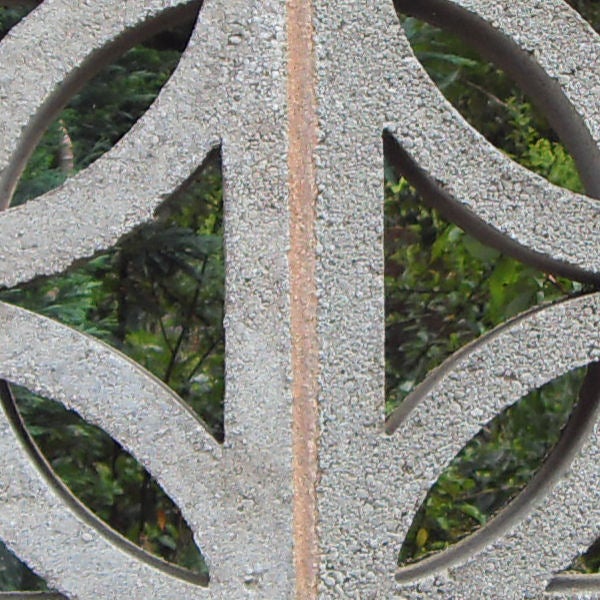 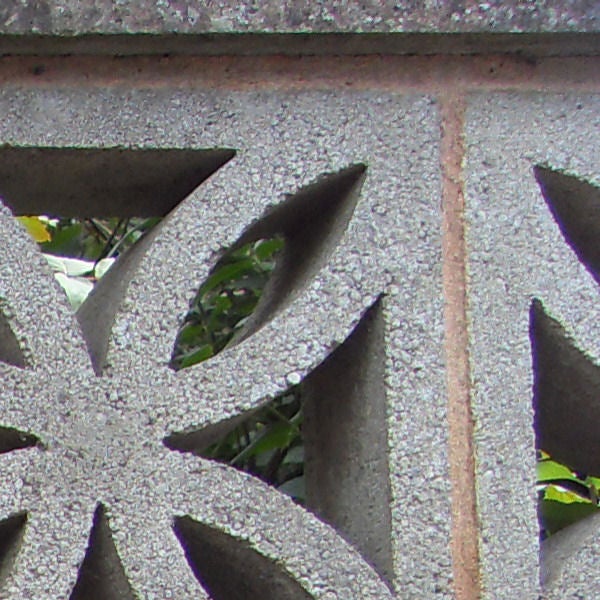 Corner sharpness is also good, but there is a little chromatic aberration visible here. 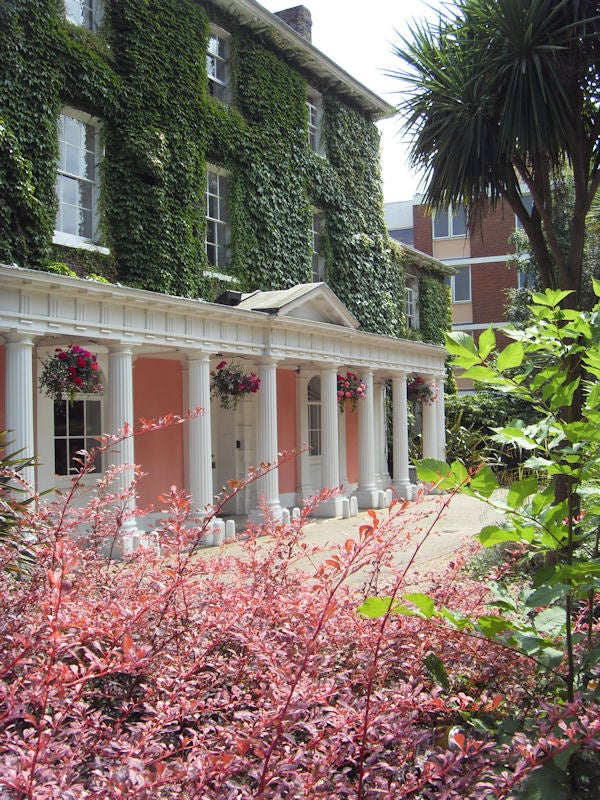 There is some purple fringing visible in this shot… 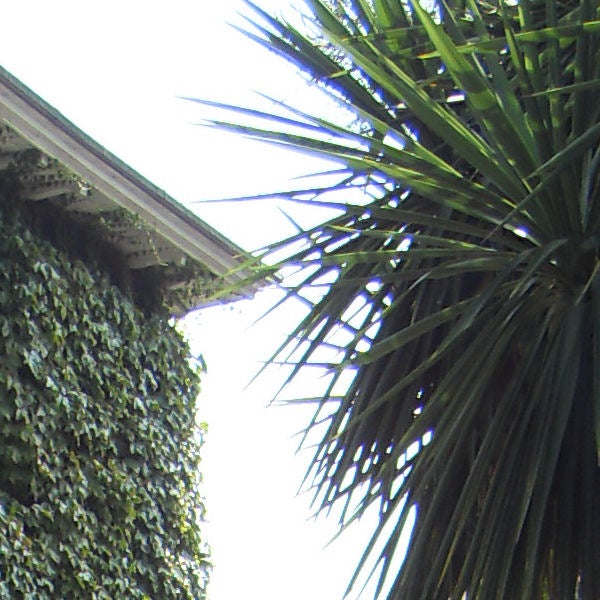 …but it’s not too disasterous and would look OK on a small print. 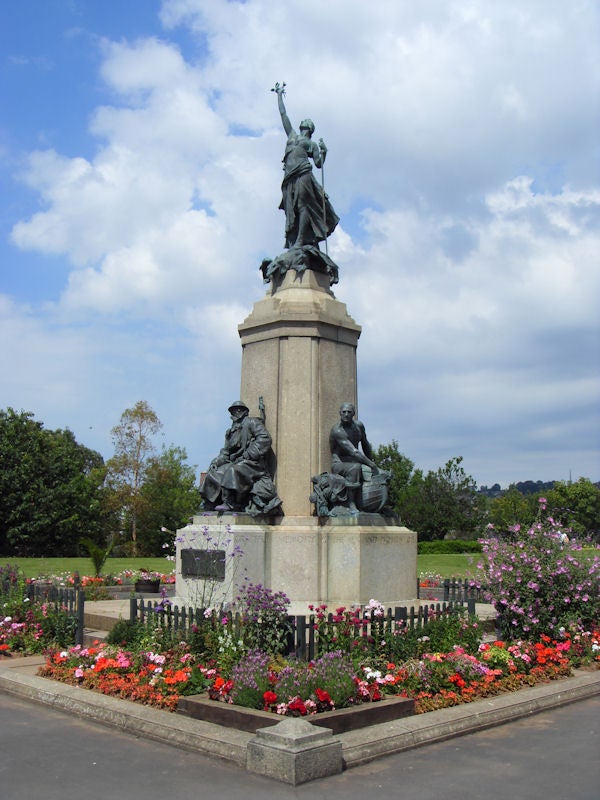 The wide-angle end of the zoom range is equivalent to 38mm, not terribly wide but about average for a 3x zoom compact. 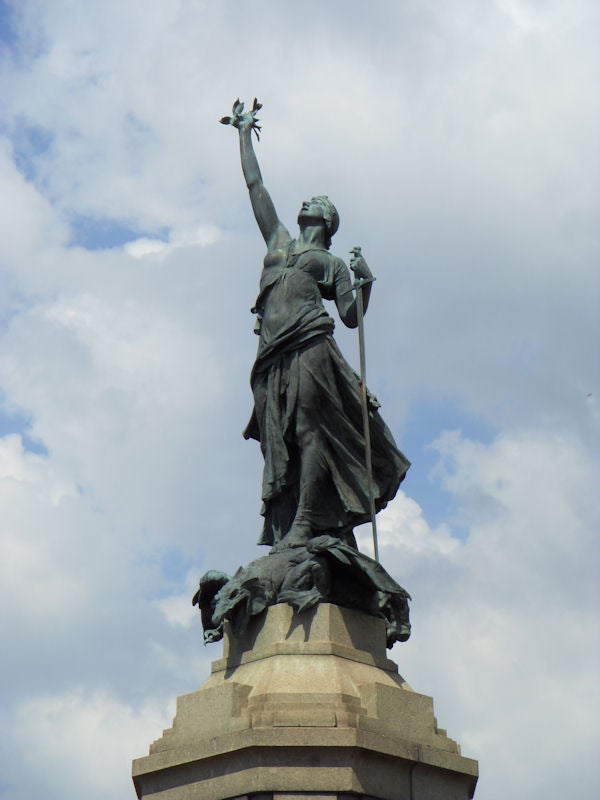 The telephoto end is equivalent to 114mm, again about average for this type of camera. 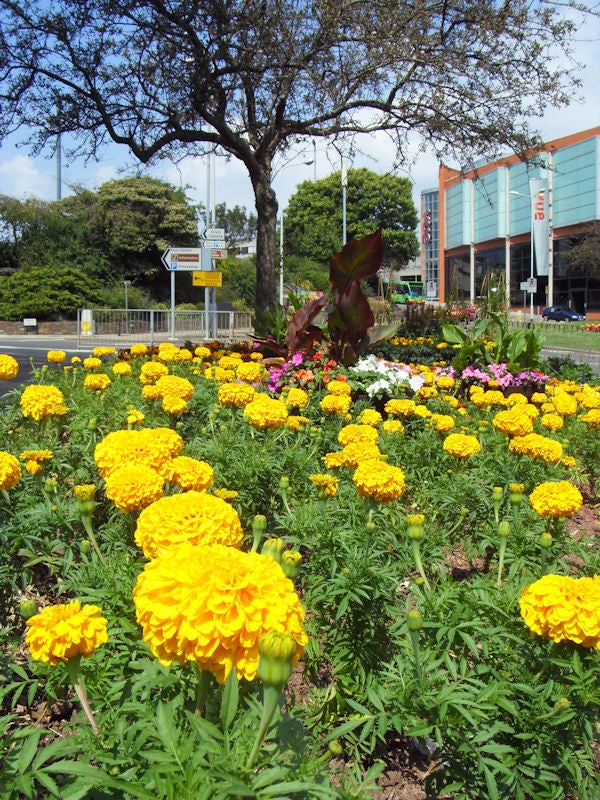 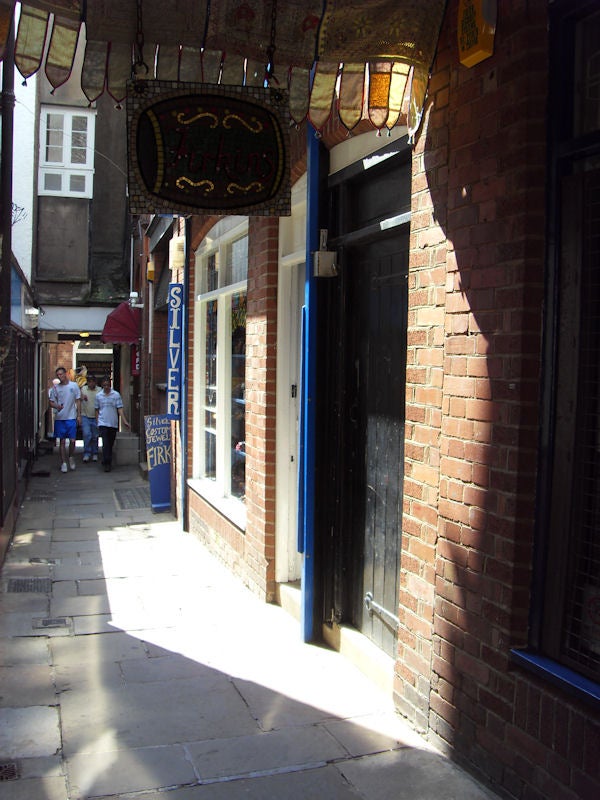 The exposure meter tends to burn out highlights to preserve shadow detail.