The HT-C6200 is the latest in a long line of jaw-droppingly stylish, feature-packed all-in-one systems from Samsung, and TrustedReviews is lucky enough to get our hands on this one first. The system’s built-in Blu-ray player will no doubt appeal to people who want to watch hi-def movies without the head-scratching that comes with buying separates, and because it’s a 2.1-channel system it also keeps clutter to a minimum.


As with most Samsung systems, the HT-C6200’s talents aren’t limited to playing discs. It also comes with built-in Wi-Fi, providing access to a range of additional content through BD Live and Samsung’s Internet@TV portal. By plugging in a USB memory device you can play a wide range of digital media formats too, and its DLNA-powered All Share feature means you can even enjoy content stored on laptops and PCs around the home without a wire in sight. This, plus 1080p DVD upscaling and iPod support, makes the HT-C6200 a formidable entertainment centre in anyone’s book.

As well as the combined Blu-ray receiver unit, which offers a claimed 1000W of amplification, you get two front speakers and a subwoofer in the box. The front speakers are small enough to rest on the edges of your TV stand and boast a distinctive design. In a departure from Samsung’s usual curvy, elegant lines, the speakers are boxy in shape and stand on sturdy feet with a tapered stem. Gloss black is to Samsung what blue is to Everton, and once again it’s used to stunning effect – each speaker is coated in a luscious lacquer finish that’s sure to send guests home with green eyes.


They’re also surprisingly well made for a one-box system’s speakers. The robust cabinets are a far cry from the hollow plastic of previous Samsung systems, although that’s probably explained by the HT-C6200’s higher price tag. The only real evidence of cost cutting is the use of spring-clip speaker terminals on the back of each speaker, but these are fairly standard among all-in-one systems.


Anyone worrying about where to accommodate the subwoofer can rest easy – this bass box is so compact it can be tucked in the tightest of spaces (acoustics permitting). The gloss black finish makes it easy on the eye too, although the strange corrugated side panel (which also features on the back of the speakers) is an acquired taste.

The main unit oozes style. Most eye-catching is the top panel, which features touch-sensitive controls and a snazzy see-through window that shows you the spinning disc. Viewed head-on it’s incredibly slim, and on the fascia you’ll find an odd-looking bump that houses touch-sensitive volume controls, a flap hiding the USB port and a simple if not particularly large display panel in the centre.


The HT-C6200 provides plenty of connections, which is great news if you’re hoping to run other components through it. Owners of hi-def TV receivers and games consoles will welcome the pair of HDMI v1.3 inputs, which let you switch between connected sources at the touch of a button.

Joining the HDMIs are Component and Composite video outputs; analogue stereo and optical digital audio inputs; and an Ethernet port that provides an alternative way of connecting to a network. Completing the roster is an FM aerial terminal and a connection point for the supplied iPhone-compatible iPod dock. Alas we weren’t supplied with a dock to try out.


In the box you’ll find three speaker cables terminated at one end by coloured plugs that match sockets on the main unit, a reminder that systems like these are aimed at beginners. As a result, installation takes minutes rather than hours.

Samsung has spruced up the entire operating system, and thanks to its efforts the HT-C6200 is much simpler to use than the company’s previous Blu-ray players and systems like the HT-BD1252 – particularly when it comes to setting up the wireless functionality. The fact that you don’t need a £50 USB dongle is progress in itself, but the setup procedure generally seems less convoluted this time round, even down to simple things like entering text on the virtual keyboard.


The clever, attractive on-screen design makes the system immensely enjoyable to operate. After whirring into life with a jaunty jingle, up pops a newly designed main menu that uses large cartoon-like icons to illustrate each function and operates more speedily than previous Samsung Blu-ray machines. You can switch between connected devices by pressing the red button and for each one you can select Music, Video or Photos. The setup menu is also found here, which is straightforward and thorough.

The main menu also houses Internet@TV, which provides online access to various applications. The choice of content is greater than Panasonic’s similar Viera Cast feature, with a list that includes YouTube, Twitter, Picasa, AccuWeather.com and Rovi TV listings, as well as a wide range of other applications that can be downloaded from Samsung’s database. The system supports about 100 different applications, and among the batch we downloaded were USA Today, Texas Hold ‘Em Poker, Getty Images and History. Facebook and LoveFilm also appeared, but weren’t yet available to use.


Although the content won’t appeal to everyone and can be a bit of a pain to use with the remote, Internet@TV is a fun way to while away the hours, and provided your internet connection is fast enough it’s a hassle-free experience – you can find out how fast yours is using the handy built-in broadband speed checker. 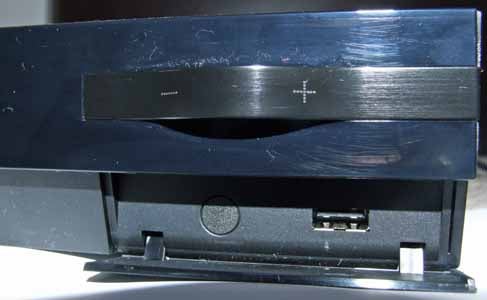 We also tried out the All Share feature and were taken aback by how quick and easy it was to access music on our connected laptop. Everything is presented in neatly arranged folders, allowing you to browse by artist, album and so forth, and during playback it displays the track info with beautifully stylish and sophisticated menus – kudos to Samsung’s designers.


On the subject of digital media playback, format support is superb – the list includes DivX HD, MP3, WMA, WMV, JPEG, AVCHD and MKV. From a Blu-ray perspective, the system does everything you’d expect, from outputting in film-friendly 1080/24p to decoding Dolby True HD and DTS HD Master Audio – although the 2.1 channel configuration obviously doesn’t make the most of 5.1 or 7.1-channel soundtracks and there’s no 3D support.

You will, however, find a decent array of sound modes to inject a bit of oomph into audio. The DSP button on the remote toggles through Smart Sound, MP3 Enhancer and Power Bass, while V-Sound attempts to replicate surround sound from two speakers.


During playback the Tools and Info displays are friendly and easy to understand, telling you everything you need to know about the disc. The Tools menu houses a choice of picture presets (Normal, Movie and Dynamic) as well as a User mode that lets you alter individual aspects of the picture. The setup menu offers some basic speaker settings that can be checked using a built-in test tone.


Samsung has taken a leaf out of Panasonic’s book with the remote, which uses large spongy buttons clearly separated into distinct groups – the playback keys even glow in the dark. The menu controls are perfectly placed with frequently used keys close by.

Samsung’s Blu-ray players have proved some of the fastest disc loaders to date, and sure enough the HT-C6200 is quick on the draw. Terminator Salvation takes 45 seconds to reach the first video screen, which is lightning quick when you consider that some Blu-ray players can take closer to two minutes. Even the disc’s BD Live portal opens quicker than we’ve ever seen and operates with unusual slickness; while the 1GB of built-in memory means you don’t need a USB drive to store downloads.


We switched to Avatar on Blu-ray and discovered that the HT-C6200 does a superb job with this stunning disc. Picture-wise, it plunges you into Pandora’s kaleidoscopic landscapes with mesmerising colour depth, sharply rendered detail and exquisitely subtle shading. It may not be 3D but the clarity and contrast range is so good that you’ll still feel immersed in the image. As night sets in the action remains easy to follow and the dizzying camera work shows no signs of judder. 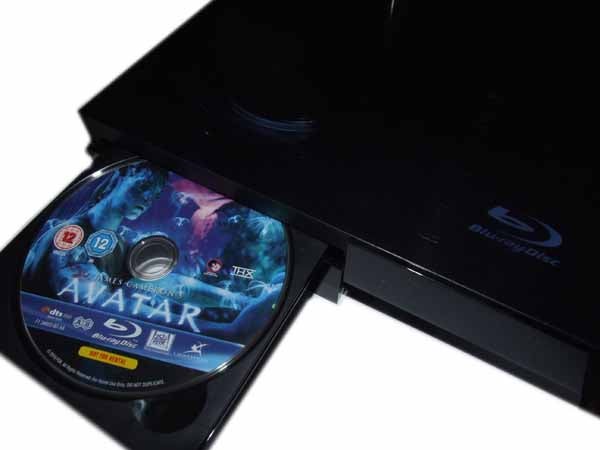 Its presentation of Avatar’s DTS HD Master Audio soundtrack is equally impressive. We skipped to the ‘Battle For Pandora’ (chapter 30) and the mixture of crisp, dynamic effects, pounding bass and clearly conveyed speech will get even the most sceptical listener on the edge of their seat.


Sharp high frequency effects, like clashing metal and the crack of gunfire, are reproduced without the brightness that some previous Samsung systems have suffered from, and during quieter moments there’s a decent amount of detail (the gentle sound of feet crunching on the floor of the jungle is a good example).


That said, the sound will no doubt seem coloured to discerning ears, lacking the finesse and neutrality you’d get from a separate speaker package. And although there’s some sense of integration between speakers and sub, low-end effects do sound quite disjointed and overpowering, particularly when Power Bass is activated.

As for the other audio modes, Smart Sound isn’t much cop but we’re pleasantly surprised by V-Sound, which actually feels like it’s wrapping the sound around the listener. It doesn’t separate or place surround effects particularly well, but it does create a blanket of ambience during action scenes that involves the listener more effectively than many 2.1 systems we’ve tested.


Add enjoyable music playback from CD and MP3 and crisp, untarnished DVD upscaling into the mix and what you have is a very capable all-round performer.


The HT-C6200 is a highly impressive 2.1-channel system. Most buyers will be lured by the jazzy looks and incredible feature list, which reads like an A-Z of home entertainment, but it’s also an impressive performer with Blu-ray and DVD. We’re big fans of the improvements Samsung has made to its networking functionality, which makes for a much slicker user experience than before.


Sound quality is flawed in places, adding more evidence to the case for buying separates, but the sort of casual listener this system is aimed at will be more than happy with what’s on offer, particularly if they’re upgrading from TV speakers. Its expensive price tag might be an issue for budget buyers, but at least you can’t complain that you’re being short-changed.