Over the years we’ve seen plenty of wild and wacky ideas for mobile phones, from the twisty turny, Nokia 3250, to that perennial favourite, the mobile phone watch. However, to the best of our knowledge, there has never been a mobile phone quite like the one we’re looking at today, the Samsung GT-B3310.


As well as sporting a QWERTY slide-out keyboard, this small, low-cost, sideways sliding phone also incorporates a single column of number buttons on the front. When closed these can be used to dial numbers and even bash out texts like a conventional number pad and when slid open these double as the number keys for the QWERTY keyboard. We’ve seen similar concepts before, like the recent Nokia E75 but all have kept a conventional keypad design on the front and a full QWERTY one on the sliding section. The way the GT-B3310 does it is just bizarre. 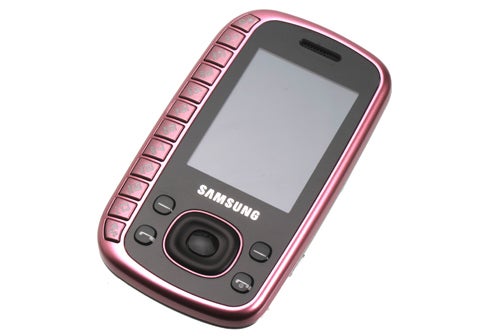 We’re not just talking looks either as the layout is incredibly difficult to use for anything practical with the phone closed, meaning you nearly always open the phone anyway if you want to type something. As such, the number keys might as well be put on the slide-out section. The obvious counter argument is that the number keys wouldn’t comfortably fit on such a small device but if that’s the case then just make the phone larger. After all, with a thickness of 17.5mm, it’s hardly the sleekest of phones going. That said, the keyboard is surprisingly effective, despite the letter keys consisting of a single rubber sheet and having the space bar crammed into the middle of the bottom row. 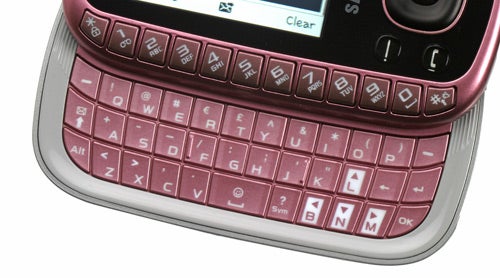 The phone features a 2in LCD screen with a resolution of 240 x 320 pixels. As we would expect of a budget phone, it suffers from poor viewing angles, making it a bit of a struggle to look at for long periods, but is certainly better than some at this end of the market. Besides, with such a small screen, you’re hardly going to be spending an age browsing the web, playing games, or flicking through pictures. 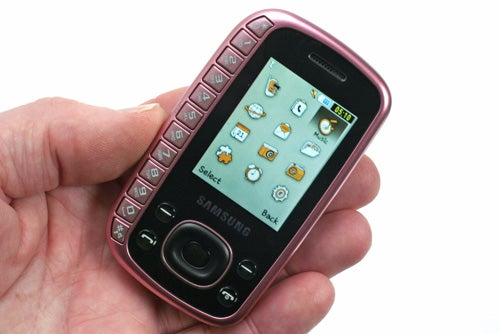 Below the screen is the cluster of navigation buttons that consists of a D-pad with central confirmation button, two soft-keys, and call answer/end buttons. They all offer reasonable feedback with an easily discernible click so you know when you’ve pressed them and in fact, are quite nice for such a budget phone.

On the back is a 2-megapixel fixed focus camera and there’s a small self-portrait mirror below it. Shots from it are surprisingly usable with acceptable colour reproduction and enough detail to get by, especially in good lighting. In darker situations results are inevitably noisy and the lack of both autofocus and flash certainly limits your options but it’s again about the level we’d expect for the price. Video, is also at least usable with a framerate that can cope with a bit of motion, though with a resolution of just 240 x 320 pixels it’s certainly not going to be fit to shoot the next Hurt Locker. 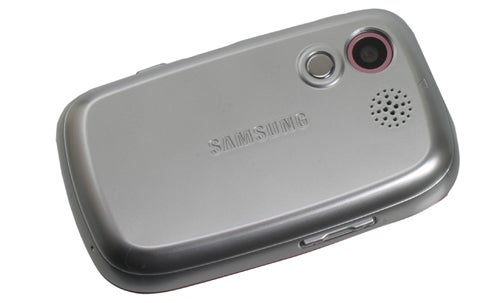 Other physical features include a volume rocker on the left edge, a lanyard loop in the top right corner, and a micro-USB charging socket and camera button on the right hand side. There’s also a microSD slot hidden under the battery, though sadly with no headphone jack the GT-B3310 doesn’t lend itself particularly well to use as an mp3 player – the included headset plugs into the micro-USB socket and its sound quality is poor. 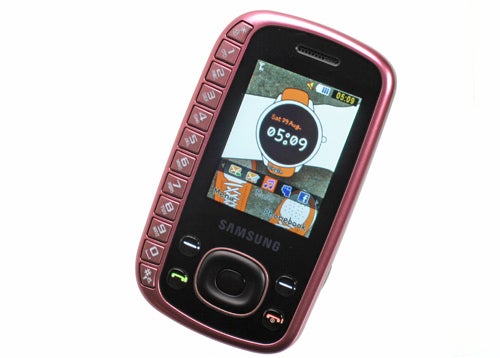 As for software, Samsung has created a surprisingly capable and easy to use operating system, though it does have its limits. The home screen shows all the usual notifications along the top and there are links to the main menu and phonebook in the bottom corners. Running across the middle is a scrolling list of shortcuts to various programs and features including Facebook, Myspace, Organiser, Alarms, and Inbox. It’s a quick and simple way to access your most used programs and you can of course change the shortcuts to whatever you like. 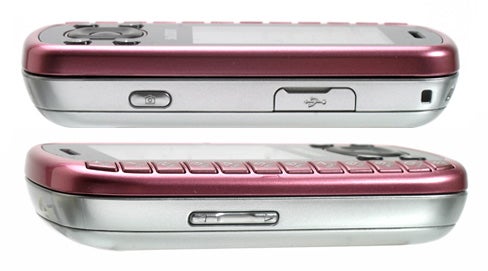 Once in the main menu, and indeed many of the applications like the message viewer, calendar, and music player, everything is kept simple with many options arranged in plain lists. This keeps the phone nice and snappy, making everyday use a breeze. Those programs that require a bit more grunt, like the web browser, do take a bit of time to get going but once loaded are again reasonably responsive. The web browser is, however, limited by the low screen resolution so you need to do a lot of scrolling around. All told though, this lowly device puts many much more physically capable devices to shame when it comes to sheer usability. 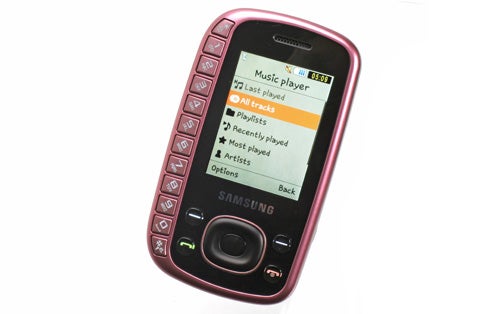 Social networking and general messaging is the focus of this phone and the combination of that peculiar but effective keyboard and simple social messaging clients (which are actually just links to mobile versions of the websites) means you’ll certainly have no problem bashing out a quick response to your friends latest hilarious update. However, there’s no Twitter client shortcut and as all the other clients (Myspace, Facebook, Flickr, Photobucket, Picasa, or Friendster) are just powered through the browser they don’t support push notifications so it’s up to you to keep checking back.


As for call quality, we were again surprised at how capable this device was. Both the received and transmitted voices were clear and loud with no obvious background noise, though the tone was a little more robotic than some of the best devices. Battery life also impressed thanks to very low standby power drain; we think you should be able to get by without charging this phone for up to a week with moderate use.


The Samsung GT-B3310 certainly has many merits; its keyboard is surprisingly easy to use, its operating system is fast and intuitive, and its call quality is good. However, there’s just no getting passed that ridiculous keyboard layout. 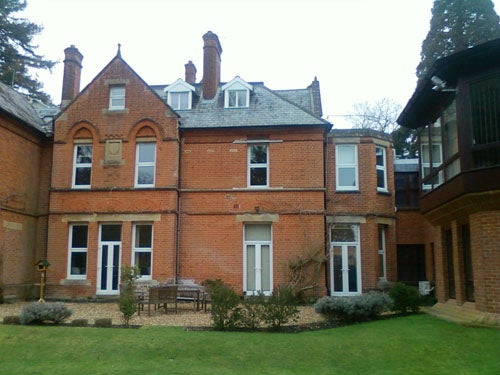 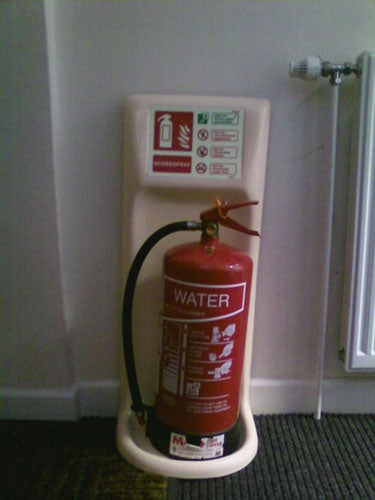 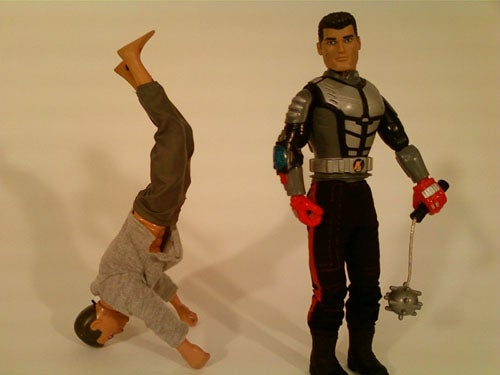