The Samsung Galaxy Young runs Android 4.1 Jelly Bean, which is overlaid with the ever-present TouchWiz UI, Samsung’s trademark skin that’s included on every Galaxy phone from the lowly Ace to the premium Galaxy S4. It’s a simple and intuitive interface that allows up to seven homescreens to be adorned with all manner of widgets and app shortcuts.

Both Samsung’s base browser and Google’s Chrome app are present, but neither offers a particularly speedy browsing experience – whether accessing the web via 3G or using Wi-Fi  pages load unexpectedly slowly. It’s a reminder, were one needed, that this is budget phone in every respect – it simply lacks the processing power to render web pages quickly.

The Young’s software keyboard is cramped and hard to type on, too. The Touchwiz keyboard that works so well on the larger Samsung Galaxy S4 is ill-suited to the smaller, 3.27-inch Samsung Galaxy Young screen. This means each key has an extremely small contact zone, making accidental presses and errors an all too frequent, and unavoidable, occurrence.

What’s more, the Young’s predictive text options leave a lot to be desired. Accidental presses on the cramped keyboard are not amended, leaving you with a considerable amount of editing to do before sending a text or email. You can activate Swype-style input (dragging your finger from one letter to the next to spell out a word) to help fight against this, but it’s not to everyone’s taste. 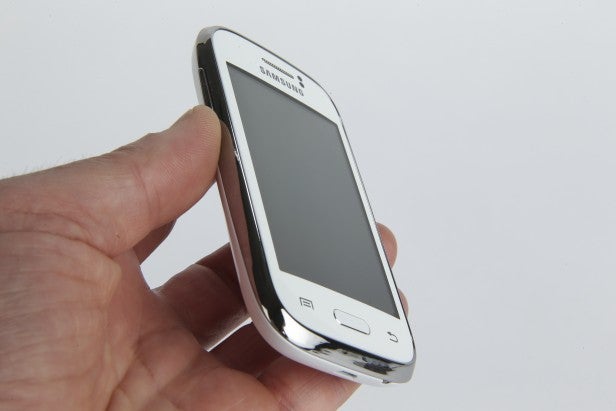 The Samsung Galaxy Young shows its entry-level nature with a 1GHz single-core processor and 768MB of RAM, struggling at times to create a smooth flow between applications.

The Young has the same CPU as its big brother and, strangely, more memory than the pricier Samsung Galaxy Fame (512MB). More memory should help provide faster app load times and multitasking strengths but, in practice, this is not the case. A noticeable amount of lag follows you wherever you go on the Young. From a slight pause before unlocking the handset to the stutter that precedes ever app launch, it’s far from prompt or speedy.

Forget about heavy-duty gaming, too. The likes of Real Racing 3 are firmly off-limits, and not just because they take up the handset’s full 4GB of internal storage, less than 1.4GB of which is user available. Fortunately, this storage issue can be overcome via microSD, but the phone’s sluggishness and limited gaming cannot.

The Young’s inbuilt speaker is average for such a moderately priced handset. Volume is quieter than we would have like, as it needs to be turned near to the top of its range in order to be of an amenable level. The trouble, though, is that moving to these higher volumes introduces significant distortion and rattle.

No boxed headphones keeps the costs low but highlights the Young’s lack of multimedia credentials. 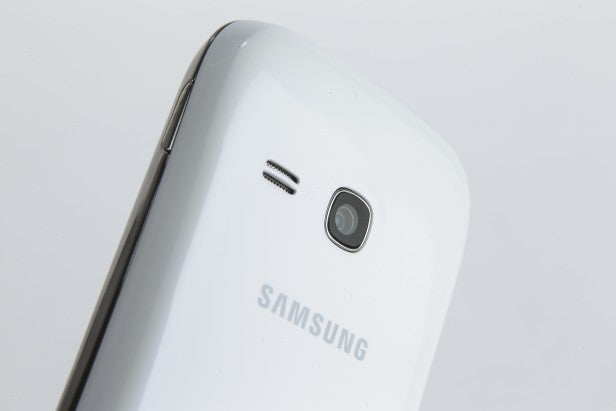 The Samsung Galaxy Young camera is a true budget offering. A 3-megapixel stills camera with a fixed focus and no flash, the snapper is an acceptable but less than impressive addition. There is no forward-facing camera either, so those video calls that the youths do love so much are out of the question…

For a budget smartphone it is a moderate performer. The Young’s camera is on par with the 3-megapixel LG Optimus L3, and even holds its own against the 5-megapixel snapper on the Vodafone Smart 3, although the lack of a flash does restrict it. Lighting is not the camera’s forte either; anything but bright sunlight means lifeless, murky photos. It’s slow to adjust to changing light conditions, too. 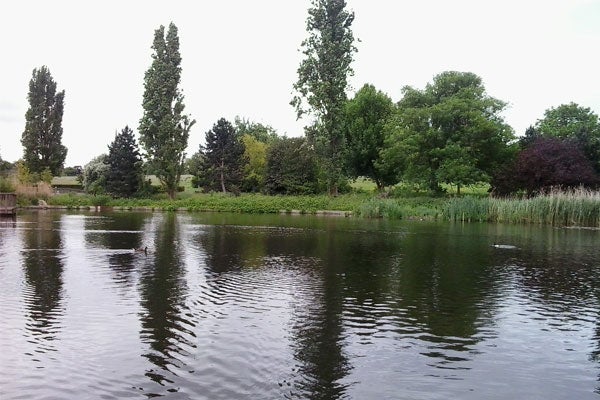 Video can be captured at VGA (640 x 480) quality but this is better avoided. Although the Young keeps motion blur to a respectable level, there is no escaping the low quality results that, at just 24 frames-per-second, are still quite jerky.

Like the phone’s screen, colour and detail is where the Young’s camera trips up. Colours themselves are ok, but detail in low contrast areas is poor, with lots of blocky ‘noise’. Photos are better viewed on a PC than the phone’s screen too, to avoid further dilution of detail. 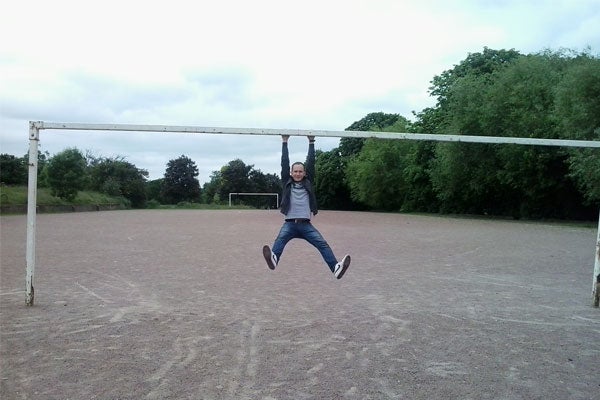 The lack of a flash and poor low contrast performance means this isn’t a camera for indoor shots, which is a shame considering its target market. The shutter speed is acceptable and there are a few photo camera effects on offer (black & white, sepia and negative) to play with, but the low-resolution and poor detail make this a forgettable camera phone.