Samsung’s Galaxy S2 may be the most desirable Android handset on the market at the moment thanks to its massive screen and ferocious dual core performance, but those features demand a high price that not everyone can afford. This is partly why Samsung has created the Galaxy W. It has a more standard-sized 3.7inch screen and a relatively modest single core processor, but it’s also much more affordable as you can pick it up for around £228 SIM free and for free on a £22 a month contract from Three, who supplied our test handset.

Samsung’s Android phones have never looked particularly beautifully – even the styling of the S2 is a little bit ho-hum in our opinion and sadly the Galaxy W doesn’t do anything to change this.

Naturally, a large share of the front of the phone is given over to the 3.7inch capacitive touch screen, but there’s a silver Samsung logo sitting above it. Below the screen you’ll find the physical home button and touch buttons for standard Android menu and back keys. The edges around the glass of the display are plastic, but have been given a brushed metal look, while the back battery cover has a matte black finish with dimples stamped into it to make it a bit more grippy to hold. We also tend to prefer these rough finishes as they tend to hide scratches better.

Rather than placing the lock button at the top of the phone like many of its Android brethren, Samsung has shifted it to the right hand edge, so it’s less of a stretch to get to when you’ve got it cradled in your palm. The left hand side is home to a volume button, while at the top there’s a standard 3.5mm headphone jack and a microUSB port hidden behind a small plastic sliding cover. The back can be prized off via a small notch at the bottom to reveal the microSD card slot, as well as the removable battery. 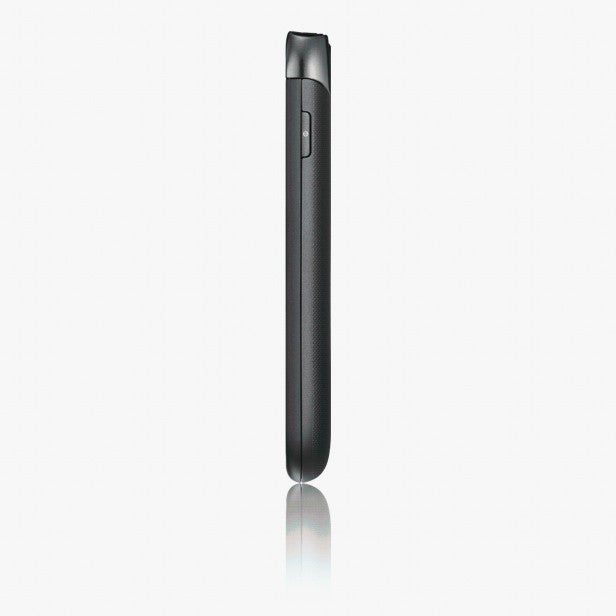 Overall, while we wouldn’t describe it as flimsy, the phone feels very light to hold. This of course has its advantages but it doesn’t give the phone the solid feel of many of HTC’s Android offerings for instance. The battery cover, in particular, feels quite plasticky. It is comfortable to use, though, as the smaller screen means it’s not as wide or tall as the S2 and the curved edges add to that comfort factor.

Rather than the Super AMOLED technology used for the S2’s screen, the Galaxy W makes do with a standard LCD display. However, it’s still an excellent screen and one of the phone’s stronger points. Its resolution of 480×800 pixels means that pixel density is average but still good for a 3.7inch screen and as a result text looks sharp. It’s bright too and its colours are warm, helping to give pictures graphics and videos a pleasingly natural look. Whites really do look white, rather than taking on the blue-ish tinge that you see on AMOLED displays, including those used on the S2 and Nokia Lumia 800.

Under the bonnet, the Galaxy W relies on a 1.4Ghz Snapdragon processor. This is backed up by 512MB of RAM. While obviously not as fast as the S2, it certainly doesn’t hang around when it comes to performance. Menus flick effortless by, apps open in the blink of an eye and generally everything keeps rolling along with an above average lick of speed. We certainly can’t see anyone complaining about this phone feeling sluggish. Go to a graphically heavy webpage, or one that runs flash, and you’ll get some slow down but these moments are infrequent enough not to irritate.

Call quality was on the whole very good too, and battery life, while not amazing, is pretty much in line with other Android devices, so you’ll get around a day to a day and a half out of it before it needs a recharge. 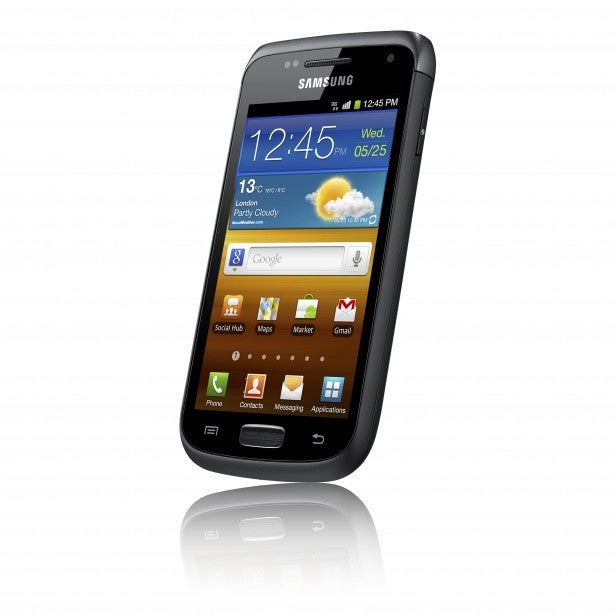 The phone runs Android version 2.3.5 (Gingerbread), but as with all of Samsung’s Android phones the company has added its TouchWiz user interface over the top. It offers a slightly different look to the vanilla Android interface and some elements of the UI heave differently. For example, the home button takes you to the first of your home screens rather than the middle one, and to unlock the phone you swipe away a lock screen picture. Not only are neither of these feature improvements but we can’t say we’re massive fans of Touchwiz’s slightly duller and flatter look, either.

Samsung has also added a few extra apps including AllShare for streaming media from the phone to Samsung TVs or other DLNA devices, a great video player (it played Xvid and HD MKV files without any problems) and a collection of Hubs (Social, Music, and Games). The Social hubs is essential a unified inbox for social networking, while the other two hubs are shops for music tracks and games.

When it comes to snappers, the Galaxy W actually has two cameras. The front facing camera is designed for video calling in apps like GoogleTalk and only has a VGA resolution, while if you flip the phone over and you’ll see the 5.0megapixel camera staring out at you. Next to the lens is a single LED flash to help the sensor out when it’s shooting in low light, and the camera also has autofocus. 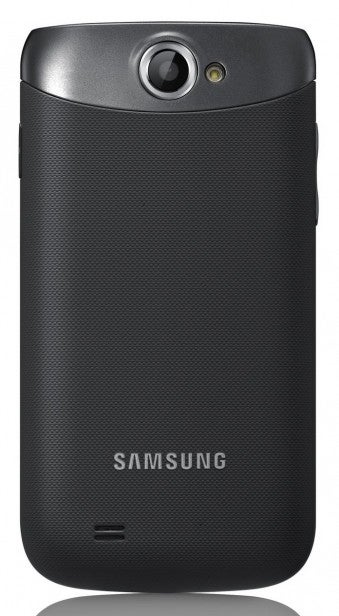 Its results are actually reasonably impressive. Colours are captured fairly accurately and detail levels are generally pretty good. Naturally, You don’t get the detail of 8 megapixel shooters and under low light images tend to look a bit noisy, but they’re a lot less noisy than those taken on many of its competitors.

The camera can also be used to shoot video at resolutions of up to 720P HD. As with most of the 720p capable cameras we’ve used on smartphones the resulting video isn’t fantastic. In mostly static videos there are good levels of detail, but as soon as you start to move around detail and resolution drops off a cliff.

Verdict
The Samsung Galaxy W isn’t perhaps the prettiest Android phone out there, but it turns out to be a pretty nifty handset to use. It’s comfortable to hold, has a good screen and camera, and its 1.4Ghz processor keeps things moving at a spritely pace.  Add in the fact that it’s available at very modest price either on PAYG or contract and you’ve got a very appealing package. 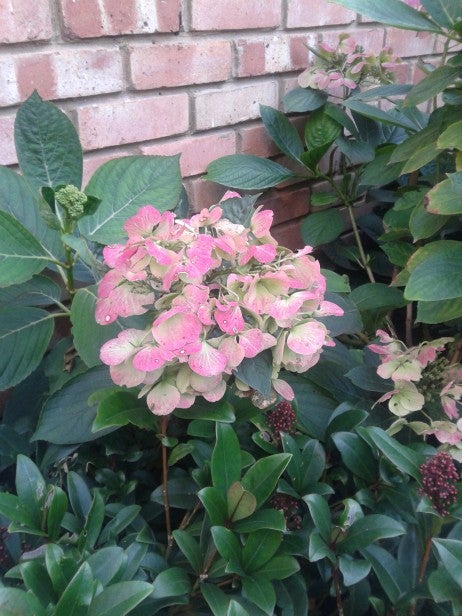 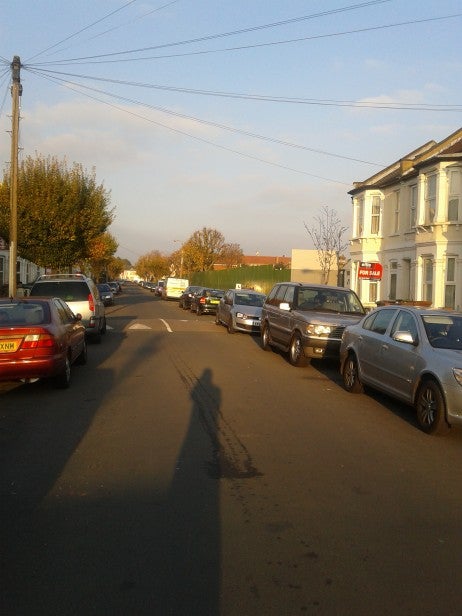 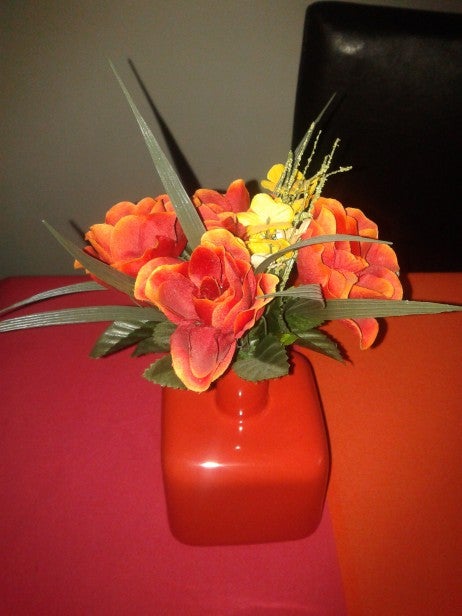