Battery life is one area where Android and iOS have always held a lead on Windows tablets. While Windows 10 is a godsend for applications and productivity, tablets running the OS tend to struggle to last beyond a single work day off a single charge. Which is why I was surprised to find the Galaxy TabPro S benefited from pretty solid battery life. 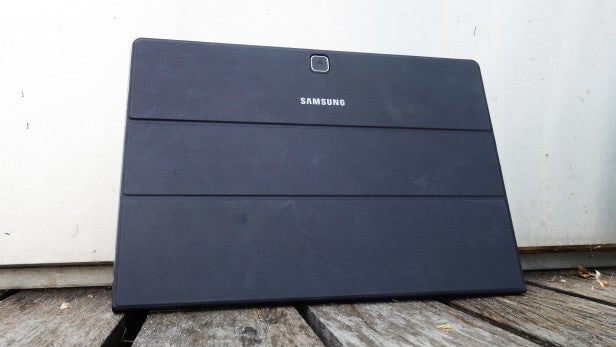 The tablet performed equally well with regular use. Streaming Netflix and BBC iPlayer, the device generally lost between 10-14% of its charge per hour with the screen at 75%. Using it as my primary office device, the Galaxy TabPro S easily survived a standard nine-to-five work day – although the aforementioned lack of ports made the day feel like it was dragging at a snail’s pace.

The inclusion of fast-charge technology is another boon. With general use I managed to get the battery from zero to 100% within two hours using the bundled high-voltage plug. Note that charge times are longer if you use a lower-power plug.

Camera technology is an area in which tablets and laptops have both fallen behind. Nearly all the tablets I test have at best “usable” cameras. The Galaxy TabPro S doesn’t change this. Samsung has loaded the device with barebones 5-megapixel front and back cameras.

The cameras are pretty basic and work well enough for video calling, but I wouldn’t rely on them for stills. They’re no worse than the Surface Pro 4, iPad Pro 12.9-inch and Pixel C’s respective cameras, but images taken on them generally look a little dull. The low megapixel count also means they’re only really suitable for basic use, such as sharing on social media. 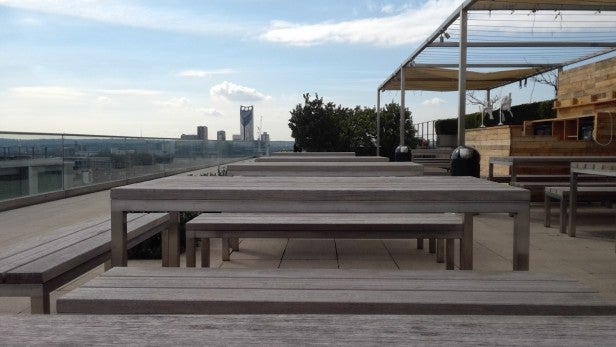 Photos taken on the Galaxy TabPro S aren’t bad, by tablet standards, but they’re not great either

By comparison, the speakers are reasonably good – but, again, not the best I’ve heard. The Galaxy TabPro S speakers are housed on the tablet section’s left and right sides. Sound quality is surprisingly decent for a tablet, with the speakers delivering a fairly well-balanced sound that’s pleasingly free of the tinny high-end I hear on most convertibles.

I wouldn’t want to use them as my primary means of listening to music in my flat, but they’re more than good enough for watching Netflix. My only issue is their lower-than-average maximum volume. The speakers don’t come anywhere close to matching the iPad Pro or Pixel C when it comes to loudness. 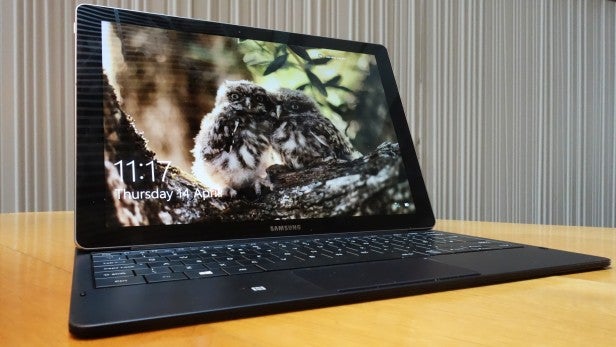 Should I buy the Galaxy TabPro S?

This is tricky to answer, since the device is a little schizophrenic. The fact it comes bundled with a keyboard makes it feel like a laptop replacement out of the box, but everything else about it screams tablet.

The screen is the best I’ve seen on any convertible and is perfect for designers and artists. However, the fact that you have to pay extra for the C-Pen and its lack of ports mean you can’t take advantage of its prowess without shelling out more money. This isn’t ideal when you consider the device’s hefty up-front £850 cost.

That said, despite its quirks, I can’t help but like the Galaxy TabPro S. Its light, sleek design make it one of the prettiest Windows tablets around, and the keyboard – while not as good as the Microsoft Type Cover 4 – is more than adequate for basic office tasks. Its lengthy battery life and option for LTE connectivity add to its mobility and make it one of the most travel-friendly devices available.

For those looking for processing muscle, I’d recommend the Microsoft Surface Pro 4, and any Mac or iPhone users will of course be better placed with an iPad Pro. But for anyone else looking for a tablet that can double as a backup laptop the Galaxy TabPro S is a great choice, and one that won’t disappoint.

The Galaxy TabPro S is a great tablet that’s ideal for any buyer looking for a satchel-friendly travel companion. But only if you don’t plan to use it as your primary laptop.