The Samsung Galaxy Tab Pro 12.2 is the biggest tab in town

The Samsung Galaxy Tab Pro 12.2 is one of the largest tablets we’ve looked at to date. It was first unveiled at CES 2014, but after bumping into it at MWC 2014 we took a closer look ahead of our full review. It’s not quite as dynamic as the Samsung Galaxy Note Pro 12.2, but if your motto is that bigger is better, this is a tablet worth paying attention to. 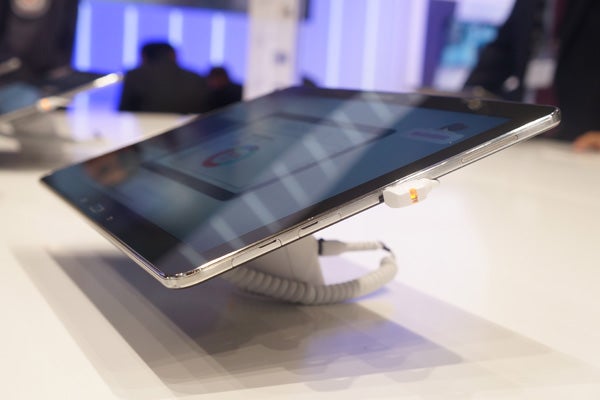 The Samsung Galaxy Tab Pro 12.2 looks very similar to the Note Pro 12.2. They’re the same size, and share the same style. Like many of the recent Galaxy devices, the rear has a fake leather texture, and the sides are silvery plastic.

I was not a fan of this fake leather style – I’m still not – but Samsung does seem to have improved the texture a little since it was first used last year. It’s rubberised for extra grip, and a less sticky, less cheap-feeling than glossy plastic. 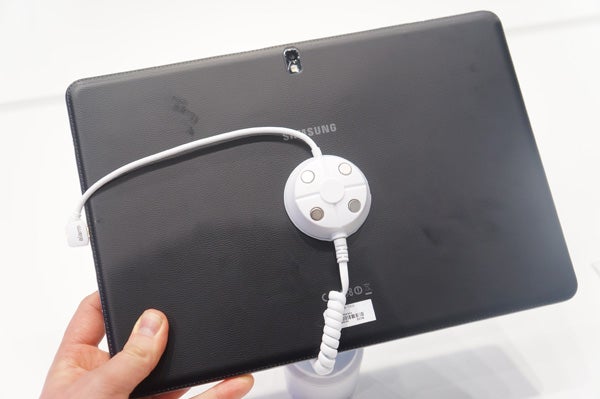 Don’t worry, the white facehugger is just a security device

Having seemingly miles of tablet edge to play with the Samsung Galaxy Tab Pro 12.2 has no trouble hiding a microSD slot, (optional) SIM slot and microUSB 3.0 socket on the sides.

The sheer size of the tablet is something every buyer should consider, though. At 732g it’s very heavy for a tablet at this point and it feels clumsier in the hand than even a 10.1-inch tablet – let alone a 7-inch one. As the Samsung Galaxy Tab Pro 12.2 does not have an S Pen stylus, it is also harder to justify the extra size. Ask yourself: what would those extra screen inches mean to you? 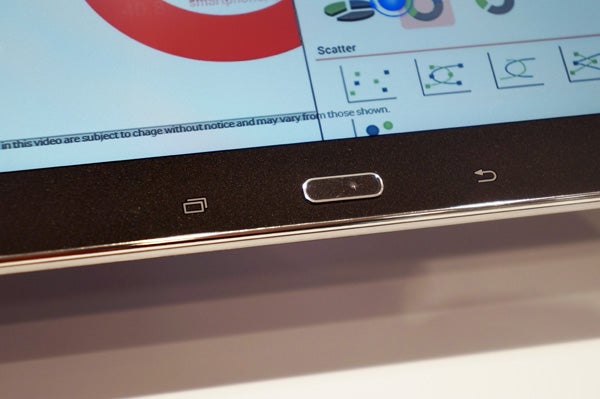 Its screen is also not immediately all that impressive to my eyes. Like the Note 12.2, the Samsung Galaxy Tab Pro 12.2 uses a PenTile subpixel array that uses an additional white subpixel to offer greater screen brightness and power efficiency.

A knock-on effect of this is that it offers a much lower perception of sharpness than its high 2,560 x 1,600 pixel resolution might suggest. You can see some of this effect in action in this zoomed-in shot: 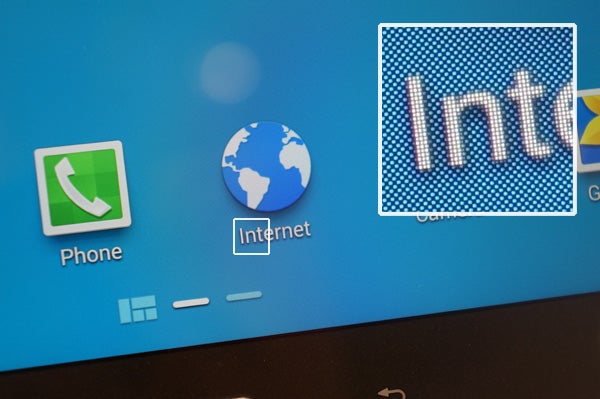 I find this issue off-putting, but otherwise the Samsung Galaxy Tab Pro 12.2’s screen is good. The colours are fairly accurate and well-saturated and brightness is good.

The Tab offers many of the same software features as the 12.2 Note tablet. That includes four-app multi-tasking and the Magazine UX.

You’ll be slightly limited in the apps you can run concurrently, but the multi-tasking here is real. You can watch video while surfing the web and taking notes, and so on.
Here’s what it looks like in use: 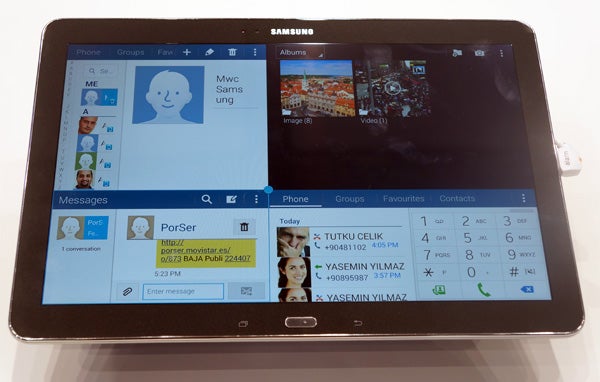 Magazine UX is a fairly new home screen type that aggregates content from your favourite sources, including websites and social networks, and bungs them into a fairly stylish-looking tile-based interface. It looks quite a lot like Flipboard: 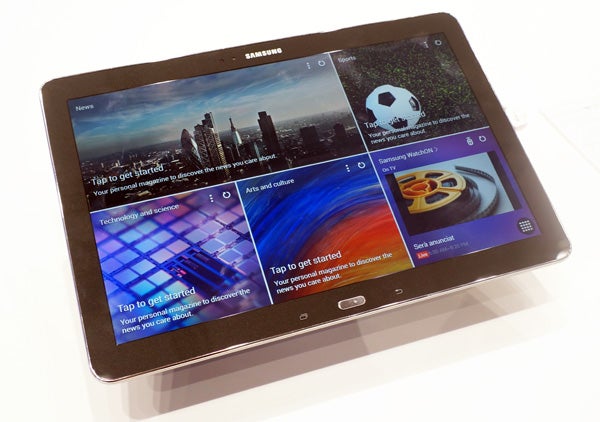 The Samsung Galaxy Tab Pro 12.2’s processor varies between models. The 4G/3G version uses the Snapdragon 800 chip while the Wi-Fi-only model has the Exynos 5 5420 eight-core CPU.

I didn’t notice any serious performance issues in my short time with the tablet, but we have seen some pretty bizarre lag issues in recent Samsung tablets so we’ll check on this properly when we get one in to review.

Like the Note 12.2, the Samsung Galaxy Tab Pro 12.2 has a pretty strong camera array for a tablet. The main one uses an 8-megapixel sensor with LED flash while front one has a 2-megapixel sensor. I expect they’re the same ones found on the Note equivalent. 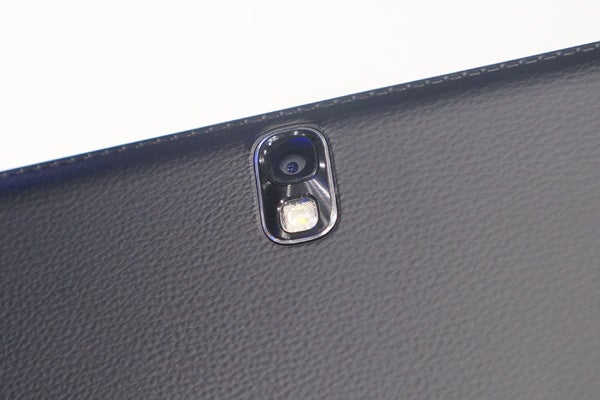 The Samsung Galaxy Tab Pro 12.2 is not a tablet for everyone. Indeed, I have trouble believing it’s a tablet for anyone given its screen issues, lack of stylus and relatively high £550 price. However, we’ll look into its real-world uses in our full review.