Video is where the Galaxy Tab 3 7.0 has a chance to win back a few points – Samsung normally puts more effort than just about any other tablet-maker into upping a tab’s video abilities. This tablet has a Samsung-made video player app that can handle just about any video type your throw its way, including the popular MKV format. 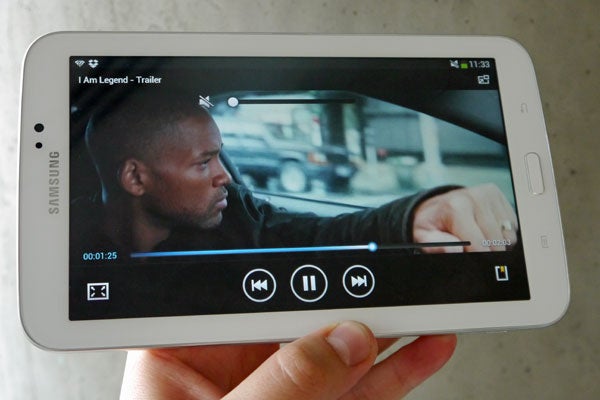 HD video does show up the Galaxy Tab 3 7.0’s limited number of screen pixels, but it’s otherwise a great little video jukebox. With a new Nexus 7 you’d have to download a third-party app like MX Player to get anywhere near the video versatility on offer here. Still, people who care a lot about image quality will still prefer the Nexus.

Its internal speaker is similar to that of the 2013 edition of the Nexus 7. It’s a stereo setup with a pair of speaker output grilles on the bottom edge of the tablet. Laid out close together like this, you don’t get any sense of stereo, but the top volume is half-decent. It’s largely unremarkable, but less of a failure than some of the Samsung Galaxy Tab 3 7.0’s other parts. 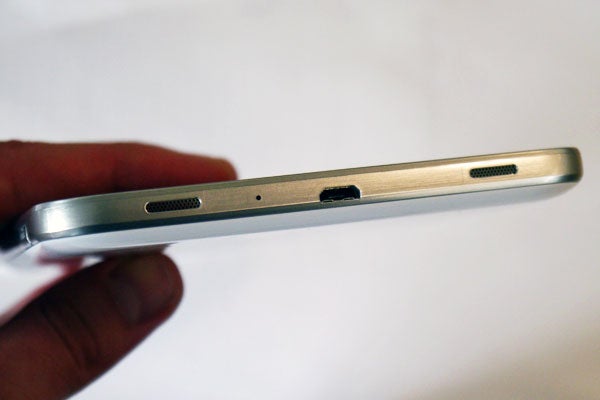 The Tab 3 7.0 ticks a lot of feature boxes by including two cameras, but neither is any good. The main camera has a 3.2-megapixel sensor and a fixed focus. It also lacks a flash. Cameras don’t get much worse than this, and it has the image quality to match its specs. 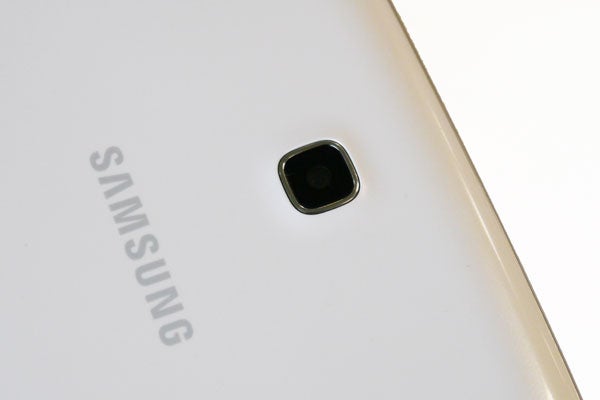 Most nearby light sources cause a weirdo halo’ing effect and photos are packed with moire noise, where most colours are not made up of one shade but a bunch of colour splodges that look vaguely correct from a distance. Even looking at the photos on the Galaxy Tab 3 7.0 screen it’s clear that the camera is rubbish. 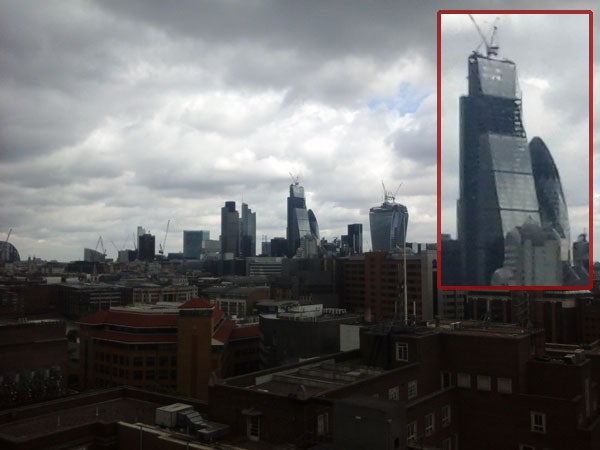 Taking photos on a cloudy day is a tricky task for a low-end camera, but the Galaxy Tab 3 7.0 performs very poorly. The level of detail is bad and the buildings appear underexposed. 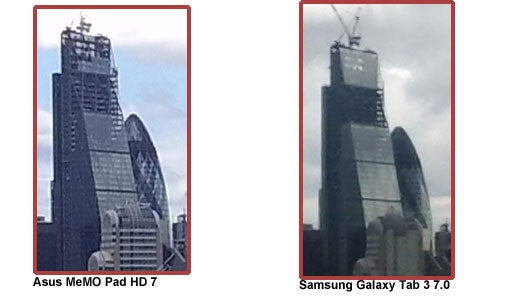 The Galaxy Tab 3 7.0 is significantly outperformed by the cheaper Asus MeMO Pad HD 7. 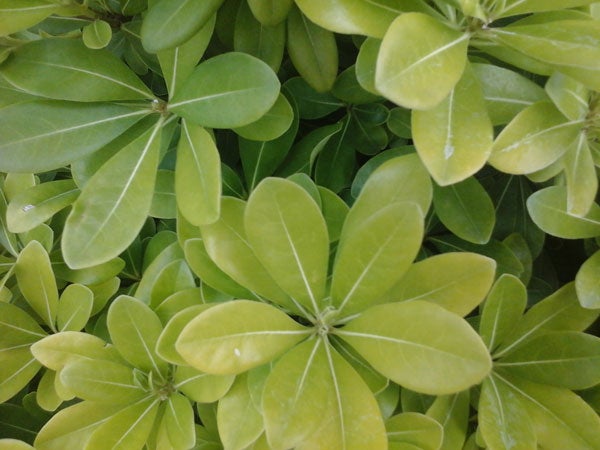 Note that the leaves closest to the lens are slightly out of focus thanks to the fixed-focus camera.

Left to play a video
on loop, the Samsung Galaxy Tab 3 7.0 will last for almost dead-on nine
hours. That’s good performance for a small tablet like this, although
it’s not quite as good as the Asus MeMO Pad HD 7, which lasted a full 10
hours. You get no access to that battery, as the rear is completely sealed.

The Samsung Galaxy Tab 3 7.0 has a solid range of connections for an entry-level tablet. It has Wi-Fi with WiFi-Direct support, Bluetooth and GPS. There’s a 3G edition, but it’s not widely available in the UK at the time of writing and costs a fair bit more.

Missing features include NFC and 4G. Samsung is one of the companies that seems keenest to bung NFC into its devices, but most people won’t miss it. Although it’s used as a wireless payments standard, its key use in a tablet like this would be to connect with one of the many new NFC-compatible wireless audio docks – which use NFC to connect before transmitting audio over Bluetooth. Nice, but not essential. 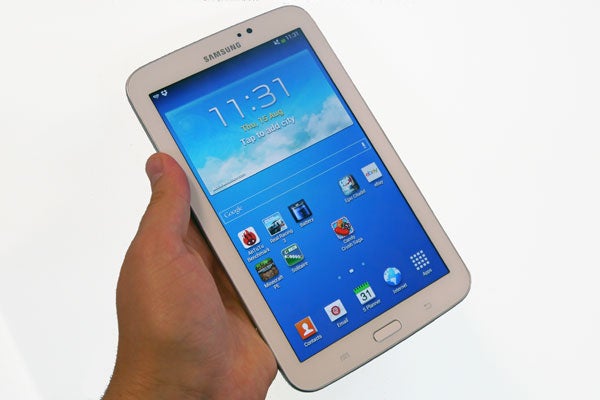 If released a couple of years ago, the Samsung Galaxy Tab 3 7.0 would have seemed like a great Android tablet. It has an IPS screen, reasonable performance and enough features to satisfy most.

However, it is 2013 and we’ve been shown more capable tablets by other manufacturers at a lower cost, especially those made by Asus. The new Nexus 7 2.0 costs a similar amount, but has a sleeker body, better camera, superior screen, more storage and more power. The Asus MeMO Pad HD 7 costs £50 less but still has a much better screen and more internal storage.

Samsung may be able to lean on the Galaxy brand to make a few sales, but there are too many better alternatives for the Samsung Galaxy Tab 3 7.0 to be considered a good buy.

Head to our best Android tablets round-up for a few more options.

The Samsung Galaxy Tab 3 7.0 bears many of the hallmarks of the Galaxy series, including the plastic body and TouchWiz UI. However, it hasn’t kept as in line with its competitors. Its middling CPU and very low screen resolution mean it just isn’t worth the money.