There are many reasons that the Samsung Galaxy S9 Plus is among the best Android phones on the market, but performance isn’t one of them. This isn’t because it lacks for speed, because it is super-quick. More because there are just so many fast Android phones these days, and as such, what I’m really interested in is how it will perform after a year or two – an area where Samsung phones have disappointed recently. 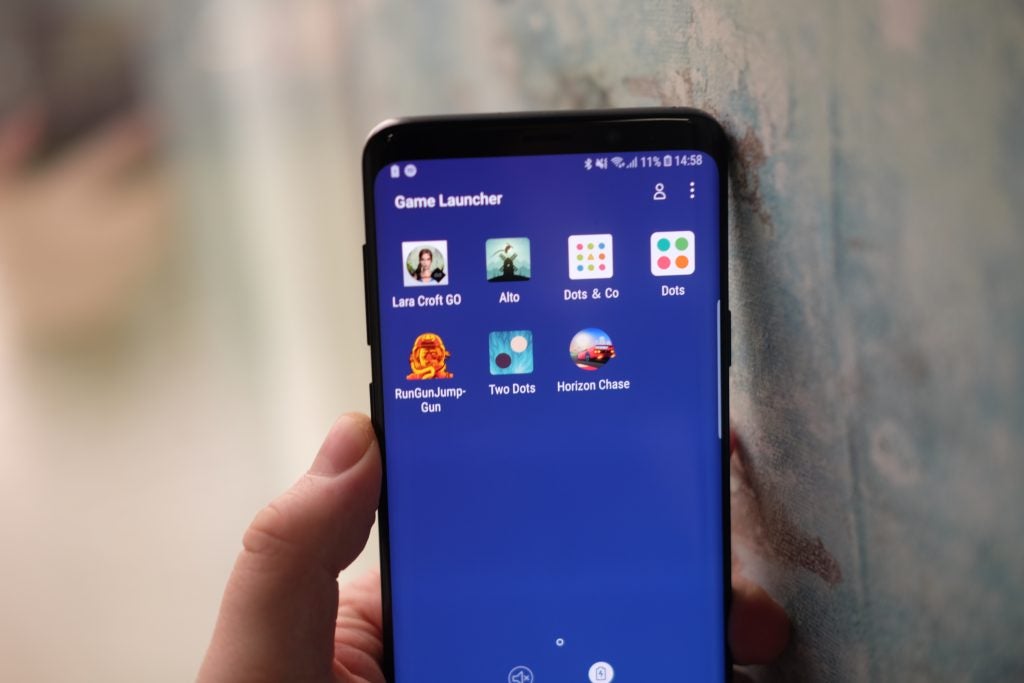 As expected, the S9 Plus internals have been updated. It features a Snapdragon 845/Exynos 9810, 6GB of RAM (4GB on the smaller model) and 64GB storage. The new chip powering the phone – which in my case is the Exynos – features an improved CPU and GPU, the ability to record super slow-motion video, and a few other tricks too.

In terms of benchmarks, there’s an improvement over the Snapdragon 835/Exynos 8890 from last year, but the S9 Plus can’t match the iPhone X for numbers and it’s way behind newer phones like the iPhone XS Max and Huawei Mate 20 Pro. See the benchmark table below for the full scores. 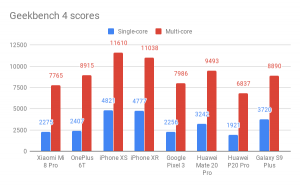 I’m more concerned about real-world usage, and I can’t say that there’s a huge difference between the Galaxy S9 Plus and S8. Apps open quickly, games play without lag or dropped frames, and everything feels super-smooth.

However, annoying jolts of lag occur on launching the Bixby AI and some of Samsung’s own apps feel like they’re hanging a moment or two more than I’m used to. It’s odd to have that moment of slowdown on such a high-end device and it’s made more obvious when you consider how smooth it is elsewhere.

One area where performance has improved markedly is audio. Not only does the Galaxy S9 Plus retain the headphone jack – making it one of the only 2018 flagships to have the 3.5mm port – but it also updates the speakers.

The downward-firing speaker found along the bottom edge of the S8 remains, but in the S9 Plus it’s now joined by a front-facing unit that’s positioned above the display. This works in a similar way to recent iPhones, pushing the audio towards you rather than it becoming muffled in your palm.

Next to a Galaxy S8, the difference is notable – not only in terms of sound quality, but in terms of general volume too. The sound can still distort at high volumes though, plus it sounds better when playing videos than it does for music – but I will take it.

The S9 Plus also supports Dolby Atmos. This is a technology that’s normally employed in a room with dedicated speakers positioned above you, offering an immersive, often exhilarating experience that really adds something to a film. On the Galaxy S9 it’s more a software boost, a button you press to simulate a 360-degree sound. It sounds fine, but a lot more artificial. 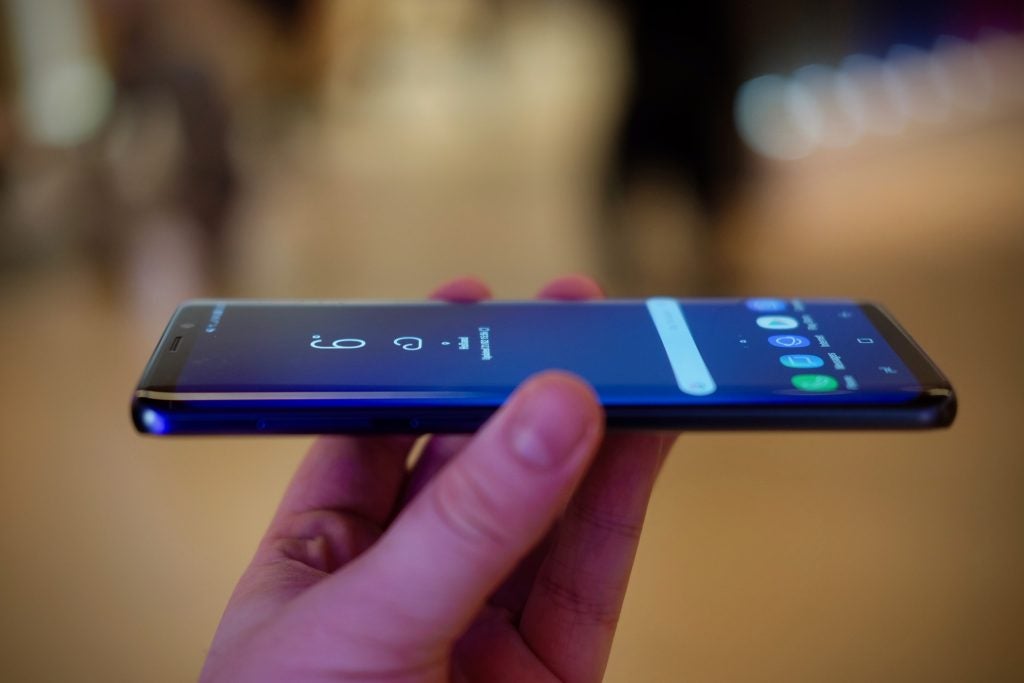 As with any high-end flagship, there’s support for 1Gbps LTE download speeds (where available), Bluetooth 5 and storage starts at 64GB. Samsung will be selling a 256GB model of the S9 Plus too, but you’re probably better off sticking a high-speed microSD card (up to 400GB supported) into the slot than paying the extra.

Call quality is fantastic and comfortably better than the iPhone XS. Signal strength is impressive too, as is Wi-Fi performance.

Even though the Samsung Galaxy S9 runs Android 8.0 Oreo, it’s almost unrecognisable from Google’s original design of the software. This is as much a Samsung operating-system as a Google one, with its upsides as well as downsides.

Samsung’s software is slickly designed, offering attractive icons and fluid movement between your app drawer and notifications panel. The Google Now panel has been ditched for Bixby Home, but you can always turn this off if Samsung’s voice assistant isn’t for you. 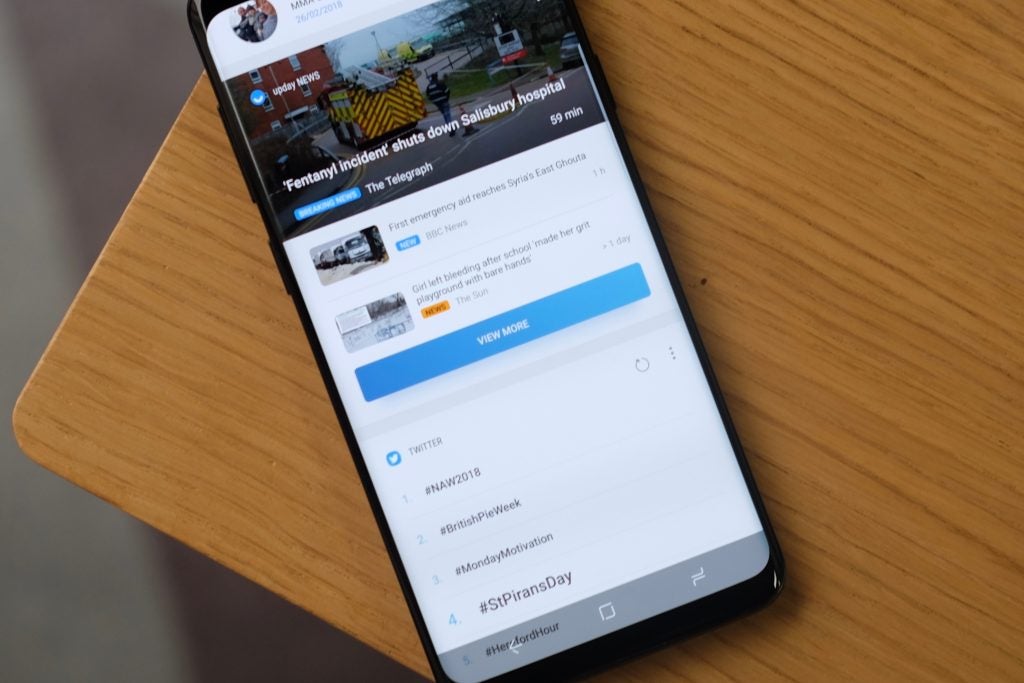 Bixby hasn’t been updated that much

Bixby is virtually the same as before, with its only new capabilities being able to translate words through the camera. We’ll have to wait for Bixby 2.0 to arrive later in the year to see if it gets any better.

Android on Pixel devices feels simple, but here it’s jam-packed with extras. I appreciate the sheer number of customisation options Samsung provides. These range from altering the screen resolution to saving battery to tweaking the performance of games.

Samsung’s battery-saver mode remains one of the best. There are plenty of security options, too; the ability to have duplicate messaging apps if you use the phone for work, and a great Secure Folder for private files. There’s so much going on here that at first it can feel overwhelming. 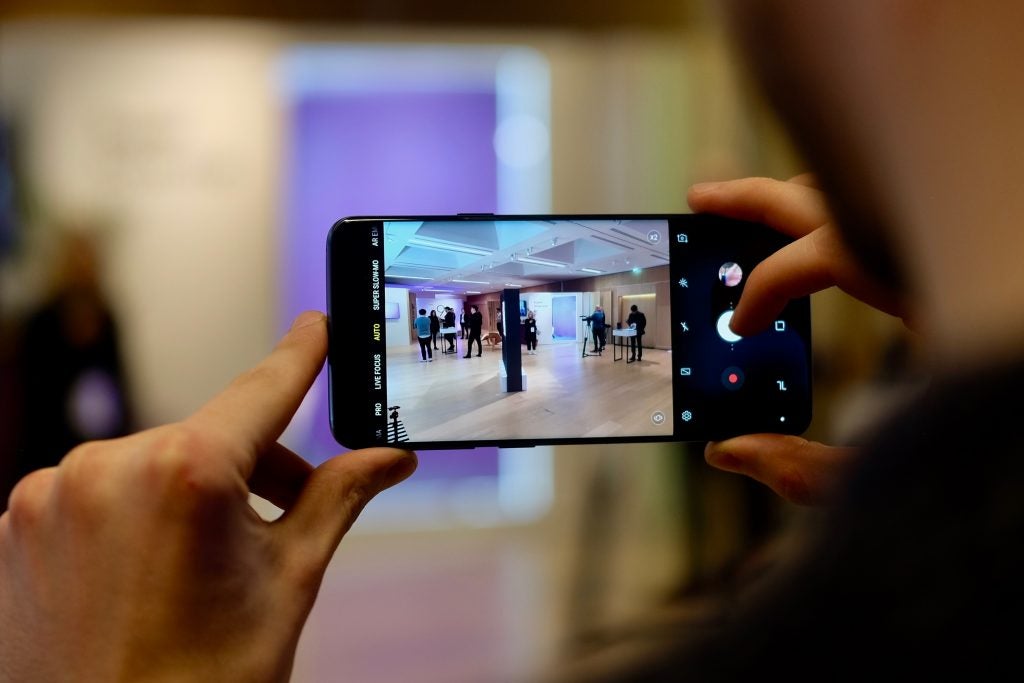 Little has changed with regards to the methods for unlocking the device. Iris and facial recognition are available to you alongside the fingerprint scanner, but none feel quite as sophisticated in operation as Apple’s Face ID. There’s noticeable judder as the phone finds your face/eyes and a bright red light beams into your retinas if you use the iris scanner.

I’d have liked Samsung to look to the iPhone X for gesture control, too. Having becomes used to swipes required to navigate iOS, it feels a bit old-fashioned to go back to the rigid set of software keys. However it seems these changes will be coming in the Samsung One UI update that will likely see a release in 2019.