With the Galaxy S6, Samsung made a big change. It switched from Qualcomm’s massively popular Snapdragon series to its own Exynos chips.

This move proved to be a complete success as the then Snapdragon flagship – the 810 – had a rocky start with bouts of overheating woes. The Exynos 7420 soared to the top of our performance tables by comparison.

For the Galaxy S7 and S7 Edge, Samsung has gone back to Qualcomm in certain territories, but stuck with the latest Exynos 8890 in others. My review unit is running the Exynos and it’s certainly a strong performer. 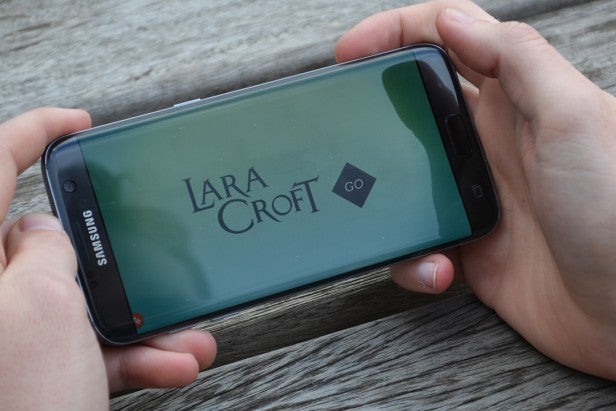 Samsung’s latest high-end CPU consists of eight-cores, four running at 2.6GHz and the other four at 1.59GHz. It’s paired with a Mali T880 GPU.

During my time with the Galaxy S7 Edge the performance has been exactly what I expect from a 2016 flagship phone. It’s fast in general use, with all that power barely put to the test when you’re knocking out emails, messages, browsing Chrome or even playing bouts of Candy Crush or Monument Valley.

The 4GB RAM helps multitasking stay smooth even with multiple apps open and I’m yet to find a game that lags even slightly. Hitman Sniper, Lara Croft Go, Asphalt 8 and Real Racing 3 all play with ease. But, to be completely honest, I would be very disappointed if the Galaxy S7 Edge struggled with any of these tasks.

Yet, there’s still niggling little bits of lag littered throughout TouchWiz. There’s an odd pause when opening up an app and navigating through Samsung’s own often leads to lengthy loading times.

In our usual suite of benchmarking tests, the Galaxy S7 Edge leaves the competition trailing in its wake. I’ll update this once I have used all the Snapdragon 820 phones as that will give a better comparison, but for the time being Samsung’s latest flagship sits atop the pile.

It picks up a score of 6,669 in the Geekbench multi-core test, putting it ahead of its closest rival, the Huawei Mate 8, by about 300. The difference is much bigger when compared to a Snapdragon 810 device like the Nexus 6P which has a score of 4,245.

There’s an even wider gulf when it comes to AnTuTu. Here, the Galaxy S7 Edges scores 129,468 a big improvement over its closest rival which again is the Huawei Mate 8 (92,746). 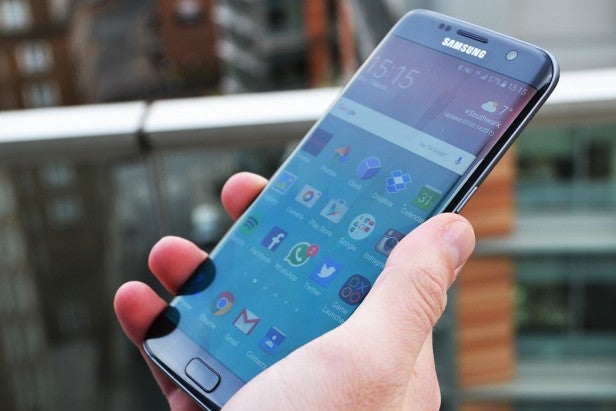 Samsung has added in a futuristic sounding ‘water-cooling element’ inside the S7 Edge to try and halt any accusations of overheating. It seems to work, for the most part anyway. The phone does get hot when installing lots of apps and when it’s fast charging, but aside from that it manages to stay mostly cool.

Aside from the small niggles I mentioned earlier, the Galaxy S7 is currently the fastest phone around. There’s enough raw power here to handle pretty much everything Android is currently capable of doing.

Call quality is excellent, on Three’s UK network, and the microphones do a really good job shutting out any pesky background noise.

The bottom facing speaker is less successful. While competing phones like Google’s Nexus 6P and Motorola’s Moto X Style have impressive, loud and great sounding speakers, the ones on the Galaxy S7 Edge are tinny and distorted. They’re loud enough though, which is something at least. 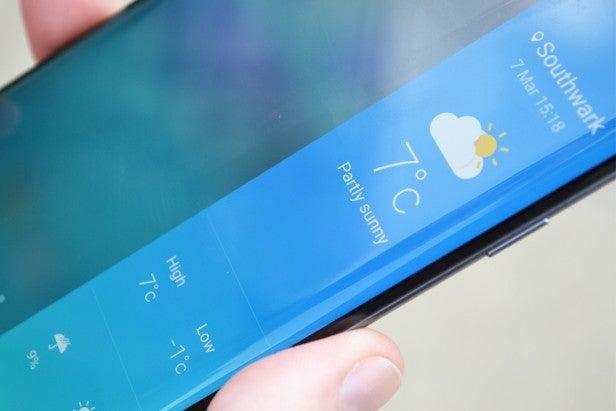 One major negative I still hold against Samsung’s phone is that it doesn’t yet have an Apple Pay rival set-up and available in the UK. Samsung Pay is alive and kicking in the USA and South Korea, and I am told it’ll hit the UK in 2016, but it would have been nice to have it along with the launch of the Galaxy S7 and S7 Edge.

To make those ‘Edges’  – the curved portion of the display – seem more than just something to lust over, Samsung has Edge apps that aim to put the curves to use. They were limited last time around, but they’re a little more useful here.

You can add favourite contacts, shortcuts to apps and handy tools like a compass and a, erm, ruler. At £639, this is easily the most expensive ruler you can buy.

Developers can now build extensions for the Edge. Yahoo, for instance, has made one for quickly swiping in and checking the news and to see if Leicester are still riding high at the top of the Premier League. It’s more of a novelty than something you’ll actually use everyday, but it’s nice to see Samsung is at least trying to do something different here. 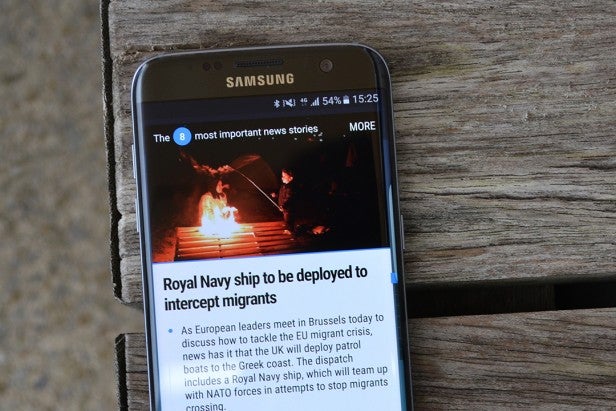 Finally, upday (I haven’t yet worked out why it’s called that) is the replacement to the Flipboard Briefing screen that used to sit on the screen left of your homepage. It’s a slick looking news aggregator and rival to Apple News that’s easily accessible, but it’s highly curated and you can’t add in any extra sources. Still, it can be turned off completely and never touched.

If you’ve pre-ordered a Galaxy S7 or S7 Edge from Samsung or another supported retailer, you’ll also be getting a Gear VR in the package too. This is Samsung’s entry-level virtual headset, but it’s surprisingly full-featured and a great little freebie.

Stick your phone in the top – it also works with older the older S6, S6 Edge and S6 Edge+ – and you can play a selection of VR games, watch videos and even stream Netflix.

Our full Gear VR review goes into more depth about just how this handy accessory works, but it’s certainly an impressive first taste of virtual reality.