My biggest issue with the Galaxy S6 was the battery life. Some felt it was fine, but it would barely ever get me through a full day of use. That’s just not acceptable.

Thankfully, that isn’t an issue this time around. Samsung has upped the battery to 3,000mAh – from 2,600mAh on the S6 – and it makes a huge difference.

Now, don’t go thinking you’re going to get phablet-like stamina here. This is still certainly a charge-every-night device, but you won’t get to six o’clock in the evening and start having to frantically search around for the charger. 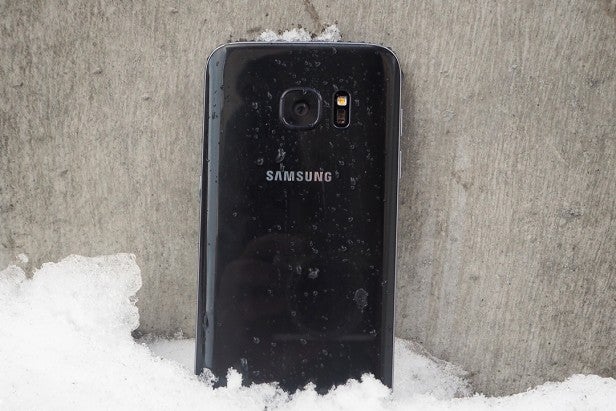 With high daily use the S7 tends to leave me with around 10-15% battery life at the end of the day. Like the S7 Edge, though, it drops suddenly during intensive tasks. Around 30 minutes of Hitman Sniper takes it down by 20%, and an hour of Spotify streaming over a 4G connection uses up 8%.

It has fantastic standby time, though, most likely down to the Doze feature built into Android Marshmallow, so leaving it unplugged overnight will only lose you 3-4%.

There are a few power-saving modes to choose from if you want to try and get more from the battery. The regular ‘Power saving mode’ adds an extra hour (give or take), while the ‘Ultra power saving mode’ doubles the time you can keep on going for. It does turn everything monochrome, though.

I’m impressed that Samsung has kept Qi/PMA wireless charging around here. It’s not a vital feature, but not a lot of phones have it and it’s still a cool talking point to drop your phone onto a wireless pad and see it charge up. There’s fast charging too, and the phone will fully juice up in just over an hour.

There’s no doubt about it, the biggest competition facing the Samsung Galaxy S7 is Apple’s iPhone 6S. Both are around the same price, are compact, have stunning cameras and look great.

For me, the Galaxy S7 is a slightly more tempting product, unless you just can’t live without iOS and its tight ecosystem, but both are really great phones. Want Android and bags of power in a sleek form? The Galaxy S7 is for you.

Then there’s the LG G5, which matches a lot of the specs from the Galaxy S7 series and adds a nifty modular system for switching out components. It’s doesn’t have that slick finish of the Galaxy S7, but its camera has some clever tricks and it might just undercut the Samsung flagship when it comes to price.

Plus there’s the iPhone 7 hopefully landing in a few months. The HTC One M10 (or simply HTC 10) could also be a strong competitor, but there’s still little confirmed about it yet and the Taiwanese brand has struggled a lot recently. 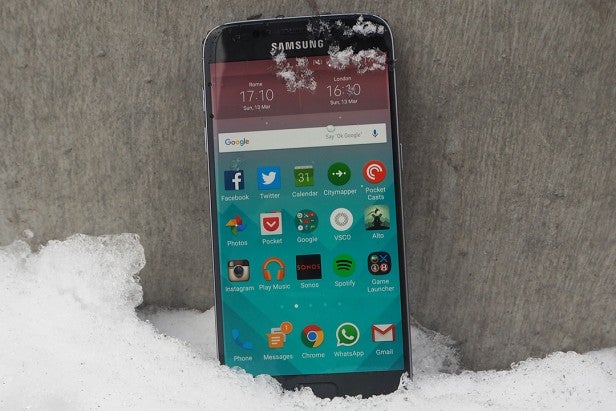 Should I buy the Samsung Galaxy S7?

There isn’t a better Android phone out there right now. The Nexus 6P comes close, but it’s much larger, and the Galaxy S7 Edge is a lot more expensive. For the majority of people, I’d say the Galaxy S7 is the phone to pick.

It looks great, feels a lot better than the Galaxy S6 due to the curved back, and it performs like a champ.

It also has the best all-round camera on any phone, thanks to crisp images and a fuss-free app that’s fast to open, focus and shoot.

Samsung has taken the Galaxy S6, an already excellent phone, and fixed just about everything wrong with it.

Stunning. Samsung has just raised the bar for every other Android device. Simply put, if you want to buy a new phone right now, this is the one to pick.

Which smartphone are you planning to buy this year? Let us know in the comments below.