The Galaxy S6 runs Android 5.0 Lollipop integrated with a newly streamlined version of TouchWiz and it’s incredibly snappy to use. One of the best features is the multi-window functionality – I used it frequently. 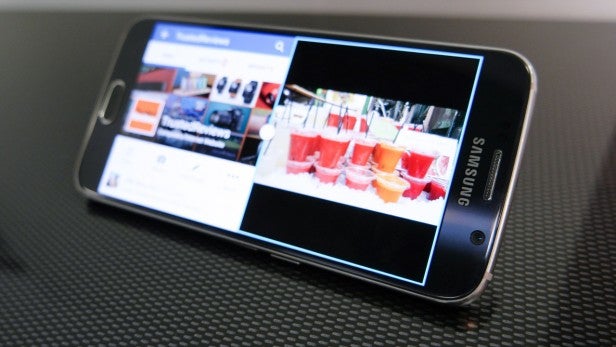 Multi-window lets you open and use two apps simultaneously by holding down the option button or dragging from the top left corner of the screen. It’s great for writing an email while checking details online, or sharing posts from social media while talking about them with a friend on WhatsApp, for example.

Overall, the streamlined look and feel of the TouchWiz is a winner. We did experience a couple of instances where downloaded and native applications would randomly stop working, but we imagine this will be smoothed out fairly easily with updates.

TouchWiz gets a huge helping hand by the fact this is the most powerful smartphone on the market right now. Only the HTC One M9, with its Qualcomm Snapdragon 810 processor, gets close to matching its performance. 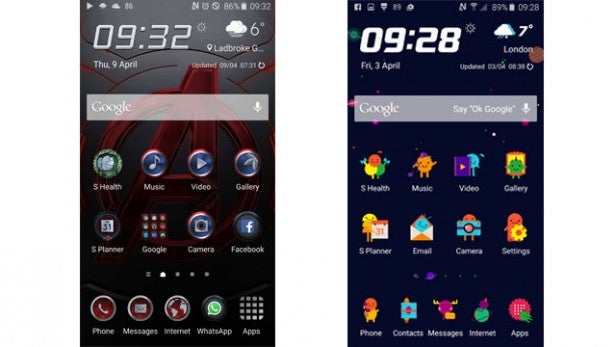 The S6 has some great themes, we especially liked the Space theme on the right

The credit goes to the 64-bit Samsung Exynos 7420 octa-core processor and 3GB RAM – it’s the first time Samsung has used this chip in a phone. It seems that switching away from Qualcomm’s top-end Snapdragon processor in its flagship phone has paid off handsomely.

The Exynos 7420 processor has an advantage over the powerful Snapdragon 810 processor used by the HTC One M9 because the chip is smaller and more energy efficient. You can read the software and performance sections of our Samsung Galaxy S6 Edge review for a more detailed breakdown of how it compares to the competition, but needless to say the S6 impresses.

One of the best demonstrations of the Galaxy S6’s power is how smoothly it handles graphically intensive games like Real Racing 3 or Asphalt 8. There are no dropped frames whatsoever and the games are rendered better than we’ve seen on any other phone.

The speaker is at the base of the phone, next to the microphone. On the Galaxy S5, the speaker was on the lower back of the phone, which meant it nestled in the palm of your hand when using the phone upright – not helpful.

It seems Samsung has tried to address that by moving it again, but placing it on the base isn’t the most sensible alternative as it puts the speaker in the palm of your hand (again) if you view videos or play games in landscape. 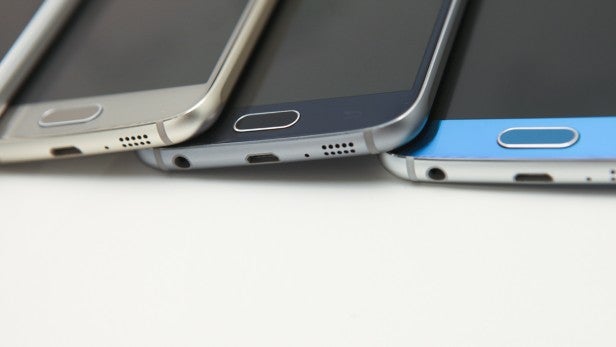 To get around this you either have to use headphones, hold the phone carefully or have some method for propping it up so you don’t have to hold it. It’s a frustrating niggle.

When unblocked, the audio quality is much improved over previous Samsung phones. The speaker placement works well for taking calls, and renders voices clearly. It has a better range, too, though it’s still ‘top heavy’ with high pitched sounds dominating.

On a more positive note, the Galaxy S6 does a half decent job with bass. You won’t get much joy trying to use the Galaxy S6 to entertain a small group of friends in an open space, but it’s definitely good enough for watching videos or playing games in private.

We didn’t experience any dropped calls during our time with the Galaxy S6 – a problem we did occasionally suffer with the S6 Edge.

Signal strength was as high and consistent in various locations as the HTC One M9 and iPhone 6. Moreover, the iPhone 6 and the S6 are the first phones optimised for Wireless Calling from EE. This means phone calls and texts can be made even when there is no network signal, as long as you’re connected to a good WiFi network. 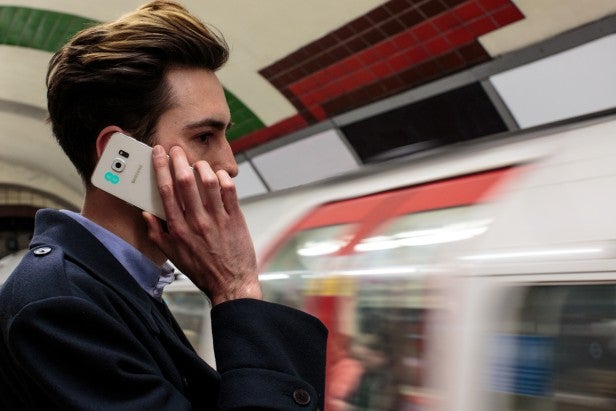 It’ll be great for anyone who has black spots in their home or who live in areas where network signal is notoriously poor. It also means you can make calls or send texts on a WiFi enabled London underground platform, which is great for emergencies and productivity.

Using EE’s Wi-Fi Calling is seamless and requires no additional app or login. The phone operates as normal when connected to Wi-Fi, using the same phone dialler, same contacts and messaging app.

Call quality is good provided you have a solid connection, although even on its loudest setting it didn’t feel quite loud enough when using the phone on a busy street. The noise cancelling mic does a good job of keeping out ambient noise, though, and the person on the other end of the phone will hear you clearly.