The Samsung Galaxy S6 Edge should have much shorter battery life than the Galaxy S5 and HTC One M9. After all, the 2,600mAh battery is a lot smaller than the 2,800mAh one on the S5, and the Edge has a higher-resolution screen. Both these factors point to less-than-inspiring battery life, but in reality the S6 Edge isn’t bad at all, if a little inconsistent.

With low to moderate daily use the S6 Edge (mostly) left us with around 40-50% battery life at the end of the day. There were occasions, though, where the battery drained far faster than we expected. On one occasion, after normal use, it ran out entirely before we got home at the end of the day. That hasn’t happened to us in a while, though, and may have been down to us exploring more of its features than you normally would. 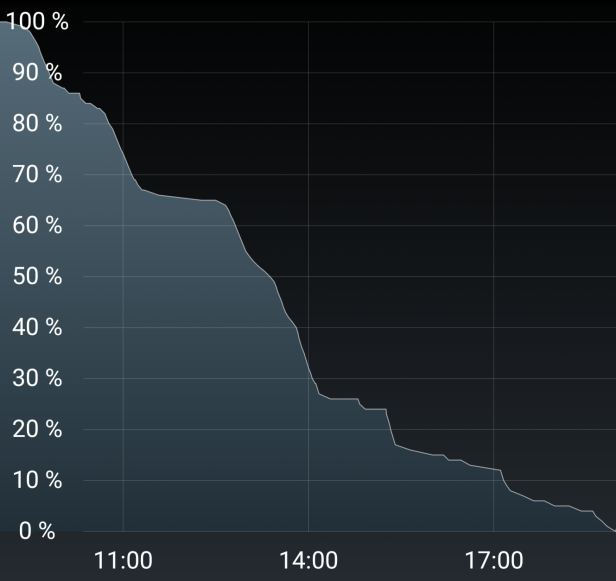 The Galaxy S6 Edge on a hard day’s use (8am-8pm). 3D gaming hits it very hard, but it otherwise performs well

Still, with power saver on, the S6 Edge can last for two days at a stretch, and that’s impressive. It’s even more so when you consider that even on low-power settings the S6 Edge flies.

It just goes to show how good that Exynos processor is. The HTC One M9 has a bigger battery and smaller, lower-resolution screen, but only lasts about as long as the Edge, and on some tests even less. That’s bonkers.

The glass back means you can forget about replacing the battery, but the S6 Edge does benefit from fast charging, which makes it charge, you guessed it, faster than ever before. You can get up to four hours of use from just a 10-minute blast. It is also compatible with wireless chargers. You don’t get one in the box, but if you have an old one lying around it should work with the Galaxy S6 Edge.

Call quality on the S6 Edge is solid, but not outstanding. We experienced a few dropped calls using the same SIM card in the same locations as we do other phones. Digging into the phone’s signal strength didn’t provide much insight – signal strength appears to be just as strong as on the iPhone 6 or HTC One M9.

Putting that aside, actual sound quality is very good. A noise-cancelling mic manages to compensate for general hubbub so that the person on the other side can hear you clearly, and top volume on the ear speaker is more than adequate. 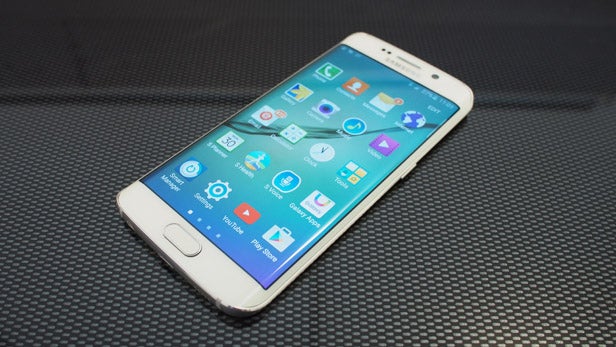 Should I buy the Samsung Galaxy S6 Edge?

Do you want the best-looking phone possible? Is money no object? If the answer to both these questions is yes then get your order in now. If not then read on.

It’s hard to recommend the Galaxy S6 Edge over the normal Galaxy S6 for any reason other than its looks. The “classic” S6 is a fair amount cheaper – £660 for the 64GB model compared to £730 for the 64GB S6 Edge – and is essentially the same phone, barring the edge screen.

Then there’s the Galaxy Note 4 to consider, which can now be bought for £500 SIM-free. It’s a stonkingly good handset for the price and comes with the added benefits of the S Pen, microSD card slot, a bigger screen and longer battery life, even if the camera is a step down.

The iPhone 6 is another obvious contender. It’s the closest phone in terms of design and capability to the S6 Edge, but is cheaper, while the HTC One M9 is a solid all-rounder, and comes with a microSD slot, but has a relatively poor rear camera.

The Galaxy S6 Edge has a few downsides. Aside from cost, there’s the occasionally inconsistent battery life and sporadic signal quality issues. Neither of these are terminal problems by any stretch, but you need to think carefully about how important they are to you, because there are other, cheaper flagships around.

But none of these things prevent us saying this is one of the best phones, if not the best phone, you can buy right now. If you’ve got the cash to splash and want the very best, you won’t be disappointed.

It’s easy to dismiss the Galaxy S6 Edge as a folly, but you shouldn’t. It has one of the best cameras on a phone ever, it looks incredible and its minor shortcomings are forgivable. It’s not a perfect 10 – better battery life and ergonomics would have made it that – but it’s damn close.