Many of the most important battery optimisations come from the Qualcomm Snapdragon 801 processor, though, not this 200mAh capacity jump. 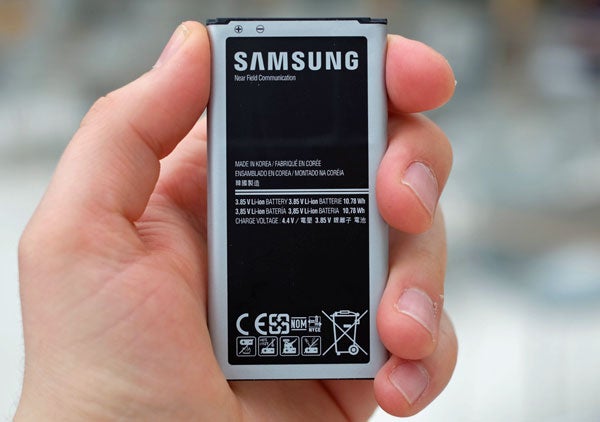 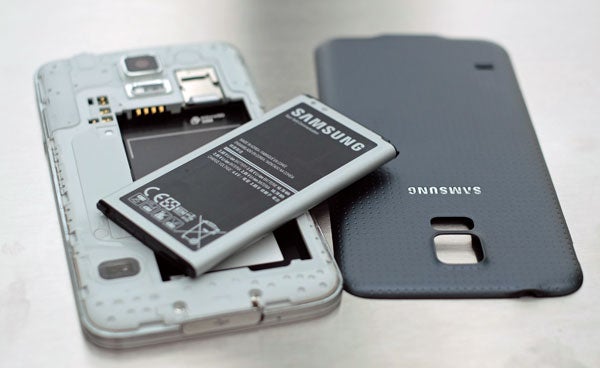 Without using any of the phone’s special power-saving skills, you’ll get a day a half out of the phone with moderate use. This year’s new flagship phones won’t suddenly see us get mobiles that last an age longer than last year’s ones if you use things like mobile internet a lot.

As a secondary test we set the Galaxy S5 to play a video from a full charge until the phone switched itself off. With medium brightness, the phone lasts for 11 hours when playing an SD-quality video. This is good, and roughly an hour longer than we squeezed out of the HTC One M8.

Power Saving is a fairly traditional mode that tweaks things like processor clock speed and screen brightness/contrast. It also lets you restrict background data, and even turn the screen monochrome to limit the power consumption of the display.

Ultra Power Saving goes a few steps further. It does all the above, and provides a super-simple one-screen interface that only gives you access to a six apps – the phone, your SMS messages and the browser. Oh, and it’s all in black and white.

You still get access to your mobile data while actually using the phone – it doesn’t make the Galaxy S5 zero fun – but all background data and standby data access is naturally off the cards. In this mode the phone can last for more than 10 days on standby. But you’d only really want to use it when you need to hang onto your last 10 per cent of battery for as long as possible.

From something new to a performance just like last time, the Galaxy S5’s call quality is pretty ordinary, but perfectly fine.

The earpiece speaker is fairly loud and fairly clear, if lacking a bit of top-end bite. Like most Android phones, the S5 uses a secondary microphone to provide active noise cancellation.

The Samsung Galaxy S5 offers a very complete array of connections. Those that mark the phone out among some of its peers include 4G, Wi-Fi ac, NFC and a new connectivity mode that lets the S5 use your Wi-Fi and mobile internet connections simultaneously for faster download speeds.

The most visible connectivity aberration, though, is the micro USB 3.0 port on the bottom of the handset. It looks like a microUSB port with a half-formed twin jammed onto its side – and that’s more-or-less what it is. 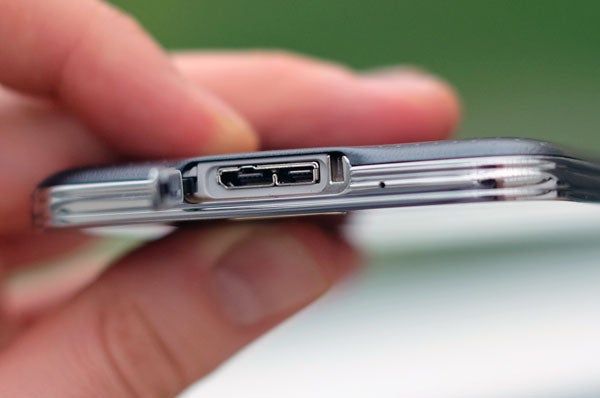 It is a little ungainly, but will give you faster transfer rates and faster USB port charging when hooked up to a computer with a USB 3.0 port. We’re highly unlikely to see this in next year’s Galaxy S6, though, as the USB 3.1 standard has already been announced. Its micro port is as small as the USB 2.0 one, and is reversible to boot. The Galaxy S5’s bigger port is likely to be remembered as an oddball. And we’re not convinced many people will actually benefit from it.

Still, you can plug a standard microUSB cable into it and use existing chargers, so there’s no real compromise involved beyond the weird look. 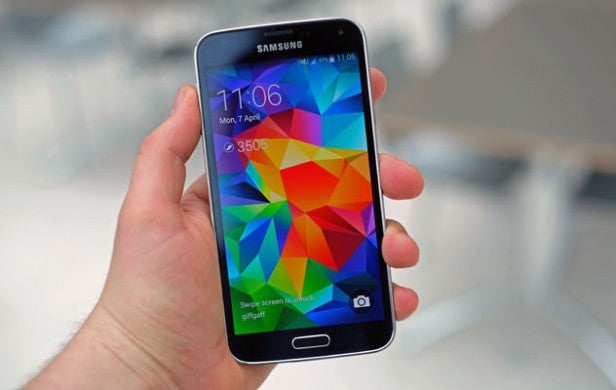 Should I buy the Samsung Galaxy S5?

The Samsung Galaxy S5 is probably the worst-looking of the three 2014 Android flagships we know about so far. HTC’s metal One M8 and Sony’s metal/glass Xperia Z2 both offer a look that is more successful than what we have here. Of course, if your phone is case-bound, the look of the hardware won’t matter too much.

It carries on into the software too, though. Once again HTC Sense looks and feels slightly better than TouchWiz. And yet again the Samsung UI does prove to be a minor performance drain.

However, other aspects of this phone are good or excellent. The screen is truly superb, providing the sort of image quality that makes us wish people hadn’t all-but stopped making OLED TVs.

And while there are ways Samsung could have improved the camera, it is a great performer in day and night alike – as long as you have a steady hand and some patience.

There are misses to match the hits. But the places those hits land are extremely important.

The Samsung Galaxy S5 fits happily into the role of Galaxy S4 successor. It’s a phone with some significant improvements over that model. It lacks the style of its nearest rivals, but it more than delivers on every other point and has a truly oustanding screen.

Note: Overall score is not an average. Read our Score Guide for more detail.