Call quality on the
Samsung Galaxy Zoom S4 is good. We didn’t notice any distortion issues
or calls dropping out. The built-in speaker while not great for music,
is loud and clear enough for speakerphone conversations. Things can
start to get a bit tinny when you crank up the volume, though.

The
only real problem with using the S4 Zoom as a phone is getting used to
holding what looks like a camera to your ear. The jutting out lens takes
getting used to but if you really like the idea of the phone with a
proper camera lens then it’s a tolerable problem. 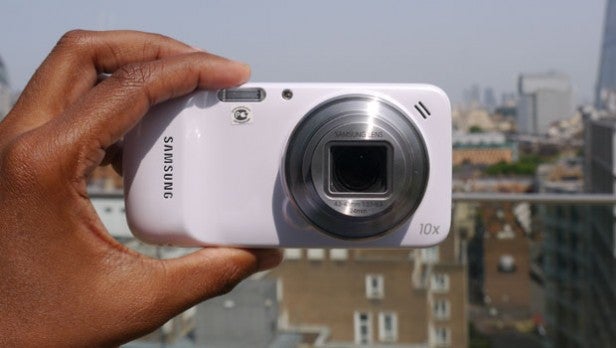 The
Samsung Galaxy S4 Zoom has a 2,330mAh battery – slightly less than the
S4 (2,600mAh) but more than the S4 Mini (1,900mAh). Samsung claims the
Zoom should get you up to seven hours of internet usage over 3G and nine
hours over Wi-Fi.

Over a day’s use the S4 Zoom’s battery copes
well browsing the web, playing games and taking pictures. It holds on
for well over a day, but you will still need to charge it when you get
home.

In terms of connectivity, the Galaxy S4 Zoom has the
headphone jack, micro USB charging port and micro SD card support on the
outside. Beneath the screen there’s 3G, Wi-Fi and 4G LTE support.
Samsung has also included support for NFC, low energy Bluetooth 4.0 and
both A-GPS and GLONASS navigation systems. 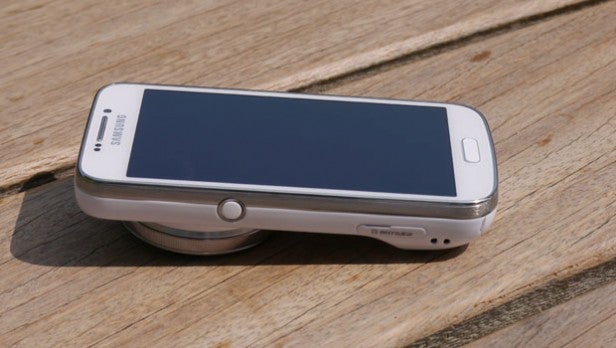 Should I buy the Samsung Galaxy S4 Zoom?

If
a smartphone and camera in one is your dream come true then it’s an
unequivocal, yes. The Samsung Galaxy Camera-inspired features really
give the S4 Zoom the edge over the likes of the iPhone 5 and the HTC One
for snapping photos – enough so to tolerate the extra bulk.

If you’re undecided on the idea, however, it’s not such an open and shut case. For instance, you could buy a Google Nexus 4 (£239) and a Samsung WB250F Smart camera and still have change left over from the Zoom S4’s circa-£450 asking price.

There
is a trade-off on the design, too. The S4 Zoom is an S4 Mini with a big
lens attached, but doesn’t fit as snugly in the pocket. That’s okay if
you have a bag to pop it in, but not so if you always carry your phone
in your pocket.

It will be interesting to see how it matches up with the Nokia Lumia 1020
as well. The new Lumia looks more jeans-friendly and has some promising
camera features, but lacks the long zoom lens. Which is the better
approach? We can’t answer that question right now, but it’s an
interesting one.

The Samsung Galaxy S4 Zoom is a
great smartphone/camera hybrid – it’s a decent mid-range smartphone and
camera delivers where it counts. We can’t recommend it to everyone, but
if you love the idea then you’ll love the S4 Zoom.

Next, find out which phones we rate the best mobile phones of 2013.