Although the Samsung Galaxy S4 multimedia features aren’t quite as advanced as those of the HTC One, which pairs Beats audio with forward-facing stereo speakers, it holds its own on this front.

It looks small, but Samsung Galaxy S4 speaker pumps out a surprisingly strong sound, with music playback enough to satisfy most casual users. During video playback, as well as benefitting from the stunning screen, the Samsung Galaxy S4 digs out nuances that some rivals would miss, while avoiding too much distortion at higher volumes.

With 16GB, 32GB and 64GB versions available there is an option that will suit even the heaviest of multimedia consumers. For those wanting to keep costs as low as possible, a microSD card slot lets you expand the memory by up to 64GB, too.

These quoted capacities should be taken with a considerable pinch of
salt, however. Our review model, the 16GB version, had a little over 9GB
of accessible storage, almost half of what was listed. 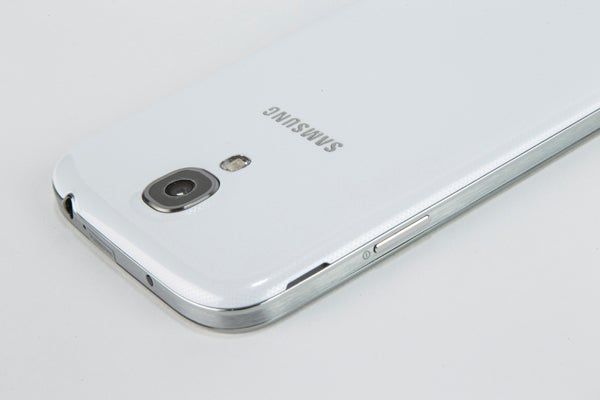 Ensuring that this range of multimedia content is at your disposal as and when desired, the Samsung Galaxy S4 home screens can be adorned with a selection of music and video centric widgets, offering instant access you’re your digital content.

Simple and effective, these widgets are easy to position and a joy to use, improving the overall user experience and cutting down the amount of time spent jumping in and out of designated apps just to change a track.

Further bolstering the handset’s multimedia credentials, the silicone tipped in-ear headphones that come boxed with the Samsung Galaxy S4 are a perfectly acceptable pair of earbuds that offer detailed sound without ever breaking new ground. 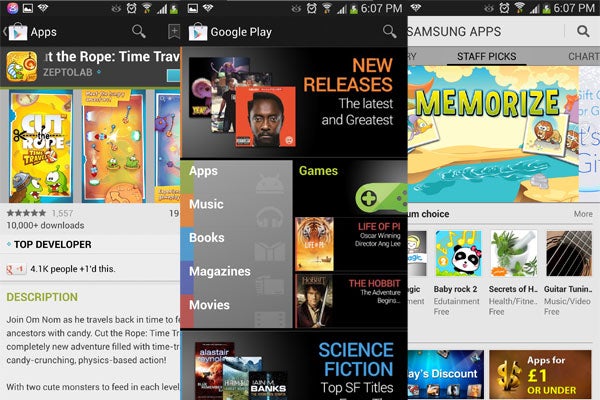 The Galaxy S4 gives users ample opportunity to top up their handset’s app collection with not one, but two designated app stores vying for your custom and cash. But the presence of two app stores, Samsung Apps and the more familiar
Google Play Store, only confuses matters. Samsung Apps has less choice
that its Google Play counterpart, and things become confusing when price
discrepancies between the two stores appear for the exact same apps,
casting doubt into every app purchase. 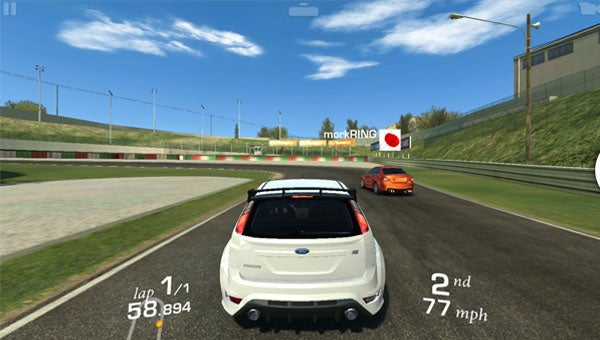 The S4 gave us no problems when running apps. Unlike the Sony Xperia Z, it handled a heavy-duty Real Racing 3 session without any issues.

Far from a one-off anomaly, price variations encompass most apps with neither store proving particular cheaper than its rival in the long run. Examples of these price fluctuations include TuneIn Radio Pro, a £3 purchase through Samsung Apps that will set you back £3.31 via the Google Play Store. Not limited to any particular app category, the Sonic CD game costs just £2.35 through Google Play compared with the £3 Samsung Apps frequenters are forced to pay.

Further compounding the confusion, given its exclusivity to Samsung branded handsets, Samsung Apps is still missing a number of recently released high-profile applications, such as the new Cut the Rope: Time Travel.