On first glance, the Samsung Galaxy S4 design appears little more than a carbon copy of its predecessor. On closer inspection, however, it quickly becomes clear that Samsung has made a number of small, subtle improvements over the S3 that, when combined together, make a considerable difference.

The Samsung Galaxy S4 design shuns the option of a premium, brushed metal or unibody design in favour of a largely plastic body. It doesn’t look or feel like a £600 phone, but it doesn’t feel offensively cheap as some have suggested or feared, either.

Build quality is reassuring, too. The Samsung Galaxy S4 feels less rigid and unforgiving than its predecessor, with just a little flex in its body when faced with large amounts of pressure, but not so much as to cause concern. The Gorilla Glass 3 protective screen, meanwhile, does its job, with no visible marks left on the screen having let the handset rock about our pockets in company with keys and coins, two things we do not recommend you do on a regular basis. Fine, so it’s not waterproof like the Sony Xperia Z, but the Sony unusual in that respect. 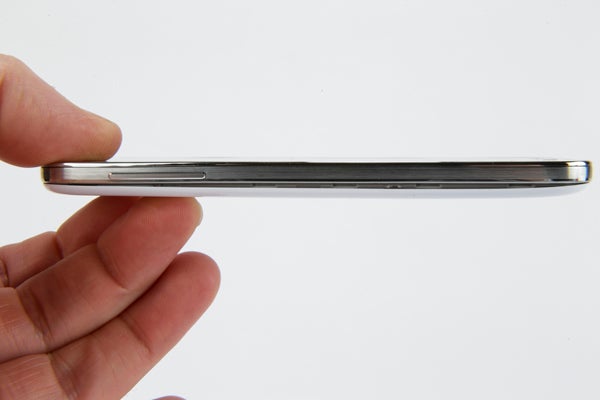 Compared to the S3 it replaces, it has a slightly squarer, flatter finish, while the faux-metal trim on the outer edge is a simple alteration that gives the S4 a visual one-up on the S3. More striking is incredibly slim bezel – the reason the S4 is no larger than the S3 despite its extra 0.2-inches of screen real estate. It looks fantastic and is a welcome improvement, even if it results in accidental presses from time-to-time.

Having faced manufacturing issues with last year’s ‘Pebble Blue’ Galaxy S3 colour scheme, Samsung with the S4 has opted for new White Frost and Black Mist hues. In a further effort to aid the S4’s premium appeal, it’s adorned with a fine checkerboard effect that, surprisingly, does look considerably nicer than the bland plastic approach of the S3.

So far the Samsung Galaxy S4’s design is a marked improvement over the S4, but despite these improvements, removing the handset’s rear plastic panel in order to insert a SIM or microSD card is still an unpleasant, nerve-wrenching experience that is best avoided whenever possible.

It may be more resilient to knocks and drops than the glass backing found on the likes of the iPhone 4S and Google Nexus 4, and less likely to show scratches than the brushed metal of the iPhone 5 and HTC One, but the plastic back panel of the Samsung Galaxy S4 feels unnecessarily fragile, flexible and a likely snap hazard.

The saving grace, of course, is the removable battery and customisation the removable rear case allows. It’s down to you decide which you’d rather have. 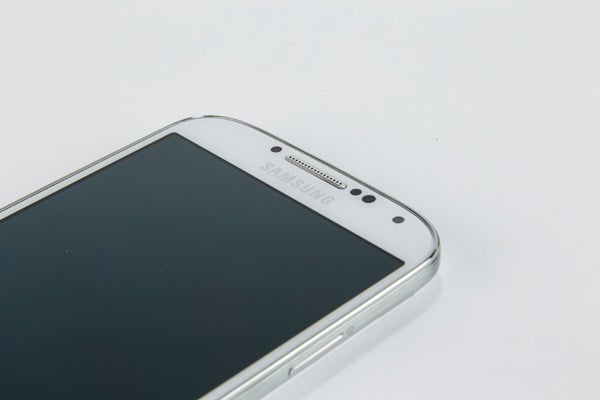 Contrary to a number of pre-release rumours, the Samsung Galaxy S4 has retained its physical home button as just one of three physical controls on the whole phone, lining up alongside the power/sleep button and the customary volume toggle.

The S4’s power/sleep button is handily located towards the top of the handset’s right hand side; within easy reach no matter you hold the phone. But the S4’s volume toggle is slightly less accessible. Pitched on the left side, higher than the parallel power button, the volume control is a bit of a stretch to use when holding the S4 in your right hand – a small irk, but one you’ll notice.

With a microUSB port, used for charging, at the base, a 3.5mm audio jack sitting comfortably on the handset’s upper edge, and microSD and SIM card slots residing under the plastic rear, the Samsung Galaxy S4 connections are pretty much standard fare, all unobtrusive and accessible when required. Likewise, the speaker in the lower left corner of the phone’s rear is safely out of reach of stray fingers. 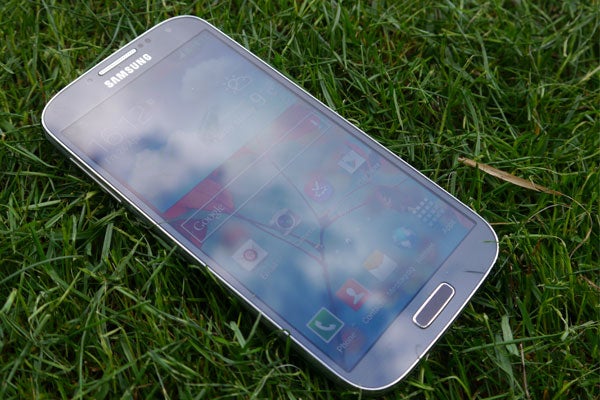 The Samsung Galaxy S4 design is arguably the easiest area in which to criticise the phone, but doing so feels like a cheap shot. Sure, the handset is not as visually appealing or nice in the hand as some of its rivals, but this has never been Samsung’s speciality and S4 is more than good enough. What’s more, the S4 design is definitely a step up from that of the S3 and the predecessor’s less than appealing construction hardly held it back from dominating the smartphone market. 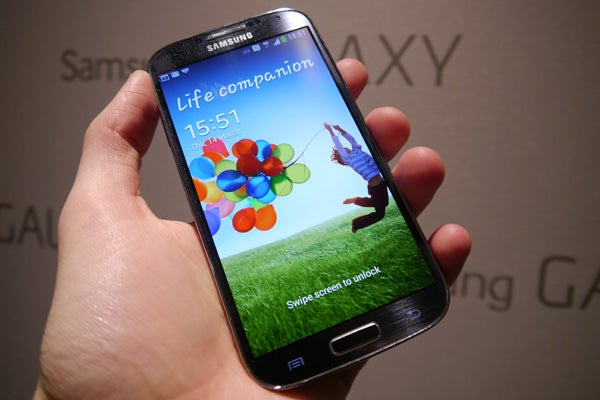 From first viewing, the Samsung Galaxy S4 screen marks itself out as one of the best on the market. With a stunning 1,920 x 1,080p Full HD resolution, the S4’s 5-inch Super AMOLED display benefits further from an eye-popping 441 pixels-per-inch image density. In fact, we’d go so far to say the S4’s screen is a masterpiece and the best of any smartphone currently available.

Although not the first phone to have a 1080p display, it is Samsung’s first Full HD phone and the most obvious difference between it and the S3. It instantly makes the Samsung Galaxy S3 look dated, diluted and dull, and it’s another reminder that screen quality is one of the key differences between this year’s phones and the last.

It’s crisp and sharp, with not even a trace of pixelisation creeping in, even when viewing the detailed edging on application icons or text extremely close up. Samsung has even reigned in the over saturated, almost exaggerated colours of its phone displays. Colours still aren’t as faithful as on the HTC One’s screen, but Samsung has found a good balance between accuracy and richness. 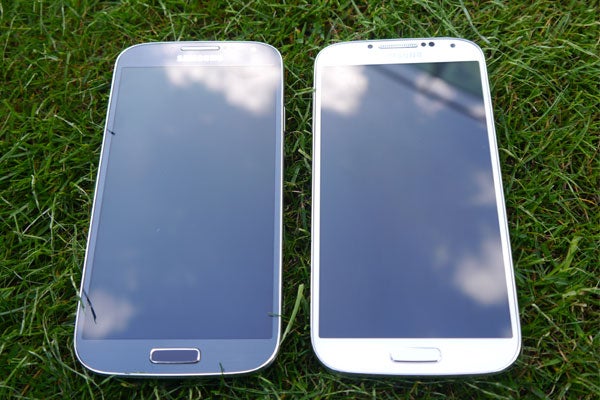 It’s not a deal breaker, however, and the Samsung Galaxy S4 screen has one more trick up its sleeve – it now works when you wear gloves, just like the Nokia Lumia 920, which will save your freezing digits in winter months and performs exactly as suggested.