Despite lacking the power saving features of the previously promised eight-core processor, Samsung Galaxy S4 battery life is excellent as the 2,600mAh battery easily traverses the dreaded one day hump that has become the plague of many a high-end smartphone. It’s a small capacity upgrade from the S3, and a welcome one.

Samsung claims 17 hours of talk time, and this slightly lofty goal rings near enough true with a full day’s substantial use of web browsing, gaming, email checking and more leaving enough reserves to satisfy a bit of video playback on the evening commute. 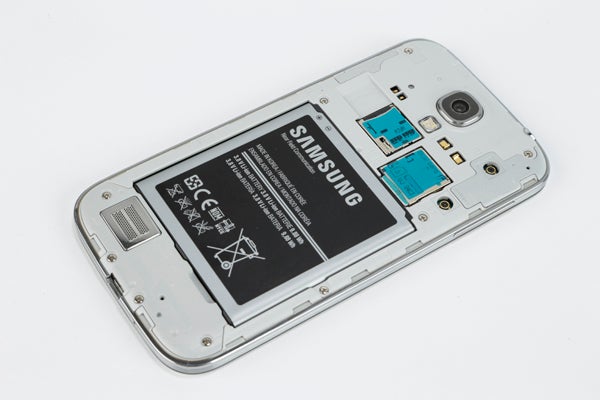 With little running in the background you can eek out 10 per cent of battery for much longer than expected – it’s definitely better than the Sony Xperia Z in the battery life stakes.

One area where the Samsung Galaxy S4 battery hits a slight stumbling block, however, is in its recharge times. Quick plug and goes are out of the question as the S4 requires several hours connected to the mains to get a decent charge. Although wireless charging options have been promised, they are not currently available.

Setting this issues aside, however, the Samsung Galaxy S4 battery does outlast the HTC One and Sony Xperia Z in similar conditions – a serious plus if battery life, as it is for most people, is important to you. 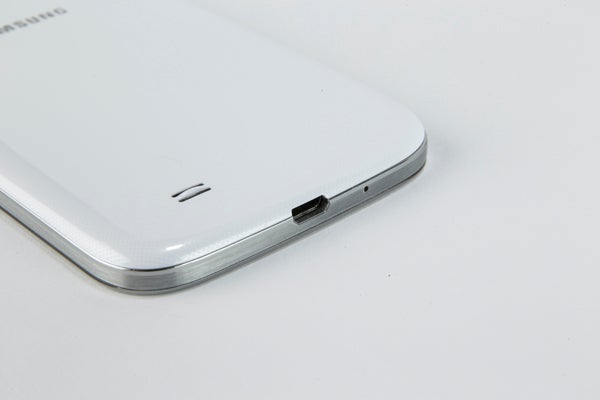 As well as the usual array of microUSB and microSD, Wi-Fi and Bluetooth connections, the Samsung Galaxy S4 also has NFC and 4G – two options still relatively new to UK users.

With 4G currently on the verge of widespread availability in the UK, the Samsung Galaxy S4 is one of a number of premium handsets that, unlike the iPhone 5, will work on any 4G network in the UK once the likes of Three, O2 and Vodafone follow EE in launching 4G in the UK. Unlike on 3G, on 4G we streamed HD videos with no problems. Provided coverage is ok where you are, you’ll get to do the same.

Wi-Fi reception proved strong and reliable, with no issues with dropped connections or flagging speeds during our time with the phone. We haven’t had the chance to test the NFC connectivity options, but we will update the review in the near future to address this area. 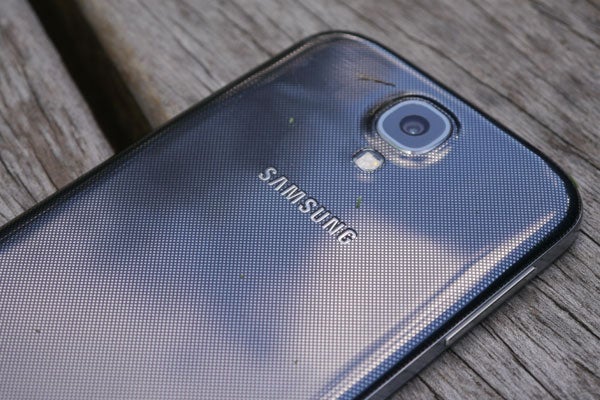 It’s a true high-end powerhouse and undeniably one of the best phones on the market right now, albeit one that will relies a little too heavily on brand appeal and past successes rather than innovation and eye-catching design. Yes, it might not be the most stylish handset on the market, but nor is it a dog.

Any issues with aesthetics are soon forgotten given the near endless array of engaging features. Some will be overlooked after a couple of uses, but others are here for the long-haul and with a display as stunning as the one on the S4, a plastic exterior can most certainly be overlooked.

At almost £600 SIM-free, price is another major drawback. Given the nature of subsidised contracts, however, it’s available for free on £37 per month contracts, which does not put it on a bad footing compared with its closest rivals.