Like all the best Samsung phones, the S4 Active is a well above average little video player. It comes with a bespoke video player app that can handle more video types than your typical Android phone. 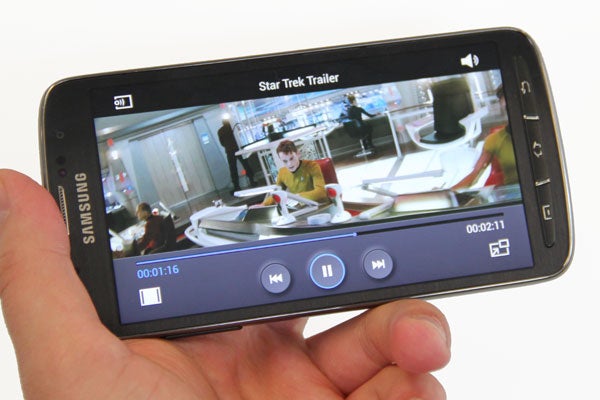 It played absolutely all of our test files, including HD MKVs, DivX files and Xvids. They all look fantastic on the S4 Active’s screen too. Like previous Galaxy phones, you’re not restricted to the app either, as you can watch videos on your home screen as a little movable, resizable window.

The S4 Active is let down a little by the phone’s internal speaker. It goes fairly loud without sounding too strained and has a hint of body and finesse, but there’s just the one output point on the rear, rather than having properly-spaced stereo drivers like the HTC One.

When watching a film, this means you won’t get any stereo effect, as all the sound is coming out of a teeny port on the phone’s rear. 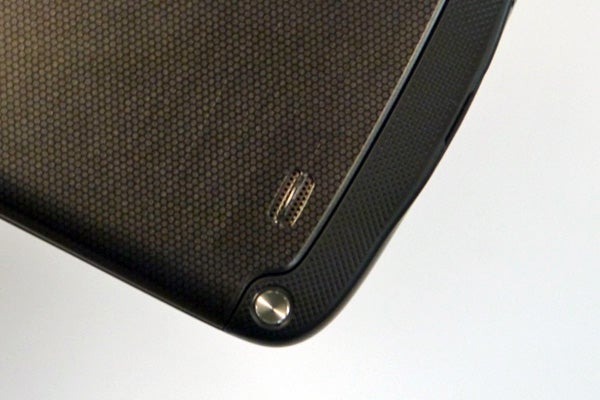 The Samsung Galaxy S4 Active is a phone that loses out to its slimmer brother the Galaxy S4 in some respects, and the camera is one of them. Spec-wise at least, the S4 Active is near-identical to last year’s Galaxy S3. 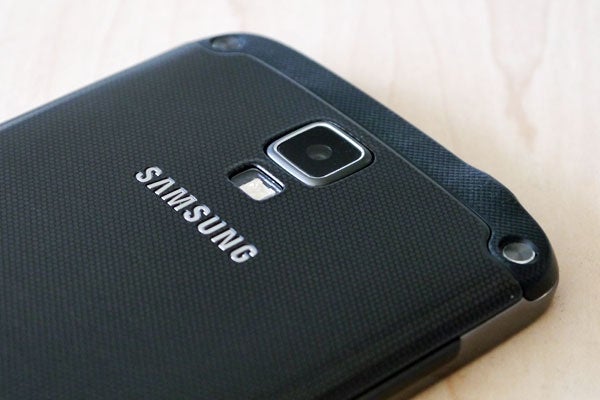 The more advanced lens and sensor let the Galaxy S4 produce more detailed photos in good lighting. However, theS4 Active is no slouch, and can roughly match the iPhone 5 and Galaxy S3 in this area. 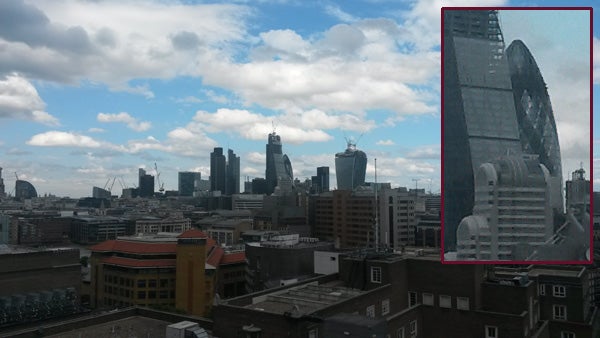 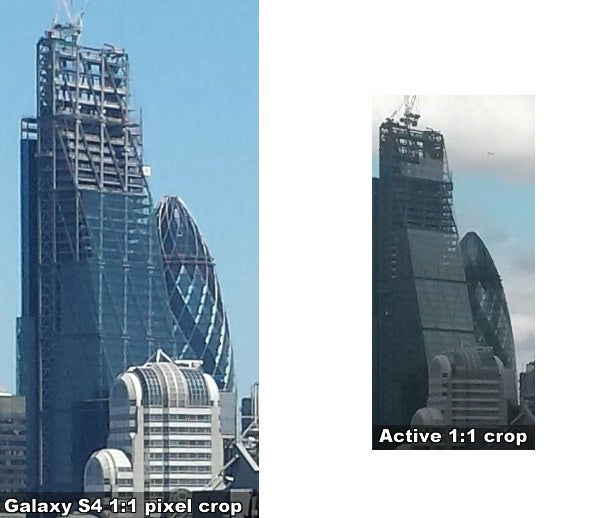 This shows the additional detail of a non-Active S4, but the drab look is partly down to the weather

Dynamic range is a little limited, leaving the foreground of our London scene looking quite glum, underexposed and with dull colouring in the city’s buildings.

The Galaxy S4 Active can get reasonably up-close with its subject before it’s unable to focus, although it did seem to mis-report a locked-on focus at times. Focusing reliability could be better. 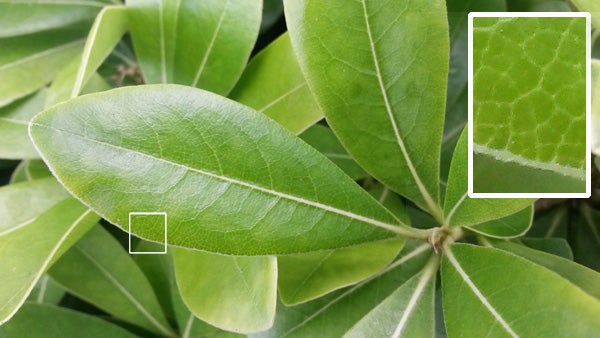 It’s possible to make up for some of the camera’s deficiencies with the camera app’s additional modes. HDR mode will clean up dull-looking images on a cloudy day, and the Night mode does a lot more than just slow down the autofocus to help it cope in a dark environment. 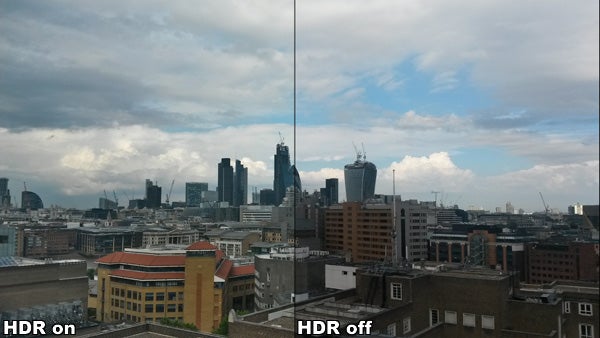 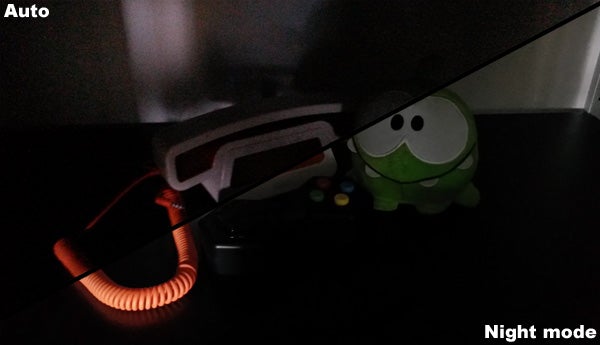 It also appears to increase the exposure time, possibly to increase the brightness through processing, and hugely decreases noise, again through processing. This helps to close the gap between the Active and a phone that loudly prides itself on its low-light performance, such as the HTC One or Lumia 925. You do need to manually switch to Night mode, though, as – despite being ‘automatic’ – Auto mode doesn’t improve low-light performance in the same way.

The Galaxy S4 Active’s flash is also strong, with powerful, pretty even coverage, and good use of the LED light to aid focusing too. 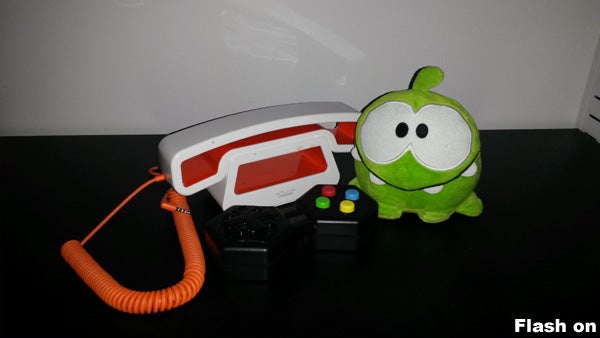 WIth even coverage and no sign of overexposure, flash shooting performance is good

The Galaxy S4 Active camera isn’t great compared with the S4’s, but use the software at your fingertips and it’s a pretty versatile camera. What’s sure to win more attention, though, are the Active’s more ‘fun’ modes.

There’s a bunch of burst modes that let you pick, the ‘best face’ of your subject meld exposures to remove objects or see the same object multiple times in one shot.

Panorama is another solid addition, letting you take a 360-degree photo, but it’s not shot at full resolution, unlike an iPhone 5 panorma shot.

The S4 Active also offers a bunch of post-processing fiddling, including airbrushing-styling facial manipulation. There’s a lot of photographic fun to be had with this phone. And most of it is kept out of the way for those who want to have a no-fuss shooting experience.

You can also shoot video, at up to 1080p resolution. Quality is good, and with software stabilisation and re-focusing during shooting, it’s versatile enough to capture a few holiday memories with. There’s also a mode to let you use the Active for underwater shots – this lets you use a physical button to take snaps rather than the touchscreen as capacitive touchscreens don’t function properly underwater.

Just like the Samsung Galaxy S4, the S4 Active has a 2,600mAh 9.88Wh battery. Although the different screen technologies of these phones alters the way they consume battery (OLEDs use more when displaying a brighter screen, less a dark one, while LCDs are more consistent), they offer comparable battery life.

When left playing video and not tasked with anything else, the Active S4’s battery lasts for around 10 hours – enough for a long flight. For more normal use, the Active will easily last a full day. We didn’t quite manage a full two days of use out of it, though.

Call quality and connectivity are things often forgotten when buying a phone, but the S4 Active aces both of them. It offers a good calling experience with a loud, clear earpiece speaker and – like most high-end phones – active noise cancellation.

It also offers just about every extra connection type you could ask for. 4G, NFC and an IR blaster that lets you control you TV with the phone are here alongside the standards of GPS, Wi-Fi and 3G. All you miss out on is an FM radio – we occasionally miss it, but few of you probably will. 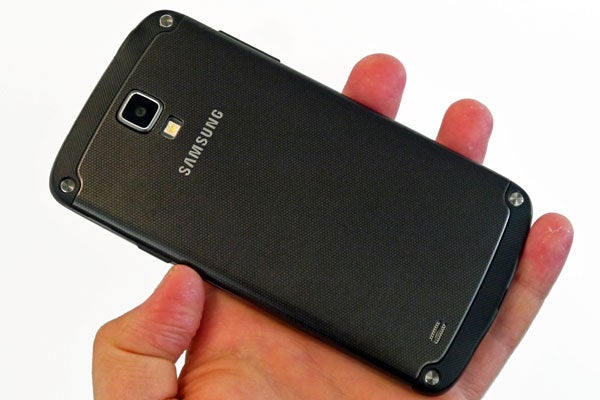 Should I buy the Samsung Galaxy S4 Active?

It’s all too easy to misinterpret what the S4 Active really is. To call it ruggedised is to risk overstating its powers. A chunkier body and rubberised end caps make the Active feel more robust than the Galaxy S4, but as it is made of similar materials (and, rather comically, a weaker glass front panel) the Active won’t be less prone to a) smashing its front or b) cracking or warping its rear.

What it does have are rubber seals that stop water and dust from getting in. Bath time fun is A-ok.

Aside from this, it is a typical high-end Android phone of 2013. It has a large, super high-res screen, a powerful processor and feature-packed software. However, the camera is unavoidably worse than the Galaxy S4’s in good lighting conditions. Here’s the question – do you care more about water resistance or camera quality? And if neither is a top consideration, we’d also recommend considering the HTC One and taking a look our best Android phones round-up for more options.

The Samsung Galaxy S4 Active is a powerful, feature-heavy Android phone, and one that has most of the benefits of a Galaxy S4 with added waterproofing. However, calling it a true rugged phone is pushing it, and the camera isn’t a match for the S4’s.