It’s a little too pricey when you consider what the Pixel 6 offers for less, but the Galaxy S21 FE feels like a reliable device that’ll get the job done for a lot of people. It has a nice screen, speedy specs and a trio of cameras that’ll appeal to those who have shot with Samsung phones for years.

The Samsung Galaxy S21 FE is a phone that’s been through quite the journey to release. Rumours first pegged a summer 2020 launch, while others suggested the device had been canned completely due to the ongoing chip shortage.

Samsung has put those rumours to bed today, finally announcing what will likely be the final member of the Samsung Galaxy S21 family ahead of CES 2022.

Due to the sheer amount of leaks this phone has seen, there’s very little here that’s much of a surprise. However, after spending a few days with the Galaxy S21 FE it’s clear there is plenty to like – even if it feels like it’s arriving a few months later than it probably should have.

Samsung first utilised the ‘FE’ (or Fan Edition) branding a few years to signify a pared-down version of one of its flagship devices. I was a big fan of the Galaxy S20 FE, which was, in many ways, an easier recommendation than the regular S20 due to its slightly larger display and superior Snapdragon chipset. Not to mention the cheaper price.

However, the S21 FE feels a harder sell – at least on first impressions. For one, Samsung made the regular S21 device cheaper than its predecessor and brought some of the more mid-range features from the FE range in from the start. These included a plastic body, flat display and lower-res display. The S21 actually felt like it was an FE device right from the start, so it does raise the question of how necessary this actually is.

As soon as I took the S21 FE out of the box it felt familiar. On the back, there’s a camera module that’s very similar to the one on the rear of the Galaxy S21. The body is made from plastic with metal sides, but it still feels tough and it’s very light at just 177g. Coming from the iPhone 13 Pro Max, which is only slightly taller, this feels so comfortable to hold for extended periods.

I’m glad Samsung has kept around the IP68 rating – still far from a given for devices that aren’t being touted as flagships. The same can be said about the inclusion of Qi, allowing you to charge the phone wirelessly at 15w.

One of the most obvious differences between this FE version and the standard S21 is the size. The screen on the FE is 6.4-inches, slightly larger than the 6.2-inches on the S21. I like 6.4-inches as a screen size, and it’s a good middle point between the S21 and the 6.7-inch S21 Plus.

The OLED screen itself lacks some of the skills of the pricier S21 devices. For example, it has a rigid 120Hz refresh rate, as opposed to an adaptive one that can ramp up (and down) depending on specific tasks. Still, it remains a really nice screen.

It has a 1080p resolution for sharp text and images, high levels of brightness and a 240Hz touch response rate for gaming. It’s a flat panel too, with a small cutout at the top for the front camera. Unless you want absolute cutting-edge screen tech, this is a great panel.

There’s a fingerprint sensor built into the screen, but it isn’t the ultrasonic version found in the regular S21 series. Instead, it’s the far more common, and far inferior, optical version found in most Android phones. It’s a fast sensor, though it lacks the accuracy and speed at unlocking the other S21 phones.

The Samsung Galaxy S21 FE is priced at £699, which puts it at £100 more than the Pixel 6. One of the best things about the Pixel 6 is its imaging skills and so far I haven’t been blown away by the cameras on the S21 FE. They’re perfectly good, but with the Pixel 6 offering better pictures for less that’s probably where those who value great smartphone cameras should go.

On the back of the Galaxy S21 FE there are three cameras in the usual wide, ultra wide and telephoto layout. The main camera boasts 12-megapixels, an f/1.8 lens and optical image stabilisation (OIS). The ultra wide has a 123-degree field of view, 12-megapixels and an f/2.2 lens. Unlike the Pixel 6, there’s a dedicated 8MP zoom camera here too which Samsung says can zoom up to 30x. Around the front there’s a 32MP selfie camera.

I’ve not spent long enough to really judge the camera here, but after shooting with it for a few days it’s clear this is very much a typical Samsung camera that takes pictures those who appreciate the Samsung Look will like. I’m talking about vivid colours (greens and reds, in particular, are very saturated) and sharp details that can, at times, look a little overprocessed. Still, the pictures and video remain pleasing – especially when viewed on the phone’s display.

Samsung hasn’t really sacrificed much here when it comes to performance compared to its high-end devices. Though considering what’s on offer from Chinese brands like OnePlus, Oppo, Xiaomi and Realme, I’d expect any £700 phone to be packing top specs these days.

Powering the Galaxy S21 FE is a Snapdragon 888 5G chipset and there isn’t an option for an Exynos variety at all. There’s 6 or 8GB RAM and 128 or 256GB storage. There’s no space for a microSD card, so keep that in mind when choosing your capacity. In terms of battery life, there’s a 4500mAh cell inside but judgement on that will have to wait for the full review. No charger is included in the box.

As anyone should expect with those specs, the S21 FE is a nippy phone for anything from gaming to productivity. It comes running Android 12 too, with the latest One UI overlay. While this isn’t a redesign on par with Android 12 on Pixel phones, some ‘Material You’ elements have made the jump across. You can use some colours from wallpapers to customise icons, for example, and there are a couple of new widgets.

It’s a little too pricey when you consider what the Pixel 6 offers for less, but the Galaxy S21 FE feels like a reliable device that’ll get the job done for a lot of people. It has a nice screen, speedy specs and a trio of cameras that’ll appeal to those who have shot with Samsung phones for years.

The biggest competition for this device likely comes from Samsung itself, though. A quick search shows the standard S21 can be had for less than £699 and between the two, I would go for the S21 over the FE. Then there’s the upcoming launch of the Galaxy S22 to consider – it’s worth waiting for to see what the base model in that line-up offers before taking the plunge here. 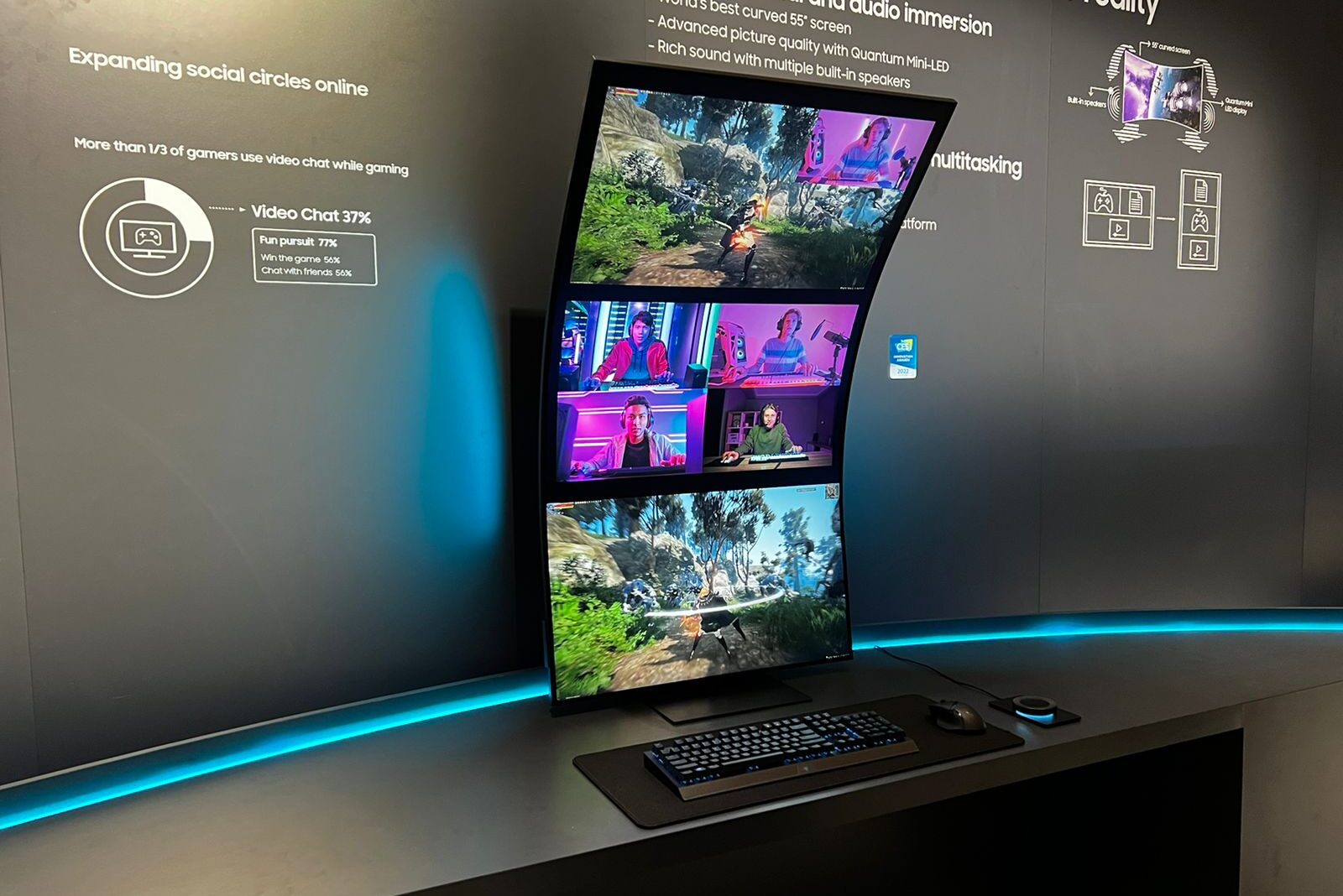 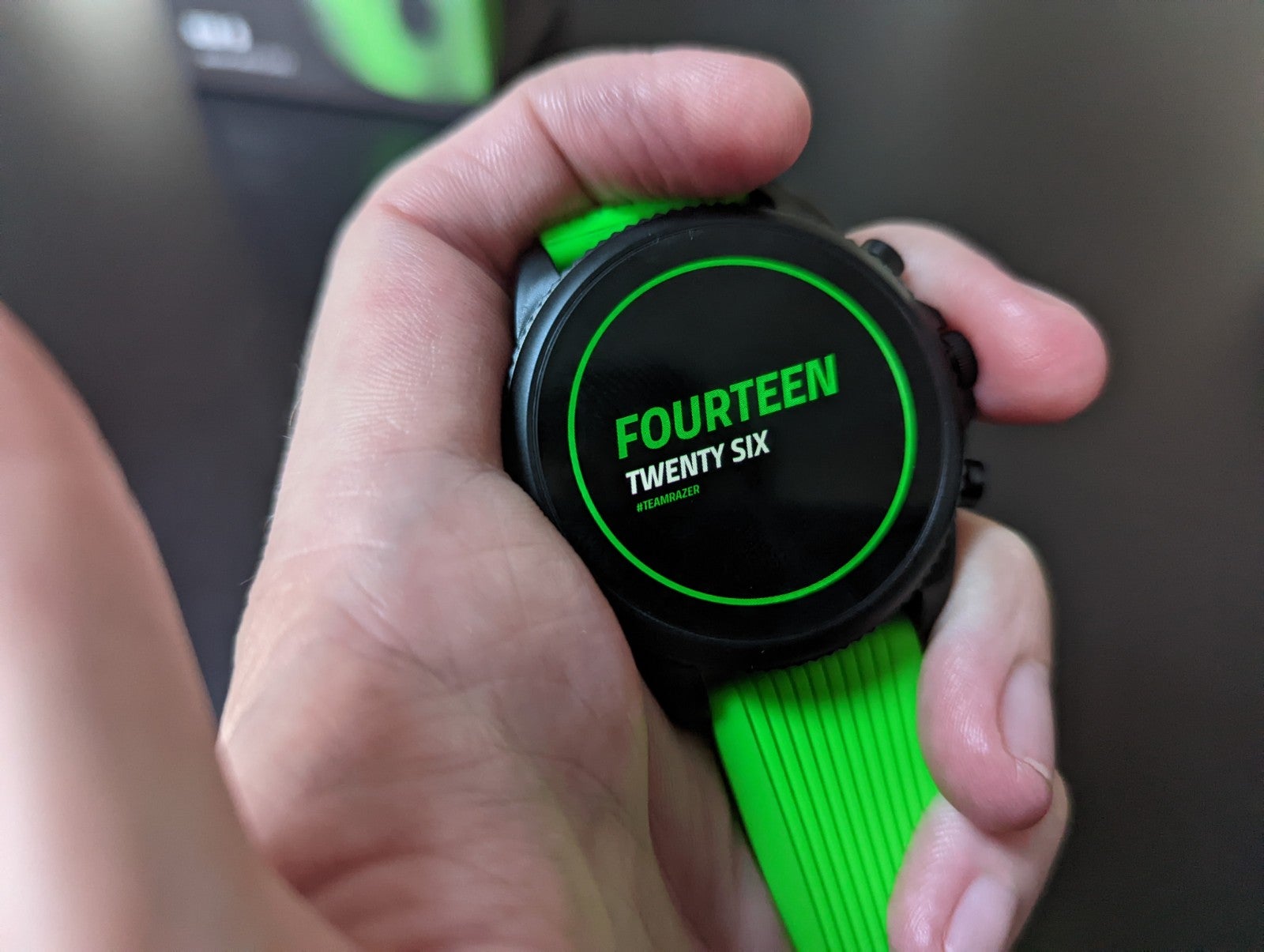 Alastair Stevenson 2 weeks ago
A 'hands on review' is our first impression of a product only - it is not a full test and verdict. Our writer must have spent some time with the product to describe an early sense of what it's like to use. We call these 'hands on reviews' to make them visible in search. However these are always unscored and don't give recommendations. Read more about our reviews policy.