You’ll find three cameras on the back of the S10 Plus, with a further two on the front. 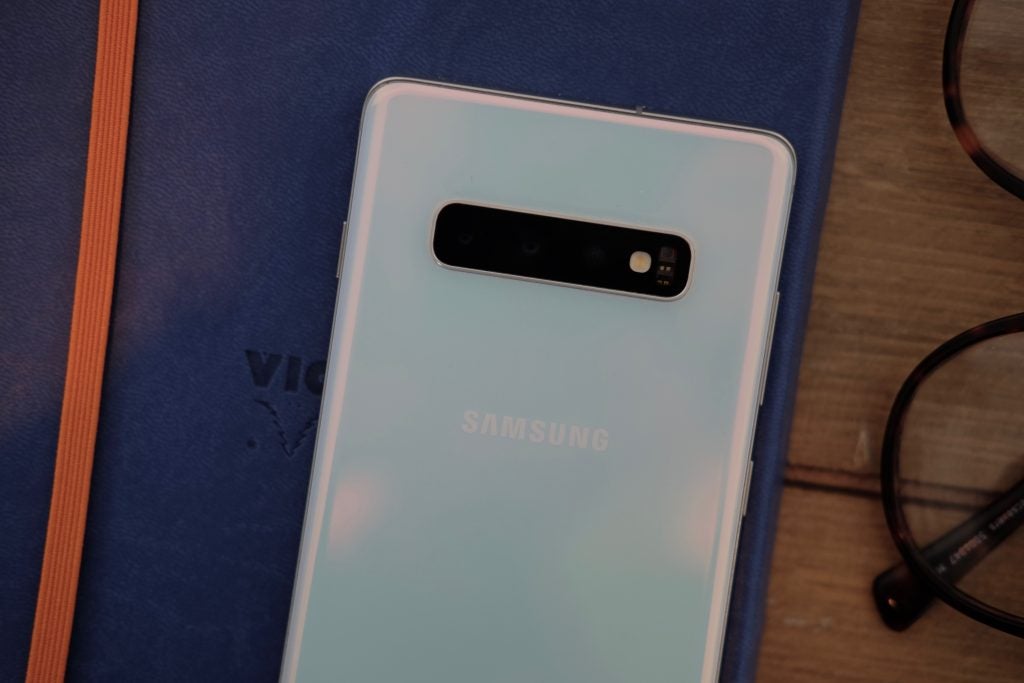 Of the three, it’s the ultra-wide sensor that’s the new addition – and the implementation is similar to that used by Huawei in the Mate 20 Pro. In the app, you can zoom out to enter wide view and there’s somewhat of a fisheye effect on the results.

I absolutely love the the versatility these cameras offer, giving you numerous options for creative shots in multiple situations. For instance, the wide is great for landscapes, while the tele is ideal for sporting events, when you want to get closer to the action.

Photos from the ultrawide and tele cameras are superb, and I’ve found myself experimenting far more with shots I wouldn’t usually take.

However, the main 12-megapixel camera feels like it could have been better. While it takes clear, colourful pictures in good lighting, it feels little improved from the Galaxy S9’s unit – a camera that was already some way off those featured in the Pixel 3 and Huawei Mate 20 Pro. In comparison, shots here lack the punchy contrast and excellent dynamic range of those cameras, leaving results that feel a little flat.

Where the S10 Plus impresses, though, is for detail. Pictures are sharp, free from that lurid sharpening effect previously so common on Samsung phones, even if you zoom in. There’s no messy details around the edges of shots, and the focusing system manages to easily keep up, even when taking macro shots. 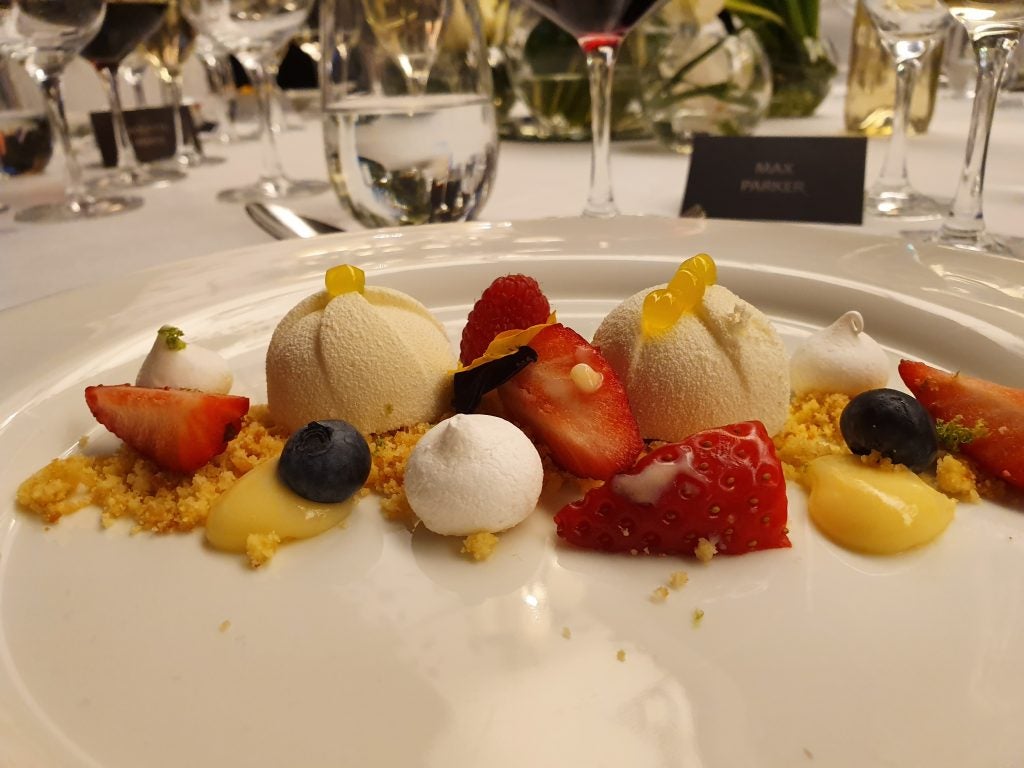 Detail is fantastic, even when you’re up close 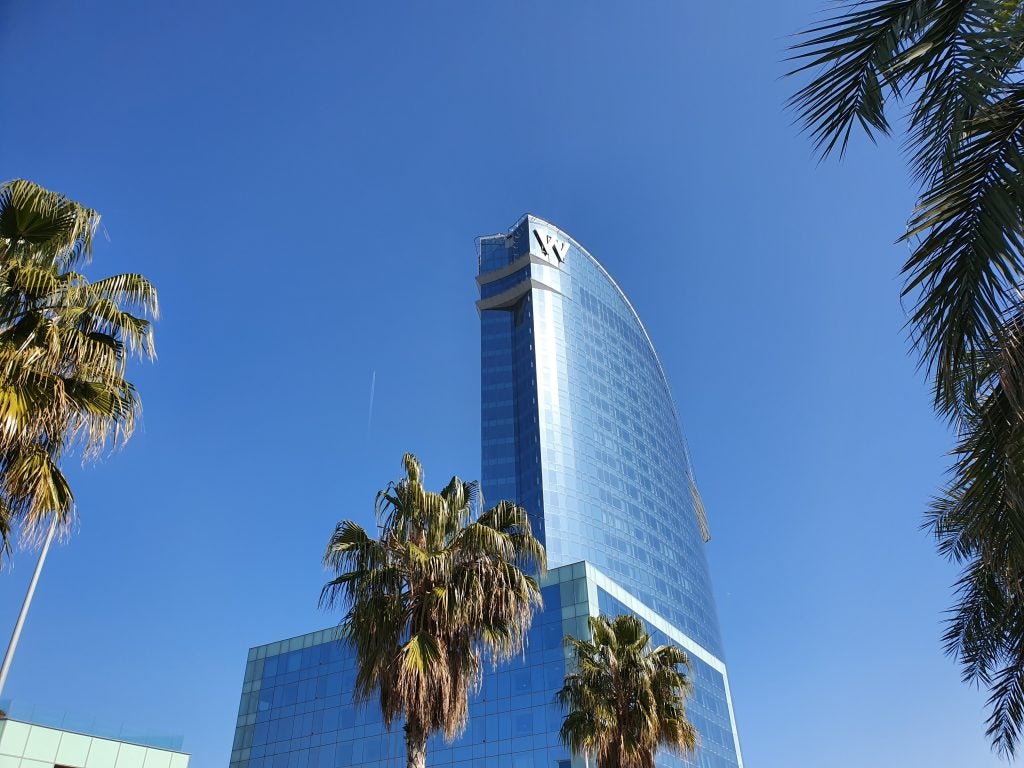 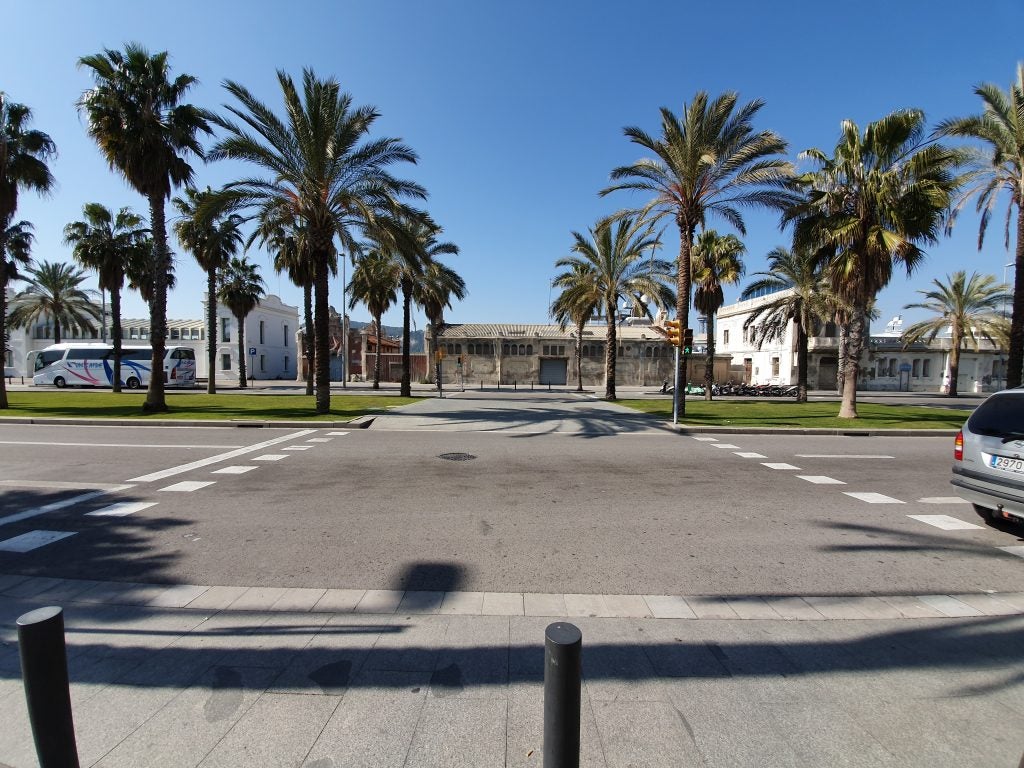 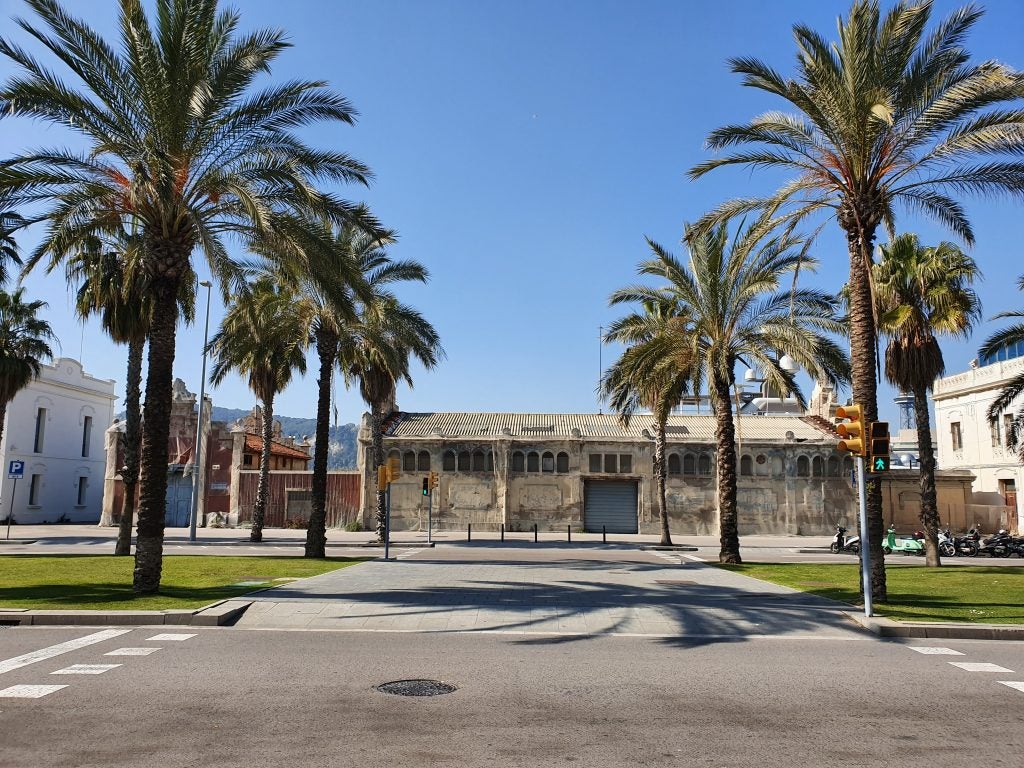 Being able to move between all the cameras is great 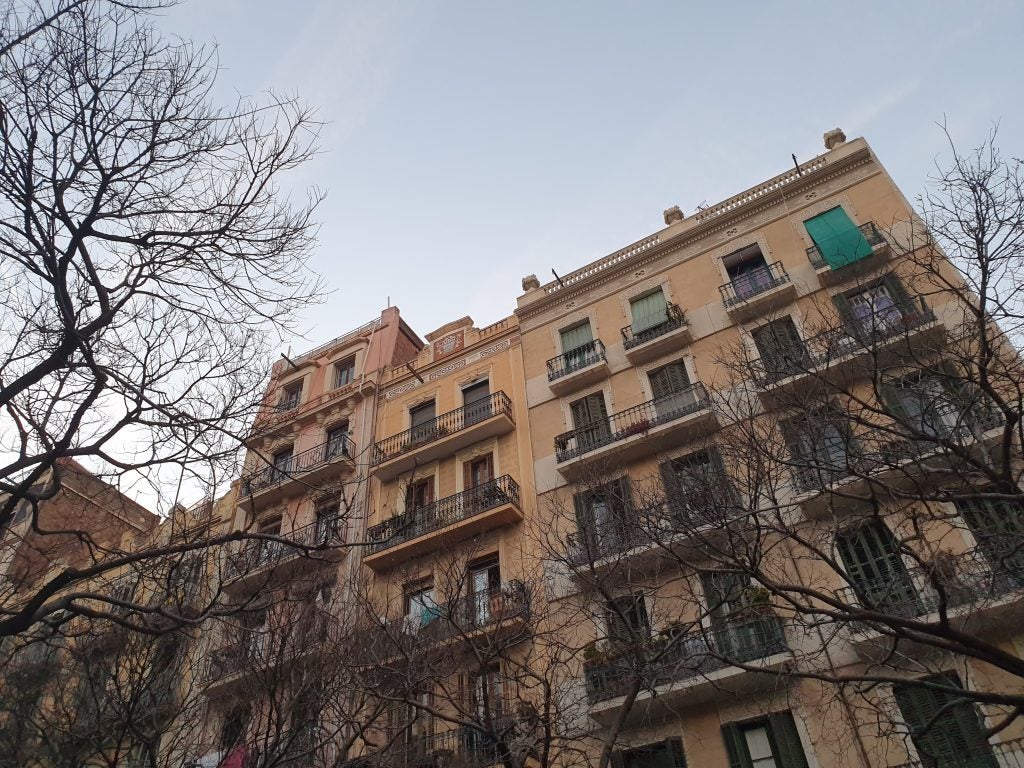 There’s a notable lack of a dedicated Night mode here – a feature that has become increasingly popular on other Android phones. Google’s Night Sight, for example, improves and brightens low-light shots by snapping multiple shots in varying exposures and combining them together. I’d have put money on Samsung including something similar – but it’s nowhere to be seen.

Instead, the S10 Plus widens the aperture on the lens to f/1.5 (a wider aperture enables more light to hit the lens) when it detects darkness and should, in theory, give you brighter shots. It isn’t a solution that I think works particularly well, often leaving night pictures feeling drab and dull. Light spots tend to easily become overexposed, and the camera struggles to pull out facial details when the lighting is poor. I’d have much preferred Samsung go with a standard f/1.7 lens, and build a clever Night mode to compete with Google and Huawei. 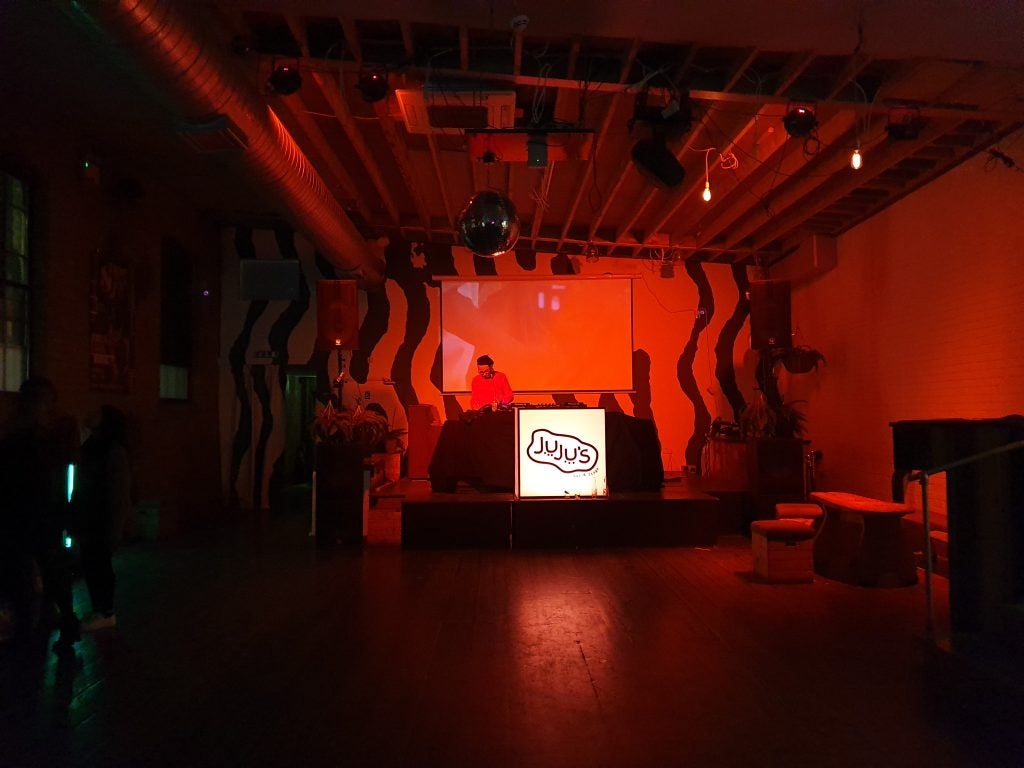 The aperture widens to f/1.5 when it’s dark 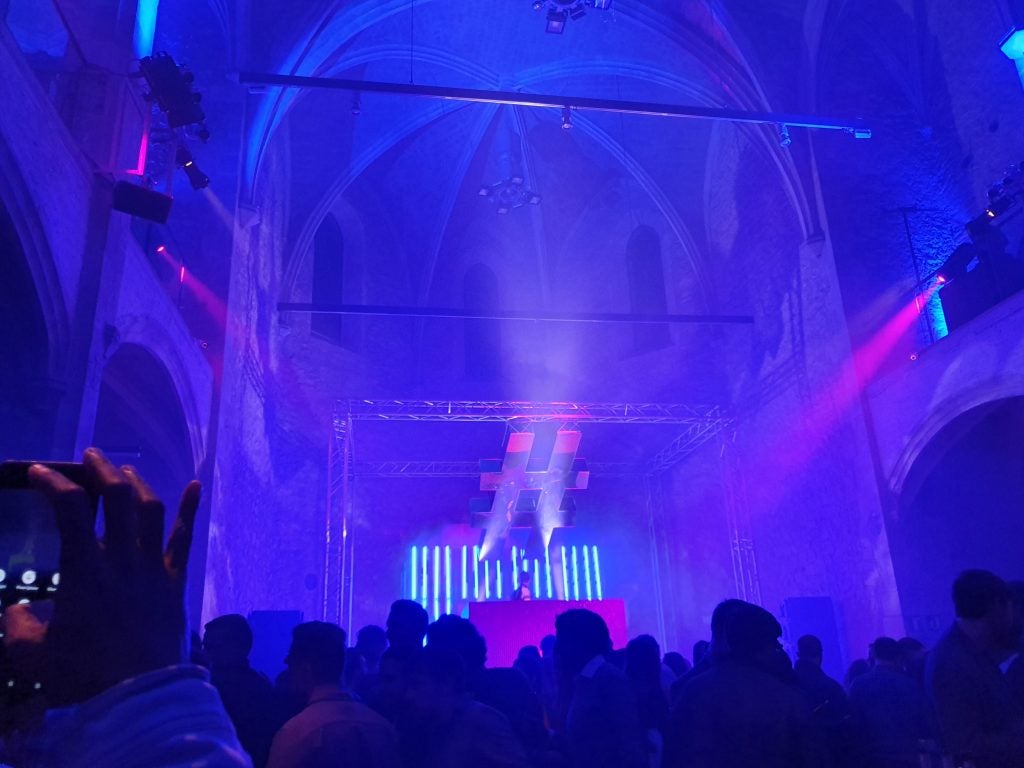 Low-light photos are good, even without a dedicated night mode

Delve inside the camera app and you’ll find numerous features with which to tinker. You can shoot photos in RAW if you want more control over edits, get tips on where the “Best Shot” can be taken, and there’s a basic AI scene optimiser – that appears to do very little. The Pro mode is deep, without seeming intimidating, and allows you to manually alter the aperture. 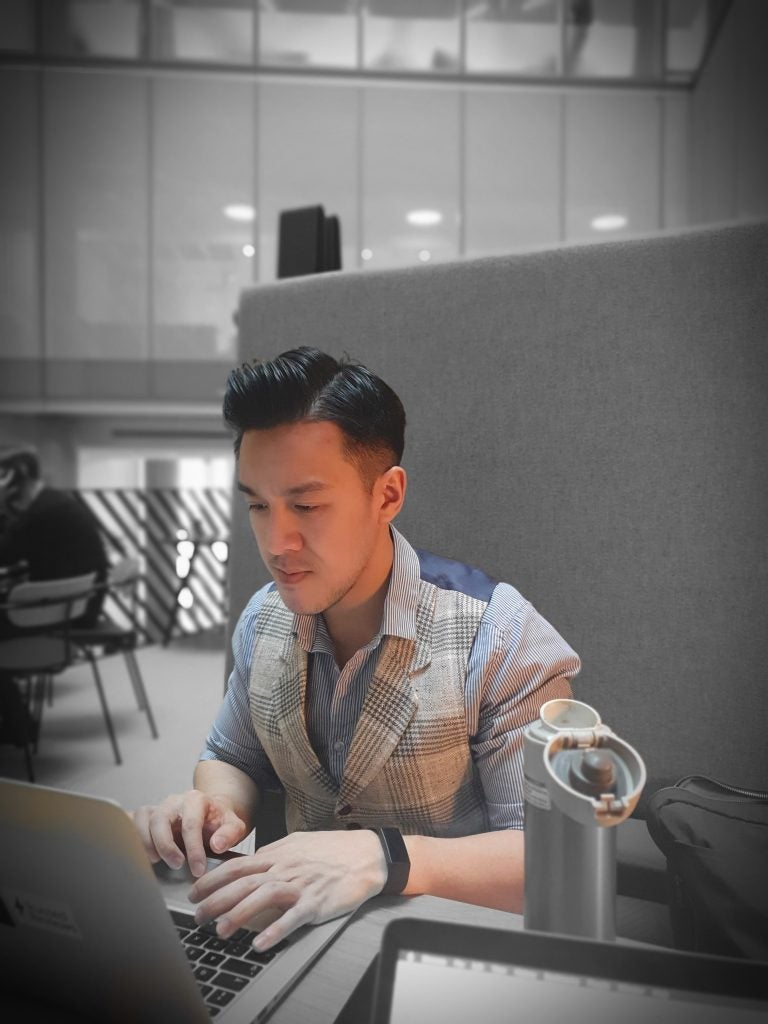 There are some fancy effects inside the camera

On the front of the S10 Plus is the main 10-megapixel selfie camera, paired with an 8-megapixel unit for adding depth data to portrait shots. This secondary sensor can also give your selfies a wider feel – although it isn’t a true wide selfie camera of the type you’ll find on the Pixel 3.

Selfies taken with the unit are very good, offering up plenty of detail, but without too much eccentric beautifying going on. Face-tracking is excellent, with the S10 Plus remaining one of the few devices that integrates auto-focus into the front camera. You can also send your shots directly to Instagram from the camera app and add in some fun coloured backgrounds.

As I mentioned in the Performance section above, the model of the Samsung S10 Plus reviewed here is the Exynos variety, so all my thoughts on battery life pertain to that model only. From what I’ve heard speaking to other reviewers who have been using the Snapdragon 855 variety, that model is notably more longer-lasting than this one.

In truth, I can’t say that I’m impressed with the endurance on offer here, and considering the S10 Plus is home to a large 4100mAh cell, this is a shame.

Throughout my time with the phone – 11 days at the time of publishing with the quad-HD+ resolution – it has just about managed to make it through a day of normal use. It has usually dropped below 5% at around midnight, managing between four to five hours of screen-on time during the day. Considering the Huawei Mate 20 Pro can go about two days with the same-sized cell, this is disappointing for Samsung.

The battery depletes far more quickly with any task that pushes that gloriously bright screen to its limit: streaming HDR footage from Netflix consumes about 14% per hour. Enabling the Always-on Display also gets through between 8-10% per day, so switch that off to extend endurance as much as possible. 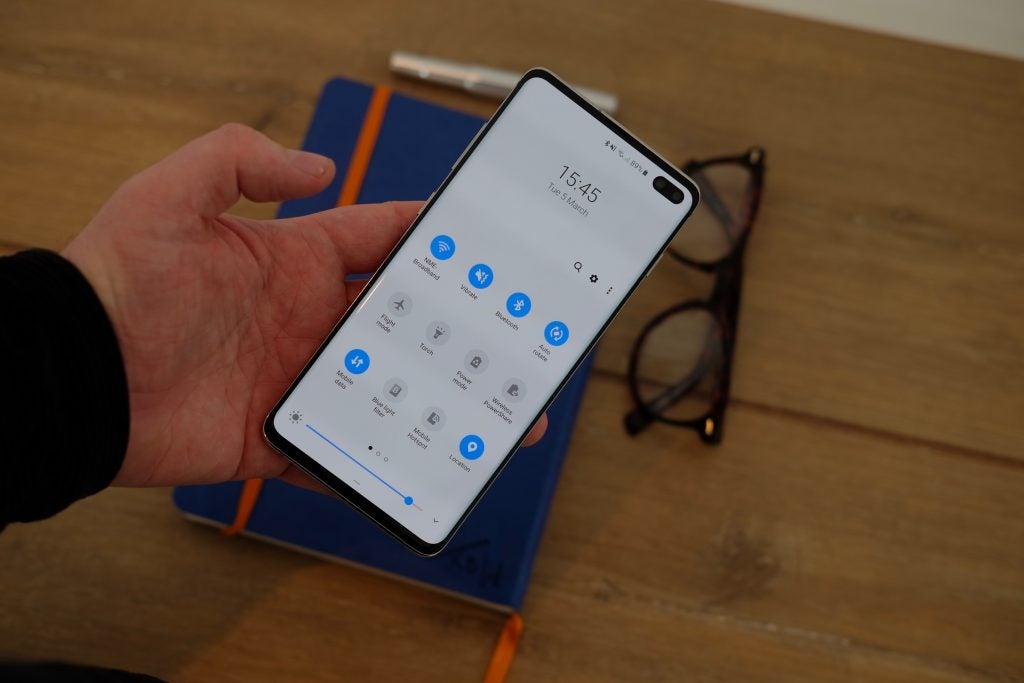 Of course, what makes the battery life difficult to judge is the variety of battery saver modes and customisations on offer. You can bring down the resolution, tweak power settings and switch between four default power modes. Of course, when you’re paying £/$900+ for a phone, you shouldn’t be expected to turn off what makes it so greet in the first place.

Another slight annoyance is the lack of any improvements to fast charging. Charging speeds remain roughly the same as before, with the S10 Plus still using the basis of Qualcomm Quick Charge 2. From 0%, the handset takes roughly two hours to charge through the wired plug (included) and upwards of three hours with Samsung’s wireless fast charging. It charges quicker than the iPhone XS Max, for example, but pales in comparison to the hour it takes to charge the Huawei Mate 20 Pro and OnePlus 6T.

Wireless PowerShare is a new feature in the S10 Plus that lets you use the device as a wireless charging pad for other Qi-enabled tech – albeit a very expensive one. For instance, you can charge an iPhone XS by placing it on the S10’s back. I wouldn’t bother, though: after 10 minutes my XS Max had gained only an additional 1% of juice. PowerShare is more useful for charging smaller accessories, such as the new Galaxy Buds. Again, it’s far from quick, but if you want some extra charge to your headphones to get you home then it’s good backup solution.

Why buy the Samsung Galaxy S10 Plus?

Once again, Samsung has released the most commercially friendly Android phone around. It is likely to remain the de-facto choice for those not enamoured by iPhones and it deserves this accolade. It’s an enticing handset with a stunning design, futuristic screen and a feature list that is sure to make most folk super-happy.

The only question is over its price: is it still worth spending upwards of £899 on a phone? Both the OnePlus 6T and Honor View 20 offer similar performance and almost as slick designs for about £400 less. If you can live with a dip in screen quality and without extra features such as wireless charging and water-resistance then you might be better off plumping for one of those models.

If the camera is the priority for you then I’d still recommend the Pixel 3. As good as the S10 Plus camera is, nothing yet can beat the Pixel for sheer quality. Although it lacks the versatile three-camera array setup seen on the S10 plus, though.

However, for everything else the Galaxy S10 Plus is king. It has the best screen, it looks downright stunning, and offers generous storage, RAM and plenty of customisations. Once again, Samsung has managed to tick all the boxes.