Like LG, Samsung is still a little behind the curve

The Samsung Galaxy Round is a 5.7-inch Android smartphone with a curved screen beating the LG G Flex as the world’s first flexible smartphone.

Flexible is not really the most appropriate word to describe it. You can’t bend the phone and it’s not immediately clear what the benefits are of having a curved smartphone display. Still, we’ve managed to get hold of one to live with it and see how it stacks up against Samsung’s other phones. Given it’s only on sale in Korea, however, this isn’t a full review. 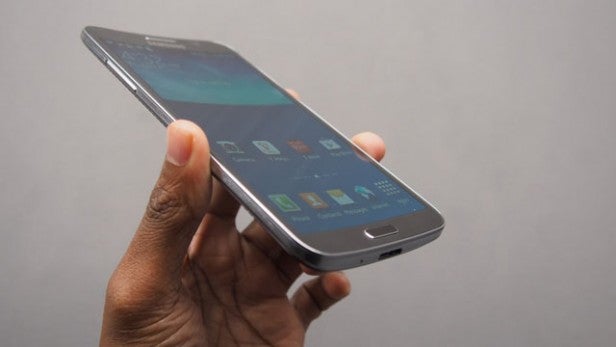 Take away the curved display and this is essentially a Samsung Galaxy Note 3. It’s got the same faux leather removable back with stitched effect around the seams. There’s a little gap to lodge a finger nail in to pull away the plastic covering where you’ll find the battery with microSIM and MicroSD card slot to boost the 32GB internal storage. Set against the chrome effect plastic around the edges, this is another Samsung smartphone that clearly tries to be more expensive looking than it actually is. It’s certainly an improvement on the glossy white plastic at least.

The on/off button is on the right, the volume rocker over on the left and up top is the headphone jack with a small speaker around the back. Down below you’ll find the new connector socket that like the Note 3 is a USB 3.0- compliant socket. The benefit of this new socket is that it can increase the rate at which the phone can suck up data from a computer over USB 3.0 and also promise faster charging from a laptop.

It weighs 154g and measures 7.9mm thick and despite the curvaceous nature of the screen fits quite nicely in the hand.  One of the more practical advantages of a curved display is being able to sit more naturally in the pocket against your leg. Whether that’s enough of a reason to own one, I’m not entirely convinced 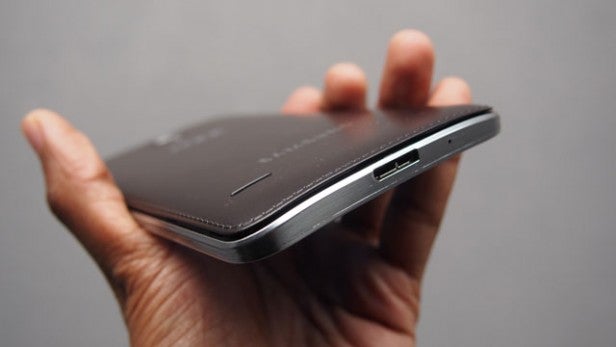 Inevitably the screen is the big talking point here. It’s a 5.7-inch Full AMOLED with 386 ppi just like the Note 3 and it excels like OLED-type screens for contrast and black levels. Playing Real Racing 3 it looks fantastic but colours can look a little oversaturated in places. This is something that can be rectified in some way by the Dynamic, Standard, Professional Photo and Movie screen modes that can be found in the settings.

The screen is nice and bright, something which is usually a strength of Samsung’s AMOLED displays, but it’s just not very obvious what the benefits are of watching video and gaming on a curved screen. On a TV, it’s about creating greater image depth and a more immersive experience, but that’s simply not going to work on a screen this size.

The screen is nice and responsive once we turned off the bizarrely strong haptic feedback setting which made typing on the virtual keyboard a strange experience. 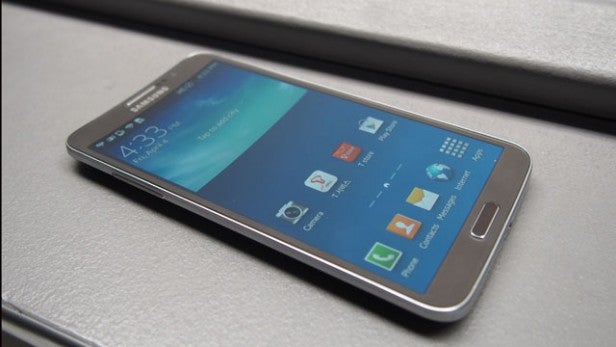 It runs on Android 4.3 Jelly Bean so it’s not the Android 4.4 KitKat that the Samsung Galaxy S5 will run straight out of the box, but it’s a familiar setup. It’s the cleanest application of Samsung’s TouchWiz UI to date and you still have access to Samsung’s usual collection of native applications like S Note, S Planner, S Health along with Google’s stock apps.

There are of course some curved screen-specific features, which I’d say are not that particularly useful. First up is Roll Effect, which lets you quickly glance at details like the date, time or a missed call by pressing down on the side of the screen when it’s turned off. It takes a while to activate and the display itself doesn’t look all that attractive when it works.

Then there’s the Bounce UX, which lets you skip tracks by pressing the down on the curved sides when the display is turned off. But this didn’t actually work in our brief play with it, and doesn’t feel essential enough to be worth persevering with. Side Mirror works for photos and video albums, letting you use the same interaction to view album content from a photo or picture gallery, but it isn’t exactly a mind-blowing feature. 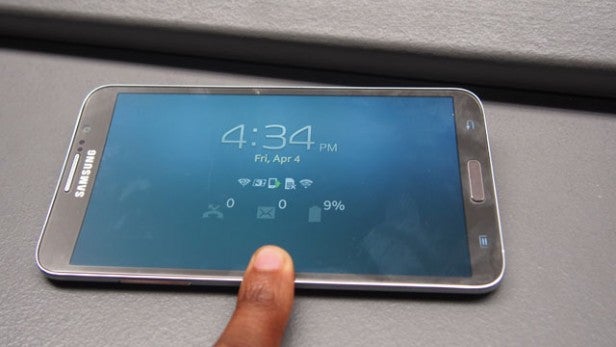 The 13-megapixel with autofocus and a Flash matches the Note 3 once again with a 2-megapixel front-facing camera and Full HD 1080p video recording. The camera app provides a pretty familiar experience with a series of Smart modes like Best Photo, which takes multiple shots, Sports for fast-moving objects and a Rich Tone HDR mode to bring out more detail in your pictures.

As you can see from some of the test photos below, there’s very little difference in quality compared to the Note 3, but the extra megapixels here do help. There’s a good level of detail but not really a massive leap from the photo quality you can get on the Samsung Galaxy S4. Macro performance is decent as is the HDR mode, which doesn’t make images look too over processed. 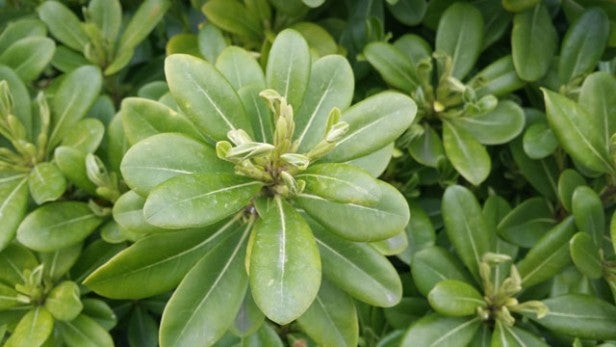 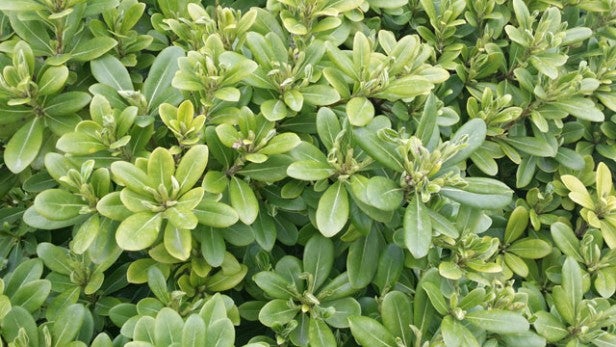 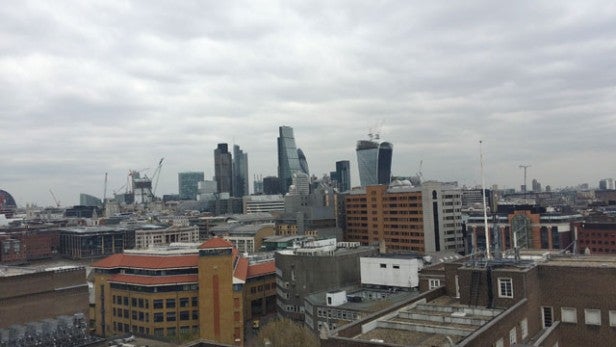 The Samsung Galaxy Round is powered by a Qualcomm Snapdragon 800 Quad-core processor clocked at 2.3GHZ with a 3GB of RAM to cover multitasking. While it’s not the latest Snapdragon 801 chips packed into the Sony Xperia Z2 or the HTC One M8 it still delivers a snappy and speedy performance.

In the battery department, there’s a 2,800mAh battery, which is in fact smaller than the 3,200mAh battery found inside the Note 3. Clearly the curved design has forced Samsung to include a narrower battery so it will fit in the back, which only goes to reinforce the feeling the curve has more downsides than benefits. 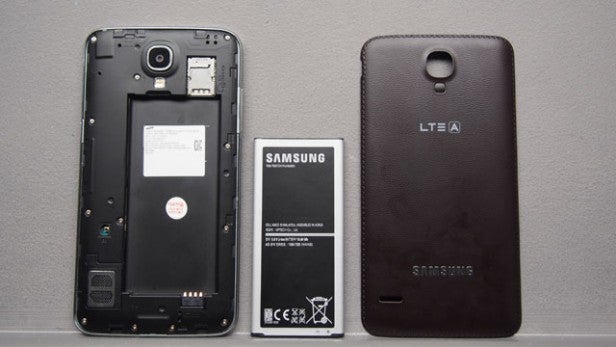 The Samsung Galaxy Round isn’t ‘the’ curved smartphone to get excited about. Yes, the screen is fantastic and it has a zippy overall performance, but there’s not much to gain from having a curved screen apart from sitting nicer in the hand or in the pocket. It’s currently only available in Korea and that’s not necessarily a bad thing because there’s clearly still work to be done.

Next, read our round-up of the best phones of 2014