Samsung’s Galaxy Pro takes the Android OS and shoehorns it into the messaging device form factor. There aren’t a huge number of messaging phones around that run Android and we’ve never found the OS to be that good a fit for this type of form factor, so does the Galaxy Pro, which is available on Three for as little as £15 a month on contract, do anything to change our minds?

Decked out in a grey and black colour scheme, the Pro at least lives up to its name in terms of design, as it does come across as a very professional looking device. It’s relatively wide at 67mm, so it doesn’t initially feel all that comfortable to hold up to your ear when you’re using it to make calls, but you soon get used to it. Like a lot of Samsung’s smartphones it feels a little bit plastiky to the touch, but at least it’s light at 106g and the textured finish on the battery cover means it won’t easily slip from your grasp.

The handset has the usual messaging device layout, with the landscape screen at the top and a QWERTY keyboard nestled beneath. However, in between these Samsung has added four Android buttons for menu, home, back and search. But while the power button is usually found at the top of most Android phones, Samsung has move it to the right hand side on this device. There’s no dedicated camera button, which is a bit of a pain, but there is a volume rocker switch on the left hand side and a standard 3.5mm headphone jack at the top. The top is also home to the microUSB port that’s hidden behind a sliding flap. As you’d expect this is used for both charging the phone, as well as syncing it with a PC. 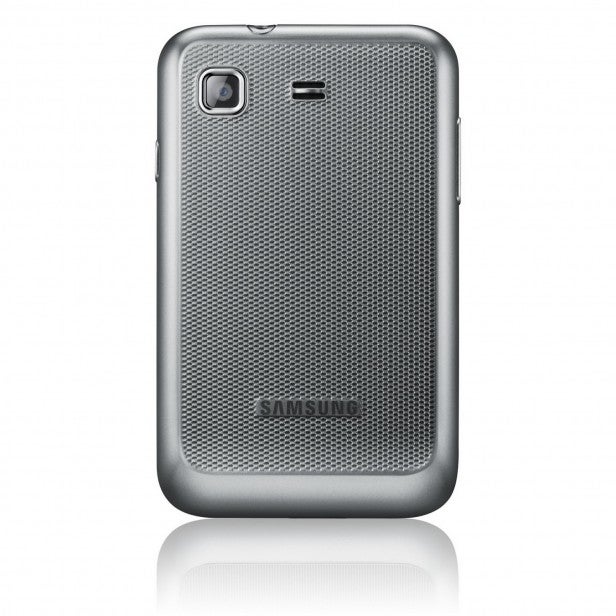 Unfortunately, the screen is one of the worst aspects of the Galaxy Pro. While we accept that screens are always relatively small on these types of devices, the fact that there’s quite a thick border around the edge of this model’s 2.8inch display makes us think that Samsung really could have afforded to fit it with a slightly larger screen. But it’s not just the size of the screen that’s a problem, it’s also its low resolution of just 320×240 pixels. The result is that websites are very difficult to read even when you’ve zoomed in quite far on them and even normal text in the Gmail client or on icons in the app drawer look rough and poorly formed. Viewing angles are quite narrow too, especially on the vertical axis and the screen suffers from poor contrast so it has a drab and dreary look. And despite the fact that the screen uses capacitive touch technology, the phone doesn’t support multi-touch gestures such as pinch to zoom in the web browser or photo gallery apps – something that’s pretty much standard on most other smartphones now.

Having dropped the ball on the screen, you might think that Samsung would have made up ground when it comes to the keyboard. After all, this isn’t exactly the first Samsung phone to comes with a keyboard, as it’s previously offered keyboard-shod handset like the Omnia Pro and Genio QWERTY. Unfortunately, though, the keyboard used here isn’t one of its finest efforts. It’s made form a single membrane with the square-ish keys stamped into it and each key having an angled edge. However, the keys aren’t all that comfortable to type on, partly because they need to be pressed with a bit more force than other messaging keyboards we’ve used, such as those on the HTC ChaCha. Also the layout isn’t great, especially if you’re moving over to it from a Blackberry device. The reason for this is that the bottom row of keys have been shifted one key to the left to make room for the up arrow button. As a result you may find yourself making typos when it comes to hitting keys on this line. It’s also a bit annoying that the Alt key has been moved to the bottom row on the keyboard as it feels slightly out of place here. 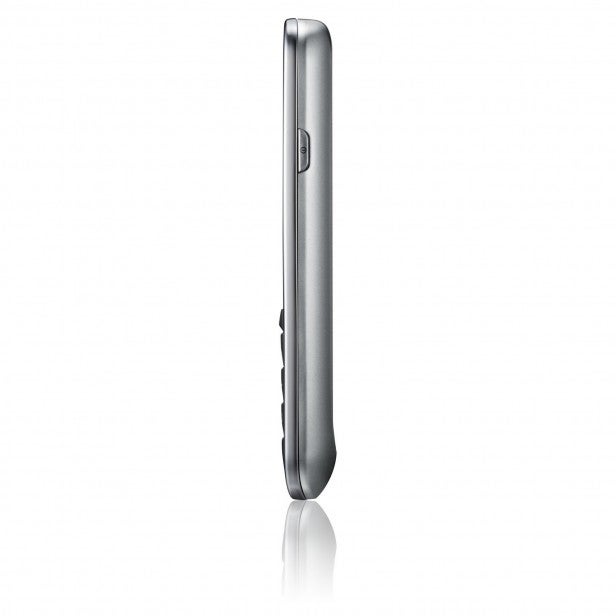 The Pro makes do with a pretty basic 3.0 megapixel camera  but that’s not really all that surprising on a phone that comes in just a whisker under the £130 mark. The camera lacks a flash, but at least it does have autofocus to help you avoid capturing blurry shots. The results when its working outdoors are surprisingly good, as shots come out looking pretty crisp and clean with accurate colours and good exposure. However, when it’s working indoors under low light, images are predictably muddy and noisy. The camera’s software is pretty good though, as it includes some interesting additions such as smile shot and panorama shooting modes.

Samsung has built the Pro around an unnamed 800Mhz processor that’s helped along by 512Mb of Ram. You can boost the storage using microSD cards and Three has included a 2GB card as part of the package. The phone uses the V.2.2 (Froyo) version of Android, rather than the newer v2.3 (Gingerbread release). There isn’t a massive difference between the two versions of the OS, although given the traditionally sluggish pace at which Android updates appear from manufacturers, it’s always better to start with the latest version of the OS in our opinion

The OS has been customised significantly via Samsung’s TouchWiz user interface. There’s a permanent shortcut bar on the right hand side of the screen giving you quick access to the app drawer, messaging feature, contact book and phone dialer. The app drawer is also staggered over three, sideways scrolling screens and Samsung has added some extras such as its SocialHub app. This brings email and social media messages together in a single location. However, the big problem is that Android just doesn’t feel very comfortable to use on a device with a small, landscape screen. Most of Android’s menus are optimised for portrait screens and as a result they can be awkward and tricky to use in landscape mode. Often they take up huge amounts of screen real-estate or the layout just looks wrong. 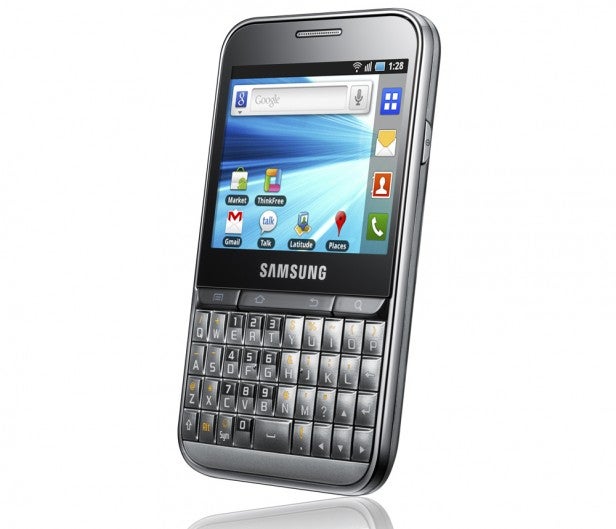 The phone’s connectivity options are pretty standard with HSDPA as well as Wi-Fi and Bluetooth V2.1 present. However, it’s Wi-Fi performance left a lot to be desired. For example, using it in a three bed terraced house with a router  downstairs, it struggled to get a connection in a room upstairs when the door was shut – something which other phones have no problems with.

Call quality was generally good, though. The ear piece is reasonably loud and the mic didn’t seem to be overly directional. Battery life wasn’t great, however. We found that with moderate usage it needed to be recharged at the end of each day.

[Verdict]
Despite some plus points, such as its relatively low price tag, we couldn’t help feeling that the Samsung Galaxy Pro is a bit of a disappointment. The screen and keyboard are the two areas you need to get right on a messaging device and Samsung just hasn’t managed to do that here. Also, Android just feels awkward to use on a landscape device such as this. Still, if you’re determined to get a messaging phone that runs Android, we’d advise you to check out the HTC ChaCha instead. 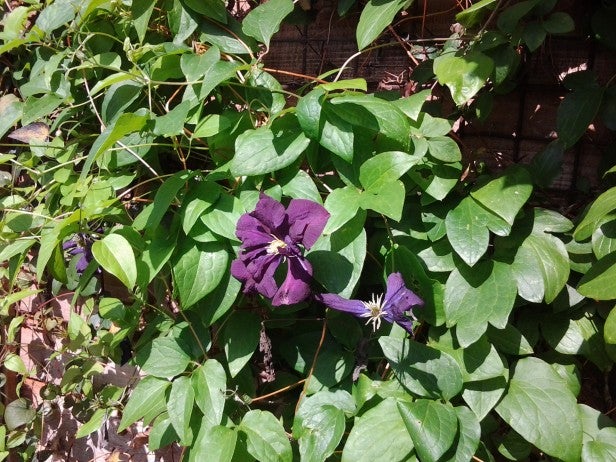 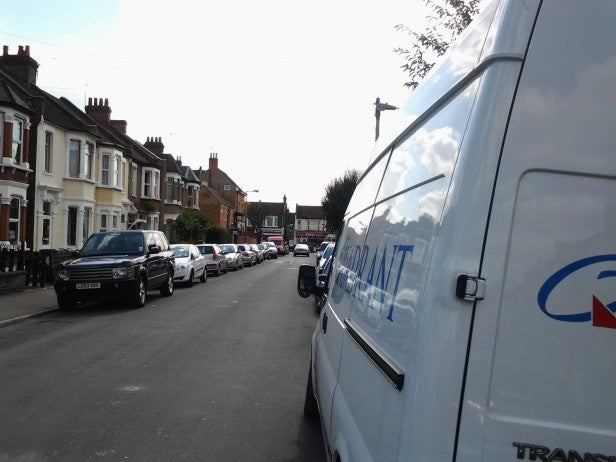 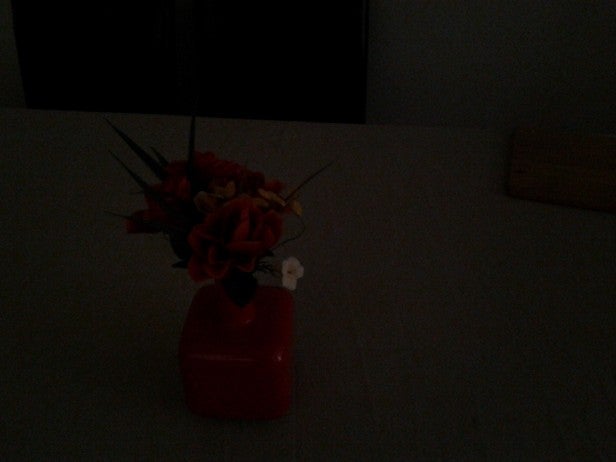