Inside the Samsung Galaxy Note 9 you’ll find a 4000mAh battery, a cell so large there are few other flagships devices housing a similarly sized unit – at least in Europe. It matches the battery size of the Huawei P20 Pro, and comfortably exceeds the Note 8 (3400mAh) and Galaxy S9 Plus (3500mAh).

It was a much-needed addition, too; the endurance of 2017’s Note 8 left much to be desired. The bigger cell leads to definite improvement here, but if you’re a heavy user then you’ll still likely need to charge the Note 9 every night.

It’s fair to say that for the first few days with the Samsung Galaxy Note 9, I was very disappointed. Phones usually take a while to bed in, for the battery life to steady, but the Note 9 was depleting at a rapid rate. It was worrying. 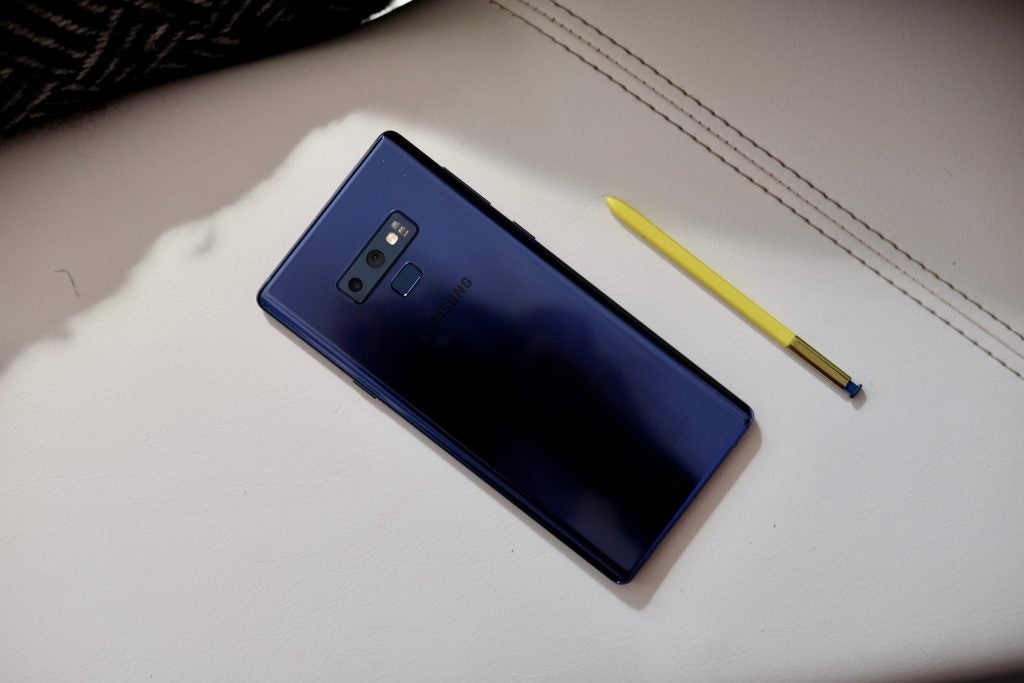 A couple of days later though and things had levelled out. I was now going from 7am to midnight with about 10-15% left at the end of the day and an average of 5-6 hours screen on time. On a lighter, weekend day I went until about 1pm the following day without needing to charge. These are good results, but ones I would expect.

Where the Galaxy Note 9 seems to lose lots of battery is during intensive tasks. An hour of HDR streaming on Netflix ate through 12%, while dialling that down to HD it lost 10%. A 30-minute Fortnite game consumed 17% of the battery, while an hour of Spotify streaming with the screen took off 8%. It also struggled to conserve power overnight: dropping from 17% to dead while I slept. The iPhone X, comparatively, lost just 3% when I left it off charge overnight.

The strong battery-saving modes also help to stretch it out further, if need be. Removing the always-on display results in an extra 5% per day, and you’ll achieve the same by reducing the screen resolution.

Having a bigger battery naturally leads to slower charge times and this is an area Samsung could have pushed harder with. Samsung’s fast charge method (Adaptive Fast Charge) is built upon Qualcomm’s older Quick Charge 2.0 standard and it’s not the quickest. Even though the on-screen readout implied it would take just over 90 minutes to fully charge, it tended to be over 2 hours. There’s wireless Qi and PMA wireless charging too.

Why buy the Samsung Galaxy Note 9?

There are lots of ‘big’ phones on the market, but none do as much with their size as the Note 9. The changes over the Note 8 are all vitally important to making this a much better device, and it feels a much more complete handset as a result.

I love the screen, am thoroughly impressed at how well-thought-out the software remains on the large phone, and even though the camera isn’t the very best you can buy, it’s up there.

The Note 9 won’t be for everyone, though; but that’s always been the way with the Note series. It’s super-expensive at £899/$999 and, for many, it will simply be too big. I also think the overall design of the Galaxy S9 Plus is slightly better.

However, if you’ll make use of the S Pen, all that storage and the gorgeous display, then the Note 9 will be worth it.

The best big phone you can buy