The Note 3 has a camera app very similar in use to that of the Galaxy S4. It’s pretty easy to use, designed to be operated with just the one thumb – there are separate video and stills shutter buttons that sit just under your digit.

As standard, the Galaxy Note 3 camera is set to full auto, meaning you only need to pick the subject of your shot. There’s no physical camera button on the phone, but with fast focusing and virtually  zero shutter lag, this is a very enjoyable camera to shoot with. 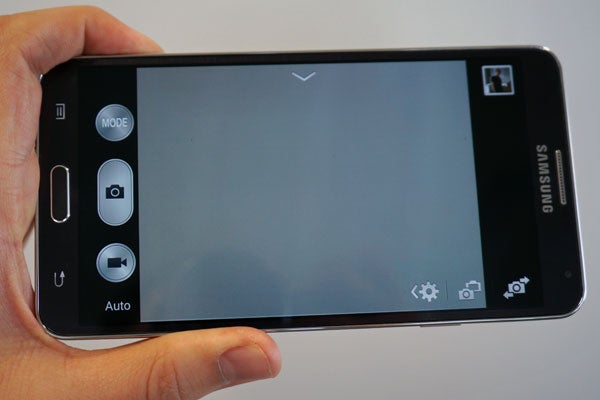 Like the rest of the phone’s interface, though, it does bombard you with options a bit. Aside from Auto, there are 12 photo modes. Some are great, some are unnecessary chaff – and you’re left to sift through them to find the useful ones. We have a feeling some people may be daunted by the sheer number, causing them to stick to Auto mode.

Our favourites include Rich Tone (an HDR mode), Panorama and Sport. HDR merges multiple exposures types to bring out more detail in your snaps, perfect if the lighting conditions are poor, or if you’re shooting a scene with overcast clouds; Panorama is self-explanatory, shooting  a wide view of your surroundings; and Sport keeps the shutter speed quicker than it would be in Auto mode, making fast-moving objects appear sharp. 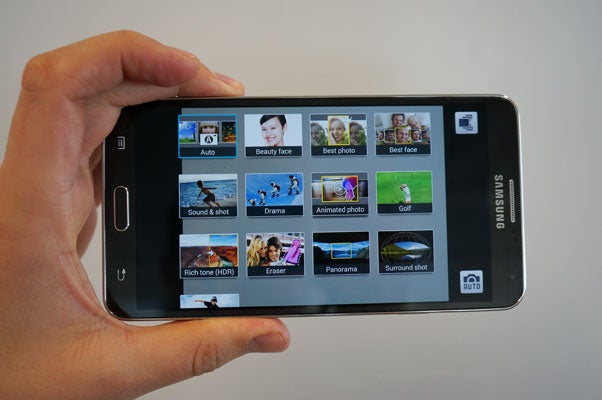 The other modes are a little more involved, going far beyond the scene modes you’d get in most dedicated cameras. Beauty Face softens faces to get rid of wrinkles and spots – it’s a bit odd. Drama takes multiple exposures and merges them, to let you get multiple instances of one moving object in a single picture. Eraser takes multiple exposures too, but with the aim of removing moving objects from a scene. The weirdest of the lot is Golf, which is designed precisely to capture a multi-exposure shot of a golf swing.

The madness continues. These slightly odd modes can produce some fun shots to share on Facebook, but as they’re a bit like an ice cream maker (you’ll use it once or twice, then never use them again) we wish there was a way to stash them into a box to hide most of them. Of course – that’d just add more features for smartphone novices to stumble over.

The Samsung Galaxy Note 3 has a 13-megapixel camera with a single-LED flash.  It’s very similar specs-wise to the Galaxy S4, with an f/2.2 lens and a 1/3.2-inch sensor, resulting in tiny sensor pixels of 1.1 microns.

It’s a camera that a bit old-school in its approach – it uses a small, high-resolution sensor when other phone-makers are starting to put more priority on increasing sensor and sensor pixel sizes (both good moves, photographically). 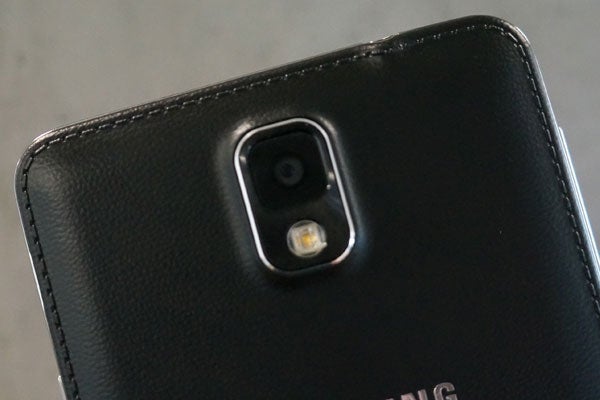 Detail and Exposure
In good lighting, the Note 3 can produce a good level of detail that surpass the HTC One and the iPhone 5S. Sometimes megapixels do pay.

However, we did find the images to be slightly less sharp, and slightly darker than the Galaxy S4. It’s not a huge performance difference, though. 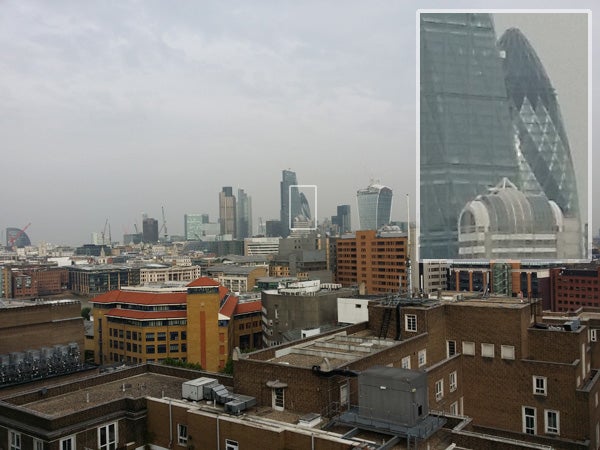 Low-light Performance and Flash
Where the Note 3 really disappoints is its low-light performance. For some reason, Samsung has cut the dedicated Night mode out of the Note 3. Instead, it relies simply on the Auto mode for low-light shots.

And it’s simply not up to it. In poor lighting, photo performance is terrible. Where rivals tend to produce grainy but discerable photos of our standard low-light scene, the Note 3 shot is basically pitch black. Objects only become discernible when you’ve processed the images significantly – and they still look awful.

Fingers-crossed Samsung will sort this out by reinstating Night mode in an update. At present, the Note 3 falls way behind the competition.

Depth of Field and Macro
The Galaxy Note 3 gets back to the sort of camera performance we’d expect with its macro skills and depth of field effects.

Macro performance is solid, producing good close-up detail and better-than-average focusing distance – i.e. you can get quite close to your subject.  As we saw in our standard crop of the London skyline, images were slightly less sharp than those of the Galaxy S4. 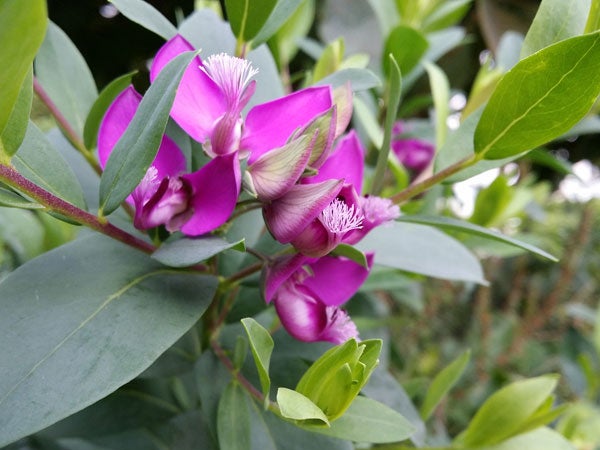 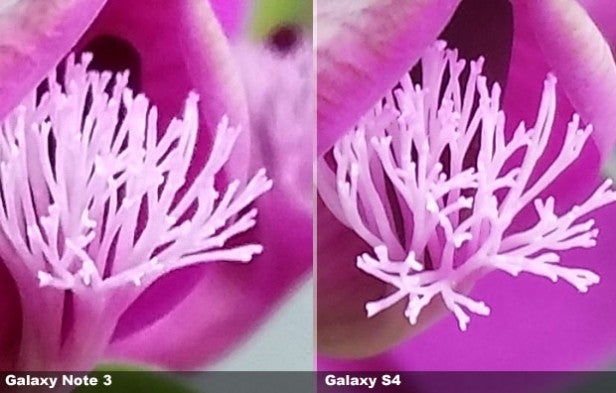 One area where the Note 3 performs better than the S4 is creating depth of field effects. The Galaxy Note 3 is better-than average (in this top-end phone camera field), offering better background blurring than its smaller brother.

Shallow depth of field is the easiest way to make a shot look arty, making the background appear blurred in order to make the subject ‘pop’. 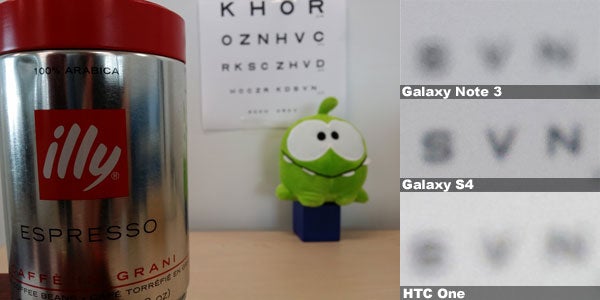 HDR
Perhaps our favourite ‘extra’ photo mode of the Note 3 is HDR – high dynamic range. And the Note 3’s version of it is excellent.

It combines multiple exposures of the same scene to produce more detail-filled shots. Without HDR enabled, the sky in the shot below would be a block of white/grey. But here you can see the full detail of the cloud cover. This is an example of seriously effective HDR in action. Well done, Samsung. We should say that the effect is at times so intense that it’s often pretty clear you’re using a ‘creative’ mode – which photo purists would call cheating. The iPhone’s HDR mode is subtler, but arguably not ‘better’ as such. 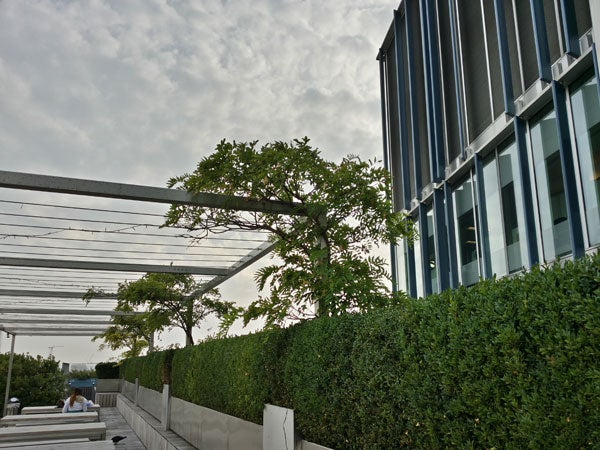 “The clouds above Trusted towers were tumescent with ominous portent…” 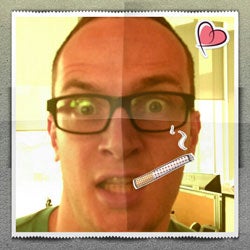 Post-shoot, the Note 3 also lets you edit your images. As well as fixing issus with brightness and contrast, you can add creative filters, frames, ‘stickers’, and you can also crop and rotate. Here’s an example of the sort of pic you can create.

Slow motion  is captured at 720p, fast motion at full 1080p. Samsung doesn’t drop these into the mode section, making them very easy to miss. But they’re great fun, and can produce some good (and hilarious) results.

You can also record video at 4K resolution, but without a 4K monitor or TV it’s not too useful at present.