The Galaxy Note 3 has a large battery – its capacity is 3,200mAh. That’s 100mAh up from the Galaxy Note 2, in order to compensate for the larger, higher-resolution screen.

In use, this increase doesn’t really seem to cover the upgrades, though. Stamina is acceptable, but we found it to be less remarkable than the second Note. You’ll have to charge every day with moderate use, as each day we were down to 50 per cent battery life or lower by mid-afternoon.

There is a Power Saving mode that’ll help to get the maximum running time out of your mobile, though. It throttles the CPU, turns off haptic feedback and offers a low-brightness screen mode. The removable battery cover gives you easy access to the battery – letting you take around a spare if you need to the phone to last a particularly long time away from a charger. 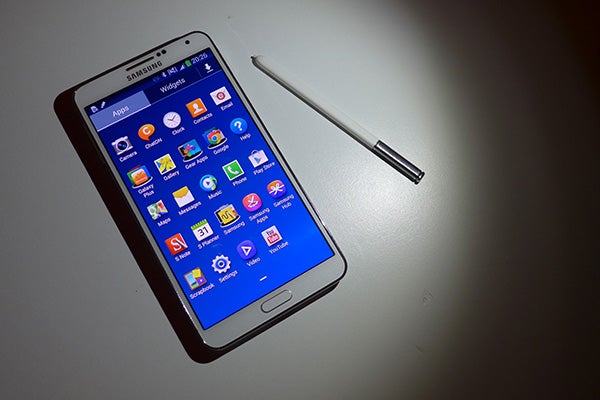 As you’d expect from a phone that packs-in every software feature under the sun – including features most of us have never thought of before – the Galaxy Note 3 has every connectivity feature you could ask for.

Aside from the smartphone standards, you get NFC, 4G, Bluetooth 4.0, and IR transmitter and MHL. Samsung also offers a few apps that try to make better use of the lesser-used connections. Samsung Link is a Wi-Fi-based connectivity app that lets you speak to other Samsung Link devices. Group Play uses NFC to let you share music with other Samsung phones. There’s also a Wi-Fi Direct sharing option within the Gallery – Wi-Fi Direct uses a Wi-Fi signal, but doesn’t require internet connectivity.

The Galaxy Note 3 offers solid call quality, with a reasonably loud, clear earpiece speaker and active noise cancellation thanks to the secondary pinhole microphone that sits on the top edge of the phone. As the phone’s outer is made entirely of plastic – aside from the glass screen front – the Note 3 avoids the signal issues that can crop up in metal phones.

Given the size of the Note 3’s body, though, we were a little disappointed by the quality of its internal speaker. There’s a single speaker grille for the speaker on the bottom edge, and while top volume is decent, sound quality is nothing to boast about.

It’s quite thin-sounding, and with just a single speaker outlet, it’s an entirely mono speaker. We’d ideally like to see Samsung incorporate a DSP mode to improve sound quality – we don’t rate using DSP with headphones, but they can improve the tone of a tiny mobile phone speaker no end. 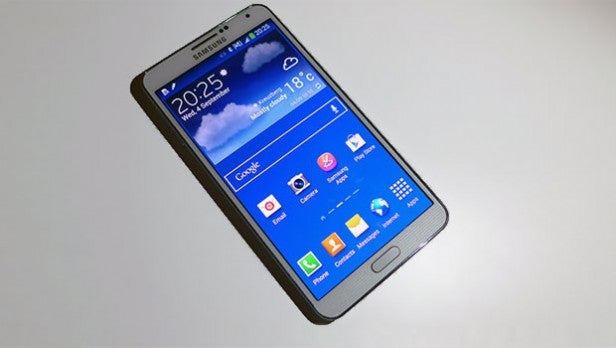 Should you buy the Samsung Galaxy Note 3?

The Galaxy Note 3 is a mostly safe, predictable entry in the Note series. It’s more powerful, it has a larger screen and more features than its predecessor. And the stylus is more useful than ever before, with an improved app selection to make use of the S Pen stylus.

You need to buy into what the Galaxy Note 3 is all about, though, as it’s significantly more expensive than a Galaxy S4. It smaller sibling is available for around £420 SIM-free, where the Note 3 will sell for £600-650. That’s a lot to pay for a pen, some extra screen space and some slightly upgraded internals.

Still, this is a phone type that the competition still hasn’t managed to successfully replicate – a bit of a surprise given that the Note series has sold in excess of 38 million units to date. It’s also worth considering the Note 2, which is available for just under £300 less than its replacement. It’s less powerful and has a screen that is slightly dated specs-wise. But if anything we have fonder memories about that phone, not least because of its longer battery life.

The Samsung Galaxy Note 3 successfully continues the one Samsung series of phones that no other manufaturer to date has really managed to touch. Stylus phones aren’t for everyone, but we have to applaud the lengths to which Samsung has gone to in order to try and make the thing feel useful. However, the ridiculous number of features mean this is not a phone for smartphone beginners.