Samsung Galaxy Note 10.1 S Pen
Now let’s check out the Note 10.1’s trump card: its S Pen. The S Pen is, when you get right down to it, a Wacom stylus and digitizer. Considering Wacom make the best graphics tablets in the world bar none (like the Intuos 5, for one) that’s a very good thing.

Samsung is the first manufacturer to integrate this tech into an Android tablet – both the Lenovo ThinkPad Tablet and HTC Flyer used N-Trig pens that were lumpy, required batteries, didn’t offer as many pressure levels and weren’t nearly as responsive, nor did they give you a choice of nibs.

Now for those who might say: “but the iPad has plenty of styli available for it, what makes this special?”, here’s the deal. With one exception, all the styli you can get for the iPad and every other capacitive tablet are only a minor improvement over using your finger. There’s only one capacitive stylus that gives a thin point, and it doesn’t offer pressure sensitivity or palm rejection.

With the S Pen – and other Wacom digitizers as found on the likes of the Samsung Series 7 Slate – you get 1,024 levels of pressure, which lets you draw weighted lines as you would with a real pencil. You get palm/finger rejection, which means you’ll rarely draw an accidental line with your hand. Basically, it’s akin to upgrading from using a chalk to an art pencil. 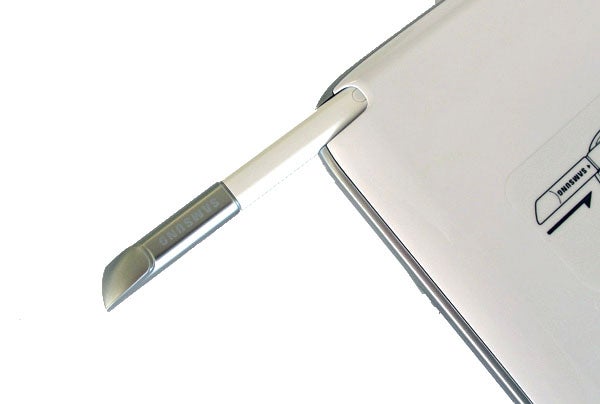 The S Pen slots into the tablet securely, and when you pull it out, a customisable side-bar with five pen-compatible apps pops in from the right. Unlike on the original Samsung Galaxy Note where the S Pen couldn’t press the physical buttons in its bezel, on the Note 10.1 you can perform every single one of the tablet’s functions using only the stylus and its neatly integrated button.

Business types will love the handwriting recognition, graph-drawing capabilities, and  ability to sign documents digitally. For those in the sciences, getting to write down formulas and have the Note turn them into machine-recognisable symbols and characters is very handy. Students, those into photography, designers – you’ll all find much to like here.

But what about artists?  S Note is fine for casual drawing, and in fact its feature set can be downright impressive at times, but it’s no true artist’s tool. Photoshop Touch, meanwhile, is aimed more at photo editing. For drawing, the best Android software we’ve found with pressure support is Autodesk SketchBook Pro (not the free version, which lacks that support and as such won’t make the most of the S Pen).

And yes, for artistic types the Galaxy Note 10.1 is a thing of beauty, the closest you can get to a Wacom Cintiq for under £500 (though you can’t, of course, hook this tablet up to your PC). Samsung even sells an optional S Pen with an eraser at its bottom. 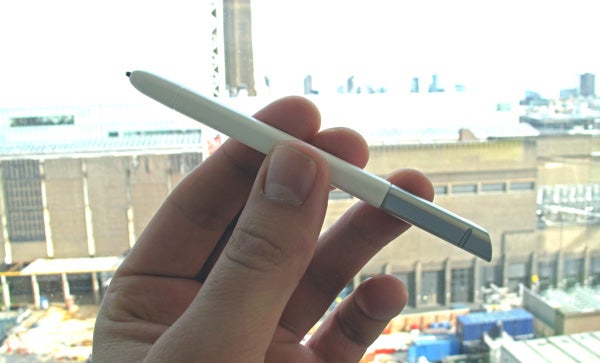 In practise everything ran as smoothly as on the best of the rest. Ice Cream Sandwich occasionally suffered from its usual hiccups, but we’re confident that this will be resolved once the new Note gets Jelly Bean. For all that some have complained of TouchWiz slowing things down, we did not find this to be the case here at all.

Where the Galaxy Note 10.1 really shows off its power is when you can resize a video window while the video is playing, and move it about with other apps running in the background. Gaming performance is also impressive, with smooth frame rates in demanding 3D titles. 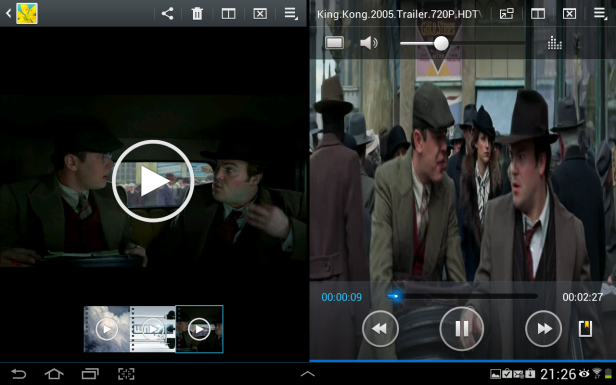 Samsung Galaxy Note 10.1 Video
Just like Tegra 3-based devices, the quad-core Note chews happily through high-quality and high-definition 1080p video in pretty much any format, though the native video player doesn’t support some common file types like .mov so we would recommend downloading a third-party option such as MX Player.