Camera app and Performance
The camera experience of the Samsung Galaxy Note 10.1 2014 is very similar to that of the higher-end Galaxy-series phones. They share the same mode- and feature-heavy camera app.

This makes it one of the more feature-rich tablet cameras. Performance is great too. Focusing is quick in all but the most taxing of conditions, and shot-to-shot times are excellent. There’s little shutter lag.

The Samsung Galaxy Note 10.1 2014 camera app offers eleven different modes that meld traditional ‘scene’ and ‘creative’ modes. There are burst modes that let you pick the best shot or even remove moving objects from a scene, as well as more conventional night, panorama and HDR modes. 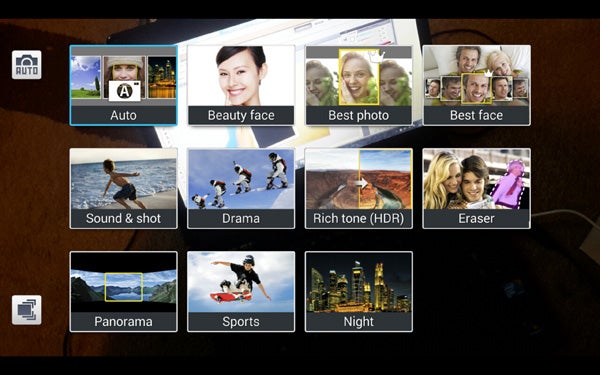 There’s very little sense of this being a cut-down camera setup, despite being within a tablet. Look deeper and there are a few missing bits and bobs you get in something like the Galaxy S4, though. There’s no slo-mo video shooting (you get fast motion video, but it’s not as fun) and the Samsung Galaxy Note 10.1 2014 lacks the 4K resolution video capture Samsung packed into the Galaxy Note 3.

You do get 12 creative video filters, each of which can be previewed ‘live’. As with most other aspects of the Note 10.1, the camera is jam-packed with extra bits – to the extent that you have to explore a bit to find them.

Hardware
The Samsung Galaxy Note 10.1 2014 camera sits dead centre on the top of the tablet’s rear. It’s an 8-megapixel sensor that, judging by the its performance, is likely of the mobile standard 1/3.2-inch size.

Its lens has an f/2.4 aperture, which too is pretty bog-standard. 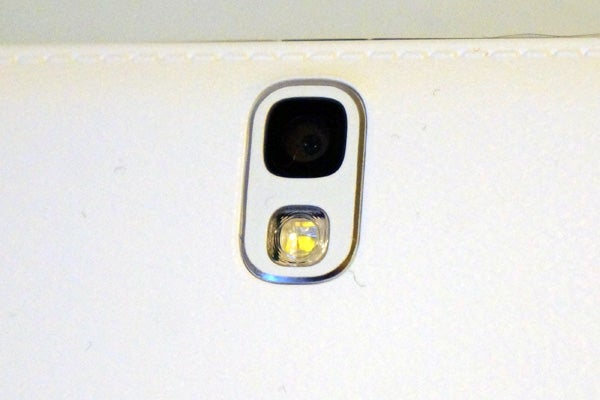 Image quality
In good lighting, picture quality is good. Unlike some tablet cameras that have been bunged in out of a sense of obligation, the Samsung Galaxy Note 10.1 2014 doesn’t have any serious exposure, colour or white balance issues.

For a tablet, this is a pretty decent camera.

Low-light
Unlike some of the latest phones, though, low-light performance is still fairly poor. There’s an increasing trend for using more intense noise reduction techniques in mobile device cameras, in order to smooth out noise in mid-level and low light scenes. The Samsung Galaxy Note 10.1 2014 doesn’t use any particularly aggressive noise reduction, leading to grainy lower-light shots. 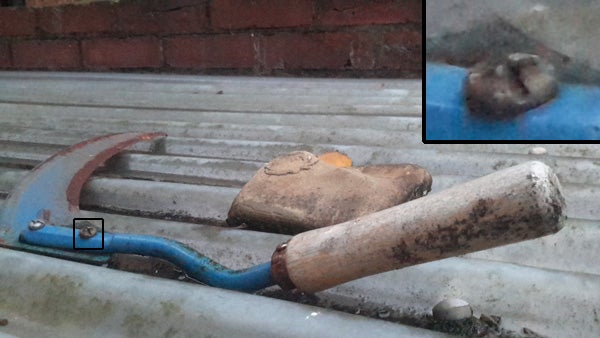 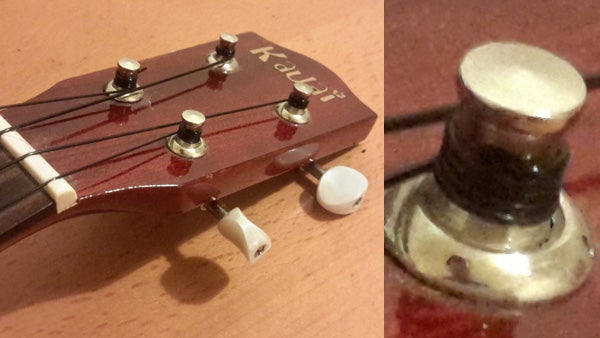 It does have a flash, though – a standard single-LED flash. Thanks to the uninspiring low-light performance, having a flash to hand for late-night portraits is handy. However, despite the smaller body, we still felt quite awkward shooting with the Samsung Galaxy Note 10.1 2014.

HDR
As with the recently-reviewed Note 3, we find the HDR mode one of the best bits of the camera. It effectively increases the dynamic range of the tablet’s camera, reducing overexposure and increasing detail in shadow areas. It does slow the camera down a bit, but the extra processing only takes about a second. 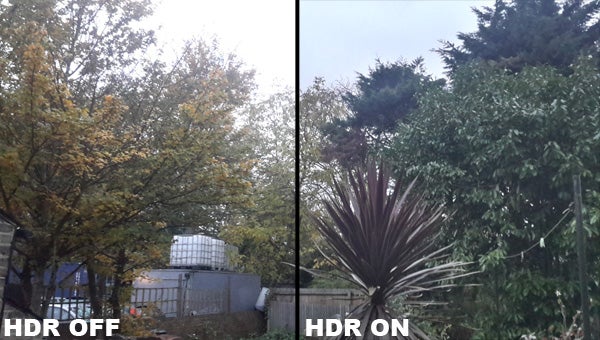 They may be both glum-looking, but there’s less overexposure, and more shadow detail, in the HDR shot

The main camera of the Samsung Galaxy Note 10.1 2014 isn’t going to challenge the very best phone cameras, but it’s good within its own category.

Front camera
The front camera is a little closer to being top-end, with a 2-megapixel sensor that’s higher-res than most. It can capture video and stills at 1080p, and provides very good picture quality for selfies and video chat.

It’s a fairly wide angle lens, meaning you need to hold the tablet quite close to your face if you want to take your next Facebook profile pic with the thing. However, that also means you can get a few people around the tablet for a video chat.

Video Capture
Video from the main Samsung Galaxy Note 10.1 2014 camera maxes out at 1080p and is of good – if not quite spectacular – quality. It offers software video stabilisation that is pretty effective at smoothing out the jitteryness of handheld video, although is does have an impact on general video quality.

What it does is to crop into the captured video, in order to leave an area at the edge of the sensor that can be used to mitigate judder. With video it’s a good replacement for actual optical stabilisation, but naturally doesn’t work with stills.