Introduction
Android may have its failings, but there’s no doubting that Google’s mobile operating system has been one of the key drivers in reducing the price of smartphones, bringing them down to such low pricing levels that they are now within reach of the vast majority of mobile phone buyers. However, the plethora of budget Android phones around means that you have to offer something special to stand out from the crowd, so does Samsung’s Galaxy Mini 2, which costs around £100 on Pay As you Go, have what it takes to beat the likes of the Huawei Ascend G300 and Orange San Francisco II? 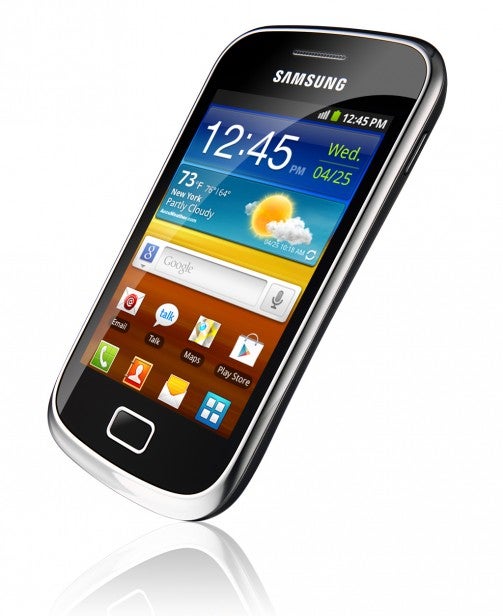 There’s a glossy black bezel around the screen on the front with the Samsung logo stamped at the top and a hardware home button beneath that’s circled by chrome beading. Either side of this you’ll find touch buttons for the back and menu functions. The power/lock button has been shifted to the right hand side, but the standard 3.5mm headphone jack remains at the top, while on the left you’ll find the volume rocker switch and a flip out flap that covers the microSD memory card slot. At the bottom, as you’d expect is the microUSB port. 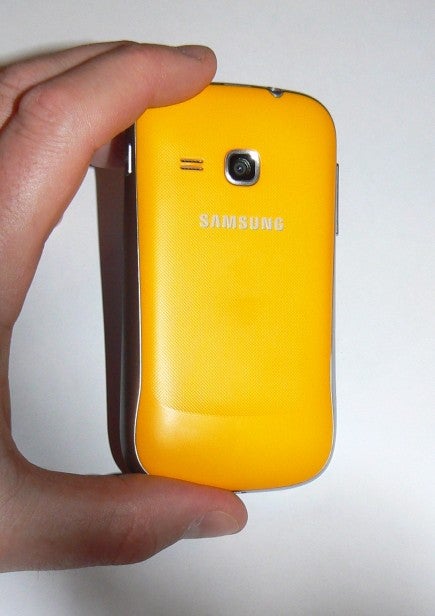 The phone is relatively small, mainly due to its modest screen size, so it fits snugly in the hand and the rounded back helps a bit to hide the fact that it’s actually quite a thick phone measuring 12.3mm deep, considerable thicker than current high-end handsets such as the Apple iPhone 5 that lines up with a svelte 7.6mm form. It feel quite solid, but the silver paint job on the edging that surrounds the battery cover does look a tad plasticky and drags down what would otherwise have been quite a premium looking design, especially for a handset in this price bracket. 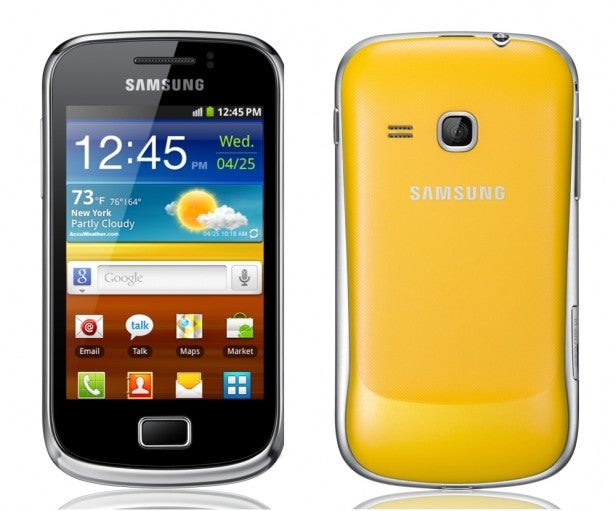 Samsung Galaxy Mini 2 Screen
The screen on the Samsung Galaxy Mini 2 isn’t terrible, but it pales next to the display on rival budget handsets like Huawei Ascend G300 and Orange San Francisco II. It’s not simply that the screen is quite small; it’s also because the resolution is a bit limited at 320×480 pixels. Webpages and text still look relatively clear, but the fact remains that the same content looks considerably better on the G300. The screen’s viewing angles are a bit tight too, so contrasts and colours shift a lot, especially if you’re holding the handset vertically and twist it slightly to the left. In fact, colours tend to look a little bit muted anyway and black levels aren’t great, so darker areas of videos tend to have more of a greyish tinge to them.

Samsung Galaxy Mini 2 Processor
The Samsung Galaxy Mini 2 uses an 800MHz, single-core processor, which is very basic by today’s standards, even for a budget phone. However, its performance actually isn’t that bad, due, in part at least, to the modest demands of the smaller screen and the fact that it runs the older Gingerbread version of Android rather than the newer Android 4.0 Ice Cream Sandwich offering, which is a bit more resource heavy.

Let’s be clear, it’s not lightning quick by any means, but neither does it leave you hanging waiting to respond after prodding the screen to launch an app. Basically, it’s fine for stuff like web browsing and emailing, but you’ll notice the lack of oomph in the processor department when you switch between apps, as the phone can take a little bit longer to redraw icons and menus on the screen. 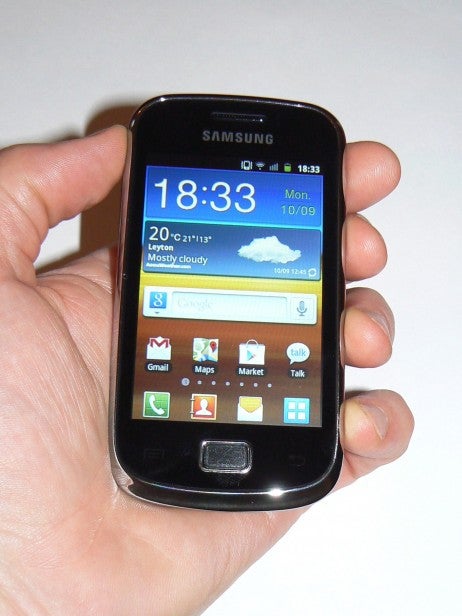 You can see this reflected in its fairly modest benchmark results. In Browsermark it racked up a score of 41064 and it completed Sunspider in 4343.5ms. However, in Linpack it scored a lowly 19.406Mflops and managed to reach just 25fps in the Egypt Classic test in GLBenchmark.

Samsung Galaxy Mini 2 UI
Naturally, Samsung has added its Touchwiz interface over the top of Android. It’s not massively different to the vanilla Android interface. The main changes are that there are buttons to control stuff like Wi-Fi, GPS and Bluetooth in the notification pull down tab and the fact that the app drawer is split into horizontally scrolling pages rather then the standard river of apps view. Samsung has also loaded a few of its own apps, including Social Hub that combines your messaging and social network feeds together in a single app. There’s also Samsung’s own App Store, as well as Kies Air that lets you manage your phone over Wi-Fi from a PC’s browser.

The phone has 4GB of storage built in, which isn’t bad by budget phone standards and gives you a bit of space to store music tracks, photos and videos. However, you can beef up the storage by adding microSD cards, which isn’t the case on some more expensive handsets such as the Orange San Diego.

The Samsung Galaxy Mini 2 is available in two versions. One has NFC and a slightly thicker battery cover to accommodate the Near-Field Communications sensor, while the other version goes without NFC. We had the NFC version in for review and you can set up the phone to change sound profiles, open websites or call contacts when it’s touched against an NFC tag, which is pretty neat, if not exactly essential. 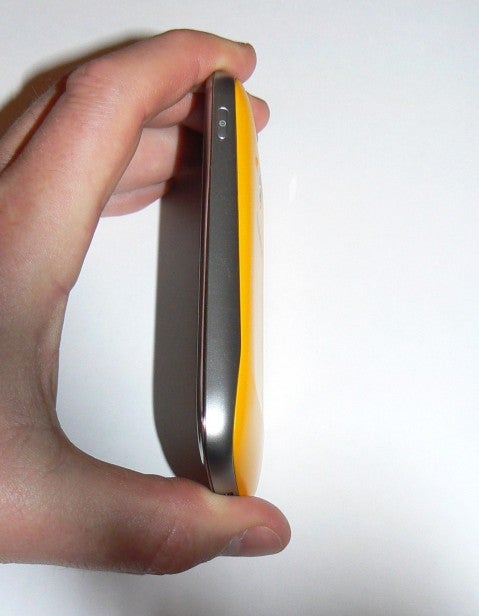 When it comes to battery life, it’s not a bad little performer. It uses a removable 1,300mAh battery and we found that we could quite easily get a little over a full day’s usage out of it before it needed to be topped up with juice. Call quality is pretty average and the speaker phone mode isn’t particularly loud so you may struggle with it if you’ve using it in a car environment.

Samsung Galaxy Mini 2 Camera
The Samsung Galaxy Mini 2 only has a rear facing camera, so video calling on Skype and other similar apps is out. The rear camera is quite basic and has a fairly low resolution 3.15-megapixel image sensor. It lacks a flash, so low light shooting is pretty much out, and there’s no autofocus either. Outdoor shots are passable as focus can be a bit iffy at times and images tend to be quite soft when it comes to edge detail. There’s a video mode too, but this is limited to 640×480 pixels, although the quality isn’t bad as frame rates are decent and it handles motion reasonably well.

Samsung Galaxy Mini 2 Verdict
Far from a bad little smartphone, the Samsung Galaxy Mini 2 looks quite funky with its yellow battery cover and isn’t as sluggish as you’d expect for a phone with an 800MHz processor. With a decent battery life, the problem with the Mini 2 is that it’s slightly over priced even at £100 on a Pay-As-You-Go basis, especially as the Huawei Ascend G300, which can be bought for the same price, blows it out of the water in terms of specs and performance. 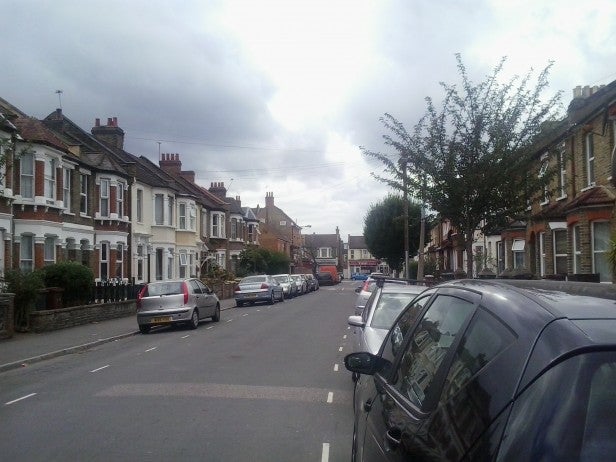 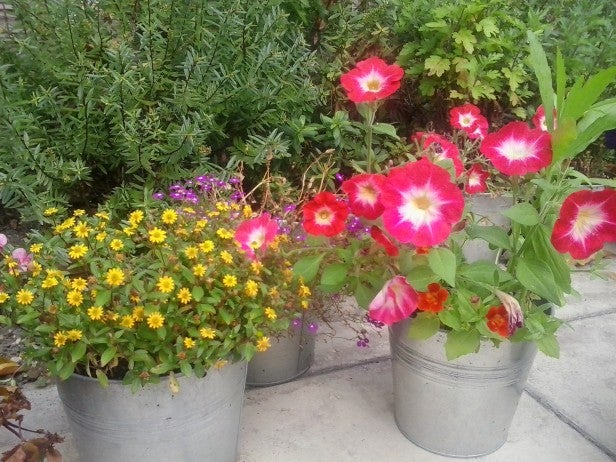 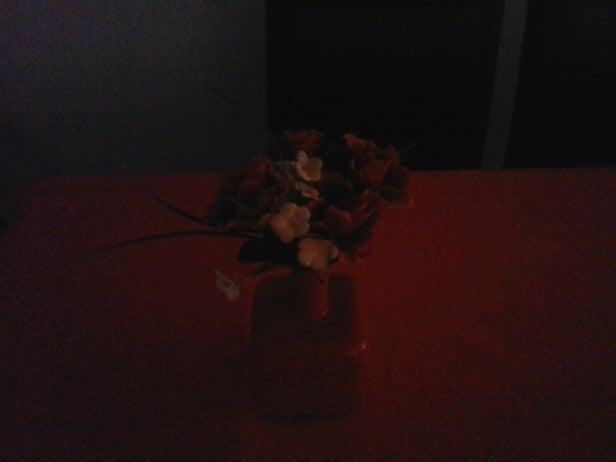