The Samsung Galaxy Mega runs Android 4.2 Jelly Bean, with the usual Samsung TouchWiz interface laid on top. Consequently, it looks and feels almost identical to the other high-end Galaxy phones, including the Galaxy S4 and the S4 Zoom.

It can do everything any other Android phone can, with full access to the Google Play app store and home screens you can customise like any other. However, if you’re expecting the Galaxy Mega’s screen to give you access to more things per screen, you’ll be disappointed. 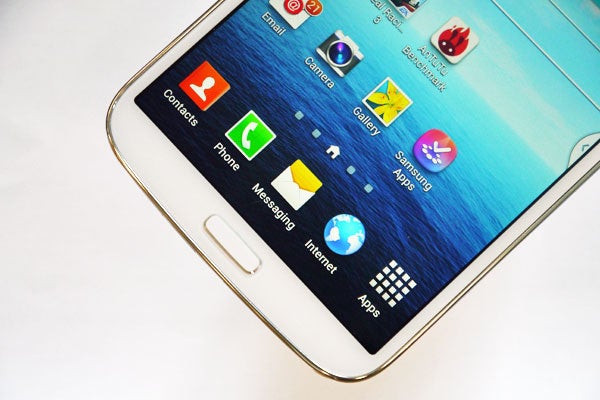 It merely blows up what you’d see on a smaller screen, resulting in jumbo-sized icons that help to mitigate how tricky that huge display can be to navigate across with a thumb.

The Samsung Galaxy Mega feels right when used with two hands – one holding the thing and the other acting as a fleshy prodder.

Held like this, the Galaxy Mega is one of the only phones that can make Air View make some practical sense.

Air View is a feature Samsung introduced to its higher-end phones with the Galaxy S4, and it lets you interact with the screen without touching it. Using Air View you can see quick previews of photo albums, and zoom into parts of web pages.

With one-hand operation, we found Air View only got in the way, but it’s marginally better with the Galaxy Mega. 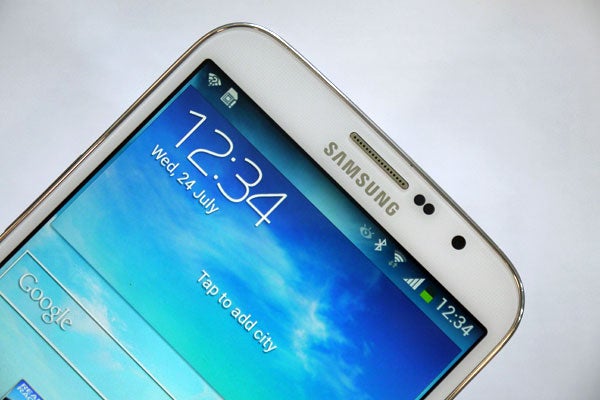 However don’t go thinking that this means the Mega’s screen is super-clever. It doesn’t have a digitiser layer like the Galaxy Note 2, as Air View works using uses the super-high sensitivity capacitive screen of the phone, rather than anything more technologically impressive.

Aside from the still-gimmicky attractions of Air View, the Samsung Galaxy Mega does have us wondering exactly what the phone’s immense screen size is particularly useful for.

As already detailed, the TouchWiz software in the Mega doesn’t fundamentally alter the interface to make better use of those screen inches throughout. Apps aren’t more involved, they don’t have any additional UI elements. They’re just bigger.

We came to the conclusion that there are three main benefits to the screen’s giant size.

While browsing, fonts will generally be easier to read than on a Galaxy S4, despite the much higher resolution of the smaller phone. Videos are more pleasurable to watch on-the-go, as long as you can handle the person next to you on the train spying on your episode of Mad Men. Best of all, though, TouchWiz lets you run two apps at once – more on that later.

Of course, the browsing benefits only become apparent when you hand the luxury of using both hands to operate the phone. With one hand, navigating around websites can be a real chore.

Rendering of web pages is reasonably fast, with a 1121ms Sunspider benchmark score consistent with a decent mid-range phone.

Is the Galaxy Mega a good video player? It has a dedicated video player app that offers reasonable video codec support, although not the best we’ve seen in a Samsung phone.

It refused to play our 1080p MKV video sample and failed to play the sound in another MKV sample, but HD DivX and Xvids had no problems playing. And, like the Galaxy S4, videos can be overlaid on homescreens as widgets.

The extra screen space again makes this extra feature somewhat more useful than in Samsung’s smaller phones, but we found few situations in which we used it. 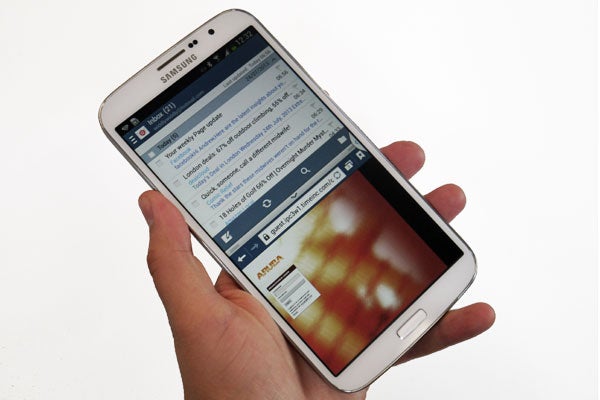 The Samsung-specific software feature to make best use of the Mega’s screen is Multi Window. This lets you split up the 6.3-inch screen into two windows (see above), each running a separate app. It was good in the Galaxy S4, but it’s even better here.

However, the apps you can run in Multi Window are, predictably, limited. You can’t play Real Racing 3 while checking out your emails, but you can browse the web while doing so, watch a video or run a large number of other apps.

The Samsung Galaxy Mega has access to the Google Play app store and its vast array of apps good and bad, but Samsung has packed a bunch of apps into the phone from the off. 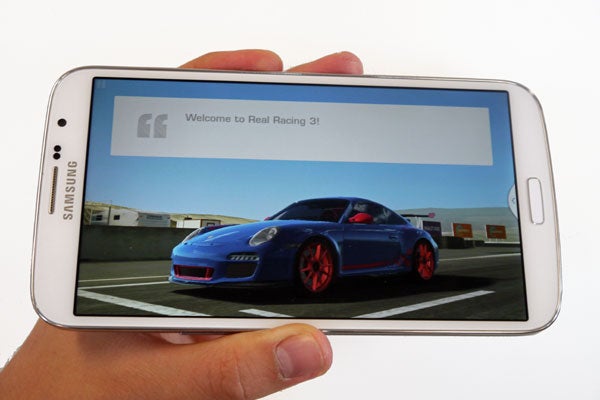 All of these are found in Samsung’s other phones, but they are reasonably diverse. S Memo is a comprehensive note-taking app, ChatON an online chat interface, S Translate a translation app and S Planner Samsung’s own calendar.

The Mega misses out on S Health, a Samsung-made fitness tracker. However, as there are plenty of alternatives available from Google Play, including much better free-to-download running and cycling trackers, it’s not a huge loss.