What is the Samsung Galaxy Camera 2?

Most people think of Android as a system found on phones and tablets – and it is, for the most part. However, it can work on other things to, such as the Galaxy Camera 2.

It’s a camera that benefits from all the photo-sharing power of Android apps, just like the first Samsung Galaxy Camera model. However, the Galaxy Camera 2 will only be available as a Wi-Fi only model – where the first offered a 3G model too. 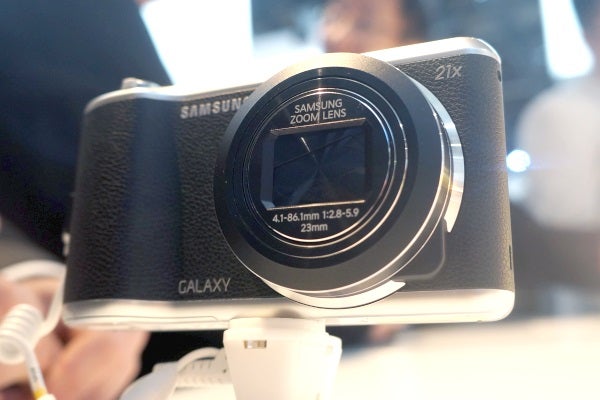 Half of what’s new is to do with design. Elements of the camera have been redesigned and made more attractive. It’s not dramatically different in size. Like Samsung’s phones and tablets, if a part of the Galaxy Camera 2 looks like a certain material, it probably isn’t actually made of it.

The front of the camera looks like leather – but it’s plastic. The top and bottom plates of the Galaxy Camera 2 look like brushed aluminium – but they’re plastic. We’ve often criticised Samsung for this kind of hoodwinking, but it’s fairly common in cameras that cost less than £500. After all the Fuji X-M1 originally retailed for over £600, and that’s almost completely plastic. 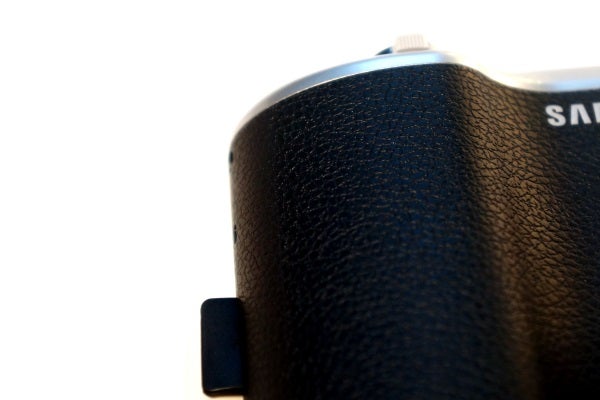 Ergonomically the Galaxy Camera 2 is decent. A large screen mandates a fairly large body, and there’s a handgrip bulge at one end. As much as we’re not fans of Samsung’s fake leather plastic, the stuff here isn’t too bad. It looks the part, and offers the right sort of grippy tactile finish for a camera.

A £400 price might convince you that the Galaxy Camera 2 is a serious piece of kit, but it’s not really. There are no hardware controls, no viewfinder, no EVF. You compose your shots using the screen in the back and any fiddling with shutter speed, aperture and so on has to be done within the camera app. If you want to learn what ‘classic’ photography is all about, this is not the gadget with which to do so. 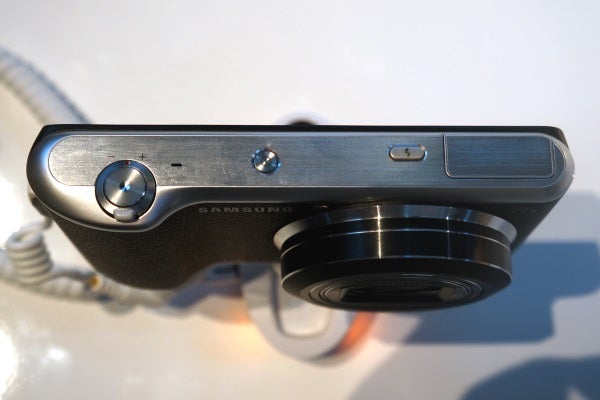 However, it makes sharing photos easier than any ‘proper’ camera. And it lets you play Candy Crush Saga.

Its lens is a 21x optical zoom with a max f/2.8 aperture. Again, just like the Galaxy Camera. As such image quality is likely to be similar, if not identical, to the first model. 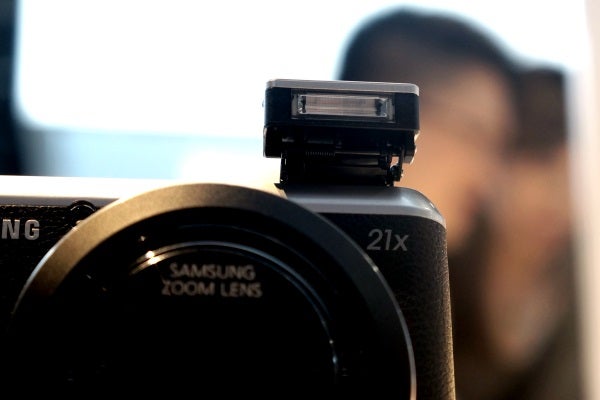 Any changes will be down to tweaks in the way the camera processes photos – however, if it does make any noise reduction changes it’s likely these will be brought over to the old Galaxy Camera anyway in a software update.

There are some notable hardware changes that aren’t just about looks, though. The processor of the Galaxy Camera 2 has been upgraded to a quad-core 1.6GHz model (exact model TBC), the battery has been uprated from 1,650mAh to 2,000mAh and the camera now has NFC as well as Wi-Fi, for easy communication with Samsung NFC phones. You also get a more up-to-date version of Android on-board, Android 4.3 instead of Android 4.1 However, the custom Android UI Samsung uses means the base changes in Android don’t come through all that strongly.

The Galaxy Camera 2 screen is exactly the same as last time – 4.8 inches across and 720p in resolution. That’s a lower resolution than the Galaxy S4 screen, which is Full HD, but it’s a pretty sharp display. 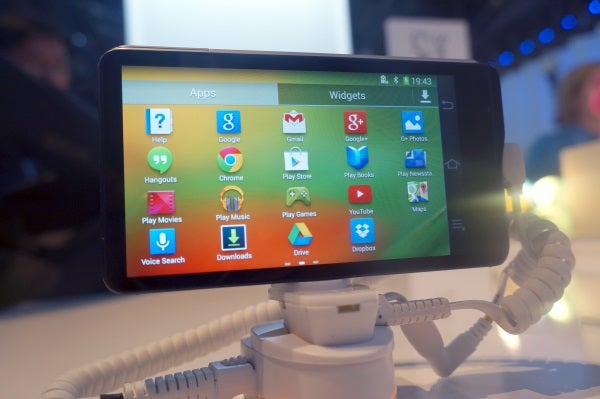 This is an entirely unimaginative update to the Galaxy Camera, bumping up a few specs to bring them closer in-line with Samsung’s current phones. Is it better than the first one? Yes, but without any significant image quality improvements it’s not worth upgrading if you already own the first one.