Your initial reaction to news of a phone incorporating a projector being to roll your eyes is perfectly fair. However, the Samsung Beam proves that the concept can at least work, even if you may have little use for it.

Despite packing in a 15 lumen projector the Samsung Beam is a surprisingly slim, lightweight and easy-to-handle phone. With dimensions of 124 x 64.2 x 12.5 mm it is a little thicker than the current average but there’s a minimal bump on the back for the projector and the rounded design is comfortable and easy on your palm. It does weigh a little more than you’d expect for what is a slightly plasticky feeling phone but at 145.3g it’s certainly no behemoth. 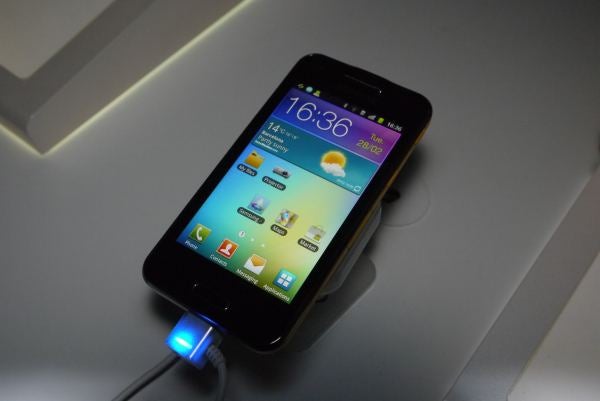 What really makes the Beam a genuine proposition though is that it packs in hardware that wouldn’t be out of place on any other mid- to premium handset. Centre stage is a 4in AMOLED screen with a resolution of 480 x 800 pixels, inside is a dual-core 1GHz processor, it has 768MB of RAM, 8GB of on-board storage (expandable to a total of 40GB via a microSD slot) and both front and rear cameras. The rear camera is only a 5MP model but it has touch to focus and face/smile detection as well as an LED flash. It also only runs Android 2.3 (Gingerbread) but this is still a very usable operating system. 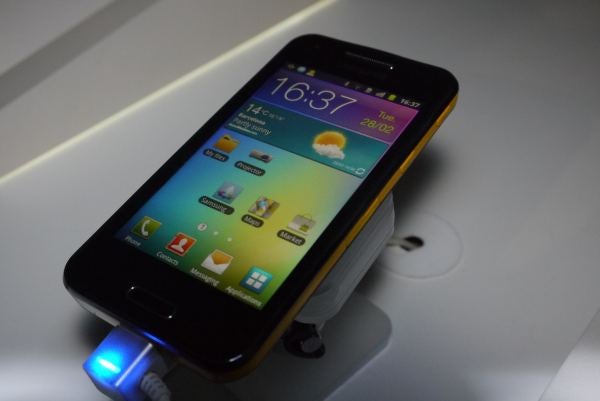 So, to the projector. With a resolution of 480 x 360 pixels it isn’t going to satisfy true movie geeks but we can genuinely see it sufficing for a camping holiday movie session, or for showing your mates a funky YouTube video. The demo room was thoroughly blacked out so showed the 15 lumens of brightness at its best but so long as you keep your projection surface relatively close, you should be able to get by in bright environments. 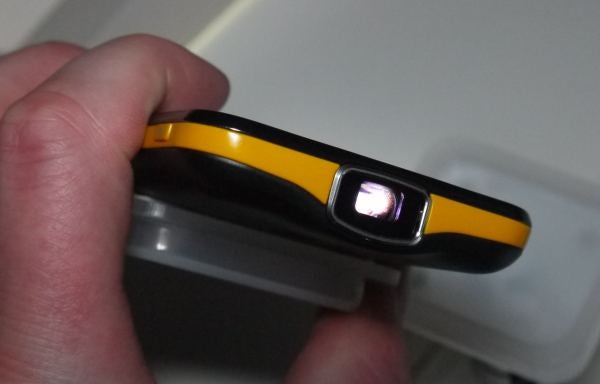 In the ideal climes of a blacked out room you can theoretically stretch the image to 50in or more, though at this size the low resolution is really shown up. One thing we do like the idea of is being able to lie in bed and project the image onto the ceilling – no more awkward neck craning while video watching. 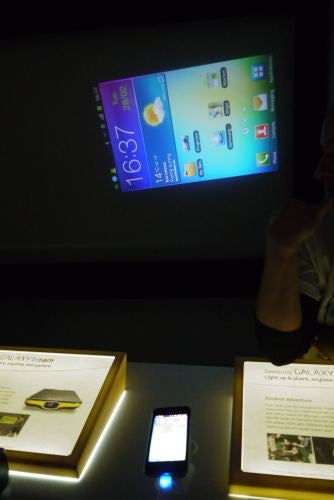 Samsung has built in an annotation app that allows you to easily scribble on and point at any presentations you may be using the phone for, giving it a slightly more practical application than just casual video viewing. 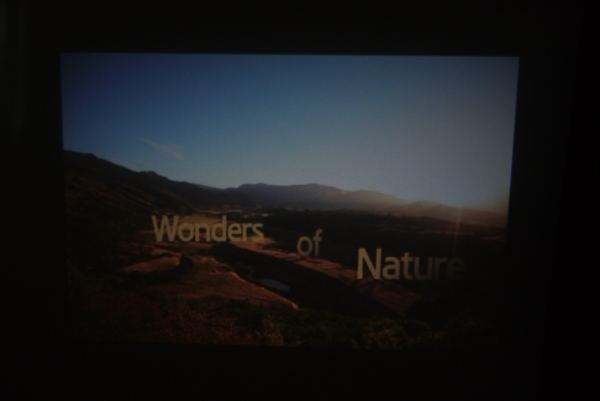 With a 2000mAh battery on-board the projector should last around 3hrs, and if you don’t use the projector this size of battery will ensure this phone out lasts most competitors that use 1500mAh units.

Overall then, the Samsung Beam is clearly a niche product, and we feel most people would be much better served by buying both a phone for general phone duties and a tablet for on the go video watching and presentations. However, as proof of concepts go, this device has proved that you can practically combine both a projector and a phone. Just make it a higher resolution projector next time!