With the recent arrival of the Orange San Francisco, our view of all other budget, and even premium, smartphones has shifted. No longer is budget merely sub-£250 and no longer can it mean a compromised screen resolution or reduced feature set. So with that in mind, the Samsung Galaxy Apollo I5801 has some seriously high goals to reach.


Available for around £180 SIM free or for free on 18month £20pm contracts, it’s certainly what we’d conventionally call budget but given this shift in perspective, it’s perhaps best to consider this a low to mid range smartphone.


What’s most obvious about this phone is it’s slightly smaller than your average all-touchscreen smartphone. The screen itself is 3.2in rather than the more common 3.5 – 4.0in while the body of the phone is only 55mm wide, some 3-5mm narrower than most. While all these differences may sound small, they all add up to a device that feels noticeably smaller, though at 12.6mm thick it’s hardly the slimmest.


Design wise, it’s elegant enough with a glass front and matt black plastic back and it feels well put together with no extraneous flexing or creaking when squeezed. An unintentional drop onto our carpeted floor didn’t even dislodge the battery either, which is always a reassurance. However, the silvery design of the front doesn’t quite work, to our minds. It catches the light more than black finishes and shows off fingerprints to an even greater extent, giving the whole front a distracting look. 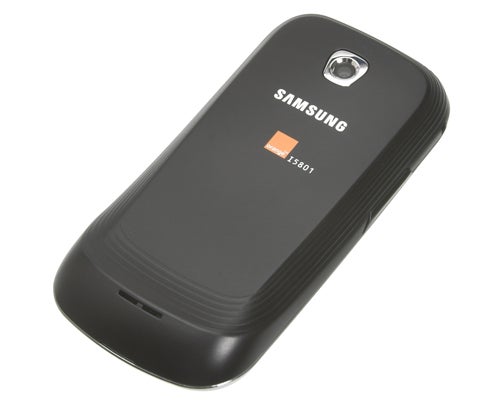 Handling of the phone is okay with the curved back sitting nicely in the hand and the three standard Android buttons falling nicely within reach. The volume rocker on the left edge is likewise easy to access and has a nice positive response, unlike some of the mushy ones we tend to find on cheap phones.

All is not well, though, as the screen lock button that sits on the top edge is rather difficult to operate, thanks to it being flush with the body of the phone. Thankfully you don’t need to press it to unlock the screen (just to lock it) but can press the central button on the front instead. The back surface is also a tad slippery. 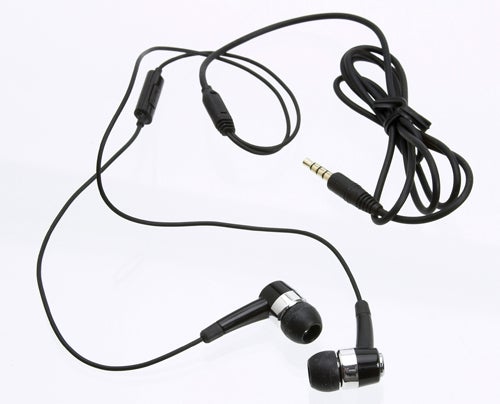 There’s no shutter button for the 3.15-megapixel camera, nor is there a flash, but otherwise the I5801 is reasonably well kitted out with the top edge home to a headphone jack and microUSB socket and there’s a miscroSD slot under the battery cover for adding extra storage – a 1GB card comes in the box. Sound quality from the headphone jack is fine and while the included headset certainly isn’t amazing it blocks out a modicum of external noise and includes volume controls.

Not only does the I5801’s screen give up size to the Orange San Francisco but it’s also lower resolution. At 240 x 400 pixels the LCD panel has a noticeably grainy look that’s a far cry from the sharpness exhibited by those panels on the best phones. It’s not the brightest or most colourful either so makes videos and pictures look a bit washed out. Nonetheless, by normal budget phone standard, it is actually quite good and more than adequate for general use. 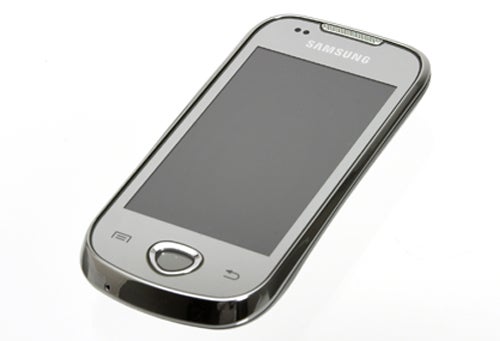 What really helps in this regard is the responsiveness of the touch-sensing, and the fact it has multi-touch. This makes it easy to type on the onscreen keyboard (in fact typing is excellent) and gives you access to multi-touch gestures like pinch-to-zoom in the web browser and image viewer.


Internally you get a 667MHz processor, so it’s got one up on the San Francisco that only has a 600MHz CPU. However, with just 256MB, it has half the amount of RAM. Also present are all the latest wireless technologies you’d expect of a modern phone, so Bluetooth, 3G and Wi-Fi are all present and correct. While on the software side of things you’ve got Android 2.1 running under the hood. 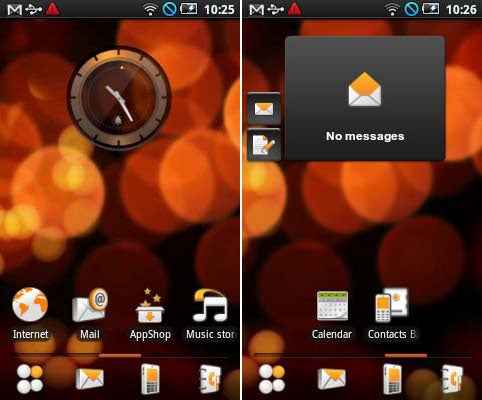 Ultimately, the result is a phone that feels ostensibly as capable as any other smartphone. You can browse the web, check your email, download apps and play games with few hiccups. It doesn’t feel quite as snappy as the latest and greatest but it more than gets the job done. 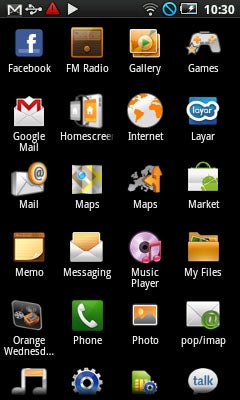 That said, as with the San Francisco, on the Orange version of this handset that we’re reviewing a number of unwelcome changes have been made. 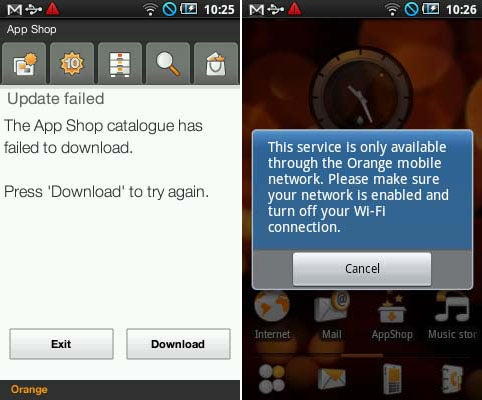 In addition to the standard Google app store, there’s an Orange app store and Music Store, both of which can only be accessed over Orange’s data network – the apps refuse to run with Wi-Fi turned on. There’s also an Orange email app that suffers the same fate. We really cannot fathom the inclusion of this guff. Sure, there’s a commercial reason to force users into paying for the company’s data connection, rather than using free Wi-Fi, but it’s also a sure fire way of annoy many customers.

Aside from these additions there are actually some nice changes. Contact management is excellent with easy social networking integration available for adding Facebook and Twitter friends to your Gmail and SIM ones – it’s thankfully nice and easy to link friends. 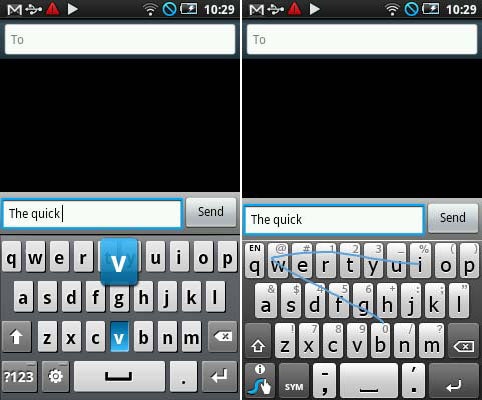 The Swype keyboard app has also been added so you can use this ingenious single-finger typing method. Sticking to the standard onscreen keyboard layout, though, and it still provides a very good typing experience with few mistakes cropping up and speed being plentiful. 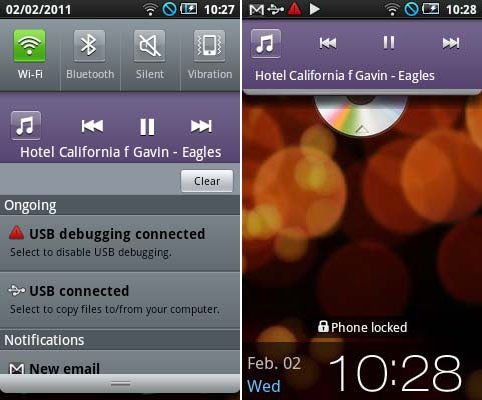 Changes have also been made to the notification drop down where you’ll now find buttons for quickly turning on and off, Wi-Fi, Bluetooth, Silent Mode, and Vibrate. When you’ve music playing in the background this will also house a mini music player so you can quickly pause or skip tracks whatever else you’re doing. The music player is also available on the lock screen; tap the middle button when the screen is locked and drag down the CD icon to reveal the mini player. Sadly this easy access to your music doesn’t extended to being able to quickly access the player when no music is yet playing, as you can on the iPhone where a double tap of the central button will bring up the player, but it’s a step in the right direction. 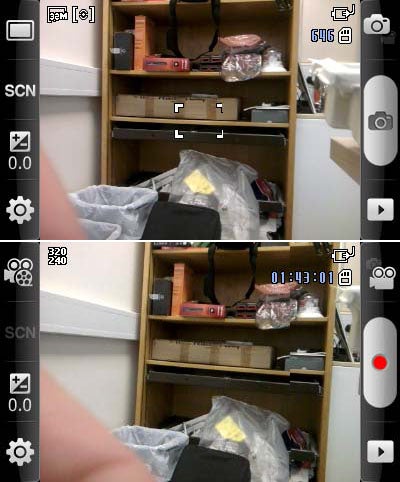 Returning to the camera, there shouldn’t be any shocked faces as we reveal it’s not all that good with the sky completely blown out in our outdoor shot. The lack of flash also seriously hurts the quality of dimly lit indoor shots, though with a steady hand you can still get something usable. As for video, the severely limited 320 x 240 resolution and 15 fps frame rate means it’s only something to be used as a last ditch effort. While this obviously isn’t a great performance, it’s no worse than we’d expect for the price. 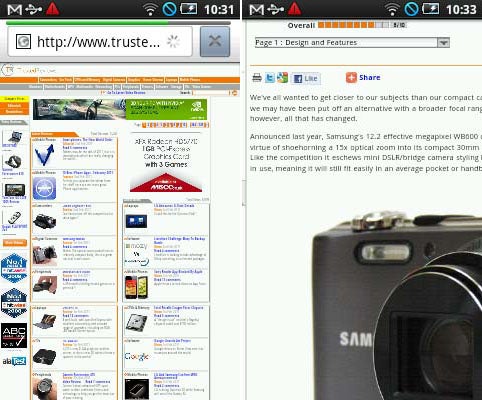 Making a few calls on the Apollo threw up few major causes for concern, though neither did it particularly excel in either volume or clarity. On the other hand the loud speaker is surprisingly powerful, though rather tinny.

As for how long you’ll get to use this phone before needing to top it up, the 1500mAh battery easily gave us two days of use and three shouldn’t be a push. When left on standby over a weekend, it used hardly a drop, suggesting you should seldom be left short unless away from a plug socket for a significant period.


The Samsung Galaxy Apolo I5801 is a rather nice handset in many ways. It’s well built, has all the essential features and is easy to use. However, thanks to a certain Orange San Francisco, its value has been eroded, leaving it as something of an also ran. It’s not a bad phone, it’s just that there are better options for the money, now. 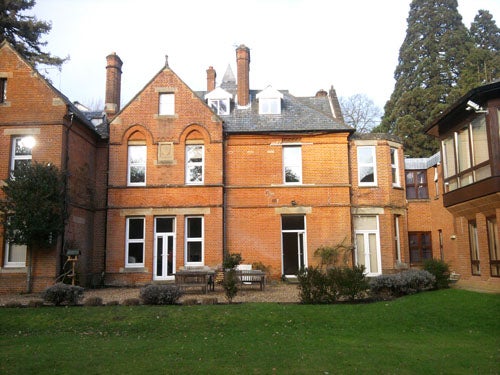 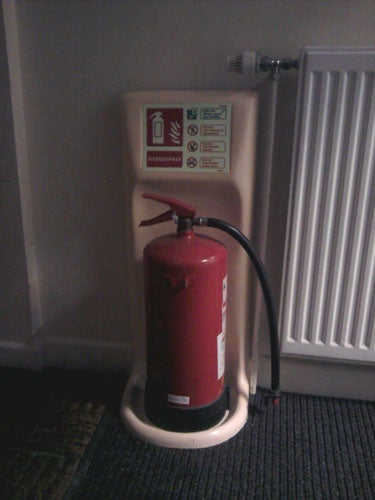