One thing the Galaxy Alpha doesn’t inherit from the Galaxy S5 or even the S5 Mini is the battery life. There’s a removable 1860mAh battery, which is smaller than the one inside the cheaper S5 Mini (2100mAh), no doubt to accommodate the Alpha’s more slimline design. While it’s capable of getting you through a day, it struggles to match the S5’s two-day stamina.

Samsung does still include the useful Ultra Power Saving mode to push things further, but it doesn’t take much gaming or video streaming to bite into the battery life.

In general use, browsing the web, gaming, checking on Twitter and watching video, the Alpha can safely make it into the evening and can max out at a day and a half. In more extreme testing, running an HD video on loop, it manages on average 10 hours, which is about an hour less than the S5 Mini under the same conditions, and about the same as the iPhone 5S manages.

From a 30-minute charge when the battery is entirely flat, it will top up by around 25%, so it’s at least a reasonably swift charger.

When you know what Samsung is capable of delivering, it’s a shame the Alpha doesn’t quite give you the same excellent battery life. 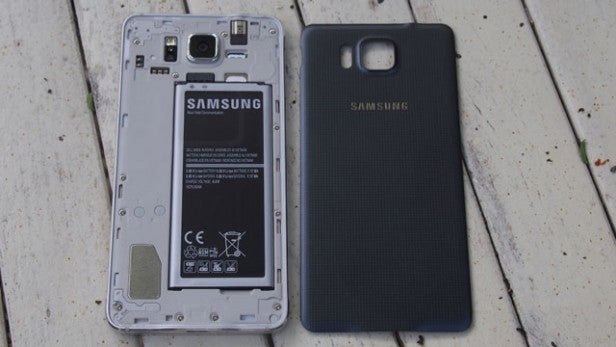 Call quality is average. Not bad, but not great, either. Samsung does include a noise-reduction feature in the Call Settings to supress background noise during calls, but even without that we found call quality to be reasonably clear and without any dropouts.

Samsung’s mixed things up on the speaker front, moving it from the rear to the bottom edge next to the charging port, much as it is on the iPhone. Holding it in landscape mode does mean there’s still a tendency to cover it and muffle some of the sound. What’s more disappointing is that it doesn’t show any real improvements on the S5 or the S5 Mini. It’s still loud above anything else, but doesn’t come close to HTC’s BoomSound speakers for warmth or bass. 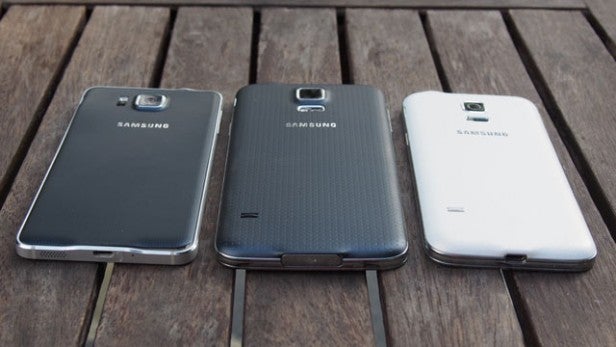 Should I buy the Samsung Galaxy Alpha?

The Samsung Galaxy Alpha conjures up some mixed feelings. This is undeniably the best-looking phone Samsung’s come up with and is clearly a direct rival for the 4.7-inch iPhone 6. The metal frame is beautifully integrated into a still predominantly plastic design, and on that front it’s a step in the right direction. It’s something that should have happened a long time ago.

The big problem here is that, despite costing more than the Galaxy S5, it doesn’t best the larger Samsung phone in any way other than its premium build quality. It doesn’t have a Full HD 1080p screen, you can’t dip it in the bath, there’s no microSD card slot and it can’t match the Galaxy S5 for battery life. When you compare it to the cheaper S5 Mini, it’s only the camera and the metal frame that really separate the two phones.

If you’re sold on Samsung’s Android approach and want a more attractive, smaller phone, the Galaxy Alpha is more appealing than the S5 Mini. If you’re hoping for the best experience on a Samsung Galaxy phone, then the S5 is still the one to go for.

The Samsung Galaxy Alpha is a beautiful-looking phone; it’s just a shame it misses out on some of the S5’s most impressive features.