We didn’t expect great things from the removable 1,800 mAh battery. Samsung claims you should get up to 10 hours of talk time, up to eight hours of video playback and up to eight hours using the internet on 3G or 4G, but this is a phone you are going to need to charge every day.

If you are only going to use for phone calls it will be fine but in general use over a day browsing and gaming, it is more of a struggle. On a full battery from 8am it doesn’t take long to for the battery to start draining.

You can manage around 7 hours on average and in more extreme testing, running the Ice Age movie downloaded to the Google Play video player with sound on and maximum brightness, it manages to get to around the 6.5-7 hour mark. The Xperia M with a 1,750 mAh battery manages a more impressive 9-9.5 hours in extreme testing and perhaps benefits from the Snapdragon S4 Plus processor and its ability to conserve battery even when running multiple apps at once.

In its favour the Ace 3’s battery does power back up quickly from a critical battery level jumping from 15% on a 30-minute charge but it could have really done with some power saving options to help it to push on for a bit longer. 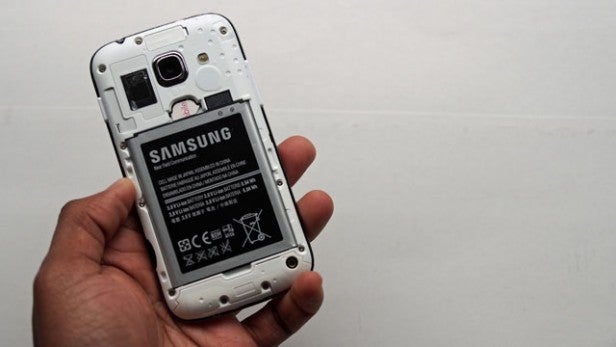 This is an area where the Ace 3 lacks in comparison to its larger more expensive compatriots. With the earpiece sat in the identical position as the bigger S4, calls come through loud but can sound muffled and distorted even with the HD voice support.

Taking calls in-built up, busy areas has an adverse effect on call clarity and makes it really difficult at times to hear the other person even on the loudest volume. There is an in-call equalizer to improve the calling environment, but won’t do much in the way of improving the good but not brilliant ability to do perform one of the basic features of a phone.

Things don’t get any better on the speaker front. The small grilled speaker at the back of the Ace 3 is strangely positioned alongside the camera lens. It’s loud at maximum volume but it’s largely a tinny sound experience for music and watching video. The Xperia M offers a far more rounded experience for a cheap phone. 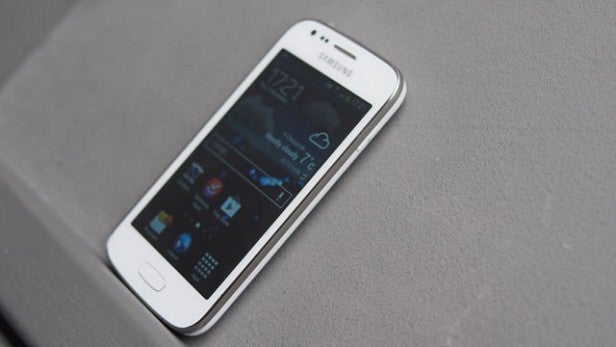 Should I buy the Samsung Galaxy Ace 3?

If you really want a 4G phone but don’t want to spend big, then the Samsung Galaxy Ace 3 should be up for consideration. But for value for money, the Motorola Moto G is the best option out there. It does lack the Micro SD card slot and 4G support, but it comprehensively outperforms the Ace 3 in all other departments including the 720p HD screen and faster processor.

In the same price range, the Sony Xperia M (£180) offers a similar performance but has the better battery life and speakers. The HTC Desire 500 (£200) is one of the best looking mid-range handsets available, but if you want the best, the Moto G should really be your only option.

The Samsung Galaxy Ace 3 is a cheap 4G phone, but it’s that’s no match for the new king of the cheap smartphone, the Motorola Moto G.