The Samsung Galaxy A8 may be an important phone in Samsung’s lineup, but it doesn’t currently run the latest version of Android. It has Android 7.1.1, which as of mid-2018 is quite old.

However, Samsung has confirmed that the Android Oreo update is coming. And some of the changes will be overwritten by the Samsung UI anyway.

The Samsung Galaxy A8 runs version 8.5 of the Samsung Experience, the skin that sits on top of Android. It makes some significant changes. 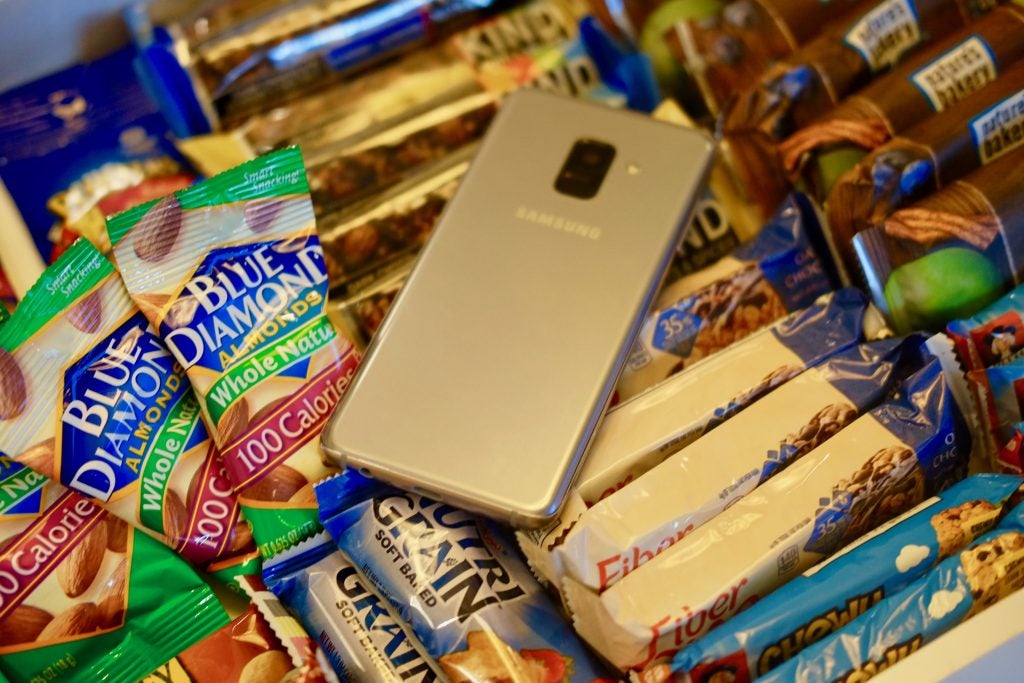 Icon shapes are a little different, as are fonts, and the apps menu is arranged into horizontally scrolling pages rather than a vertical scroll. The soft keys are Samsung’s own, too, looking more like sci-fi symbols than the plain-style used by Google. They’re used in the Galaxy S9 too.

You can’t change these symbols, but Samsung Themes do let you alter most other elements of the software’s look. That includes icon shapes, fonts, backgrounds and icon designs.

I tried a few themes, but ended up reverting to the Samsung Galaxy A8’s standard one. As ever, a lot of user-generated themes are pretty poor, and you have to pay for many of them in the Samsung Themes app.

You also get the Bixby homescreen, which sits to the left of your default one. This is similar to a classic newsfeed screen, but features widgets from other apps including Weather, Samsung Health, Facebook and Uber (if you use it).

I have almost zero interest in using this Bixby screen, and I imagine most Samsung Galaxy A8 users will feel the same. Thankfully, it’s very easy to ignore. 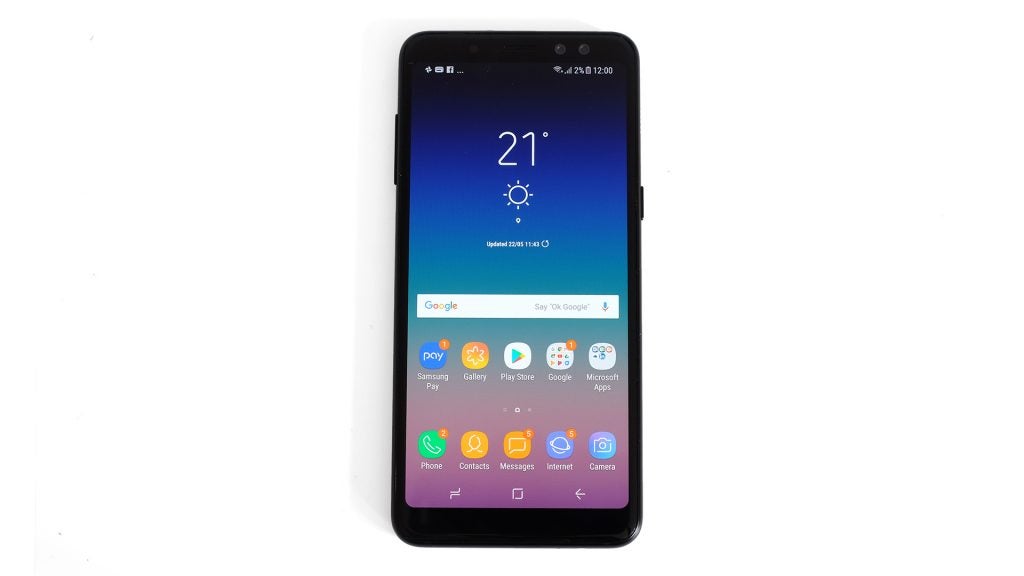 Look at the big cache of preinstalled Samsung apps and you’ll see in action the company’s tendency to have a crack at everything. The S Voice digital assistant is still here; S Health is a Fitbit-style tracker; SmartThings is a smart home platform; and Samsung Pay is a wireless payments platform. There’s plenty more, too.

If bloatware irritates then the Samsung Galaxy A8 might not be for you, although it is possible to uninstall almost every extra app.

When it comes to general performance, the Galaxy A8 is excellent. I’ve seen fewer software teething problems here than in the Honor 10, and transitions between screens feel fast.

The Samsung Galaxy A8 offers far from the best raw performance per pound, though.

At its heart sits a Exynos 7885 Octa CPU. This is better than most of last year’s mid-range CPUs, since it has two faster Cortex-A73 cores rather than using eight Cortex-A53s. However, Geekbench 4 suggests its performance is still roughly comparable with the Snapdragon 630 CPU of the Moto G6 Plus. 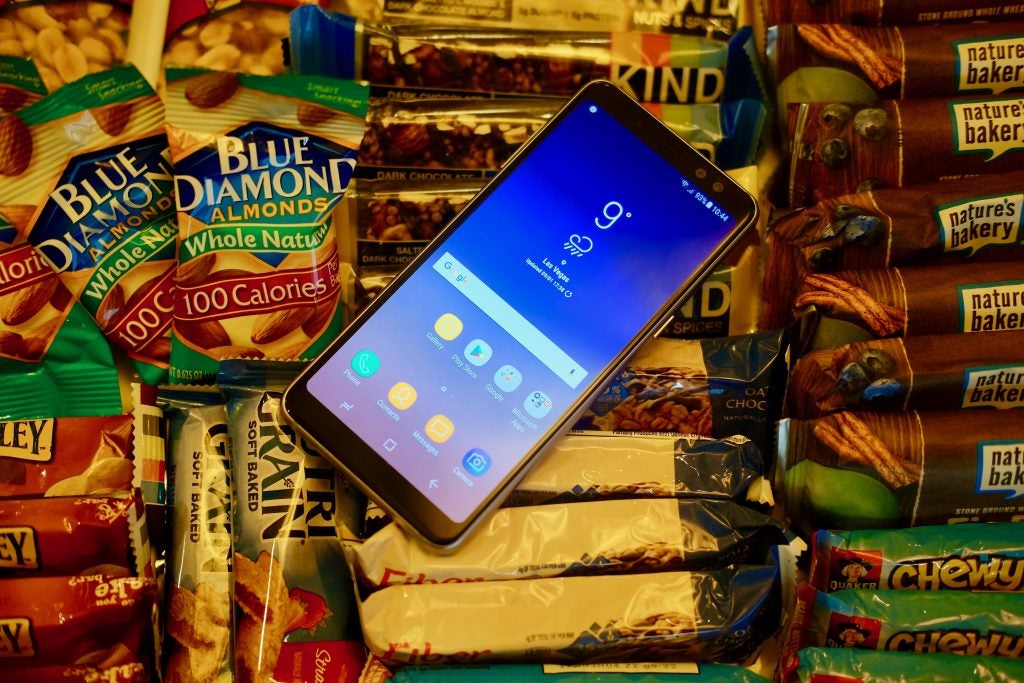 Its GPU is relatively weak, too: it’s a dual-core Mali-G71. This is significantly less powerful than the Adreno 508 of the much cheaper Moto G6 Plus. And – prepare yourself – the OnePlus 6’s Adreno 630 is roughly eight times as powerful.

Sure enough, there are a few choppy moments in the top-end Android game Asphalt 8 than I’d like. It isn’t enough to spoil the game, but there are far more capable phones available at a similar price. The Honor 10 and OnePlus 6 are dramatically more powerful, and the Honor 10 is significantly cheaper.

If you’re into working out value empirically, the Samsung Galaxy A8 isn’t a good deal in power terms.