Samsung has used the same processor in lower-cost phones for the past two years. It has enough power to ensure Android runs well – just.

This is the most important factor if you’re after a phone that handles the basics. It scores 3456 points in Geekbench 4, similar to the Moto G6. 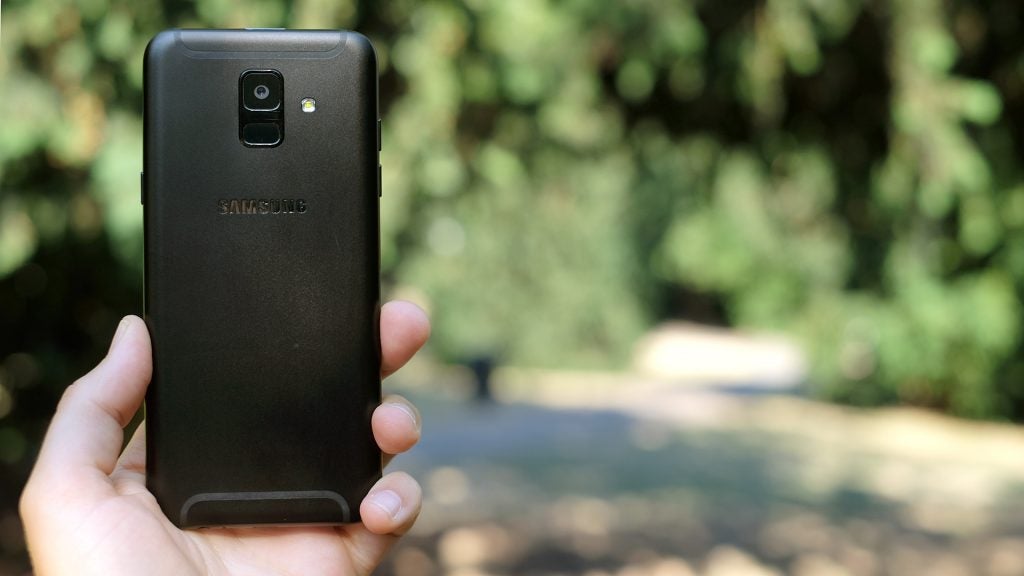 However, the graphics processor is poor. It’s from the same family as that of the Honor 9 Lite, but has one core instead of two.

Just as almost every other phone at the price has a sharper screen, they have more powerful GPUs too. But does it matter?

I’m a little surprised by quite how well a high-end game such as Asphalt 8 runs on the Galaxy A6. It’s fairly smooth. However, not all games run as fast. Open-world games with long draw distances such as Minecraft show up the lack of “spare” power, and you can’t even play ARK: Survival Evolved. The Moto G6 is a much better phone for gamers.

There’s a single speaker on this phone, which resides on the handset’s side. It’s fairly loud and has a little more bass power than some cheaper phones. However, treble becomes brash at high volumes. 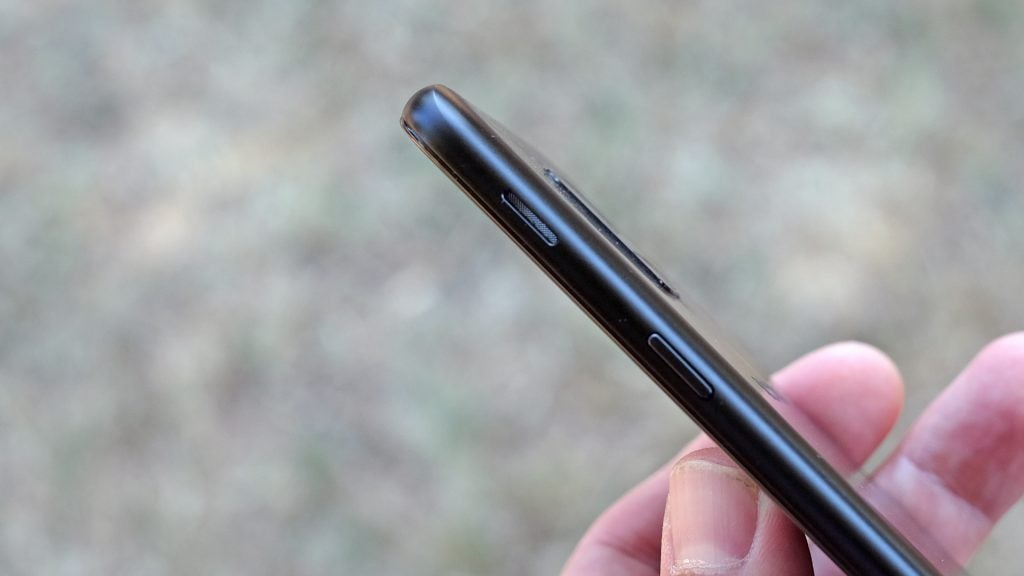 The Samsung Galaxy A6 has some of the best camera hardware at the price, but also some of the most dated software. There are two 16-megapixel cameras, one on each side, and both have LED flashes.

These sensors are 1/2.8-inch in size and have super- fast lenses for an affordable phone. The rear lens has an f/1.7 aperture, the front f/1.9.

Its lens is as fast as the Moto G6 Plus’s, but it trades sensor pixel size for a greater number of pixels, which impacts native dynamic range and low-light sensitivity, for example. However, all of the key compromises are down to the software and processing, not the hardware. 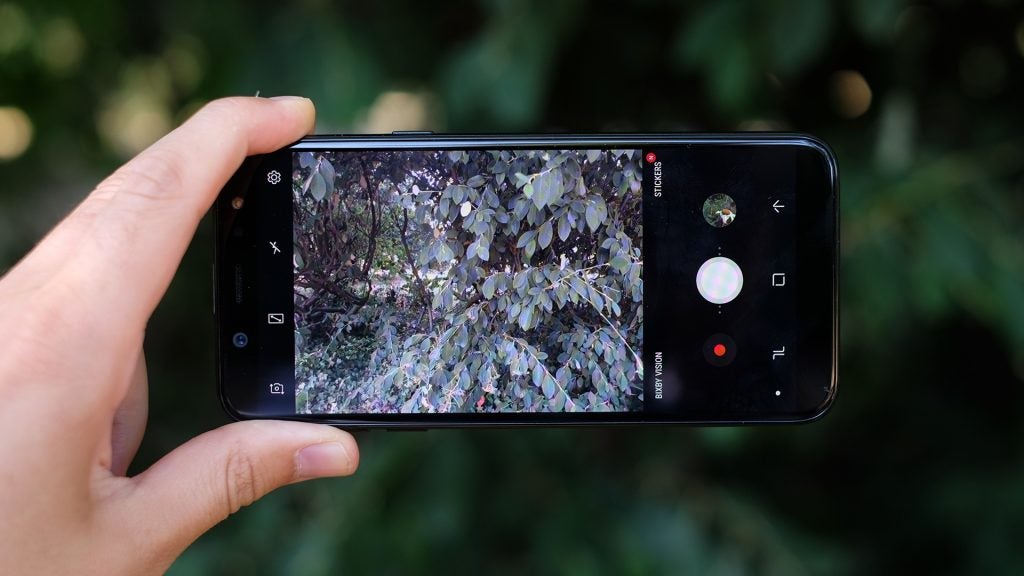 The Samsung Galaxy A6 doesn’t have noticeable dynamic range optimisation, or an Auto HDR mode. You can shoot HDR images manually, but doing so is slow and often results in ghosting, which looks like a double exposure.

This happens when there’s too long a gap between the multiple exposures used for an HDR image.

Dynamic range enhancement has long been an essential element for taking good photos on bright days. Without it, the Samsung Galaxy A6 is far too susceptible to overexposure when there are bright and dark areas in a scene.

Just about all rivals at the price have decent, automatic dynamic range enhancement, including the Moto G6 and Honor 9 Lite. That Samsung is actually one of the best proponents of fast, effective HDR in its mid-range and high-end phones only makes the issue more frustrating.

I’d much rather have good Auto HDR than Bixby Vision, the Samsung Galaxy A6’s most “visible” camera extra. This is used to scan objects, receive local AR-style information and digitise text. The latter, in particular, is quite useful – but Bixby Vision does feel a little slow and jerky on this phone. 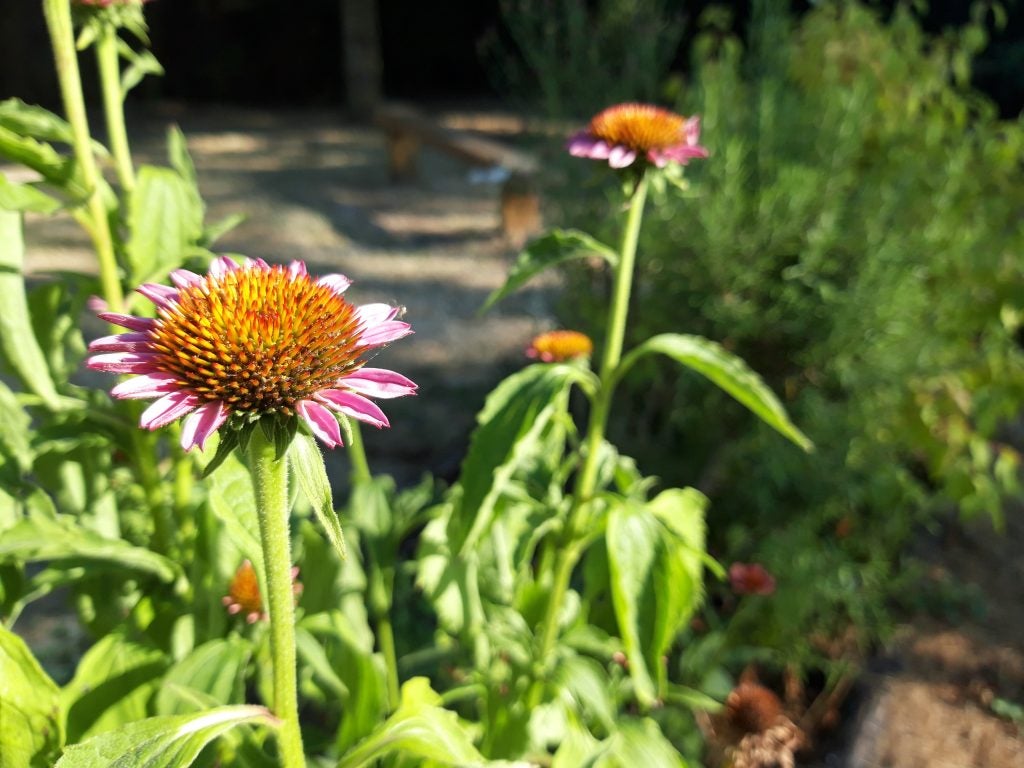 With the right scene, you can get punchy-looking photos 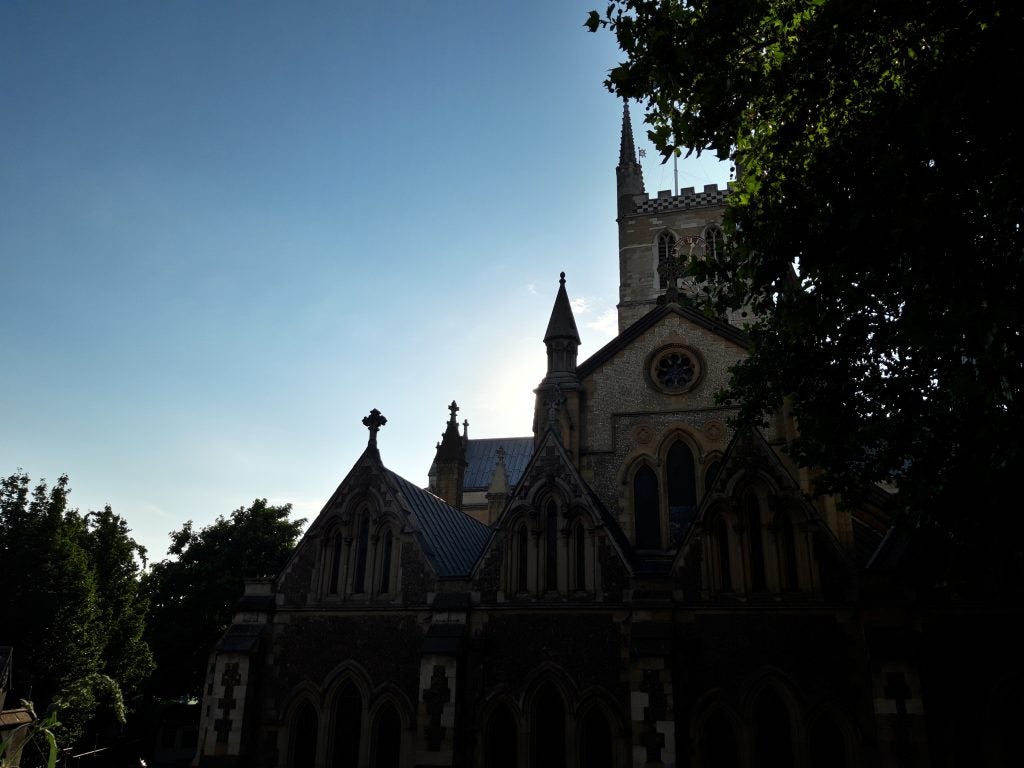 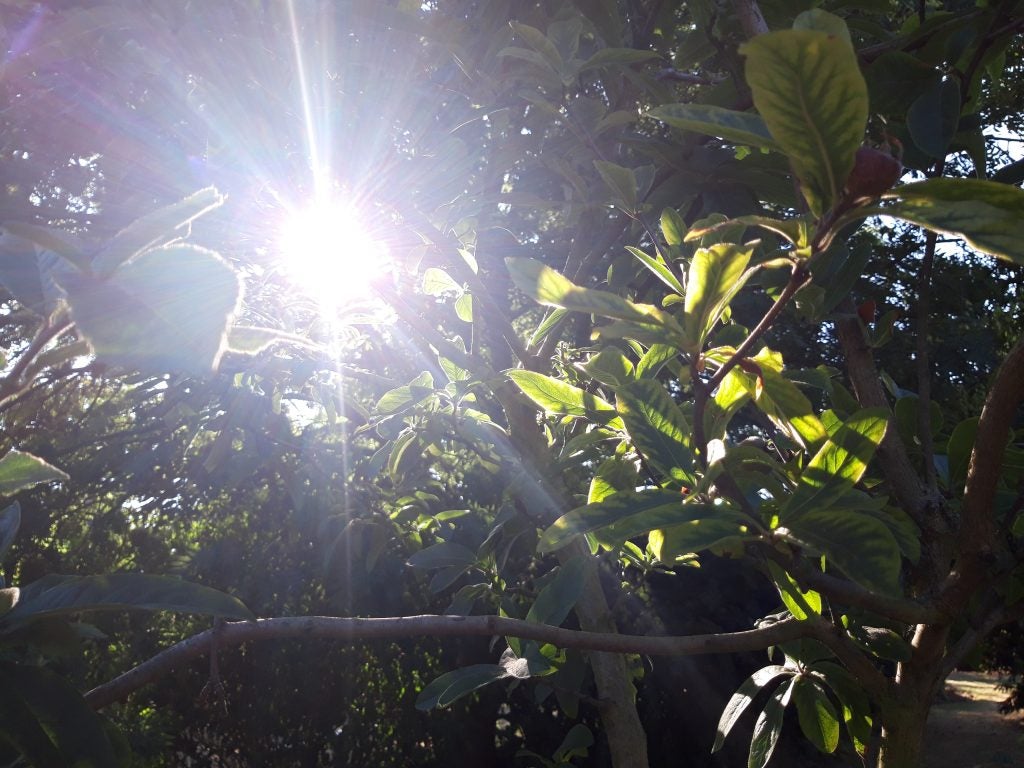 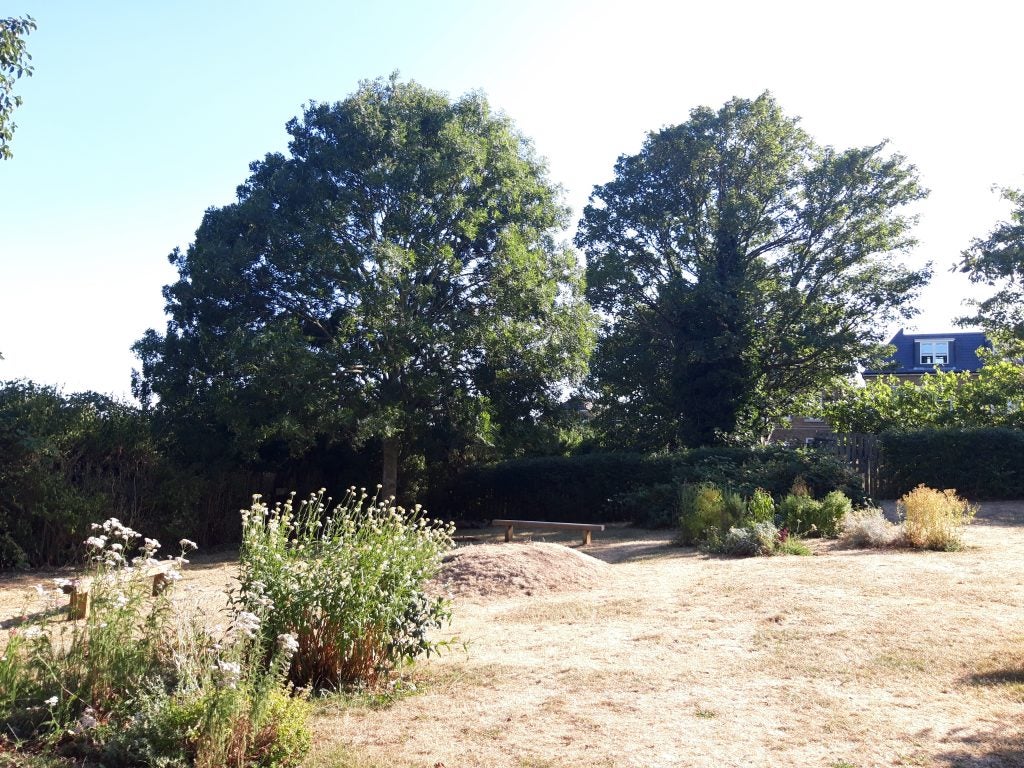 The Samsung Galaxy A6’s camera is disappointing, then, but it does have some strong points. Normal shooting feels fast, and when you don’t test the fairly unimpressive limits of the main sensor’s native dynamic range, you can take some striking photos.

Colour is vivid but natural enough. And while images look more processed than those of a higher-end 12-megapixel camera, the level of detail is good.

It seems likely the Exynos 7870’s ISP, the part of the processor that handles the camera sensor feed, just isn’t powerful enough to stack up against other phones at the price in 2018. And just like those phones, low-light images aren’t great. They usually look soft or smeared.

Video shooting is basic, too. There’s no 4K, no HDR video, and no high-frame-rate capture either. This is in part a limit of the S5K2P6 sensor (used in both front and rear cameras), since it only shoots at up to 30fps.

As you’d hope from a very high-res selfie camera, the Samsung Galaxy A6 can capture plenty of fine detail, facial hairs and even pores. However, you do have to keep the phone very still to get a sharp image, unless you’re shooting in bright conditions. The best 8-megapixel front cameras are better in practice.

The Samsung Galaxy A6 has a 3000mAh battery. Thanks to Samsung’s power-efficient OLED screen and generally good software power management, this is one of the longer-lasting phones with this capacity at present.

A half-hour of Real Racing 3 takes 12% off the battery, suggesting you’ll get 4-5 hours of high-end gaming from a single charge. And playing locally stored video is easy on the juice, too. The phone lasts 14-15 hours at mid-level brightness.

However, don’t expect miracles. This isn’t an ultra-high capacity phone, and you’ll have a decent 20-30% – not 50% – chunk of charge left by bedtime if you’re a moderate user. It’s a solid one-day lasting phone; not one that will last two days for many people.

The Samsung Galaxy A6 also lags behind the Moto G6 in a more technical sense. It uses a micro-USB charge port, not USB-C, and doesn’t offer fast-charging capabilities. 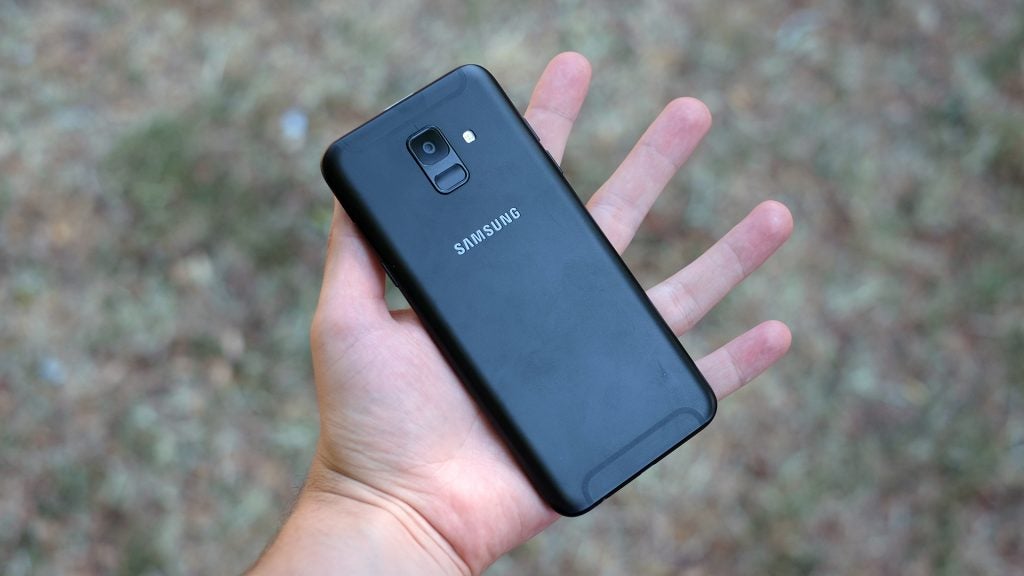 Why buy the Samsung Galaxy A6?

If you’re after a phone for the basics, the Samsung Galaxy A6 is solid. It feels fairly fast, the metal design is pleasant, and battery life is good enough.

However, the price does seem a little high for what you’re getting. The screen resolution is low, camera processing is basic, and the processor is a ageing. While many of the more popular games still run perfectly well thanks to the lower screen resolution, they don’t look as good as they should.

You won’t find many better deals from Samsung or Sony without sacrificing an 18:9 screen and buying an older phone. However, Huawei, Honor and Motorola offer better value with the Moto G6 family, the Honor 9 Lite and Huawei P20 Lite.

Nevertheless, there are those who won’t find the above options too appealing next to a Samsung Galaxy.

It’s a solid phone for the basics, but rival devices offer more for your money.