Keeping the Samsung Galaxy A5 chugging along is a brand-new octa-core Exynos 7880 CPU, with a slightly higher clock speed over its predecessor. However, it’s the 14nm manufacturing process that really makes it an interesting mid-range CPU.

A lower number here represents a more efficient processor, and this helps the Galaxy A5 achieve impressive stamina. General performance is good, with little to no lag, but it’s nowhere near as snappy as the only slightly more expensive OnePlus 3T. 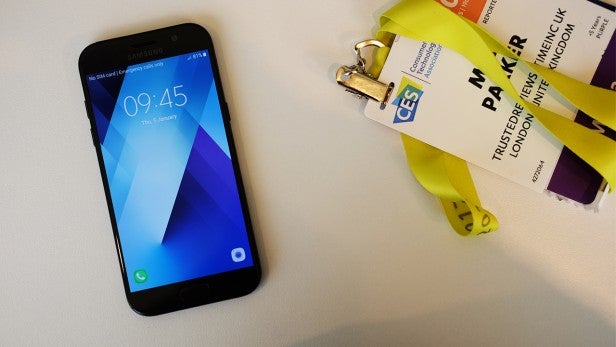 Apps, photos and and video streams run superbly, while media-heavy websites such as TrustedReviews load without a hitch in Chrome, and apps such as Instagram only occasionally hang when working on bigger tasks.

The 3GB of RAM is a given for a mid-ranger now, and it’s a decent middle-ground. Working simultaneously on a few apps is fine, but you’ll probably want to force-close intensive games if you have a few open.

The on-board Mali-T830 MP3 graphics are perfectly adequate, too. Asphalt 8 runs fine at Medium settings, while less-intensive titles such as Alto’s Adventure and Horizon Chase are equally as fast as on higher-end phones. You might notice slightly slower load times, but only if you place the Galaxy A5 next to the Galaxy S7. 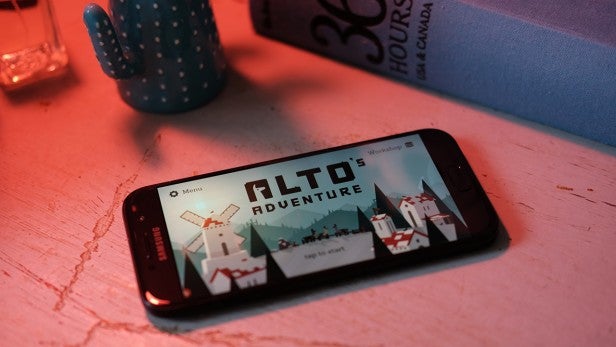 In the AnTuTu performance benchmark, the Galaxy A5 scored a little over 60,000, putting it slightly behind the Lenovo P2 – which happens to be significantly cheaper – and in the same area as the Moto Z Play and Asus ZenFone 3; it’s ahead of the iPhone 6S Plus.

If, like me, you struggle with poor Wi-Fi reception at home, you might notice slightly weak performance when you’re some distance from the router. Performance isn’t as disappointing to that of the OnePlus 3, but the A5 is nowhere near as steady as the Google Pixel or any Huawei device. Call quality is good, however, and the microphones do an impressive job of filtering out background noises.

Samsung’s weak point for many years has been a disappointing software experience, mostly because of its over complicated TouchWiz UI. Thankfully, the company has made huge improvements since the Galaxy S6, with the remnants of TouchWiz actually pretty good now. It’s still a long way from the idea of “stock” Android, but it’s no longer a burden.

As the A5 is the first phone from Samsung since the short-lived Galaxy Note 7, it inherits many of the software features from that phone.

A cleaner, whiter UI is the most noticeable change, but a sparse Settings menu and redesigned base apps are welcome too. Also present is the ridiculously handy Secure Folder – a locked place where you can store private passwords, documents and photos. 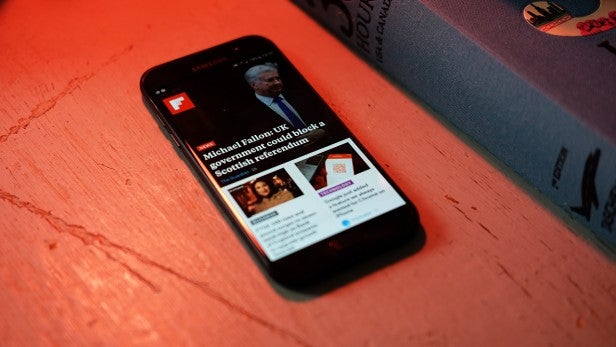 My biggest criticism with regards to the software is that the Galaxy A5 is stuck on Android 6.0.1, rather than the Nougat build that’s rolling out to Galaxy S7 owners.

Normally I’d berate a phone for shipping with such outdated software – but, to be honest, many of the Nougat-specific features are already available here. Split-screen multitasking is included, as are DPI altering options. Plus, Nougat should be arriving in an update before the end of Q1.