The Samsung Galaxy A30 feels a lot less premium than the Galaxy A50, and features a less impressive (but still good) camera. Without knowing how much this will cost, I can’t say for now if the Galaxy A30 is shaping up to be a bargain or a busted flush.

The Samsung Galaxy A30 is one of two mid-range phones announced by Samsung at MWC 2019, and is apparently named after the third longest A-road in Britain.

For your money you get a phone with a dual lens camera, a vibrant 6.4-inch Super AMOLED display and a 4000mAh battery, which should give you more than enough power to get through the day.

The Samsung Galaxy A30’s specs are not cutting edge, but they are impressive and the phone looks great. This could be a winner – if the prices are right.

Samsung has not announced when the Galaxy A30 will be going on sale, and we don’t yet know how much one will cost, or if any networks will be picking this up. Reps at Samsung’s Mobile World Congress booth also couldn’t tell us anything.

We’ll update this section once we hear of UK prices, network availability and release dates. 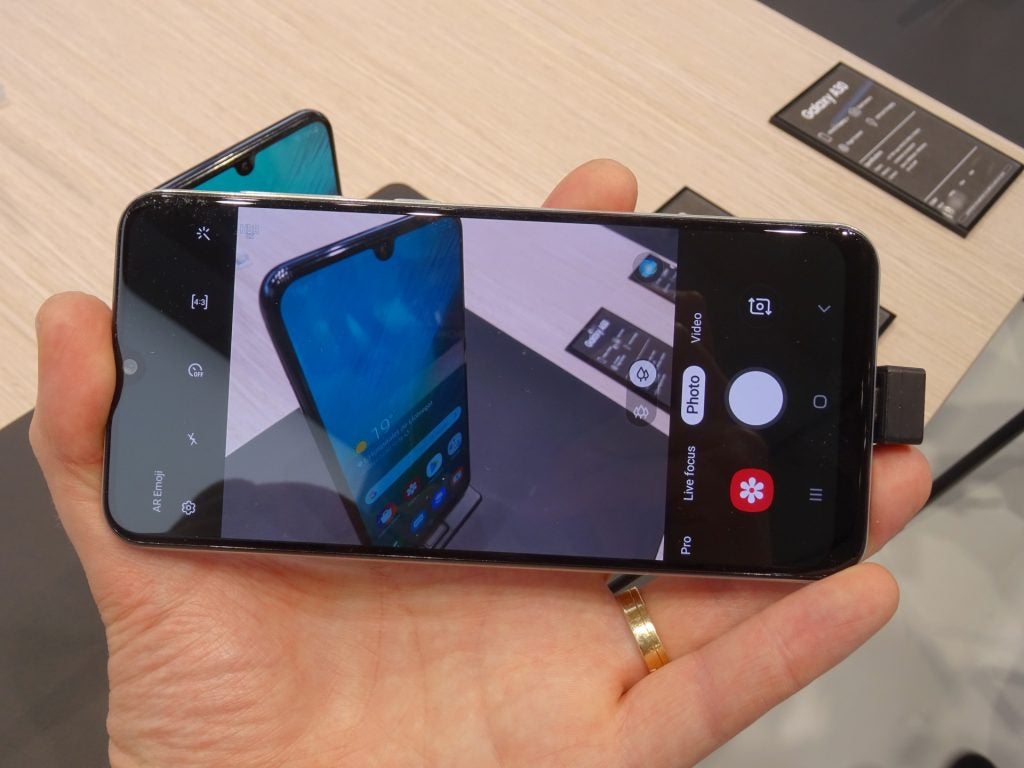 Samsung Galaxy A30 specifications and features

At a glance, there’s no difference between the Samsung Galaxy A30 and the A50 – they both have the same 6.4-inch 2340×1080 Super AMOLED display with the same punchy brightness which cut through the overbearing lights of Samsung’s booth. They both have the same ultra-thin bezels at the edges (called ‘Infinity-U’, as per Samsung’s brand book) and the same teardrop notch.

Flip the Galaxy A30 over, and you’ll spot two major differences right away. Here, you get a dual-lens camera, with a 16-megapixel sensor and a f/1.7 lens coupled with a 5-megapixel sensor with an f/2.2 lens, and a fingerprint scanner. 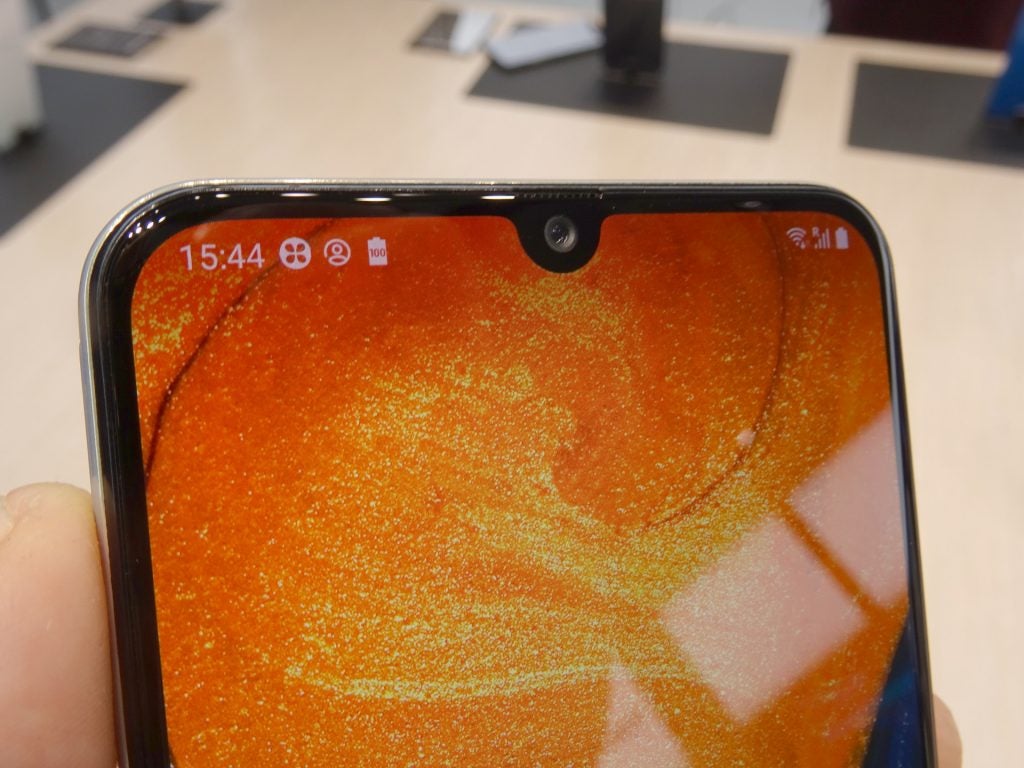 The Galaxy A30 might lack the hole punch camera cut out of the Galaxy S10, but the notch here is pretty discreet.

That said, I was able to get 4x magnification through the main camera, but nobody on hand could explain if this was down to traditional digital zoom or not. The camera software didn’t feel as polished as the Samsung Galaxy A50’s either, so it’s probably not the finished article.

Other differences between Samsung’s 2019 mi-range phones are all to be found under the hood. The Samsung Galaxy A30’s processor features eight cores, but until the four 2.3GHz and four 1.7GHz cores of the A50’s CPU, the A30 has two 1.8GHz cores and six 1.6GHz cores. On paper, this means that the Samsung Galaxy A30 will be less capable at rendering HD games and video, as it has just two faster cores dedicated to heavy lifting, versus the four that the A50 does.

As there wasn’t enough time to play any games of stream HD video, it’s impossible to say until we get both the Galaxy A30 and Galaxy A50 in for review.