The Galaxy A3 runs Android 6.0.1 at launch, and has Samsung’s familiar interface wallpapered on top. Given the Galaxy S7 has already been updated to Android 7.0 in some territories, it’s a shame the A3 doesn’t benefit from it too.

Advanced notifications are the main difference between the two versions: Android 7.0’s display more information and let you reply to messages direct from the notifications bar, for instance. 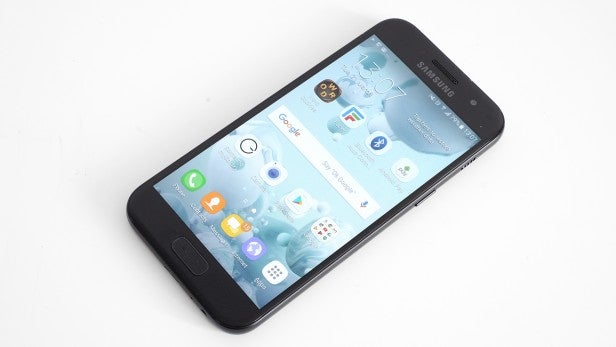 In return, the Samsung interface injects a bunch more customisation, and a different style. It uses app menu pages rather than a great long vertical scroll for example, lets you choose how the icons are arranged, and allows app menu folders.

There are also themes that give your Samsung Galaxy A3 a new look with minimal effort, although many of these now cost money. The app puts paid-for options at the top – Samsung gets its cut, after all – but it’s still possible to find free ones. 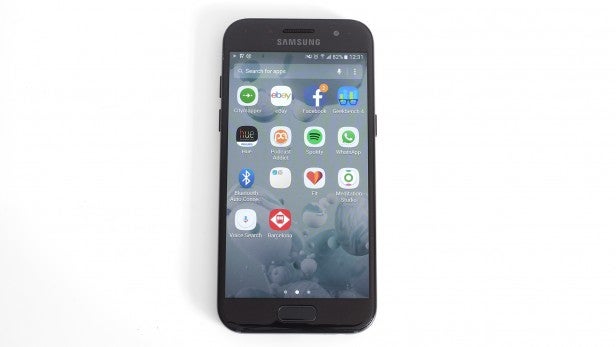 Samsung also includes masses of preinstalled apps, which aren’t entirely welcome when the Samsung Galaxy A3’s storage is limited. There’s the Microsoft Apps suite, including Word and OneNote, but since these are free to download, their value is thin.

S Health is probably the most interesting of Samsung’s own apps. This is now a full fitness and ‘wellness’ platform, allowing you to simply track your steps, but also log your food and GPS-track hikes, cycles and walks as well. There are plenty of alternatives on Google Play, but just running S Health the once is a good way to turn the Samsung Galaxy A3 into a low-key fitness tracker.

Samsung’s interface doesn’t feel as fast as vanilla Android – but the Galaxy A3 in particular doesn’t feel slowed-down by the relatively low-end hardware at its core. The phone has an Exynos 7870, a CPU with eight Cortex-A53 cores clocked at up to 1.6GHz, and a Mali-T830 GPU.

Each part here is less powerful than that included in the Moto G5 Plus, which has faster slightly CPU cores and a better GPU. For the price, the level of power is acceptable at best, but you can reasonably argue it doesn’t need any more. 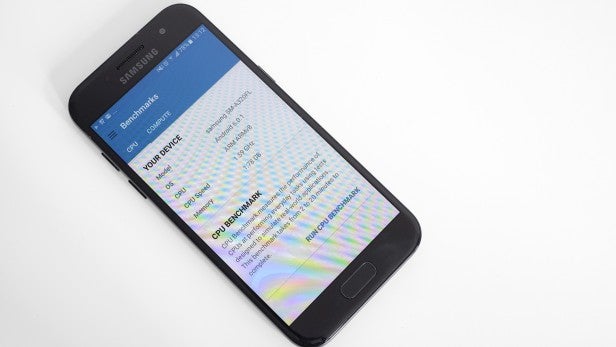 High-end games such as Asphalt 8 run well, with only slight dips in the frame rate at the start of races and during very high poly-count scenes. The drop in graphics quality between a 1080p screen and a 720p one such as this is quite obvious, however. As already mentioned, there are better phones out there for gamers.

In Geekbench 4 the Samsung Galaxy A3 scores 3342 points, which is typical of a phone with eight Cortex-A53 cores.