I’ve been watching the development of Samsung’s Digimax digital camera series with some interest. Just two years ago I would have considered them to be the lame ducks of the industry, but since then they have come on in leaps and bounds to the point where Samsung’s cameras are at least as good as anything else on the market, and at a price that few others can beat. It got the tricky combination of price and specification right with the impressive Digimaz V700, which was reviewed here back in April 2004, and the company is now exploring niche areas of the market with three new models, the high-end Pro 815, the sleek and stylish i5, and this, the unique L55W widescreen camera. 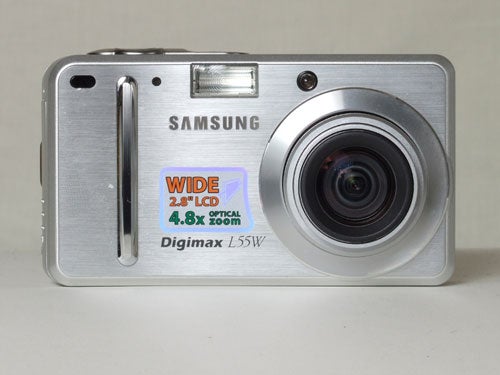 There have been a few implementations of the widescreen format in previous digital cameras, most notably the FinePix F810 Zoom from Fujifilm, but the Samsung L55W adds a few extra features to really get the most out of the format. For one thing it is the only widescreen camera with a truly wide lens, a good quality 4.8x optical zoom unit with a short end equivalent to 28mm. Where the Fuji camera only crops down a 32.5mm lens to get the widescreen effect, the Samsung delivers genuine wide-angle performance. This offers the potential for full-length portraits and panoramic landscapes which no other digital camera on the market can match. Add to this 5.0 megapixel performance, a start-up time of under two seconds and a strong all-metal body, and the L55W is clearly a camera to be reckoned with, especially considering that it has a list price of just £249.99, and can be found for as little as £199.99 from some online retailers. 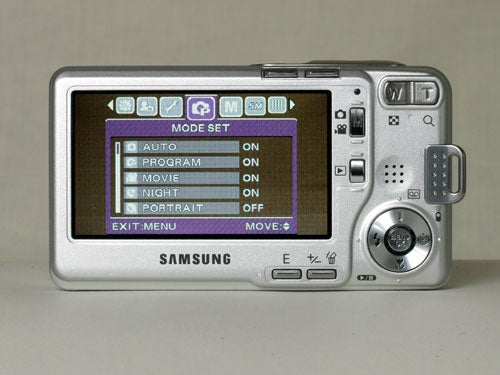 In overall design, the L55W shows how far the Digimax range has come since the awkward and ugly V50 launched early in 2004. The L55W has a solid, attractive and understated brushed-steel-effect aluminium case. It is a very blocky shape, with flat parallel surfaces and defined corners. The case is a little thicker at the right-hand edge, providing a comfortable shape to hold. The front panel has a raised finger grip, while on the back the textured strap lug doubles as a thumb rest.

Thanks to the presence of the very large high resolution 2.8in 16:9 format LCD monitor, space on the back of the camera is limited, and as a result the control ergonomics could be a little better. The D-pad is positioned in such a way that I found myself pressing the bottom of it accidentally while holding the camera, switching the camera into macro mode. I also found that the mode button that switches between single shot and movies was too close to the zoom control, and was similarly prone to accidental activation. However I do have very large hands, so this may not be a problem for most other people. 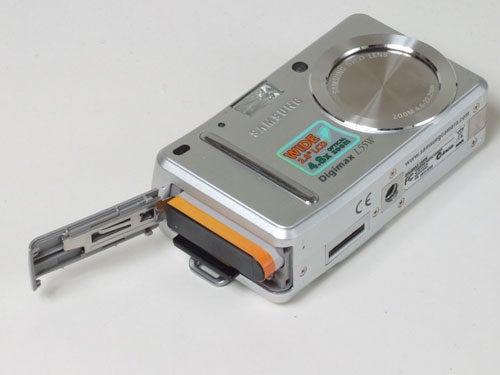 Other than those quibbles, the external controls offer plenty of options. The most interesting is the ‘E’ button, which provides quick access to colour filters including an unusual negative mode, a selection of special area focus modes for portraits and group shots, some split-image options for composite shots, and some marvelously tacky frames that can be superimposed on your shots. Dame Edna glasses? Yuck!


A further button allows manual adjustment of ISO, white balance, and exposure compensation. Switching between widescreen and 4:3 mode has its own button, and flash modes, macro mode, self timer and voice recording are secondary functions of the D-pad. Special scene modes including portrait, landscape, children, text, dawn, sunset, backlight, fireworks and beach/snow scenes are accessed by the mode button. For everything else it’s a trip into the menu system. Fortunately the menu is clear and concise, so this is no great hardship. 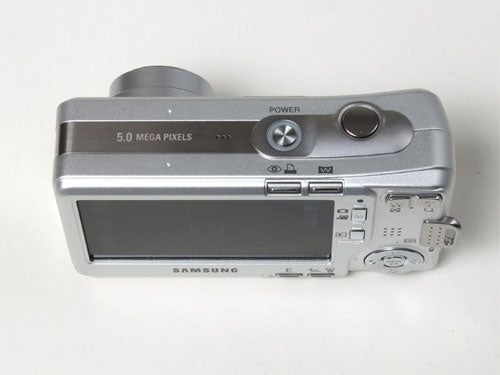 As I mentioned earlier, the L55W has a good fast start-up time, and overall its performance is excellent. Autofocus speed isn’t going to break any records, but it’s quick enough and copes reasonably well in low light thanks to a built-in AF illuminator. In single-shot mode at full resolution it can manage five shots in seven seconds, and can keep up this rate for 18 shots before it has to pause for a few seconds to empty the buffer, which is fairly impressive. In continuous mode, pressing and holding the shutter fires off four shots in about a second, but since only the first shot makes a shutter sound it is hard to tell when it’s working properly. An audible click-click-click-click would have been better.

In movie mode the L55W offers VGA resolution at 30 frames per second, although the full image size is cropped to give the widescreen effect. It uses MPEG-4 image compression, so recorded quality remains high while making the most of the available space, with over two hours recording on a 256MB card. Electronic image stabilisation is available in video mode, and there are some useful editing functions available in playback mode. As well as this, the L55W also has an excellent macro mode, able to focus down to just 2cm.


I was not able to fully evaluate battery life, but the camera has a big 1280mAh Li-ion rechargeable cell, and several days of shooting, mostly with the flash, did not budge the indicator from reading fully charged.


Sadly, the otherwise exemplary performance and specification of the L55W is badly let down by poor image quality.

The images are massively over-processed, robbing what would otherwise be outstanding shots of much of their fine detail. This is most likely done to combat image noise, because the L55W also has a big problem in this department. In long-exposure test shots, some image noise was present at 50, 100 and 200 ISO, but at 400 ISO the noise reduction seemed to switch off and then things got really bad. Take a look at the sample shots to see what I mean.


This is a real shame, because in all other respects the image quality is excellent. The lens produces good edge-to-edge sharpness with minimal distortion even at wide angle, exposure and colour rendition are superb and flash range and coverage is well above average. The sharpness level is adjustable, but I found that even at the sharpest setting images still lacked the fine detail one would expect from a 5MP camera.


This over-processing could be a real problem if you regularly print your pictures at A4 or larger. However at normal snapshot print sizes the L55W can still produce outstanding results, and is the only true widescreen camera on the market.


The Digimax L55W is a solidly made and well designed camera from a much-improved brand, offering a good specification and excellent performance at a bargain-basement price. The movie mode is good, the bizarre frames are just silly, however it is the wide-angle widescreen capability that really sets the L55W apart. There’s nothing else on the market that can do what this camera does. It’s just a shame that the image quality doesn’t live up to it. 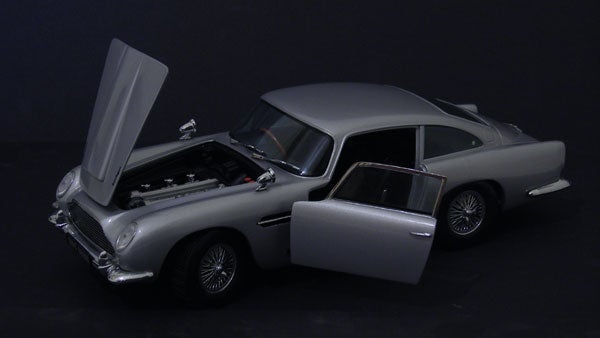 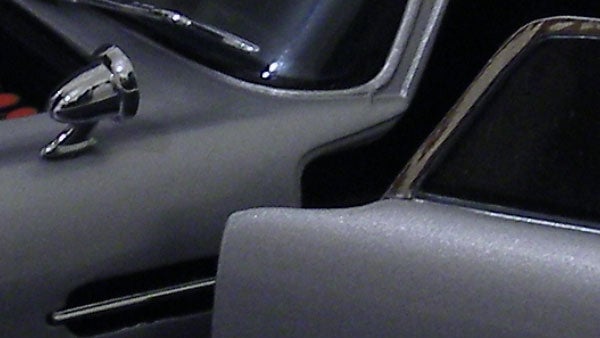 With a shutter speed of 1 second at maximum aperture, this 50 ISO shot shows some image noise and colour distortion in the mid-tone areas, although oddly the darker areas are noise free. 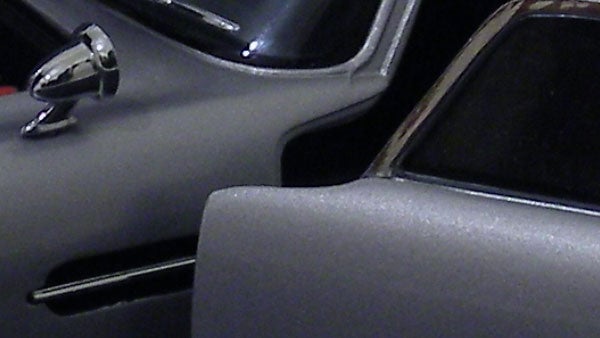 Something odd is happening here, because despite doubling the ISO, the exposure settings are exactly the same as the 50 ISO shot, as is the level of noise. 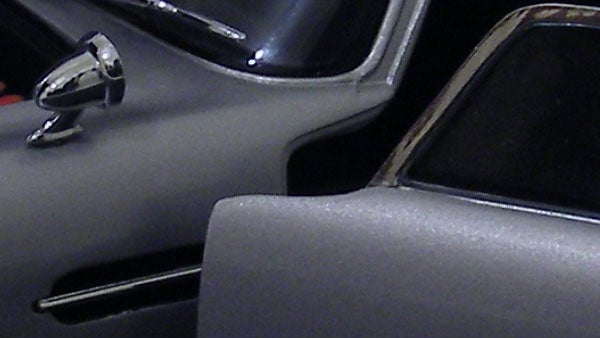 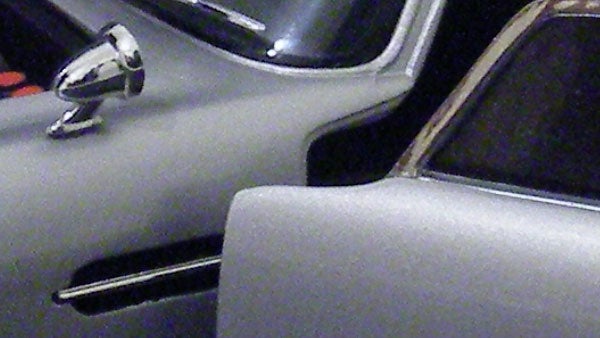 At 400 ISO, suddenly there is extensive image noise all over the shot, and especially in the darker areas. Apparently noise reduction doesn’t operate at this setting. 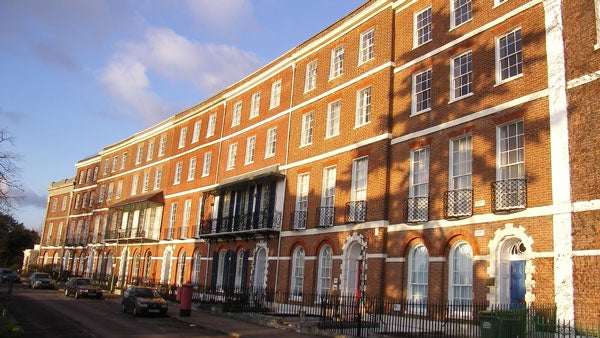 The wide angle of the lens can produce some odd distortion if the camera is not kept level, but this is common to all wide-angle lenses. 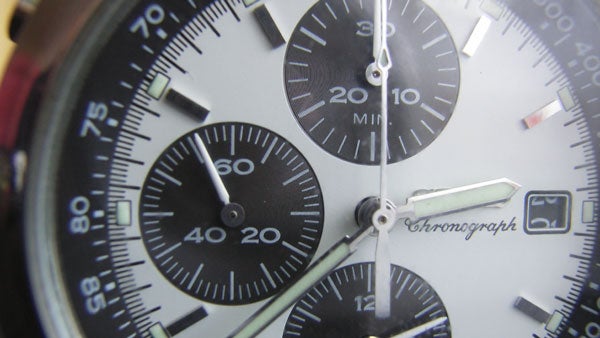 The L55W has an excellent 2cm macro close-focus range. 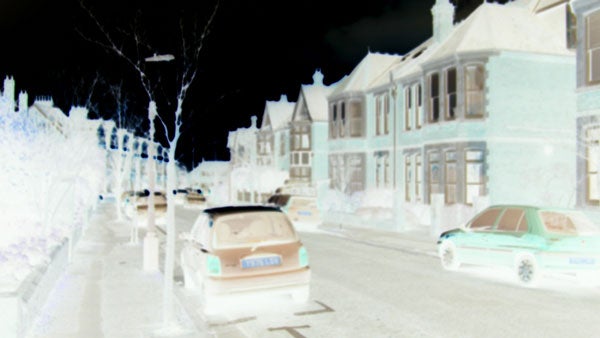 Among the colour filters available is this unusual negative image mode. Not too useful, but weird nonetheless. 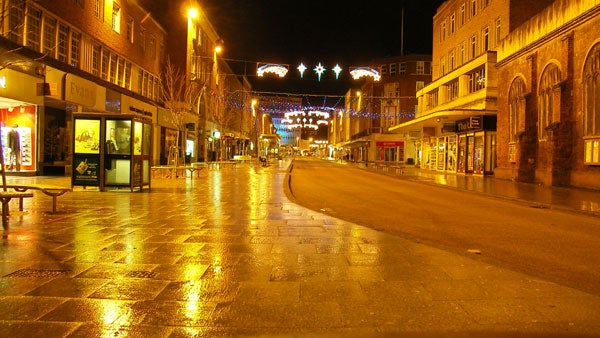 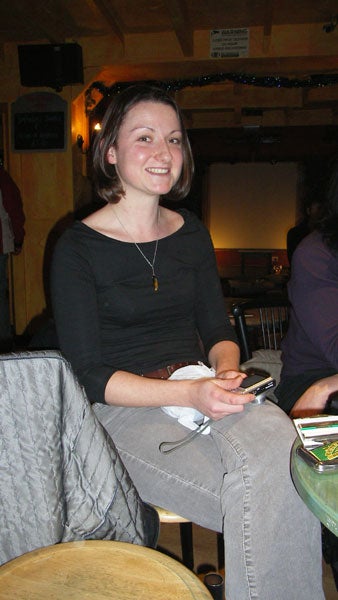 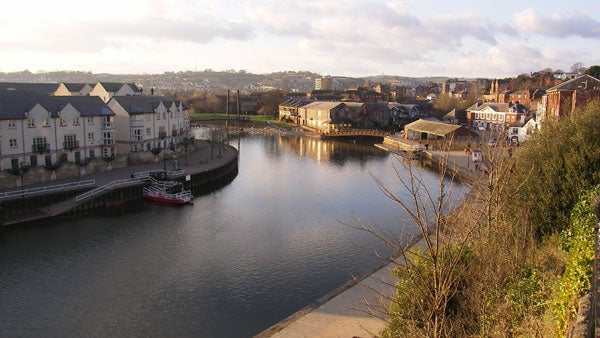 With the short end of the zoom range equal to 28mm, the L55W is ideal for wide panoramic landscape shots. 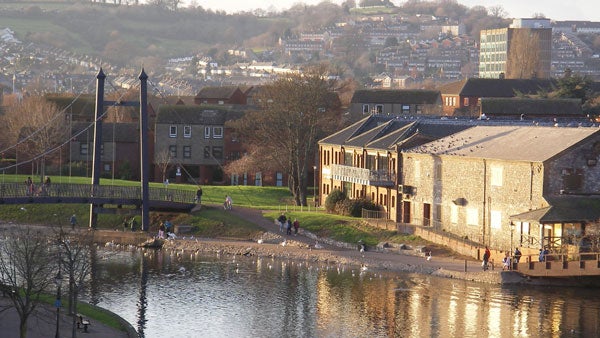 Taken from the same vantage point as the previous shot, but at maximum zoom, this shot shows the lens’s 135mm-equivalent telephoto capabilities.