Standard definition channels are perfectly watchable by obviously lack the sharpness, vibrancy and depth of HD. There’s also evidence of MPEG block noise and shimmering mosquito noise on moving objects, which is common to SD Freeview pictures. But colours look bold, movement is fluid and you can make out patterns and detail quite clearly. Both HD and SD pictures captured on the hard disk are indistinguishable from the live broadcasts. 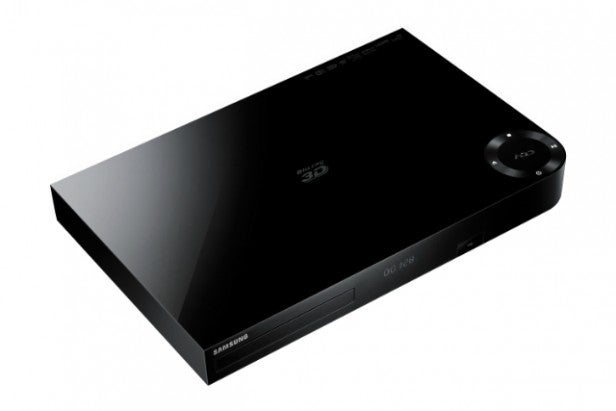 Switching over to Blu-ray, the BD-H8900 makes The Hobbit: An Unexpected Journey look fantastic. The movie’s intricate CG effects look crisp and clean throughout, while objects boast clean edges and smooth movement – even with thousands of small figures moving busily around the screen.

During the opening shots of the Shire, fine textures like stone walls, grass and tree leaves look sharp and stable, while colours are subtly rendered, making the picture seem natural and nuanced but never garish. The various tones and subtle shading on the background walls inside Bag End are smoothly blended, with no stepping to speak of. DVD picture quality is inevitably softer but colours look punchy and objects are generally well-defined.

The BD-H8900 also puts in a terrific performance with our trusty Silicon Optix HQV Blu-ray, locking instantly to the Video and Film Resolution Loss test patterns (with only a slight flicker on the latter) and rendering the ‘jaggies’ test with perfectly smooth, straight lines on the edges of the moving white bars. The camera pan across Raymond James stadium is assuredly handled – there is some moiré noise on the smallest seats on the top tier, but otherwise the movement is smooth and judder free.

When we reviewed them last year, Samsung players were some of the fastest disc loaders we’d encountered and this year’s are roughly the same, although the standalone BD-H6500 is slightly quicker. We tried the tricky Terminator Salvation Blu-ray disc, and it took 30 seconds from pressing ‘close’ with an open tray to showing the first video clip. The Hobbit was up and running in half that time.

Through our reference system (Teufel Theater 3 speakers, Onkyo TX-NR818 receiver) the BD-H8900 does a surprisingly good job with music. Audio files and CDs sound crisp and punchy, with a good balance across the frequency spectrum, while MP3 and AAC files are also enjoyable.

The BD-H8900 is an excellent Blu-ray player/PVR with a generous range of features and terrific performance, making it well worth £330 of anyone’s money. Particularly impressive are its online content, DLNA functionality and Freeview performance.

The revamped user interface is looks fresh and funky, although the improvements are purely aesthetic. The menu layout is pretty much the same as last year’s models, but that’s a good thing. It’s a flexible, user-friendly machine that makes Blu-ray and Freeview operation a breeze, despite the slightly sluggish menu cursor.

One minor criticism is that the BD-H8900 is a little too similar to the F series players to be a truly compelling purchase. You could buy the BD-F8900 and be just as happy. For that reason, a few more new features might have been nice – multiroom is a great idea but you’ll need to invest in Samsung’s M5 or M7 speaker and hub to use it – but to be fair, there are so many features on board already that you’ll be too entertained to care.

Bursting with features, easy to use and capable of top-drawer hi-def pictures, the capacious BD-H8900 is a cracking Blu-ray PVR combi.