What is the Samsung ATIV Tab 3?

The Samsung ATIV Tab 3 is the world’s thinnest Windows 8 tablet, lining up at just 8.2mm thick. It is cut from a similar design principle to the Android powered Samsung Galaxy Tab 3 10.1 and features a 10.1-inch plastic body.

It has taken away some of the business impetus usually associated with Windows 8 tablets, with a familiar form factor hiding away a bundled Samsung S-Pen stylus. The ATIV Tab 3 is Samsung’s Windows 8 counterpart to the Samsung Galaxy Note 10.1.

Is the Samsung ATIV Tab 3 enough to tempt the casual tablet user down the Windows 8 route? We have gone hands-on to find out. 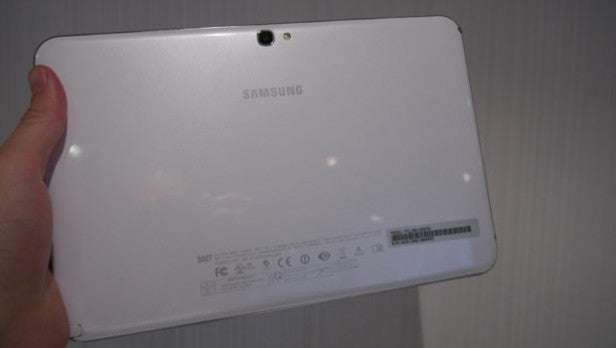 The Samsung ATIV Tab 3’s design is extremely familiar, sporting the same rounded edges and plastic build as the Samsung Galaxy Note 8.0. At just 8.2mm thick it is breaking records, but more than that it is a nicely curved, aesthetically pleasing offering.

It feels comfortable in the hand with the tablet’s full weight spred evenly across the device’s full 10.1-inch form factor. The Samsung ATIV Tab 3 weighs in at just 550g, a full 100g lighter than the iPad 4. As such it is not a strain on the wrist and we can see ourselves carrying it around all day with little concern.

The ATIV Tab 3’s S-Pen integration is seamless. Located in the lower right corner of the tablet, the stylus slots discreetly into the body.

As with the Samsung Galaxy S4, however, the ATIV Tab 3’s design is brought down by its plastic construction. It looks nice enough, but it doesn’t feel as refined or sturdy as rival 10-inch tablets. 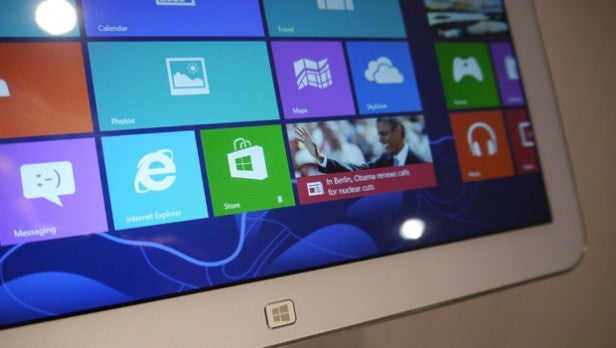 The Samsung ATIV Tab 3’s screen is a strong addition that felt bright and responsive, but not quite on par with some recent tablet offerings. It supports just a 1,366 x 768 pixel resolution spread across its 10.1-inch form, a far stretch from the 2560 x 1600p, 300ppi display found on the Google Nexus 10.

During our hands-on, colours felt bright and bold. The tablet’s multitouch options were also second to none with the ATIV Tab 3 proving highly responsive to our fingers’ commands. Despite making a strong first impression, we require more time with the device to pass full judgement on its screen. 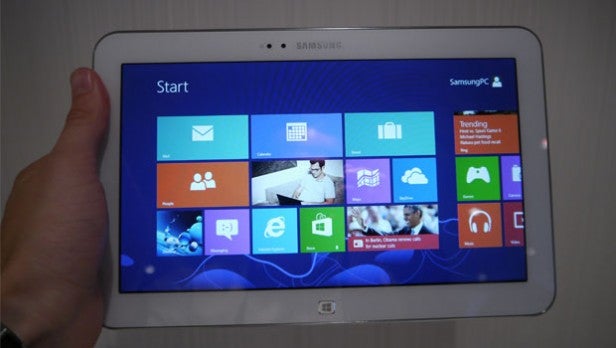 The performance of the Samsung ATIV Tab 3 ticks all the boxes required to make a satisfying tablet without ever setting the world alight. On first impressions it felt fast, not as smooth as the Nexus 10, iPad 4 or the Microsoft Surface Pro perhaps, but smooth enough.

The Samsung ATIV Tab 3 packs an Intel ATOM Z2760 CPU and 2GB of RAM. The integrated camera is another efficient addition. Capable of shooting 720p HD video it is smooth and with half decent light management on first use. Again further testing will be required ahead of a full review.

The same can be said about the Samsung ATIV Tab 3 battery life. Touted on paper as a 10 hour performer, we cannot yet currently vouch for this level of performance.

The Samsung ATIV Tab 3 is a peculiar device, caught somewhere between the expectations of Windows 8 and Android tablets. Lacking some of the business impetus of the traditional Windows 8 tablets, such as the Microsoft Surface Pro, the ATIV Tab 3 boasts a sleek, streamlined form more akin to an Android offering. Whatever the case, this halfway house of a tablet is pleasing in the hand and enjoyable to use.